“If you can spray it and lock it, you can take off in a rocket” trills an enigmatic TV host in the latest musical to take to the stage at Milton Keynes Theatre. Hairspray certainly delivers a powerful performance.

Amidst a stage bathed in a pink glow, we are welcomed to the ’60s (June 1962 to be precise) in Baltimore, Maryland. Here, we follow the bold journey taken by a larger-than-life high school student whose sheer passion for dance sees her going all out to fulfil her dream to star on local teenage dance television programme, The Corny Collins Show (based on the real-life TV hit, The Buddy Deane Show).

The show begins with “pleasantly plump” Tracy Turnblad (Italia Conti graduate Freya Sutton, making her professional theatre debut) musing about her fondness for her hometown, her love of dancing and her desire to be famous. Tracy is all about big – big hair, big personality and big heart – and she is radically open to new ideas and new styles.

At school, Tracey receives a warning about her inappropriate hair height and her openness to others sees her embrace everyone (from “the rats on the street” to “the flasher who lives next door” and “the bum on his bar room stool”).

She is the perfect heroine, then, for this musical as Hairspray is a social commentary of the injustices experienced by sections of American society in the 1960s. Through the toe-tapping song and dance numbers, the serious issues of racism, “size-ism” and difference are addressed. 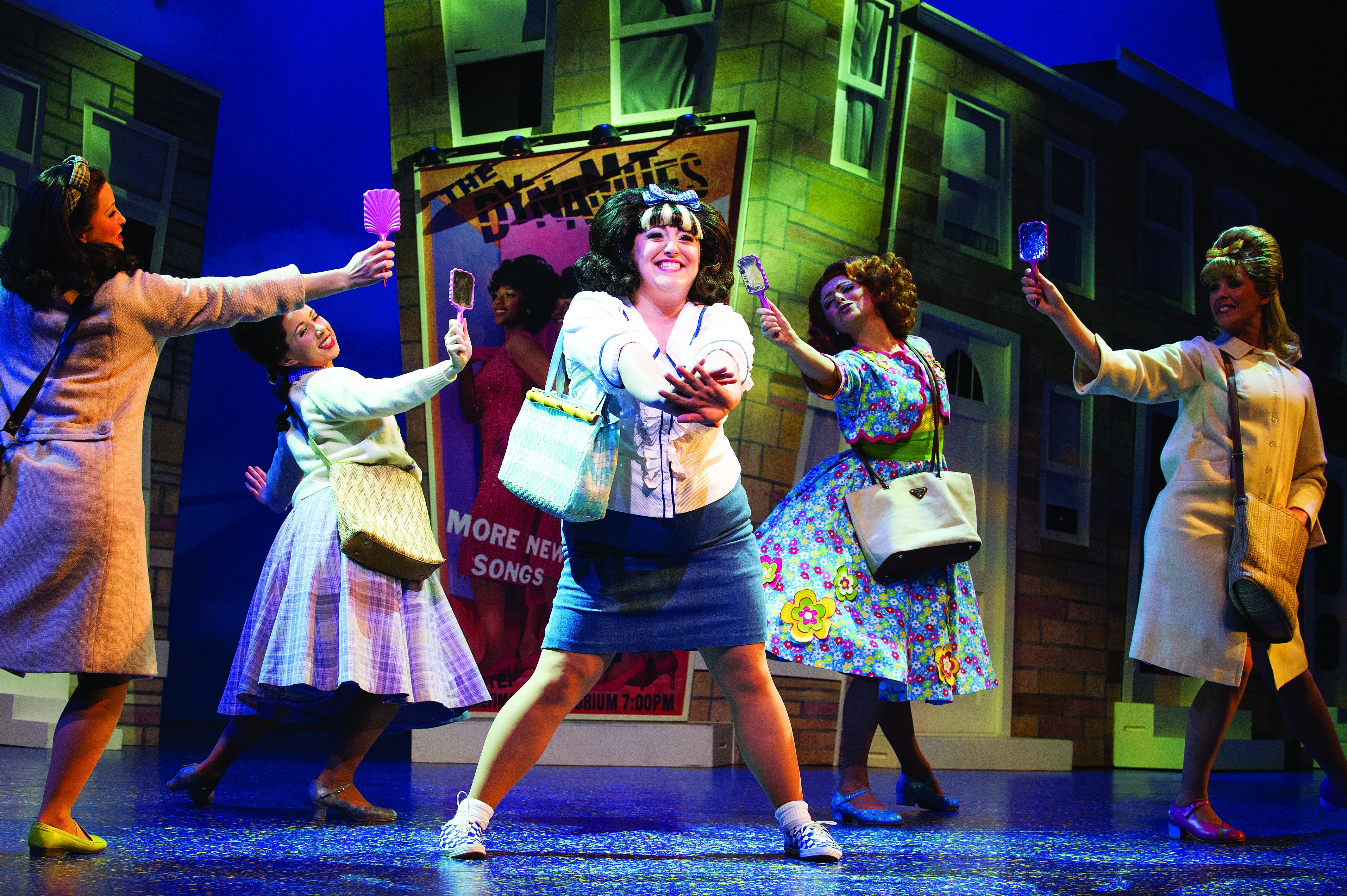 The UK musical opened in the West End in October 2007, picking up a record-setting eleven Olivier Award nominations, winning Best Musical, as well as acting awards for Best Actor and Best Actress in a musical (Michael Ball as Edna and newcomer Leanne Jones as Tracy).

Now on its second national tour, Hairspray continues to draw in excited and enthusiastic audiences. The auditorium at Milton Keynes Theatre was entranced from the moment Act 1 began.

Desperate to join the Nicest Kids in Town (the picture-perfect teens who dance on the show), Tracy can barely conceal her excitement when it is announced that auditions for a new dancer will be held. (The need for a new dancer is because ‘Brenda’ is leaving the show “for approximately nine months…”).

Tracy’s shy, plus-sized mother, Edna (the fabulous Mark Benton in drag) refuses her permission to audition, fearing that Tracy will be laughed at. Still, Tracy perseveres and – with support from her mild-mannered, joke shop owner father, Wilbur – she makes it to the audition, joined by her lovable but slightly dorky best friend, Penny Pingleton.

While the potential new hopefuls are being put through their paces, Tracy bumps into her crush, teenage heart-throb Link Larkin. This leads into the amusing dream sequence ‘I Can Hear The Bells’. Sutton plays every line of the song to perfect dramatic effect, embracing a love-sick teen imagining a dream romance and raising laughs and lovelorn sighs aplenty from the audience.

Back to reality and Tracy does her best to impress the racist producer of the show (and scheming pushy mother of Amber Von Tussle, the bratty resident princess of the show) Velma Von Tussle (Lucy Benjamin, former EastEnders actress and theatre regular).

Trussed up in a chic suit, teetering heels and a carefully teased blonde wig, petite Lucy Benjamin perfectly captures the caricature that is Velma Von Tussle, displaying excellent comic timing and an ability to switch from saccharine to scheming at the drop of a hat. Determined that her way is the only way, Von Tussle rejects Tracy because of her size, along with a black girl called Little Inez. 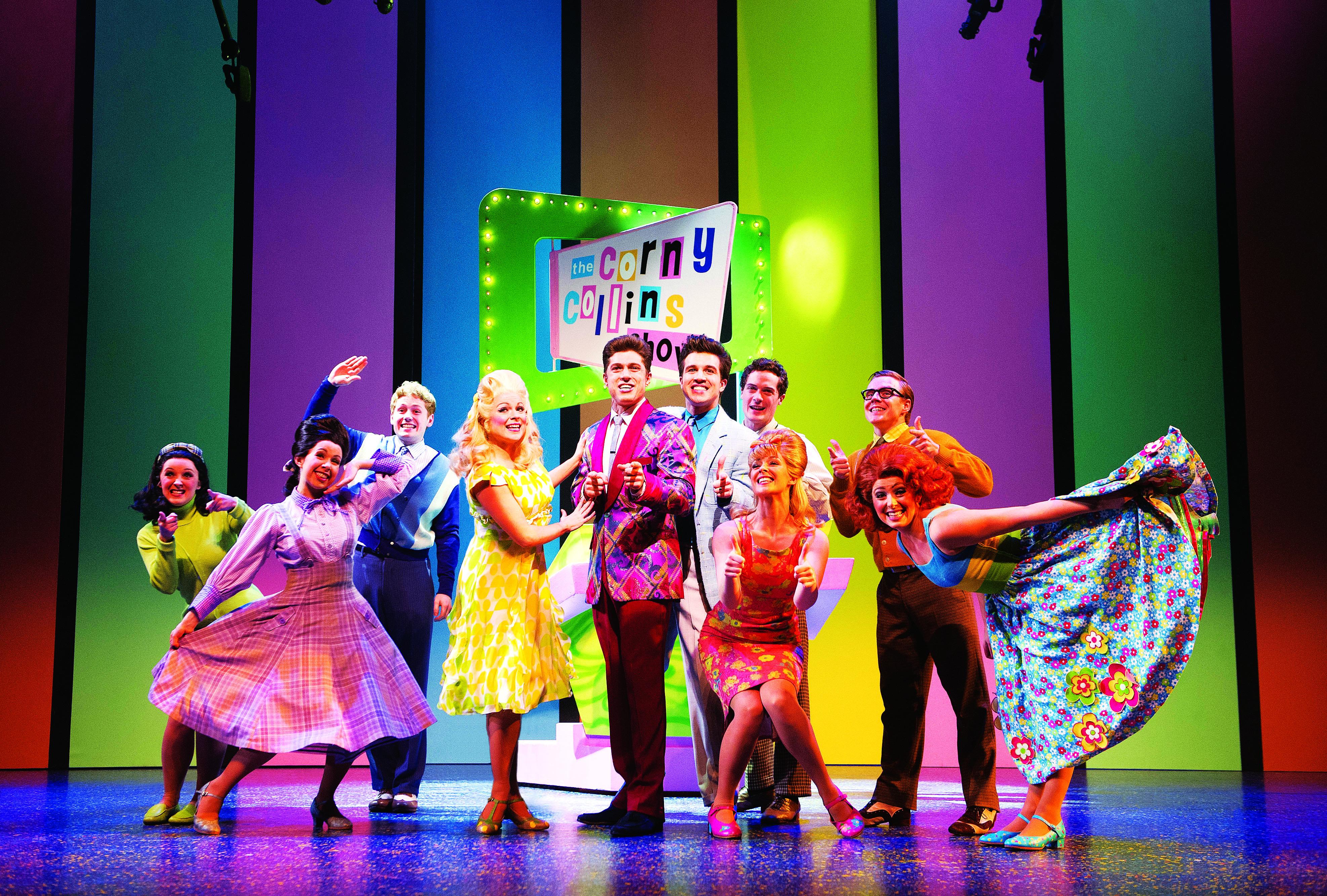 Later, at school, a “monumental hair don’t” sees the well-coiffed Tracy sent to detention. Here she learns some moves from black dancer Seaweed J. Stubbs (the son of “big, blonde and beautiful” Motormouth Maybelle, the host of Negro Day on The Corny Collins Show).

Marcus Collins (who rose to fame on ITV’s 2011 season of The X Factor) makes his professional theatre debut portraying Seaweed. He impresses with languid ease throughout the choreography, dynamic jumps and a soulful voice.

Frustrated, dejected and determined that everyone should be able to dance together on the show – whatever their colour or size – Tracy decides to fight to racially integrate The Corny Collins Show. With Seaweed’s help, can our plucky heroine nab a spot on the show, compete for the title of ‘Miss Ultra Clutch Hairspray 1962’ and put her plans for racial integration into action?

Well, I don’t want to give anything away but this teenager is determined that “you can’t stop the beat” and change is certainly ahead.

The appealing stage presence and effervescent energy of Freya Sutton as Tracy is made all the more significant by the fact that the character is in most scenes so she is constantly on the go. Hilarious Mark Benton delivers a similarly stand-out performance as agoraphobic, plus-sized Edna Turnblad. Proclaiming, “I don’t wanna be seen like this, the neighbours haven’t seen me since I was a size ten”, he really lets loose his inner woman. 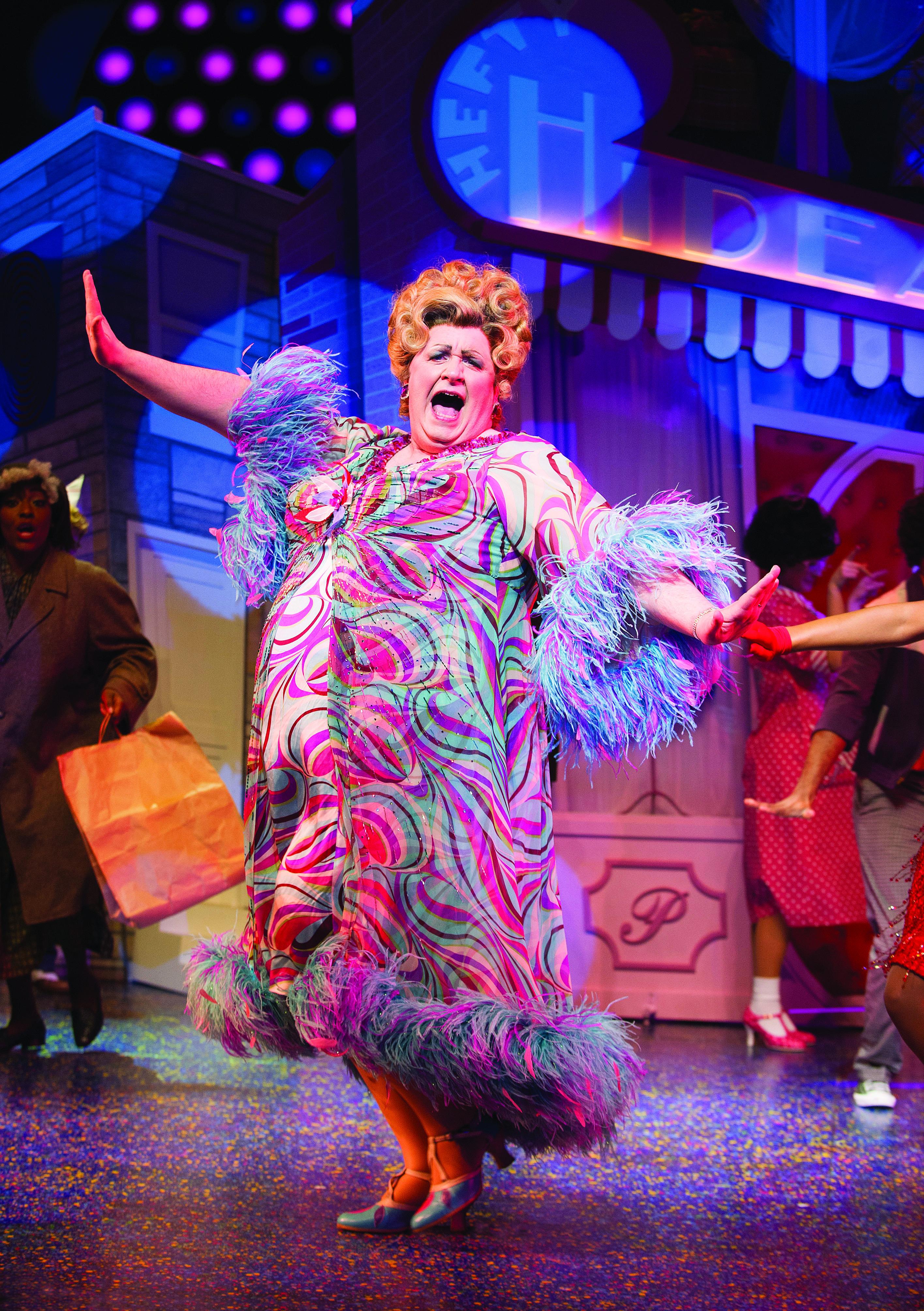 Together with Paul Rider playing Wilbur Turnblad, at one point their strong comedy partnership during parody romance song ‘(You’re) Timeless To Me’ had everyone in stitches. They were even stifling their own giggles at one point, much to the delight of the audience.

I particularly enjoyed the staging for ‘Mama, I’m A Big Girl Now’ which sees Tracy, Penny and Amber onstage with their respective mothers. They all share the lyrics as they bemoan the lack of freedom granted to them by their maternal protector.

The sets and staging throughout the show are quirky, clever and just detailed enough to set the scene, but not so intricate as to detract from the storyline and feel-good, infectious song and dance numbers.

Hairspray is a truly fun show, and an all-encompassing celebration of everyone – regardless of size, shape or race. The message is that we should revel in difference rather than apologise for quirks and certain characteristics. We are all “different” at some point or another, as emphasised by the dishy Link when Amber asks what he is doing “hanging around with a load of minorities”. His response? “Trying to fit in!”.

The production provides dance routines with bounce; a cast that shines; and a guarantee to hold an audience captivated. Hairspray just might be your salon-worthy secret weapon when organising an entertaining theatre trip!