A lonely duckling who just doesn’t fit in, a menagerie of colourful animal characters, and plenty of creative choreography feature in Ugly Duckling, Northern Ballet’s first ballet especially for children.

Ugly Duckling is a captivating adaptation of the classic fairy tale by Hans Christian Andersen.

Northern Ballet is renowned for powerful storytelling and inventive interpretations of well-loved classical ballets and innovative new productions – all inspired by popular culture, literature and opera. Now, the company is on a mission to capture the imaginations of tots, introducing them to the magic of live ballet, music and theatre with a specially created short ballet, based on a familiar tale. 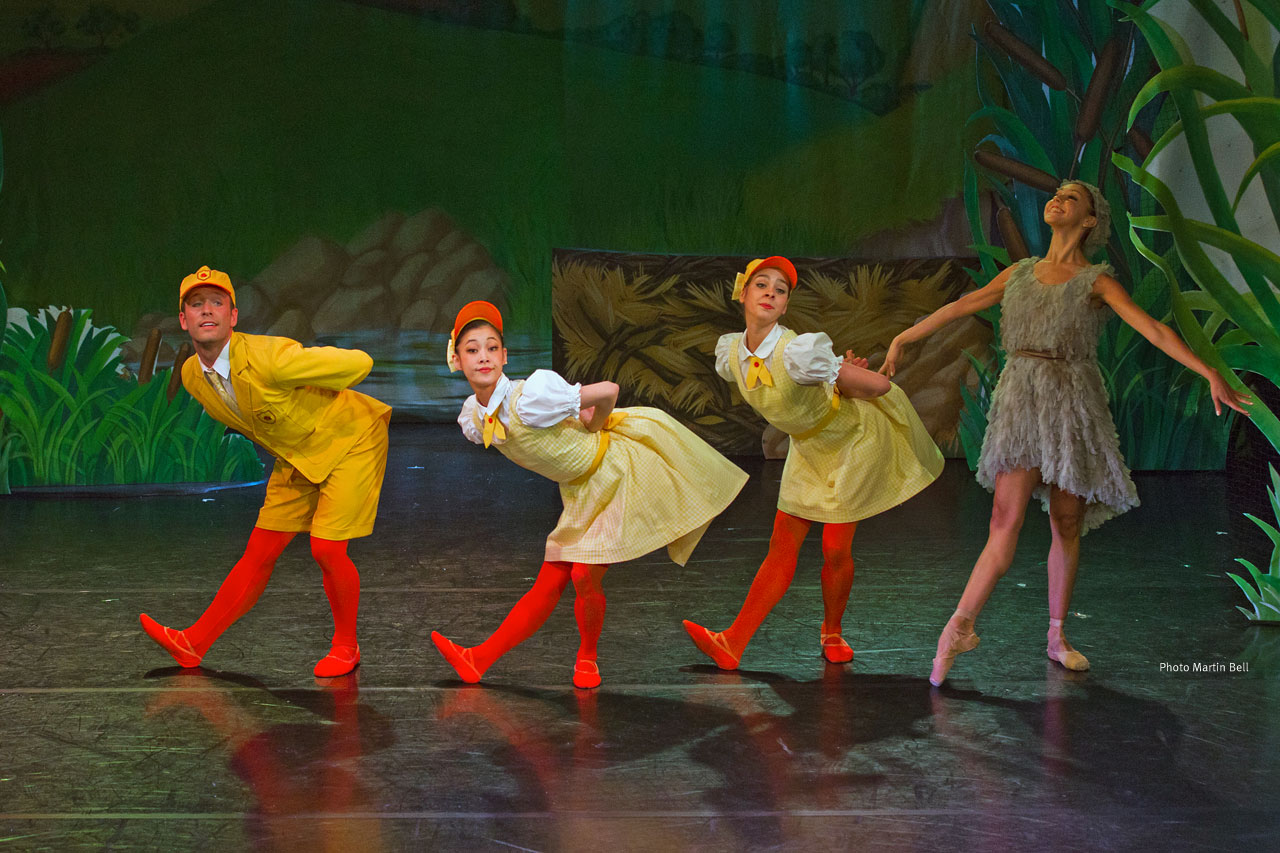 The response to Ugly Duckling has been overwhelmingly positive. Following a sell-out run in Leeds, a specially recorded version of the show was screened on CBeebies on 1st April. Currently on tour, the production stopped off at Milton Keynes Theatre this week. Despite lacking a child to take with me, I was more than happy to fly solo and experience the production for myself.

The child-friendly performances are approximately forty-five minutes long and recommended for children aged 0-8 (and “grown-ups” too!). By the time the lights were dimming in the main auditorium, it was apparent that there is a hunger for ballet and dance among our youngsters. Barely a seat was free as families prepared to enjoy the show.

We join Mother Duck in the woodland where she is nesting before her eggs hatch. Right on cue, one of the eggs begins to tremble. As three duck siblings make their entrance, the stage is lit with a warm glow. Then the final egg hatches…

This poor duckling is lonely and unhappy. She doesn’t look like the others (colourful in their orange tights and sunshine yellow costumes) and is shunned by those around her who see her as too ugly to fit in. She tries to make friends with the other ducklings, as well as with frogs, cats and even a fox but – realising she is not like any of these animals – she is left sad and alone. 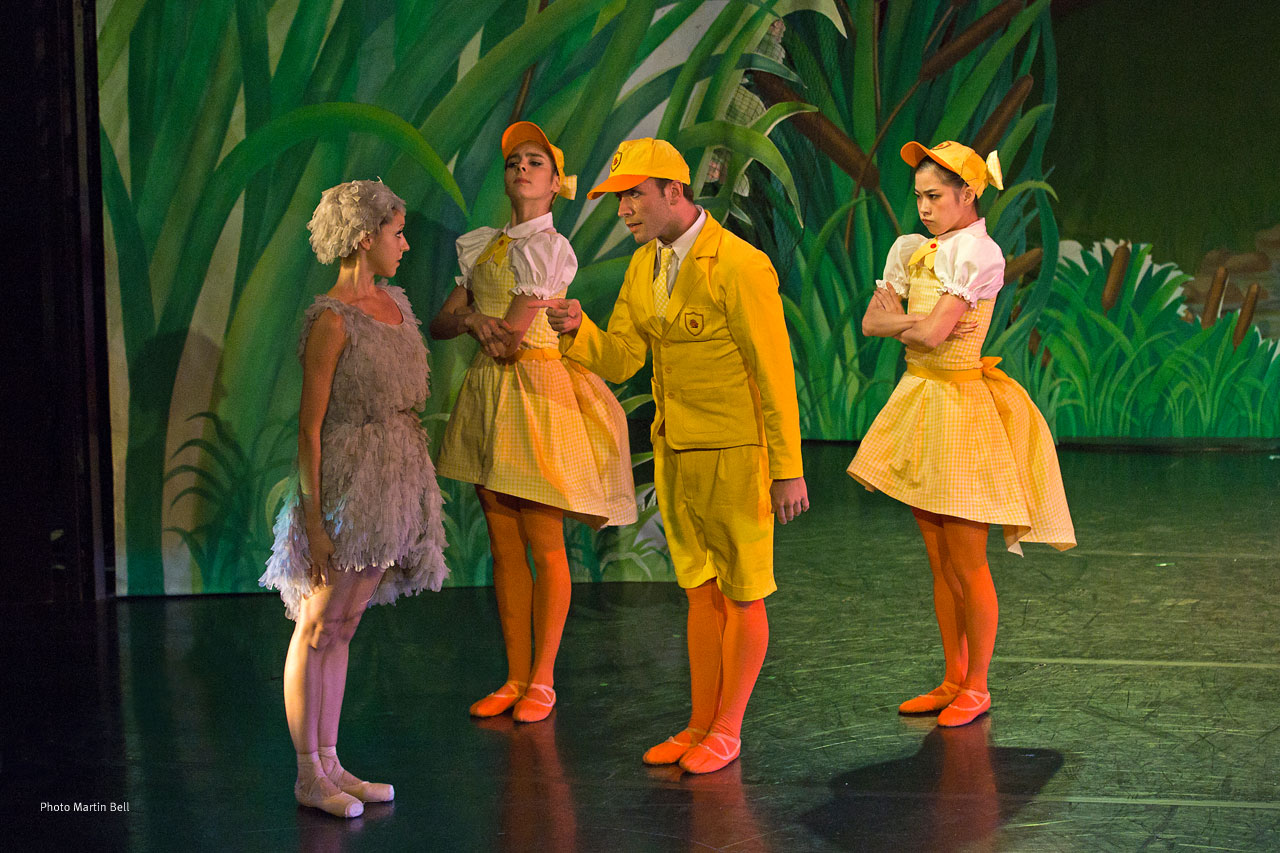 Can a visit from a Swan Queen help her overcome her troubles? What will winter bring? Will our plucky heroine learn to accept herself and transform into a beautiful swan?

Ugly Duckling has been choreographed by Northern Ballet dancers Dreda Blow and Sebastian Loe. They have both contributed to Northern Ballet’s choreography before but this is their first fully-costumed ballet piece, complete with music provided by four musicians (with music arrangement by John Longstaff).

The story is familiar to little ones and adults alike and offers much scope for characterisation and movement. Quirky steps are used to create the animals, with plenty of “pure” ballet and some lovely contemporary partner-work between the ducklings.

Our Ugly Duckling is en pointe throughout, as is the Swan Queen, and they offer the most classical ballet content. The frolicking frogs are athletic (leap-frogging and cavorting around the stage), while a pair of cats slink and prance around Ugly Duckling (rising up in black pointe shoes, swishing their long tails). 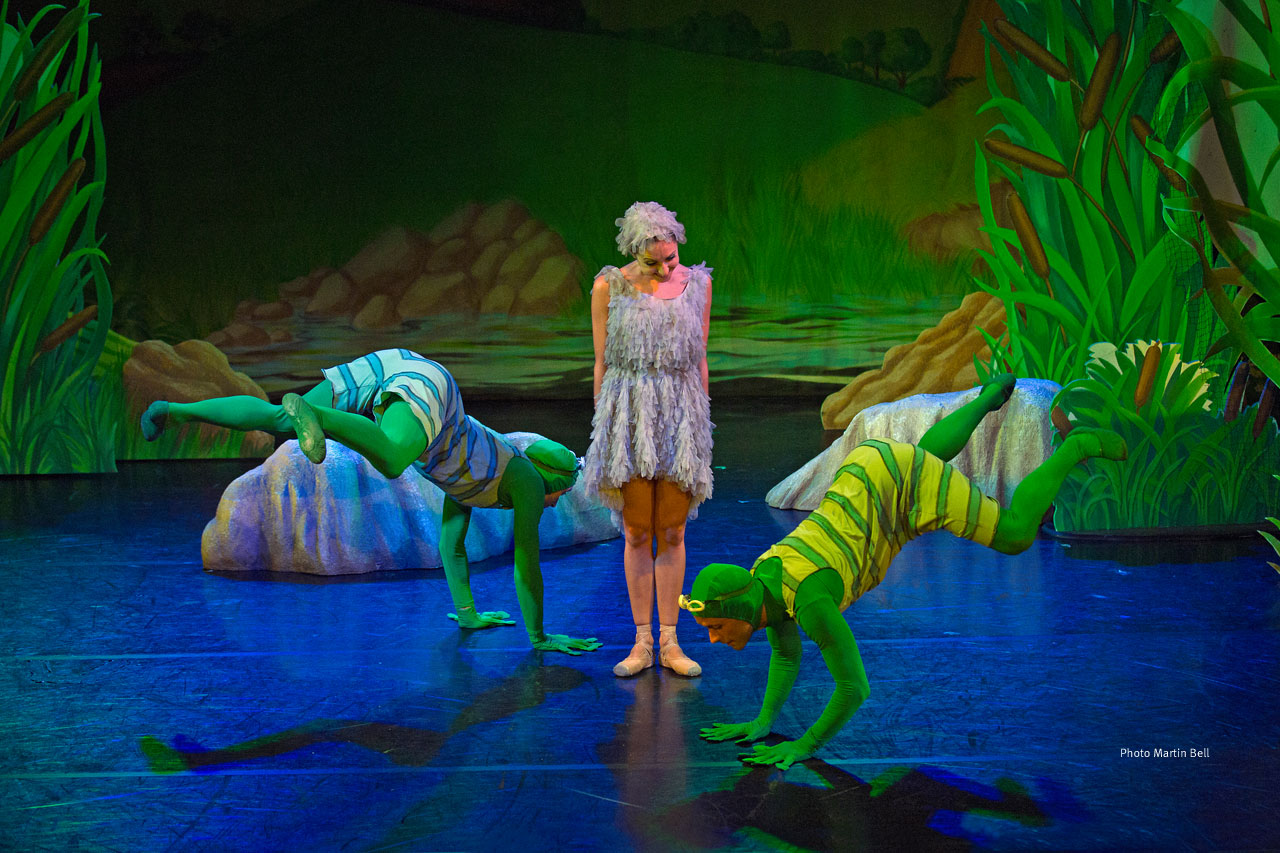 The children seated around me reacted just as they were supposed to – squealing with delight as they recognised the animals, recoiling when a greedy fox got too close to Ugly Duckling and taking huge pleasure in the drama of the Winter transformation.

Youngsters in the audience were excited to see “a real ballerina” when the Swan Queen appeared on-stage, dressed in a classical snow-white tutu. I am sure that there are now a lot of little girls imagining that they too are the beautiful ballerina swan, and a lot of boys are probably enthusiastically trying to mimic the acrobatic antics of the frogs.

Between scenes, there were relatively long black-outs. These allow little ones time to take in all that they have just seen, but are also a chance for the cast of seven to complete their various quick-changes. During each black-out, animal noises were played to hint at which creature we would encounter next on the Ugly Duckling’s journey. The sounds were followed by barely contained gasps of excitement as the children realised what the upcoming scene was likely to show. 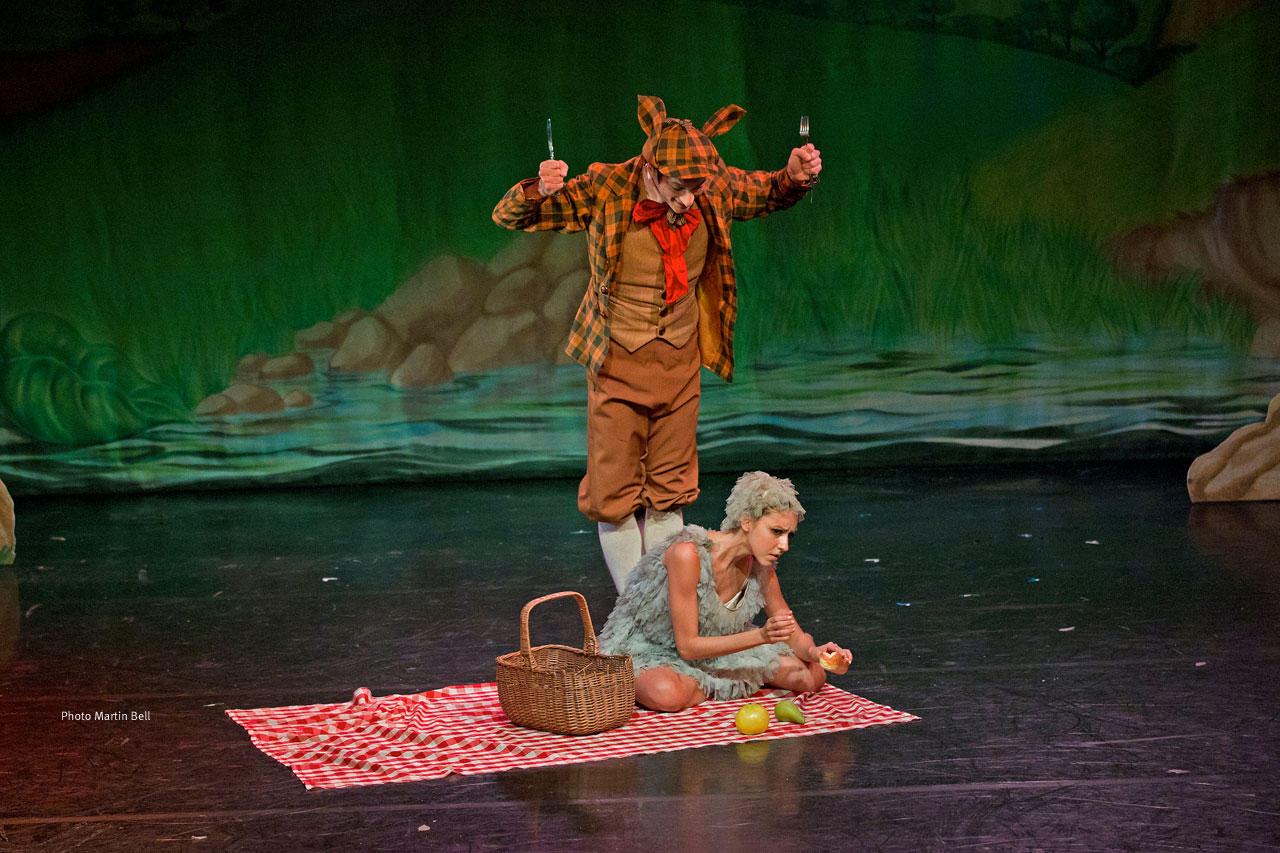 Children’s stories always teach important values. The message in Ugly Duckling is that we should be confident in embracing who we are. This is a lesson we can all heed, regardless of age. The whole narrative – and that important life lesson – is clearly communicated through mime, expressive movement, polished dance technique and wonderful costumes.

Ugly Duckling is a touching tale with perfectly played comic moments. It manages not to be twee and has a lot of ballet and dance content. The attitude is very much that this is a proper ballet. It is simply shorter.

Northern Ballet definitely seems to be fulfilling its mission to encourage children and young families to see their first ballet – and at an affordable price too as tickets at Milton Keynes Theatre were just £5 (ticket prices range from £4 to £8 during the tour, depending on the venue). The next production pitched to the kids will be Three Little Pigs (opening in Leeds in October). The company is asking audiences to offer suggestions for future productions.

Don’t be a sitting duck. Discover for yourself what makes Northern Ballet’s Ugly Duckling fit the “bill” for audiences young and old!