Miaow! The claws were out when it was announced that record-breaking musical Cats would be stopping off at Milton Keynes Theatre on tour, with fans clamouring to book for the show. Fortunately, I got my paws on a ticket and – once seated in the auditorium – felt like the proverbial cat that got the cream.

This show combines words, music, dance, costumes and design for an evening of pure purrfection. Composed by musical theatre impresario Andrew Lloyd Webber, Cats is based on Old Possum’s Book of Practical Cats, a collection of light verse by T.S. Eliot (published in 1939). The show first opened in the West End in 1981 and enjoyed a phenomenal twenty-one-year run (with a similarly impressive eighteen years on Broadway), smashing records and winning awards.

This remarkable musical tells the story of a tribe of felines, known as the “Jellicles”. We join them on the night of “the Jellicle choice” – deciding which cat will rise to the Heaviside Layer to be reborn. The set throughout is a junkyard; a playground for the tribe. Instantly recognisable items spill over the side of the stage, including tin cans (Heinz Macaroni, Princes Peaches, Princes Prunes, Go Cat) and egg boxes. 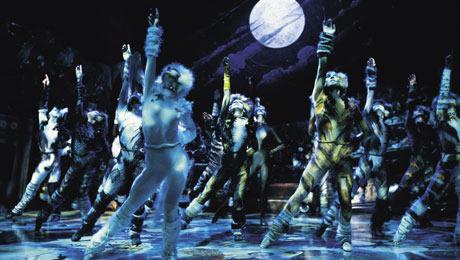 After prowling through the auditorium, the cats gather onstage. They are aloof and proud; suspicious and reluctant to allow us into their domain. Collectively, they look us up and down, staring with an almost menacing gaze, hackles raised.

Gradually, their barriers break down and they address the audience directly, divulging how the members of the tribe are named in the slow and eerie number ‘The Naming of Cats’. The cat is soon out of the bag and we learn that they have three different names: the one the family uses, a more dignified name and a secret name. Apparently, it is the contemplation of these secret names that keeps felines deep in thought.

A dance from Victoria the White Cat (a pure white kitten gifted at dancing) signals the beginning of the Jellicle Ball, the cats’ annual get-together. Victoria (dancer Alicia Beck) truly is the cat’s whiskers in terms of dance technique and performance. This kitty is the epitome of grace, every inflection channelling feline finesse. She stands out as my favourite cat thanks to her gorgeous white costume and controlled, fluid movement. The greatest disappointment was that her solo was so very short (but still undeniably sweet).

The Magical Mr. Mistoffelees (Joseph Poulton) performs one of the most challenging dance solos in the show. Unfortunately, for all the razzmatazz of his sparkling costume, I would have liked just a little more elevation in some of the jumps – particularly as some of his later tricks and turns really were magical.

Generally speaking, cats never strike a pose that hasn’t got a certain supple elegance. Fittingly, the choreography and gestures used by all the performers perfectly capture the essence of being a cat. Long limbs are carefully controlled, acrobatic feats flawlessly executed. They sprawl over the set and clamber over each other, landing in a carefully positioned heap – looking just like the cats we share our neighbourhoods with. 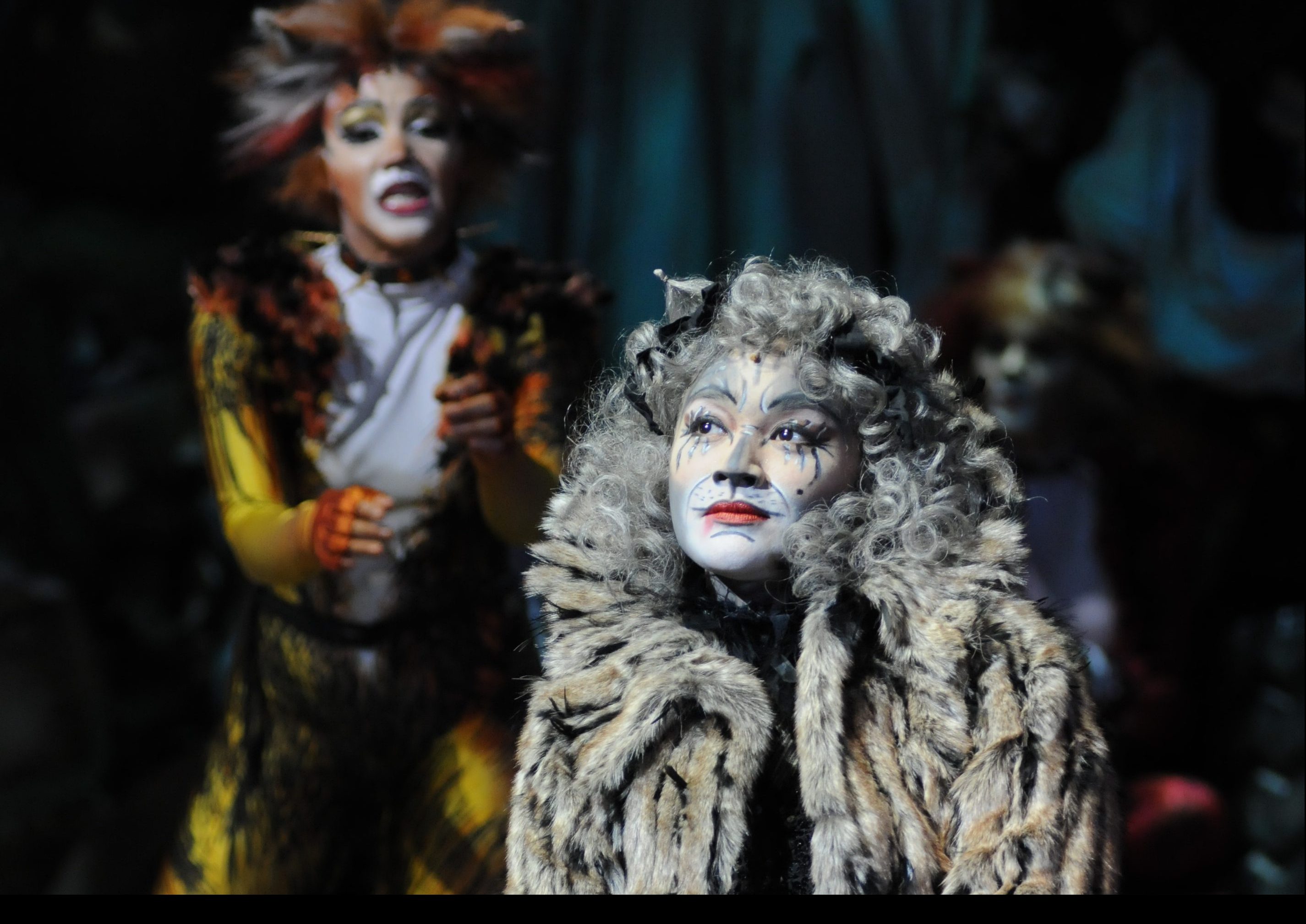 Ultimately, character, not plot, is what drives this show. We are introduced to a motley menagerie of moggies – each delivering a very individual and always entertaining song and dance number. A large tabby cat called Jennyanydots stars in an energetic routine, complete with rhythmic tap dancing, before the charismatic Rum Tum Tugger tomcat explodes onto the stage. I particularly enjoyed watching Mungojerrie and Rumpleteazer (Barnaby Thompson and Katie Warsop) – a delightfully cheeky pair of notorious cat-burglars.

When Grizabella – a very shabby, very old grey cat – stumbles onto the stage, the expression ‘look what the cat dragged in’ comes to mind. She is a former glamour puss who left the Jellicle clan as a youngster. Having now lost her sparkle, she just wants to be accepted back into the tribe. However, the other cats are quite repulsed by her dishevelled condition and shun her for leaving them all those years ago. Grizabella (Joanna Ampil) does eventually light up the stage, with a beautiful solo performance of show tune ‘Memory’.

By and large, the singing throughout the production is harmonious and heartfelt but at times the words were lost to the volume of the music. This is a shame as the verse itself is so central to the show.

The Gus the Theatre Cat scene (‘Growltiger’s Last Stand’) which sees palsy-ridden cat Gus (Paul F Monaghan) reminisce about performing in a pirate play (think: people dressed up as cats, dressed up as people, dressed as pirates) was a little odd. The loss of words did not help. However, a high octane number from Skimbleshanks the railway cat and a fabulous Blues-inspired duet describing Macavity (the villain of the tribe) more than made up for this dip in performance satisfaction.

Cats is a clear celebration of difference in cats’ personalities. You won’t look at a feline in the same way again. The production is a spectacular theatrical experience. It combines the grace of ballet with the thrill of acrobatics, all set to a beautiful score. 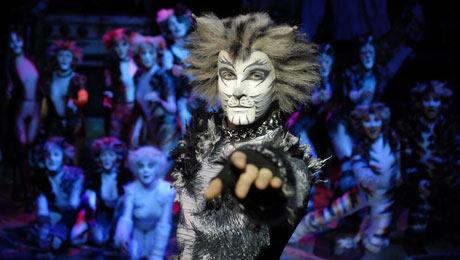 Don’t risk missing out on tickets. Avoid feeling like a cat on a hot tin roof and get booking now!