Feline fans are being urged to dig deep after performances of Cats at Milton Keynes Theatre in a bid to help abandoned moggies. A bucket collection is being held throughout the show’s two-week run to raise funds for the Milton Keynes & North Bucks RSPCA rescue centre.

Milton Keynes Citizen Leisure Editor Sammy Jones and I joined cast members posing onstage with some adorable rescue kittens in order to highlight the centre as part of the Citizen’s Citikat appeal.

Stars Rum Tum Tugger (played by Oliver Savile), Jennyanydots (Alice Redmond) and Victoria the White Cat (Alicia Beck) were more than happy to bond with the 6-week-old kittens as they scampered around the junkyard set of Andrew Lloyd Webber’s smash-hit musical. 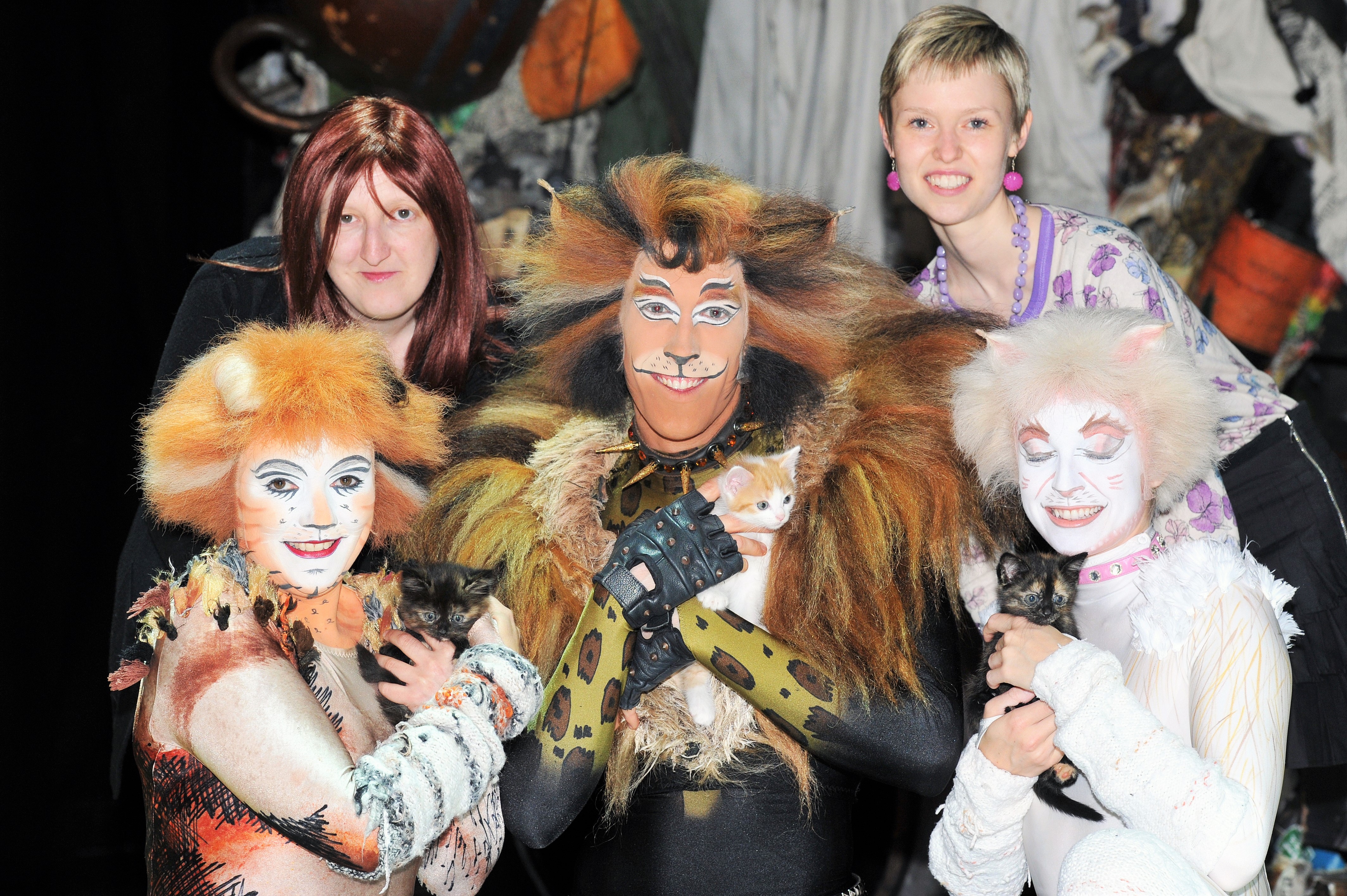 Seeing the costumes and make-up in close proximity on the “big” cats was amazing – and the real kittens were great fun too!

The RSPCA rescue centre in Newport Pagnell currently has 200 kittens and many more adult cats in residence. They are all in need of a loving home. The centre relies on donations and volunteers so any food or time you can donate is gratefully received.

If you can offer a cat a “forever” home following a tough start in life, help with short-term fostering or are willing to donate your time to the centre, call the RSPCA on MK 611 179.

And, don’t forget, donations of cat food (tins, sachets and biscuits) are still being collected at the Citizen Newspaper Office in Auckland Park, Bletchley, as part of the Citikat appeal. 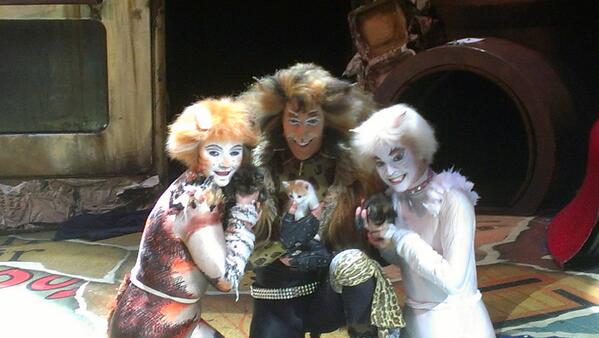 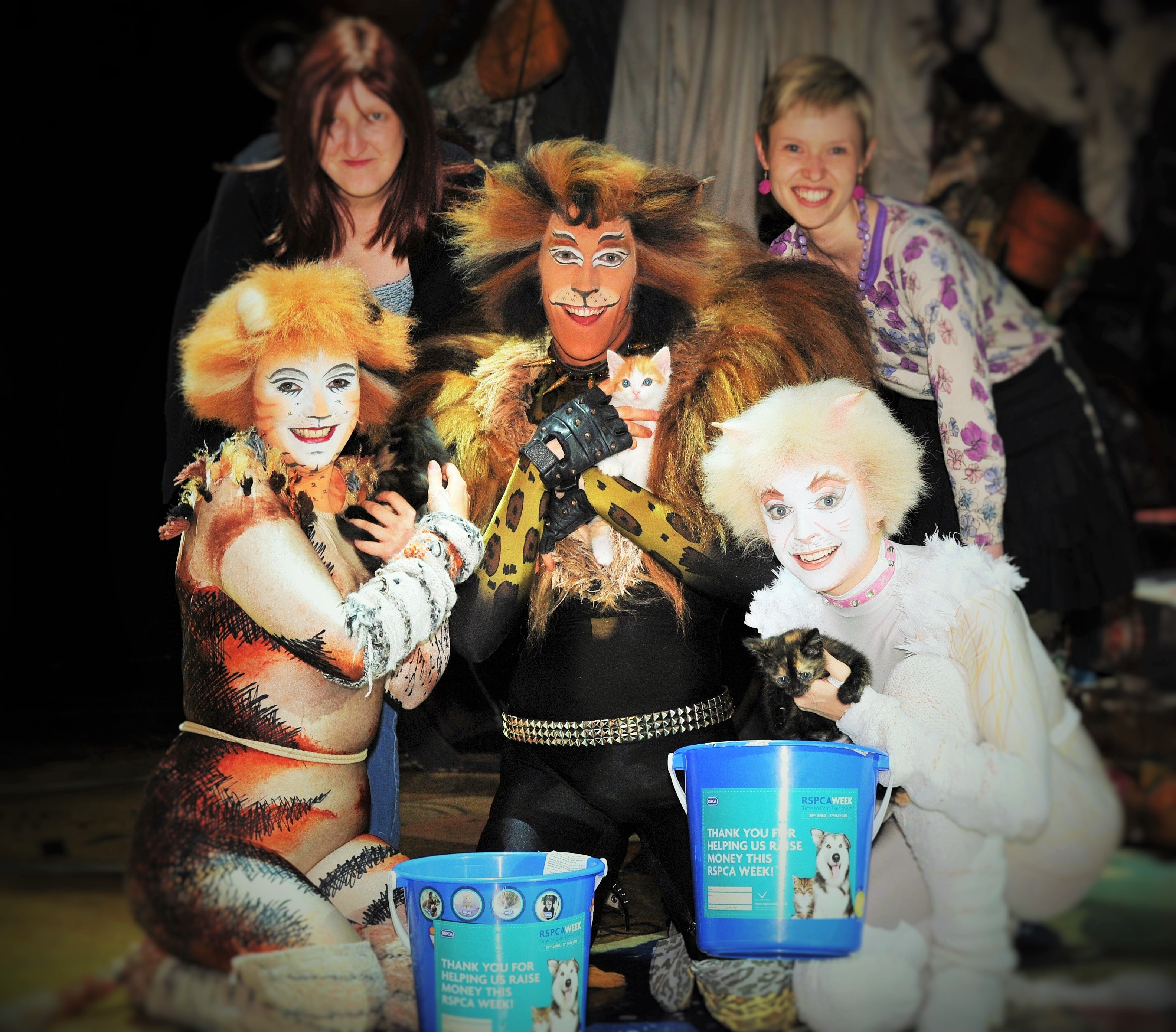 Composed by musical theatre impresario Andrew Lloyd Webber, Cats is based on ‘Old Possum’s Book of Practical Cats’, a collection of light verse by T.S. Eliot (published in 1939). The show first opened in the West End in 1981 and enjoyed a phenomenal twenty-one-year run (with a similarly impressive eighteen years on Broadway), smashing records and winning awards.