The entertainment elves at Milton Keynes Theatre are already hard at work planning festive fun for audiences. Nothing says Christmas quite like the wonderful British tradition of pantomime and this year’s seasonal merriment will come courtesy of Snow White and the Seven Dwarfs.

I was lucky enough to be invited to Frosts Garden Centre in Woburn Sands for the official media launch. This was the first chance for the stars to meet, pose for photographs in their costumes, and be interviewed by showbiz journalists from across the region. 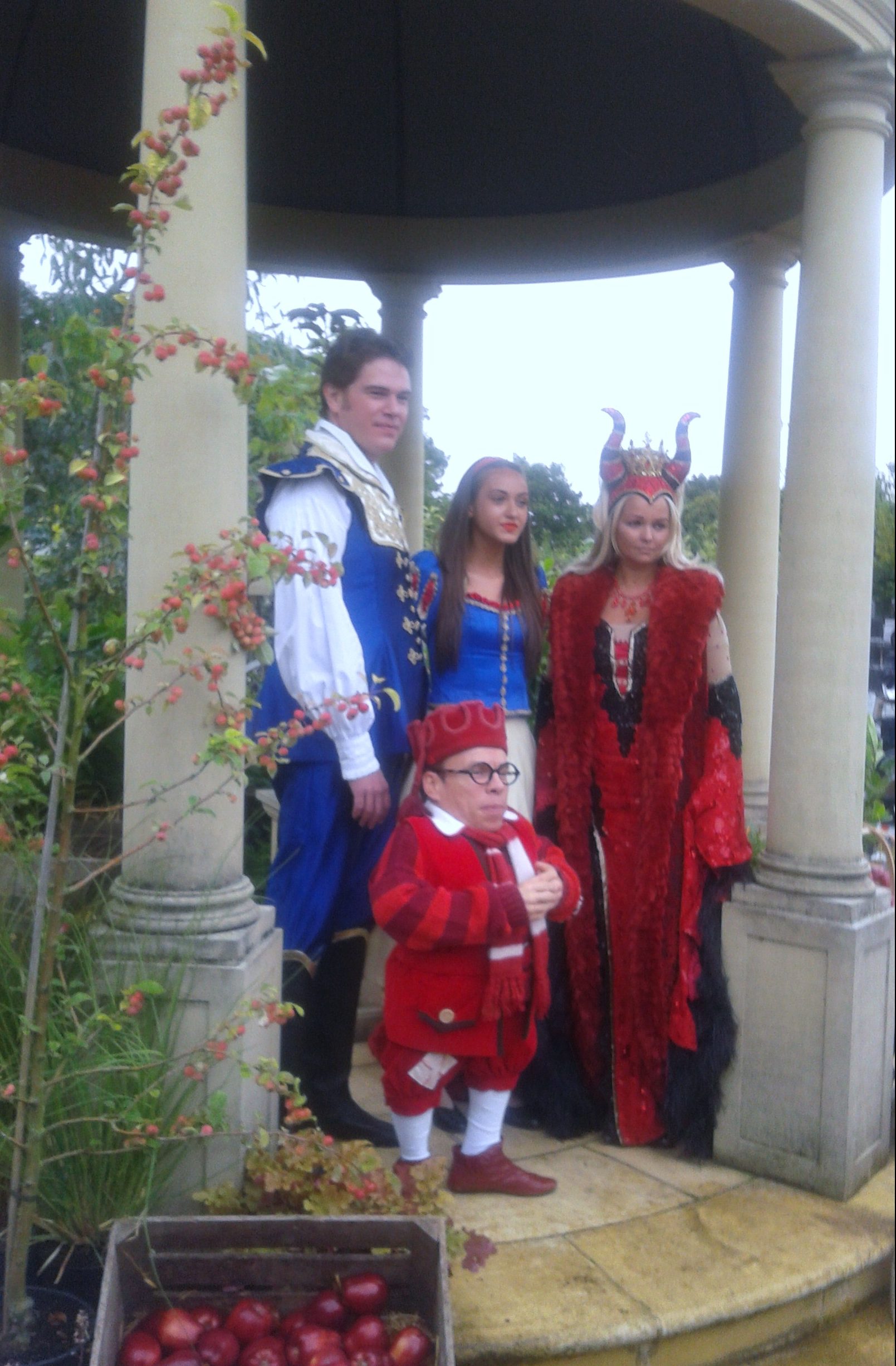 With a cast led by “big”-time actor Warwick Davis, alongside West End and TV favourite Jennifer Ellison and multi-talented entertainer Kev Orkian (who was unfortunately not at the launch as he is currently touring the US), Snow White and the Seven Dwarfs is set to be a spectacular show when it marches onstage in December.

Milton Keynes Theatre has added an extra week to the run in response to unprecedented demand for tickets. Don’t delay, book yours today!

Snow White and the Seven Dwarfs is at Milton Keynes Theatre from Friday 6 December 2013 to Sunday 12 January 2014.

Click below to read my feature for the Milton Keynes Citizen – bringing you all the panto gossip first!

Take a look at these two videos for some footage from the photo-call. They show lots of photographers and reporters stood in the rain, directing the cast for some fabulous shots at Frosts Garden Centre.

We did get a few odd looks from the customers! 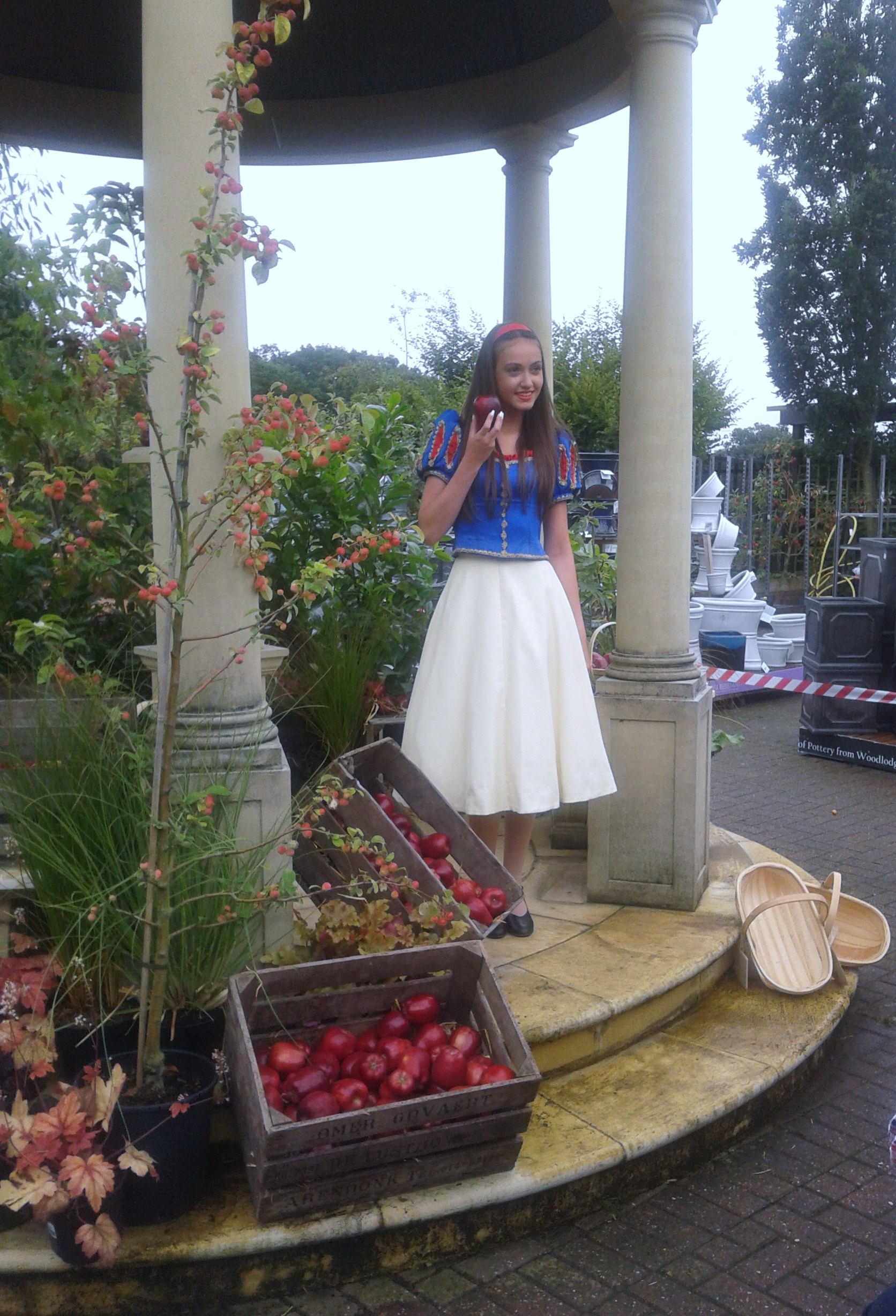 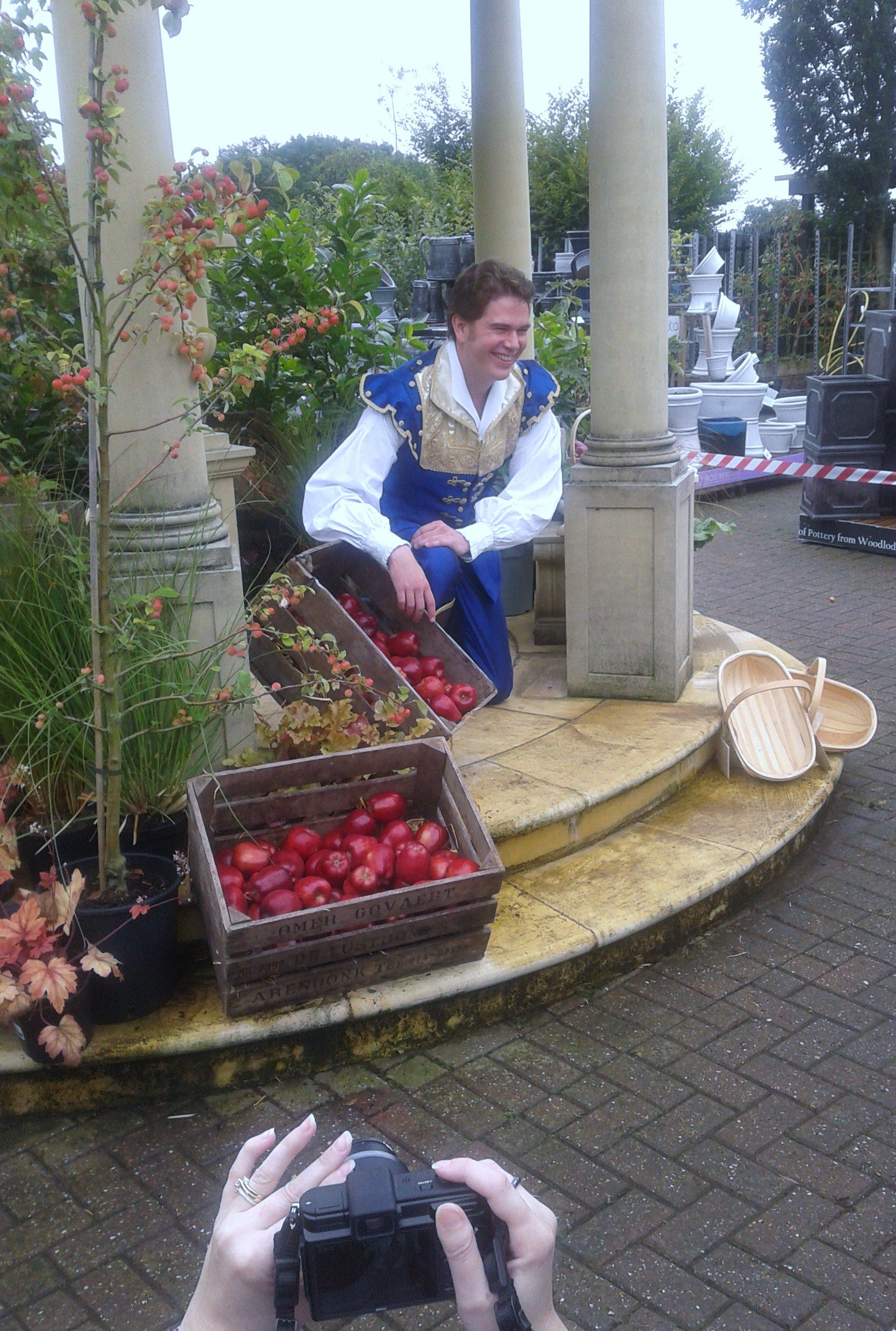 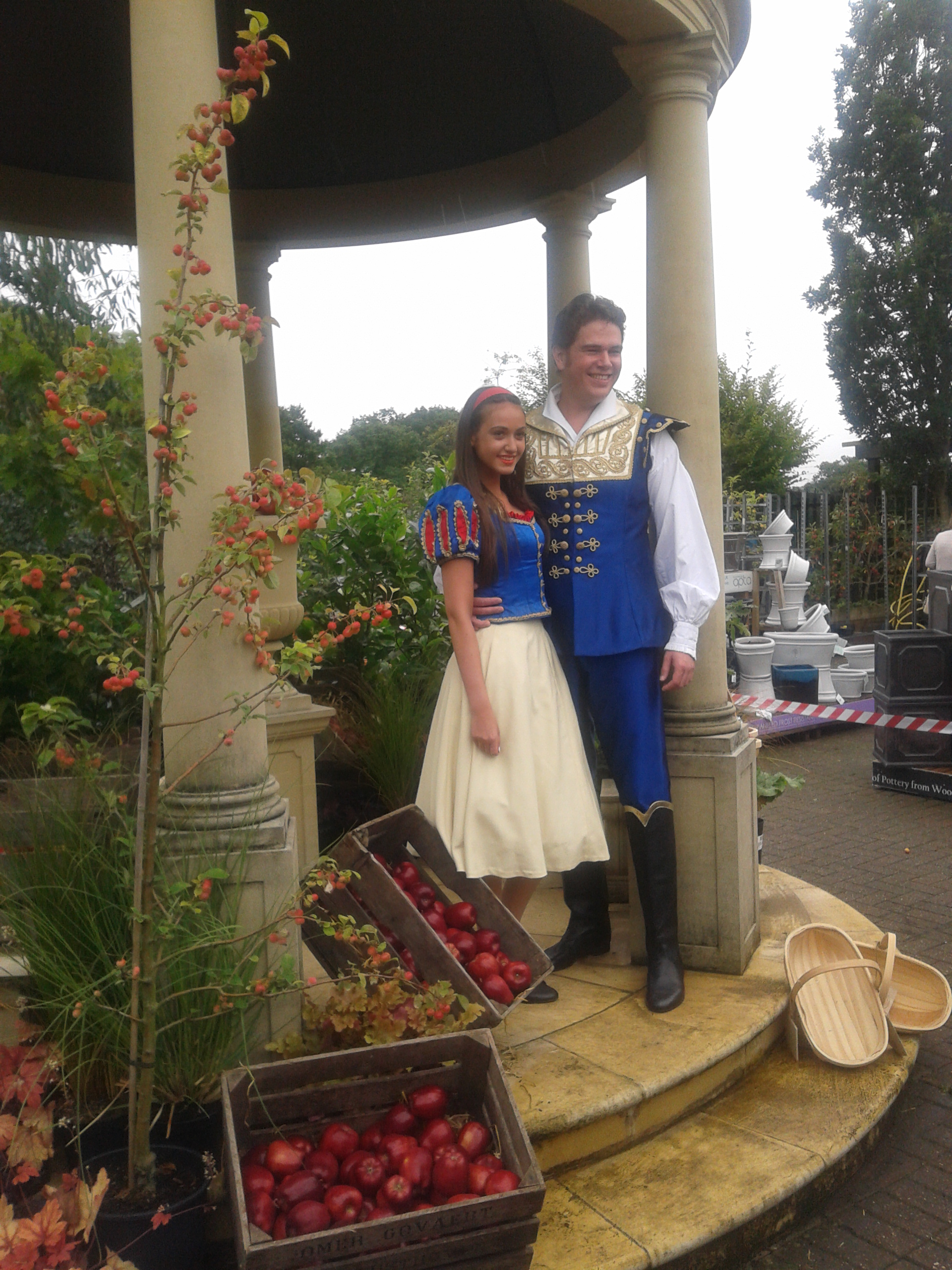 Update 12 December 2013: Read my review of Snow White and the Seven Dwarfs.