Epic pirate ballet Le Corsaire marks Alina Cojocaru’s debut with English National Ballet and a chance for the men to show what they can do. What an incredible start to the autumn season. 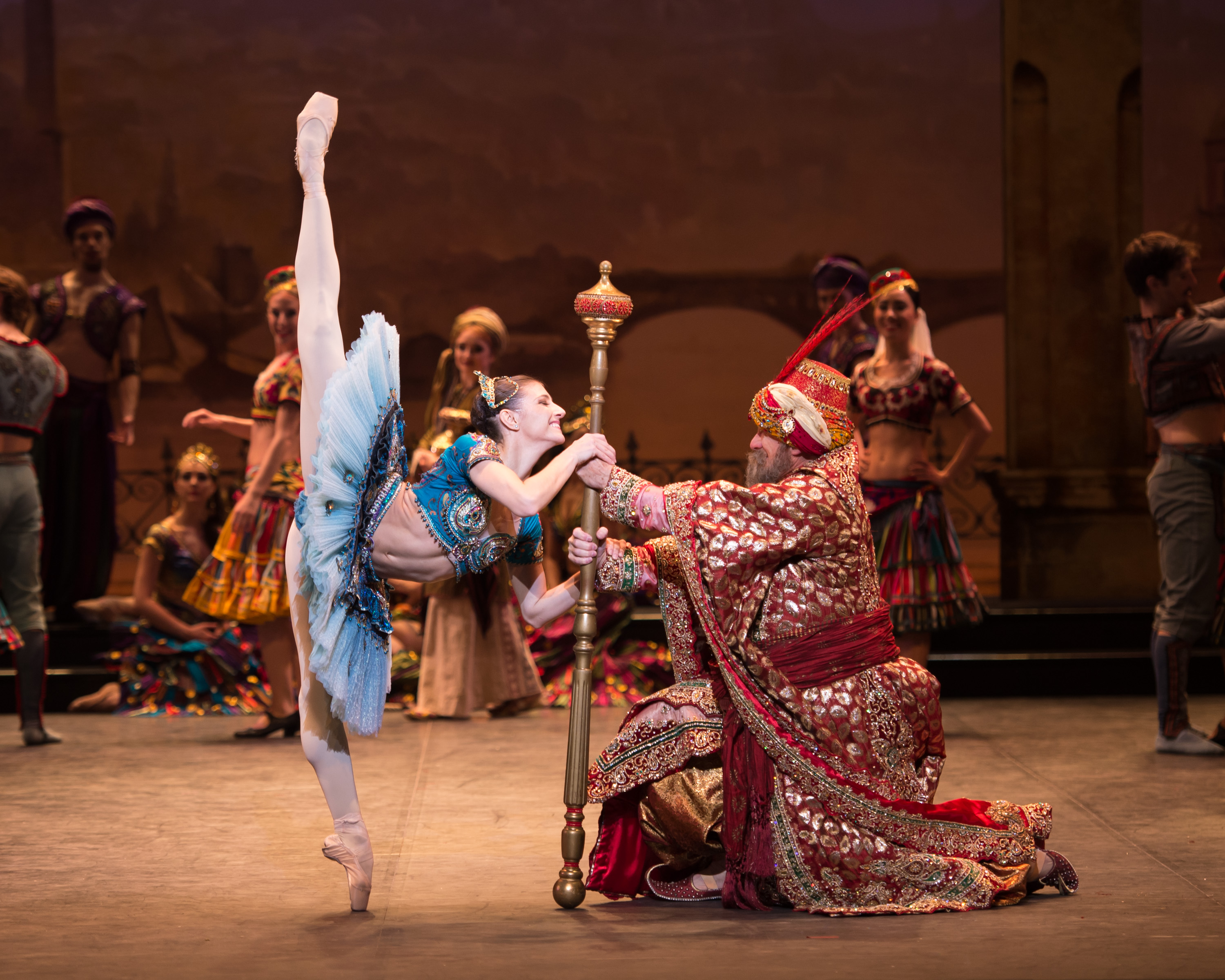 Securing Alina as a principal has perhaps been Tamara’s greatest coup so far. In true ‘Corsair’ style she has figuratively “robbed” the rival company of their valuable gem.

Born and raised in Romania, Alina announced her departure from The Royal Ballet in June and confirmed her contract with English National Ballet a month later. She adds classical clout to a company that already boasts the likes of Tamara Rojo and Daria Klimentová, alongside emerging stars including Yonah Acosta (nephew of the legendary Carlos) and the young Russian dancer, Vadim Muntagirov.

Last night, Alina’s flirty – albeit still vulnerable – interpretation of the beautiful young Greek woman, Medora, was partnered with Vadim Muntagirov’s debonair pirate, Conrad. The curtain rose as our hero journeyed to the Ottoman Empire, aboard a ship with his crew, intent upon rescuing his beloved Medora from slave trader Lankendem.

After docking the ship, Conrad, his crew and his devoted slave, Ali, reach a bustling bazaar where slave girls are being auctioned. Just as Medora is sold to Pasha, a lustful emperor-type, she is freed by the pirates – who also kidnap Lankendem, the money-grabbing trafficker. Conrad promises Medora all his treasures but second-in-command Birbanto (the wonderful Yonah Acosta) confronts Conrad. The riches are not his to give.

Rebellious Birbanto inspires mutiny among the pirates and sprays a rose with a sleeping potion. Medora unwittingly hands the tainted bloom to Conrad who smells the flower and falls into a drugged sleep, while his crew attempt to (re-)kidnap Medora. In the confusion, Lankendem steals Medora back and escapes. Birbanto is seconds from killing the comatose Conrad when Ali interrupts him. When Conrad wakes and realises Medora is missing, Birbanto feigns ignorance, swearing his loyalty.

Meanwhile, Lankendem returns Medora to the delighted Pasha. He sends her to his harem before falling into an opium-induced sleep, dreaming of his women in Le Jardin Animé (‘The Enchanted Garden’), one of the ballet’s most celebrated divertissement passages. It does not further the plot but showcases the tutu-clad corps de ballet dancing with garlands.

The Pasha is awakened by the pirates, who infiltrate the palace in disguise. From here, the adventure gathers pace. The lovers reunite; treacherous pirates get their just-deserts and an impressive on-stage shipwreck makes for a dramatic conclusion. 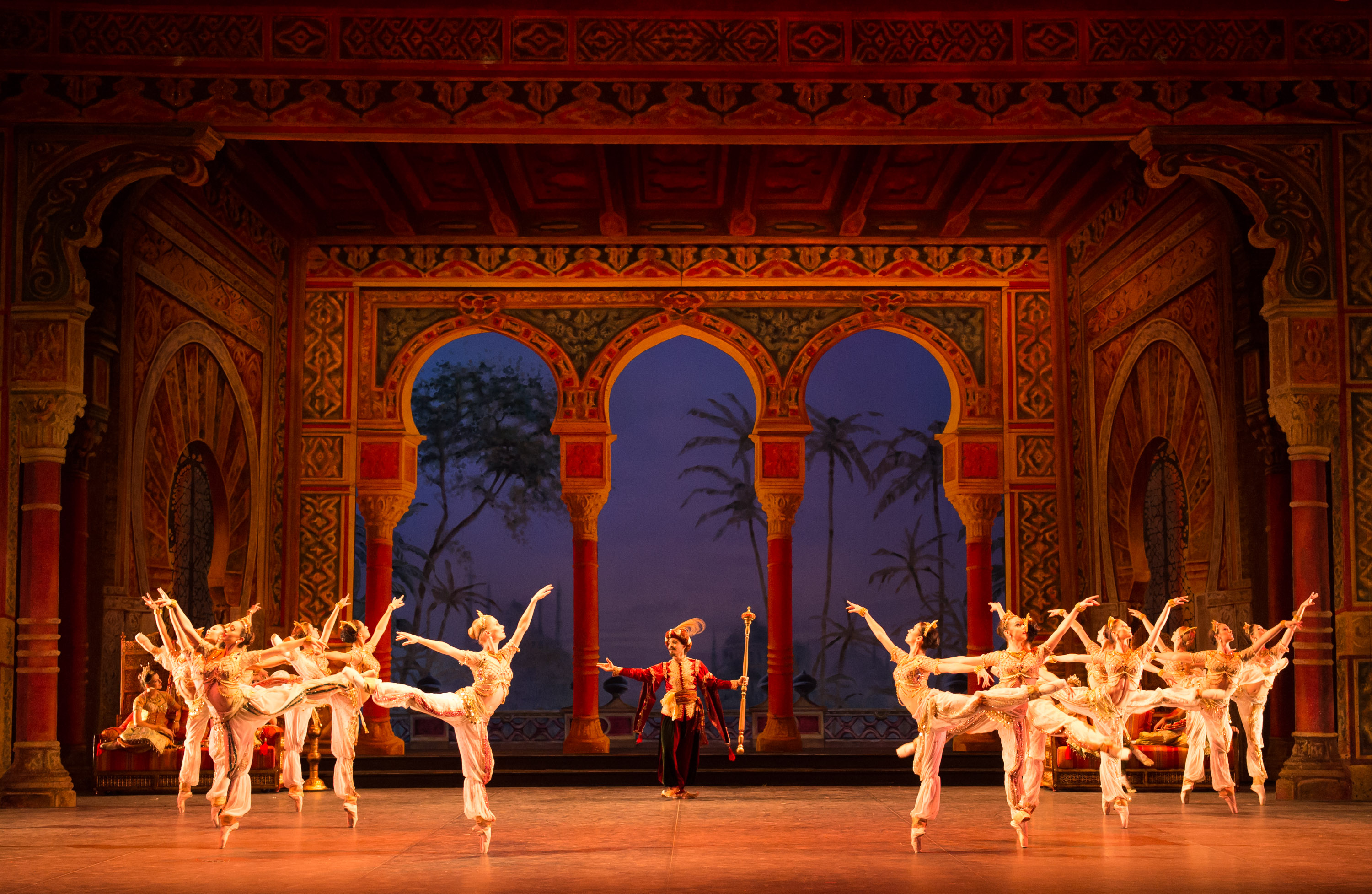 This Le Corsaire was staged by Anna-Marie Holmes, who has staged versions for Boston Ballet and American Ballet Theatre. It offers an exciting opportunity for the male company members to show their most bravura dancing, with the pirates performing multiple barrel turns and big jumps.

Vadim Muntagirov flew across the stage in flashy solos, defying gravity with awe-inspiring leaps and razor-sharp turns. Elsewhere, his partnering with Alina was exquisite.

It might not have been the Royal Opera House, but when Alina graced the stage of Milton Keynes Theatre, the global star was welcomed with a fervour that only goes to emphasise the need to keep making ballet accessible. The UK dance scene does not begin and end in Covent Garden.

Alina makes even the greatest technical feats look effortless and her incredibly high leg extensions simply got higher as the evening progressed. Elsewhere, Junor Souza as Conrad’s slave, Ali, was irresistibly watchable. Indeed, the production has many interesting secondary roles and lots of stand-out pas de deux moments, rather than the narrow focus on a leading couple often seen in the classics. 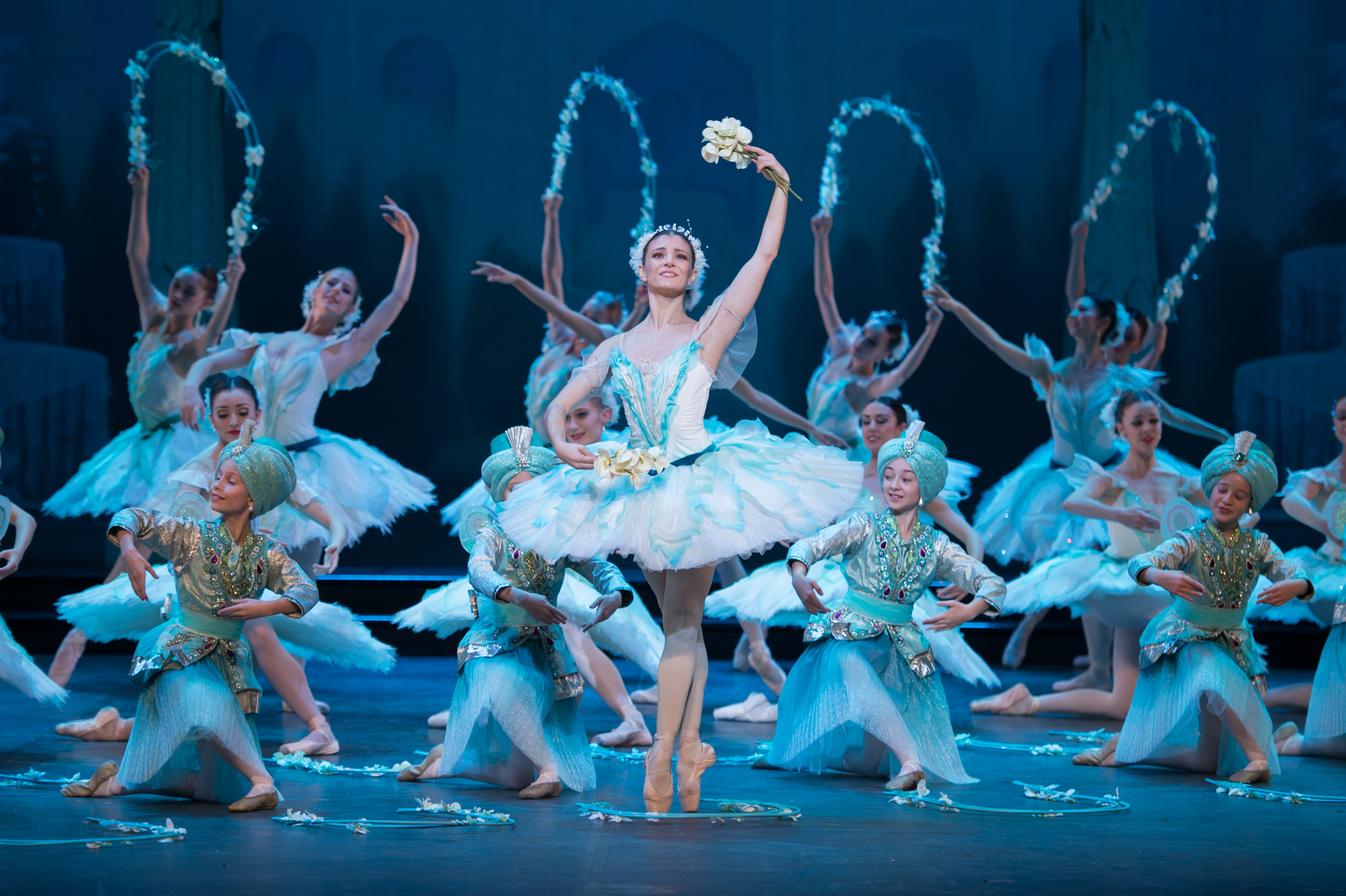 Le Corsaire is a real Hollywood blockbuster of a ballet. Large-scale design elements give the whole production a cinematic edge, and designer Bob Ringwood’s opulent costumes and sets completely capture the Eastern theme.

The spectacle of that shipwreck is worth another mention too.

The voyage is only just beginning as Le Corsaire will also tour to Southampton, Oxford, Liverpool and Bristol before Christmas, visit the English National Ballet website for details.

It was such a privilege for Milton Keynes to host English National Ballet’s spectacular world premiere.

Some of my preview coverage is available below.