It was all-change aboard the onstage vessel for English National Ballet’s Friday performance of Le Corsaire. This was the first show following the dazzling world premiere so the buoyant cast at the helm had a lot to live up to!

Former Royal Ballet star Alina Cojocaru and young principal Vadim Muntagirov had completely captivated a packed auditorium of international press representatives and theatregoers the evening before. Next, it was time for artistic director – and lead principal dancer – Tamara Rojo to follow in the perfectly-pointed footsteps of her latest recruit (plundered from rival company The Royal Ballet this summer) and dance Medora on the second night at Milton Keynes Theatre.

Tamara Rojo is an exceptionally expressive dancer and an articulate woman with a driven personality. This makes her an unstoppable onstage force; she embodies a role and dances with every fibre of her being. Her Medora had a feisty streak, demonstrated through impressively quick footwork and perfectly controlled, yet still youthfully skittish, jumps en pointe.

Rojo’s considerable charm ensured her portrayal of the fictional young Greek woman (kidnapped by slave trader Lankendem and sold to a comically lustful wealthy Seyd) had a playfulness and allure in Act One. Medora dances with her adored pirate lover, Conrad, (portrayed by Fernando Bufalá in this particular performance) in Act Two. Here, vulnerability and romanticism are necessary for dreamy, tender, pas de deux moments. 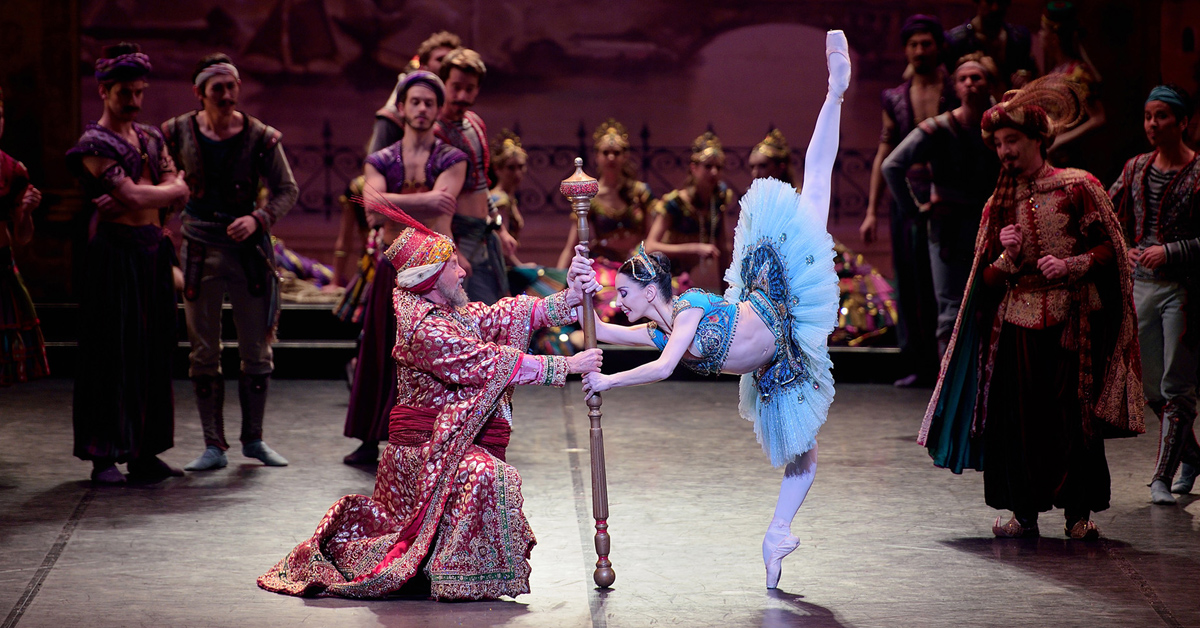 Fernando Bufalá was a particularly longing Conrad. He expressed the original characterisation of the Conrad role (as described by Lord Byron in his 1814 poem) better than we saw in the opening night performance. Bufalá’s Conrad had more of an air of desperation surrounding him. This is not to diminish Vadim Muntagirov’s efforts. My point is merely an observation that his Conrad had less resemblance to Byron’s doomed fictional self-portrait. Muntagirov made more of the dashing heroism English National Ballet have infused the lead pirate with. 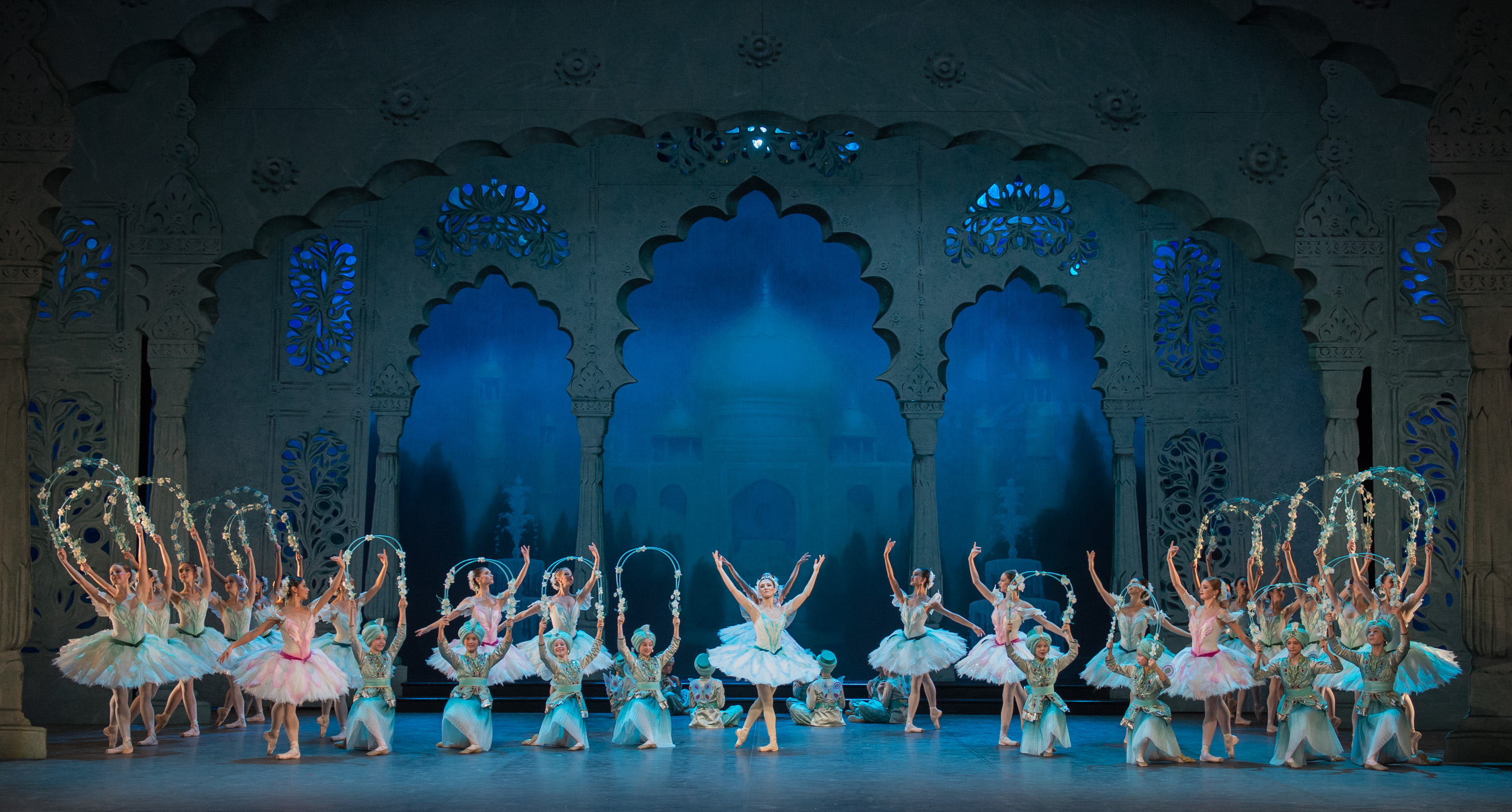 In short, the whole company sparkles in Le Corsaire. Large-scale ensemble scenes (the villagers’ dance in Act One, pirate clashes throughout and the famous Le Jardin Animé divertissement scene in Act Three) offer plenty of opportunities for English National Ballet to showcase the technical ability and artistry of every single dancer. The stunning solo and pas de deux passages ensure that the principals inspire and excite.

This thrilling ballet has it all. Hunky pirates. Beautiful harem girls. Nimble sword fights. Tutu-clad ballerinas. Comedy, romance and betrayal. English National Ballet has made ballet history with the world premiere of the first full-length UK production of Le Corsaire. Tamara, thank you for making this happen here in Milton Keynes. I predict that English National Ballet is set to have nothing but success with such a treasure of a ballet in its repertoire.