Christmas makes its presence felt as soon as the BBC’s Strictly Come Dancing waltzes onto our television screens. When the sequin-covered participants take their first tentative steps onto the dance floor, I just know that the final quarter of the year will whizz by and, shortly, the winner will be lifting the coveted glitterball trophy, before the nation frantically finishes decking the halls.

Pantomime season means flocks of families visit the theatre for some festive cheer, while traditional productions of The Nutcracker (on stage and on screen) attract balletomanes and newcomers alike.

Christmas just wouldn’t be the same without The Red Shoes. This beautifully filmed, glossy 1948 drama is one of my favourites. Moira Shearer is stunning as Vicky, a ballerina torn between love with a young composer and her career. The authoritarian but charismatic impresario, Boris Lermontov, who is set on making her a star, asks: “Why do you want to dance?” Vicky replies: “Why do you want to live?” Floundering, Boris answers: “Well, I don’t know exactly why, but… I must.” To which Vicky retorts: “That’s my answer too.” A classic tale, gorgeous dancing (the high point of the film is the fifteen minute ballet within the story), bewitching characters – The Red Shoes stands the test of time.

Another enduring classic is The Nutcracker. Premiered at the Mariinsky Theatre in St. Petersburg on 18 December 1892, Tchaikovsky’s magnificent score, a Christmassy theme and dazzling displays of divertissement dancing makes this ballet popular with fans of all ages.

The Mariinsky Ballet’s 2011 production of The Nutcracker (shown on Sky Arts 2) was a swirling confection of pink loveliness. Simon Virsaladze’s design encompasses every shade of pink – from dusky rose to cerise – with the striking backdrop for the Kingdom of Sweets fantasy scene depicting a castle nestled behind overhanging trees. Delightful dancers-in-training joined stars Alina Somova (as ‘Masha the Princess’) and Vladimir Shklyarov (as The Nutcracker Prince) in this elegant production.

National Ballet of Cuba’s Nutcracker (shown on UCB TV) is a colourful and traditional interpretation. Artistic Director Alicia Alonso provides technically assured dancers, a strong narrative thread and a magical snow scene pas de deux followed by a flurry of glistening Snowflakes. The littlest mice in the living room midnight battle between the rodents and the tin soldiers were also particularly cute!

The Royal Ballet was well-showcased over Christmas, with favourites The Nutcracker, Swan Lake and The Sleeping Beauty all shown on Sky Arts 2. Filmed at The Royal Opera House, these are classics that I can watch again and again. As we have established, ‘tis the season for The Nutcracker so that was another must-see. Viewers were not disappointed as Clara (Meaghan Grace Hinkis) made the most of her impressive adventure in the 2012 production.

Swan Lake is a timeless tale of love’s strength against evil. A young prince (Nehemiah Kish) falls for a beautiful princess (Zenaida Yanowsky), who just happens to be cursed to live as a swan – unless her betrothed can prove his undying love for her. The corps de ballet of tutu-clad swans swept across the stage in perfect synchronisation, while tender and dramatic pas de deux segments portrayed both the fragility and excitement of a blossoming romance.

The Royal Ballet’s production of The Sleeping Beauty (filmed in 2011) starred Lauren Cuthbertson and Sergei Polunin and perfectly captured the world of princesses, fairy godmothers and magic spells that we expect from the classic fairytale.

For something verging on the unexpected, dance fans know to look to Matthew Bourne. His Sleeping Beauty aired on BBC Two on Christmas Day and the innovative choreographer gives the ballet some bite in a brilliant gothic adaptation.

Christopher Wheeldon’s Alice’s Adventures in Wonderland shows a different side of The Royal Ballet. When premiered in 2011 it was the company’s first new full-length production for 15 years. All the characters from Lewis Carroll’s book are included in this vivid, quirky ballet, complete with an abundance of props, sets and fantastical costumes. Having seen this performance on television before, I happily followed Alice down the rabbit hole and things certainly got “curiouser and curiouser”… but all in a good way!

This year’s new Royal Ballet production is Carlos Acosta’s Don Quixote (Royal Opera House, 2013). BBC Four showed it in a prime-time evening slot on Christmas Day. Acosta and the awe-inspiring Marianela Nũnez are the young lovers (Basilio and Kitri) in this fun tale of friendship, love and loyalty, brought to life with energetic dancing, Spanish flair and an exuberant atmosphere.

Another ace partnership was showcased on Sky Arts 2 in a short feature focusing on the Black Swan pas de deux in Swan Lake, with English National Ballet’s Daria Klimentová and Vadim Muntagirov. This simply served to heighten my anticipation for next season as English National Ballet is touring ‘Swan Lake’ from October 2014 (coming to Milton Keynes Theatre in November 2014).

There must be something in the water, as Matthew Bourne is also bringing Swan Lake to town. His company, New Adventures, is set to glide into Milton Keynes Theatre in January 2014.

All of this dancing made for plenty of pleasurable viewing over Christmas and a cursory glance at the theatre listings for next year promises lots of live performances to watch and write about throughout 2014. 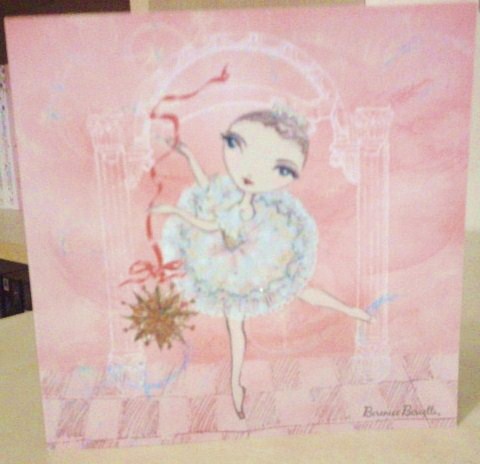 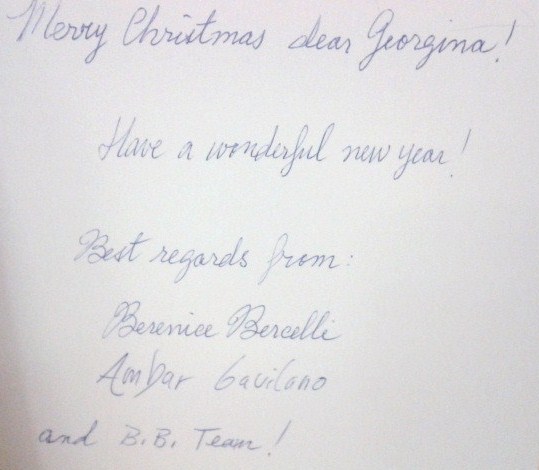