A flock of muscular, lyrical, completely masculine creatures took to the stage at Milton Keynes Theatre last night in Matthew Bourne’s Swan Lake, a contemporary re-imagining of an iconic ballet.

Bourne’s Swan Lake is an original take on an age-old favourite. His cheeky re-write ruffled a few feathers among balletomanes when first performed in 1995 but has since collected over thirty international theatre awards and is now regarded as a modern classic. 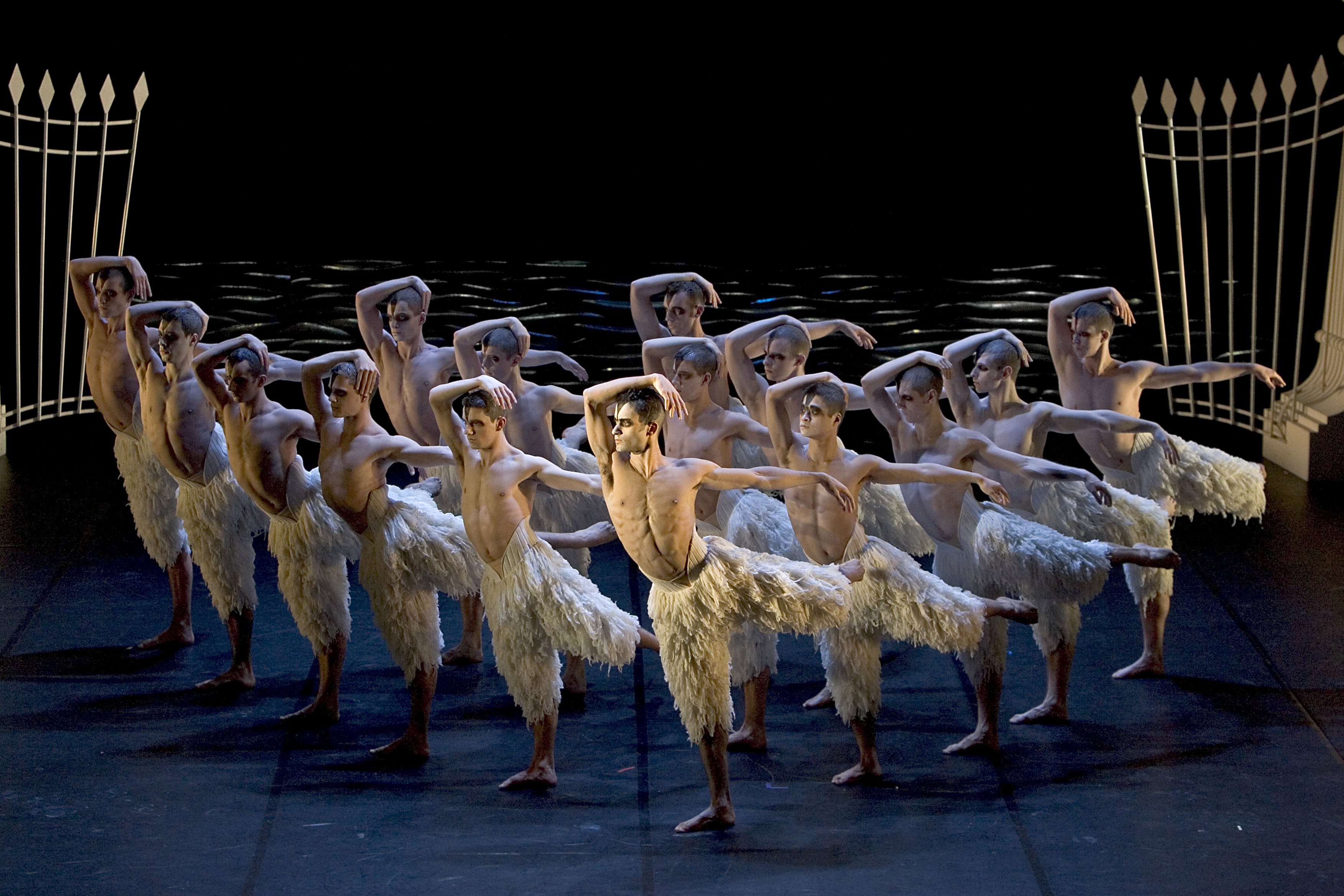 Bourne’s interpretation reminds audiences of the innate aggression and menace of swans – after all, who doesn’t have childhood memories of being chased by those nasty, hissing birds during trips to feed the ducks?

There is a glorious, liberal intensity to the troupe of well-sculpted male swans. Power and passion positively ooze from their pores as they swipe, peck and audibly hiss. They leap and swoop impressively, plump their feathers and preen; heads angled, arms bent. En masse, these feral fowls are daunting but their bolshie attitude is tempered by an enduring delicacy and poise. For all their provocation, they still create masterful movement to accompany Tchaikovsky’s hauntingly beautiful score.

Bourne looks to push boundaries and bring fresh facets out in well-loved tales so his Swan Lake is by no means limited to the novelty of the male swans. This Swan Lake is not classical ballet – it is engaging dance theatre – and it is not an all-male production (confusions may arise among those thinking of the all-male, drag company ‘Les Ballets Trockadero de Monte Carlo’).

Bourne’s male dancers are not men playing parts “meant” for women, his swans simply are what they are: thrilling, almost otherworldly creatures. The use of breath to instigate movement, along with a sporadic emphasis on rhythms created with the feet, makes the whole experience immensely immersive. The Swan Ensemble enthrals and would be enjoyable enough to watch independently. In its entirety, this production captivates from the very start. 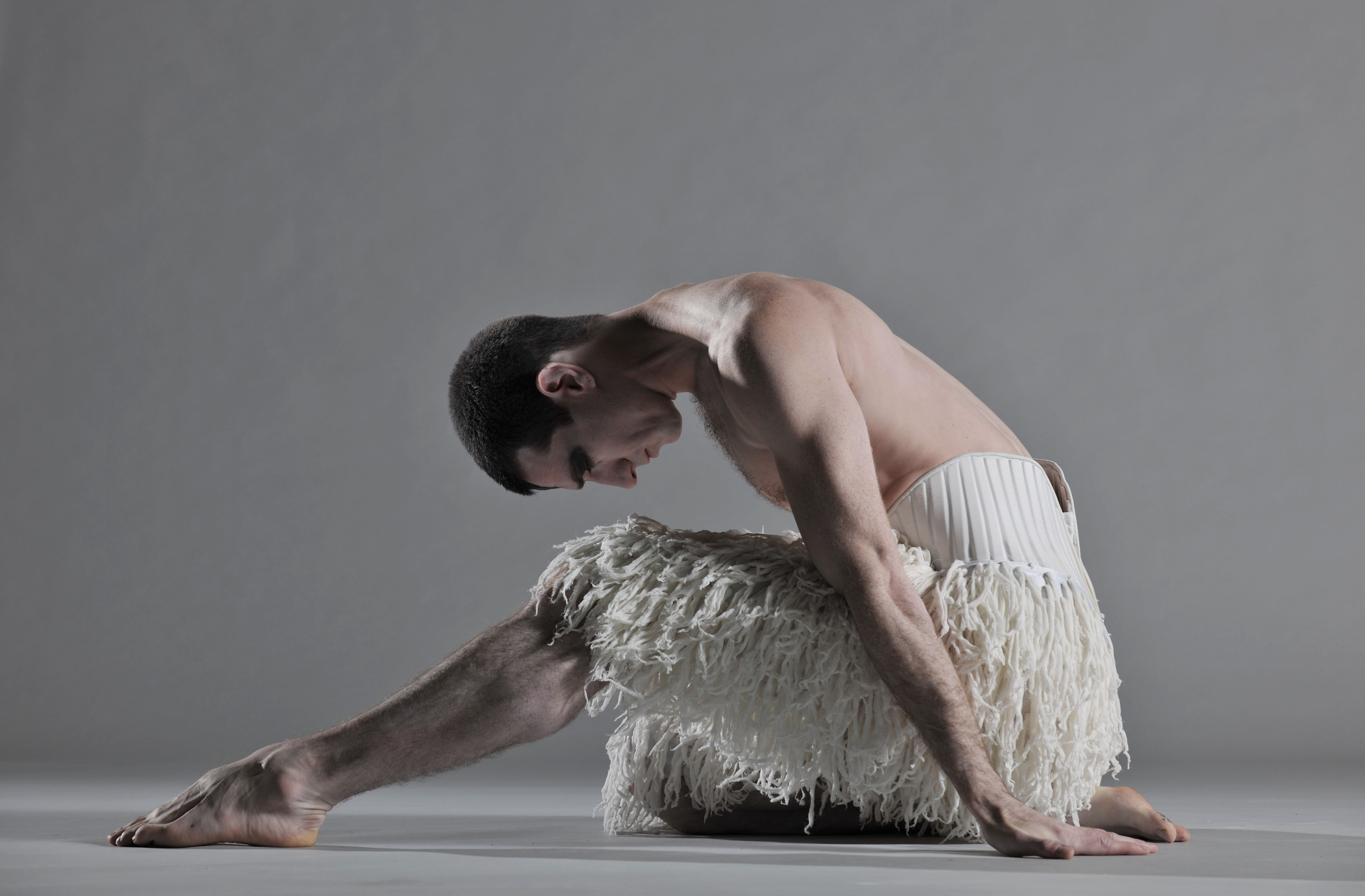 New Adventures are adept when it comes to storytelling and performance and getting the right individuals to blend dance, acting and comedy is crucial for Principal roles and Ensemble dancers alike. Returning to the Ensemble for this tour is dancer Tim Hodges, from Milton Keynes. He trained at the Woollard-Tiffin School of Performing Arts in Stony Stratford under the guidance of Kathleen Woollard (now retired) and then at the Arts Educational School, Tring. His credits include Dirty Dancing and Chicago (UK tours, which included stops at Milton Keynes Theatre). Besides embodying a swan, he notably takes centre stage during the Royal Ball in Act 3, fighting to retain the attention of his wild girlfriend to the notes of the Neapolitan divertissement music.

Fellow Ensemble dancer Chantelle Gotobed, from Newport Pagnell, is making her debut with New Adventures on the current tour of Matthew Bourne’s Swan Lake. She trained at Gaynor Cameron School of Dance in Milton Keynes and then at the Royal Ballet School, White Lodge, before progressing through to the Upper School. Her classical training is obvious throughout the Royal Ball and her infectious enthusiasm was perfect in a raving ‘seedy club’ scene.

Ahead of last night’s opening performance here in Milton Keynes, Chantelle said: “The tour for Swan Lake is going really well so far. I’m looking forward to coming back to my hometown of Milton Keynes to perform as Milton Keynes Theatre is a great place to perform – the stage is fantastic and the audiences are very welcoming.”

The packed auditorium last night showed how eager theatregoers here in the new city were to enjoy some top-notch entertainment, with a Bourne twist. Safe to say, no one would have departed disappointed.

Loosely based on the story of the classical ballet (which itself is cobbled together from various Russian folk tales), Bourne’s version retains the young prince (The Prince) who is struggling to find love. Royal convention demands a happy union cemented in marriage so that he can ascend the throne.

The Prince sets his sights on a silly, giggly girl (The Girlfriend). The Prince escorts The Girlfriend and his mother (The Queen) to the theatre to see a ballet. What follows is a riotous romp of a scene in which The Girlfriend commits every faux pas imaginable while watching a tongue-in-cheek parody of “a ballet”. Taking a seat before The Queen, peering over her shoulder, leafing noisily through a programme and, heavens, not turning her mobile phone onto ‘silent’ – these are just a handful of the ditzy but likeable character’s misdemeanours.

Unimpressed with The Girlfriend and her atrocious behaviour The Prince turns to drink. The icy Queen rebuffs him and, feeling trapped by royal convention and starved of maternal love, The Prince contemplates suicide. Basically, this is a man with an oedipal mother fixation who is mollycoddled by palace staff and repressed by royal convention. He is battling his inner demons and yearning for freedom.

Whereas in the classical ballet an encounter with a flock of swans sees a prince simply fall in love with a female swan (who is in fact a princess cursed to live as a swan during daylight hours until a suitor can prove his undying, faithful love for her), Bourne’s narrative focuses on a depiction of human vulnerability. 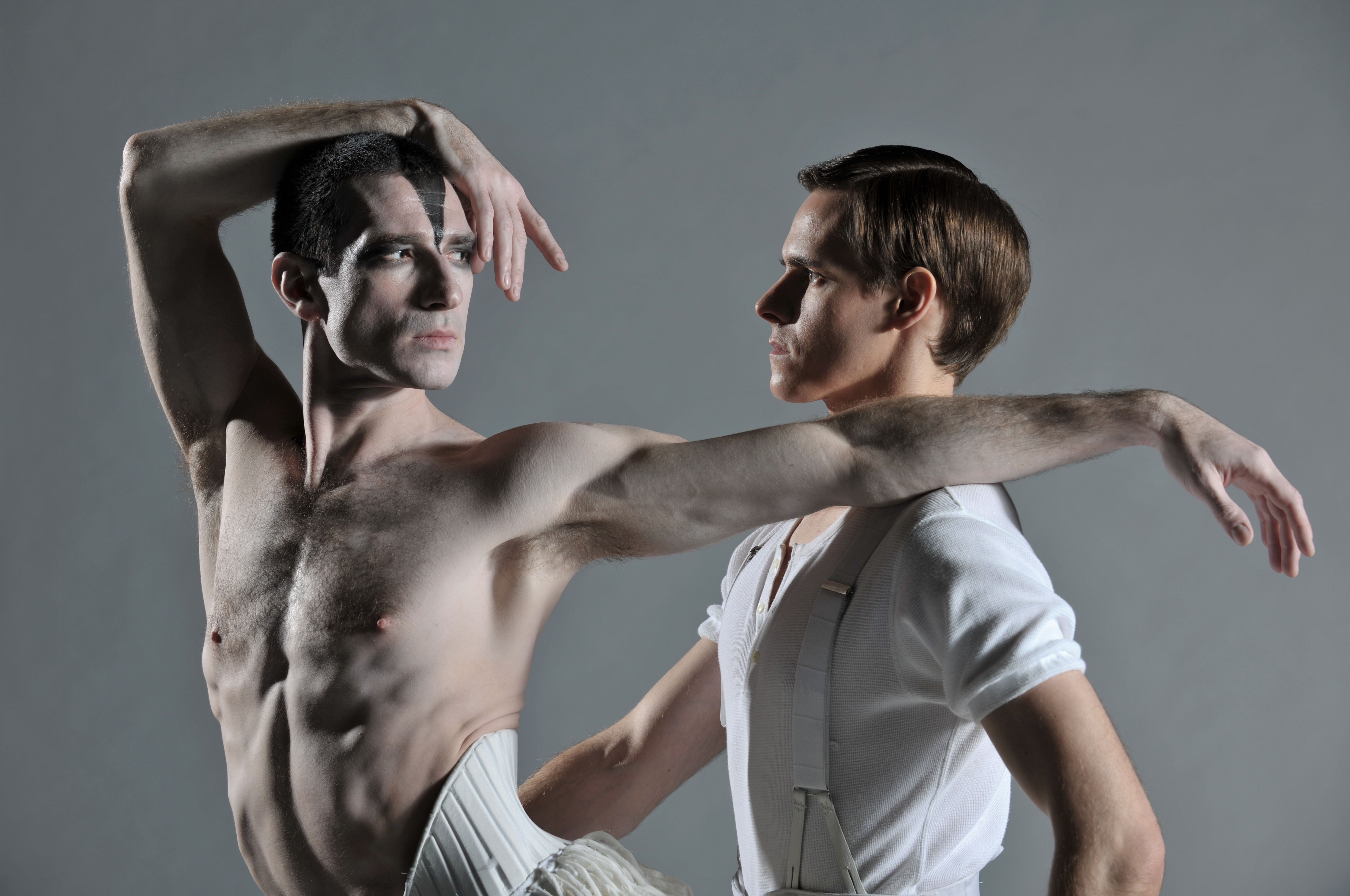 The Swan is not literally a figure of sexual desire for The Prince in Bourne’s Swan Lake. Instead, The Swan seems to represent the autonomy and masculinity that The Prince desperately wants to assert. Any subversive eroticism is overshadowed by mesmerising pas de deux moments between The Prince and The Swan. Athleticism, virility, strength, power, passion, excitement. Everything that expressive dance performed by male artists should be is communicated during the ‘white’ acts (those featuring the swans).

The acts in which we follow the wider antics of people – featuring scenes in The Prince’s bedroom, the palace, the street, a seedy club and a city park – delve into the main player’s psyches. Movement is stylized and always in-keeping with characters so there are no bravura movements just for the sake of showing off. Character and story is critical.

For fans of the classical Swan Lake, Bourne really considers the motives behind the feelings and how they are emoted onstage. The Prince’s sad adage music, for example, is used while he is staring morosely at his reflection, drinking himself into a stupor. This Prince is not just going to get on with things and dance with his friends as we see in the ballets. He is truly trapped and looking for a way out.

At the Royal Ball – where The Prince is expected to choose a bride from a selection of eligible princesses – the appearance of The Stranger (Bourne’s nod to the role of Odile, The Black Swan in the classical version) seems to be enough to tip The Prince over the edge.

Liam Mower debuted in the challenging role of The Prince last night and his emotive performance was utterly absorbing as he portrayed a young man in turmoil.