Sean Bates joined Northern Ballet in 2012 as a fresh-faced graduate of the Royal Ballet School. Currently a member of the corps de ballet, but already being given the opportunity to take on bigger roles, Sean grew up in Giffard Park, Milton Keynes.

As a youngster, Sean attended dance lessons at The Gaynor Cameron School of Dance in Milton Keynes. He later trained at both the Royal Ballet School (White Lodge) and the Royal Ballet Upper School.

While training, Sean won the Royal Academy of Dance’s Phyllis Bedells Bursary award in 2008. This bursary is a tribute to English ballerina and teacher Phyllis Bedells and was created in 1979 to help develop young talent. A maximum bursary of £1,000 is awarded to dancers under 17 years of age who have passed the RAD Intermediate and Advanced 1 examinations (Advanced 1 with distinction) but have not yet entered for the Advanced 2 exam. Sean went on to win the Royal Academy of Dance’s prestigious Genée International Ballet Competition in 2010.

He has just turned 22 and will return to his home town this month with David Nixon’s witty interpretation of Shakespeare’s fairy-filled romantic comedy, A Midsummer Night’s Dream. 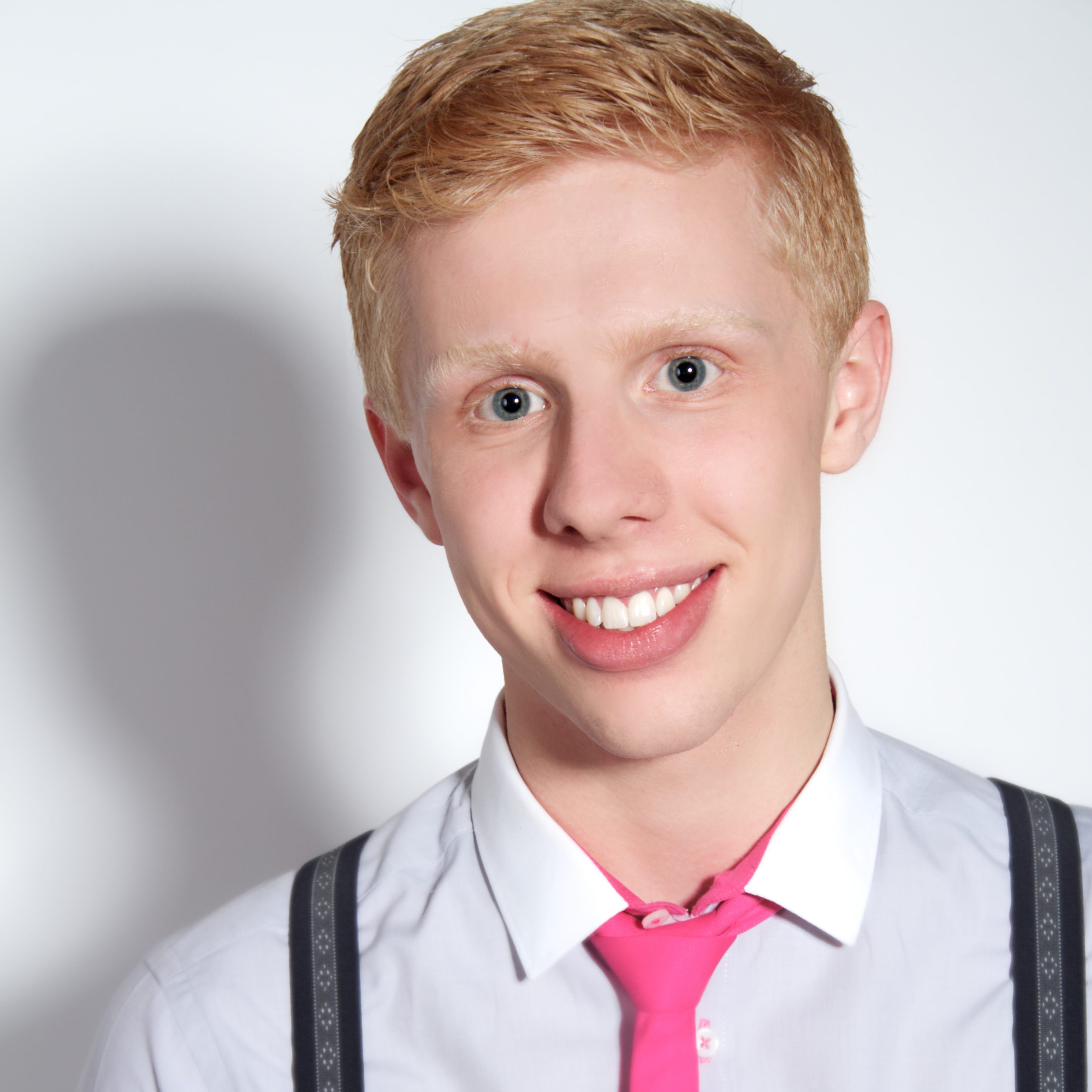 Before beginning intensive ballet training at the Royal Ballet School (White Lodge), Sean took classes in modern and tap. So, why ballet?

I always knew I’d be a dancer.

I think I feel like ballet represented me the best. I’ve always enjoyed working on the technique and constantly improving. Ballet just felt right.

I still get to use the other styles though; in A Midsummer Night’s Dream we do some tap!

Dance is obviously what Sean does best so I am keen to hear whether he has any advice for boys who dance or would like to dance.

Just that it is great to be a boy who dances. To do well you have to really love it and work hard – and grab every opportunity!

The best thing about White Lodge was probably the sense of community that was so strong there.

Although we were so young we were all there to work hard. We had the same interests and became close friends. Just that boarding school environment means you get close to the other people sharing the experience.

The worst part would have been leaving family behind and going to board at such a young age. But at the time it is worse for the family you leave behind.

Students who successfully graduate from White Lodge and progress to the Royal Ballet Upper School train in purpose-built studios in Floral Street, Covent Garden, adjacent to the Royal Opera House. By this point, young dancers will have been taught by many teachers and received a lot of advice along the way. So what is the best advice Sean has ever received from a dance teacher?

The best advice is just to go for it. To try not to get too caught up in all the steps and to really stop thinking so much.

When you are dancing and you want to do it well – technically correctly – you can end up dancing quite carefully. You just need to stop thinking about the steps.

Sean does not hesitate for a moment when asked what the best part of being at the Upper School is.

The training definitely, it was amazing. It was just brilliant having to work so hard and being pushed. It really inspires you to work harder.

The only bad part is having to grow up! At White Lodge the teachers know you and they sort of let you get away with more things and really help you through it all.

It is a big jump to Upper School as you are still only 16 years old but living in London in a university-style way. It’s definitely harder, as 16 is still quite young to experience such a change and be responsible for yourself in that way.

Trained, inspired and “grown up”, Sean secured himself a contract to join Northern Ballet in 2012.

I actually got the job with Northern Ballet through the Genée International Ballet Competition because David Nixon, the artistic director of Northern Ballet, was one of the judges on the panel for the competition the year I competed.

Since joining Northern Ballet, Sean has danced in many productions, including The Great Gatsby, Beauty and the Beast, Ondine, Cinderella and A Midsummer Night’s Dream. He considers the best part of being a Northern Ballet dancer the fact that he gets to dance on stages all around the UK.

You’re doing what you love to do and the Company has such a good fan base all over that wherever we go you can really feel that audiences are looking forward to watching us.

It feels great to know audiences genuinely love the Company and will tell us so after the shows as well!

Asked whether he has a favourite production with Northern Ballet, Sean selects Ondine.

Ondine was my first production with the Company.

Technically it is very hard and challenging for all the dancers. Even as part of the corps de ballet you feel like you are really adding to the story, not just filling in time but absolutely key to the whole production.

It is such a wonderful story, a really beautiful tragic romance. 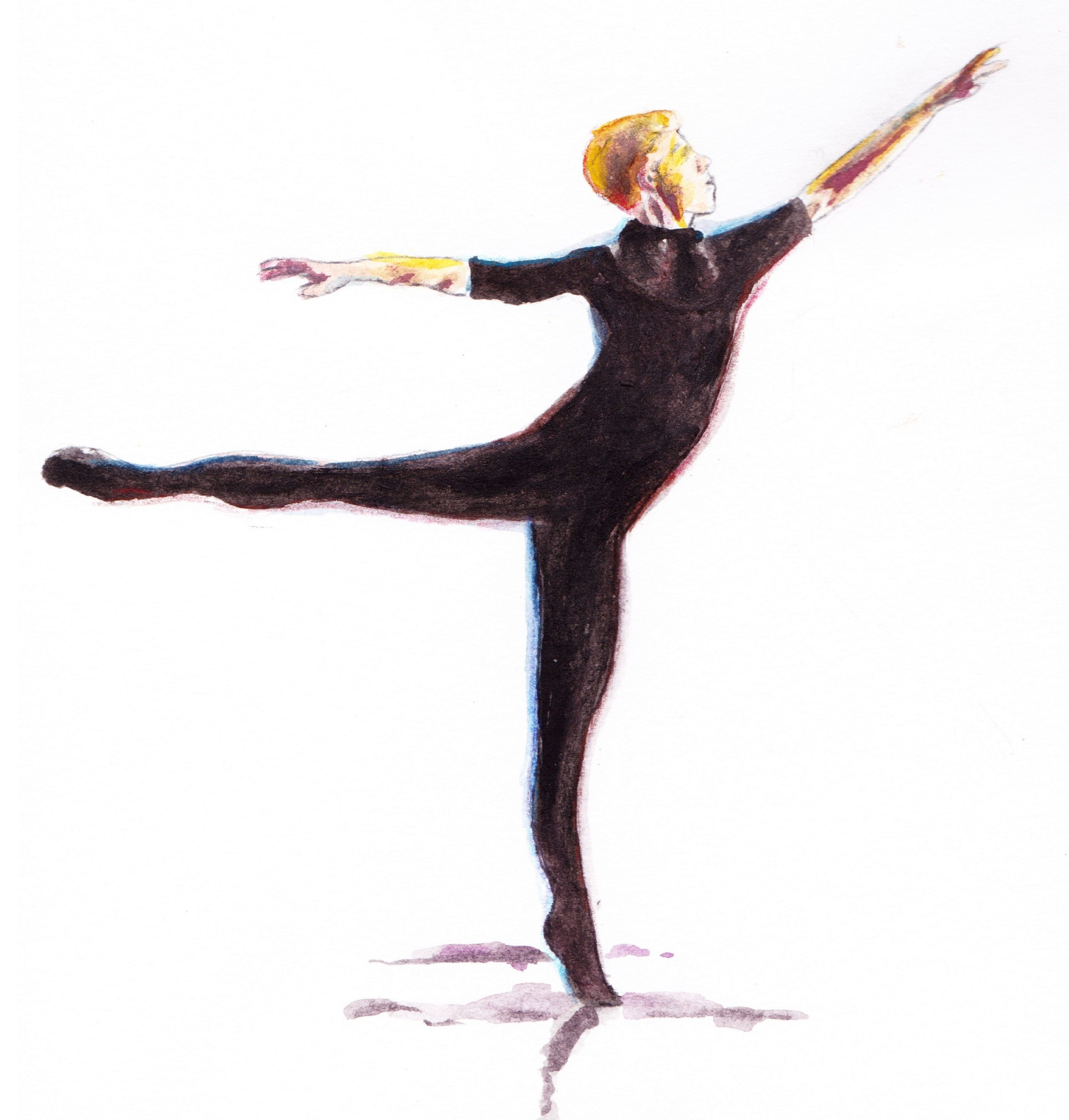 Northern Ballet aims to engage, involve and move audiences through passionate storytelling so it is crucial to find the right tales to tell through dance. The creative team take inspiration from an eclectic mix of classical dance, theatre, popular culture, literature and opera to develop new and original productions and to create new interpretations of popular classical ballets.

Touring this season is David Nixon’s 2003 interpretation of Shakespeare’s A Midsummer Night’s Dream.

We visit Milton Keynes Theatre every year on the tour. It’s a great theatre and, of course, it’s great to come home and perform and have family and friends come to watch.

Otherwise, I’m back home most weekends to visit family and friends as well.

Audiences in Milton Keynes are in for a treat for sure with our production of A Midsummer Night’s Dream. Our take on it follows a touring ballet company and it is so interesting to see how well Shakespeare’s story works in this context.

You can really see how all the characters’ relationships and interactions within the fictional ballet company relate to Shakespeare’s original text. It is just so cleverly linked with the original story that you can engage with it straight away and then enjoy all the dancing, scenery and costumes too!

As a member of the corps de ballet, Sean plays one of the fairies but in one cast he also gets to play the mischievous sprite, Puck.

Puck is a great opportunity as he is such a key role. He is involved in most of the story and creates a lot of the romantic mishaps.

In the first act he is the fictional ballet company’s ballet master. Then, in Act Two, the dream world, he is the fairy creature that gets up to all sorts of mischief!

I get to use my tap dancing skills at the end of Act One when I play Puck.

And, I also get to close the ballet as we include an interpretation of the speech that Puck delivers to the audience at the very end of Shakespeare’s play. This is where Puck apologises for anything in the ballet that may have offended them and suggests they treat it all as a dream.

Northern Ballet’s fictional touring ballet company is located in the ‘real world’ during the 1940s and then also in the dream world, so the dancers must transport us from one ‘reality’ to another.

Getting to play Puck is great for characterisation as he is quite a key character to both realities.

Going from the real world to the dream world – it is very tiring!

That is especially the case in Act Two because you have to have such energy all the time. For the dream world scenes you have to be very animated and there are lots of little solos so it is a production that really tests your stamina.

That sounds like it could be quite tricky. Is it challenging to portray the differences?

It is hard at first. Nerves play a big part. You are definitely aware of every face you pull and every move you make.

But slowly you can develop it so that you can keep a clear link. So there are lots of hints of the dream world fairy Puck in the first act, it’s just that they are toned down a lot. The dream world is where we see the qualities of each character exaggerated, but the elements of their personality are still quite similar.

Newcomers to ballet or theatre might be interested to hear about the response to A Midsummer Night’s Dream from audiences so far. I asked Sean how audiences have reacted and whether he would recommend it as an introduction to ballet.

Our A Midsummer Night’s Dream is a great first ballet if you’ve never seen a ballet before and our regular fans have all said good things about it too! People I’ve spoken to who have seen it as their first taste of ballet have said how much they’ve loved it.

I think it is so great because there is lots of comedy in it and enough of a story to really keep you engaged the whole time. There is also lots of clever stagecraft. The train scene at the station is one to look out for. The train itself is just excellent.

As much as we will be entranced by the dancing, costumes are key to the overall look and feel of a production. What will Sean be wearing as Puck?

When I play Puck, his first costume – as the ballet master – is quite simple. It’s a white shirt with black trousers and a smart cravat.

Then, when we’re in the dream world, he is supposed to be at one with nature so he is covered in vines and ivy. I get to wear this amazing coat. It has a mossy feeling to it so it is really good for getting that woodland feel.

Puck also carries a cane throughout both acts. In the 1940s, as the ballet master, it is to correct the dancers’ positions and then it carries through to the dream world too. It takes some effort to not drop it!

In A Midsummer Night’s Dream, Puck (“that merry wanderer of the night”) uses magic to alter destinies and create fantastical situations. If Sean Bates could do the same and have his dream dancing role, what would it be?

My dream role would be a role that is created on me. I love the whole creative process and think it would be amazing to have someone use my strengths to make a role that would always have the mark of me.

Dancers who have a role created for them are somehow always then still there in future productions with other people dancing the parts. That stamp of them remains in the piece. It is a very special thing.

So that would be the dream. My very own role.

That sounds like it would be magical. Fingers crossed that with some more hard work — and perhaps intervention from his very own “shrewd and knavish sprite” to engineer events (or else, an artistic director with an inspired vision) – such a role will soon become a reality for Sean Bates.

Northern Ballet’s A Midsummer Night’s Dream opens at Milton Keynes Theatre on Tuesday 20 May and continues until Saturday 24 May 2014.