There may be “no place like home” but the young cast of The Wiz looked perfectly comfortable centre stage at Milton Keynes Theatre in this year’s Creative Learning production.

Over a hundred local performers aged between 10 and 21 years old dazzled in a refreshing musical version of The Wonderful Wizard of Oz over the weekend, establishing Stage Experience 2014 as a triumphant success.

Now into its fourth year, Stage Experience is a unique two-week project run by the Creative Learning department at Milton Keynes Theatre. Led by a group of industry professionals, the venture takes a year of careful planning but the actual rehearsal period is a frenzied fortnight of fun, hard work and exceptional achievement. 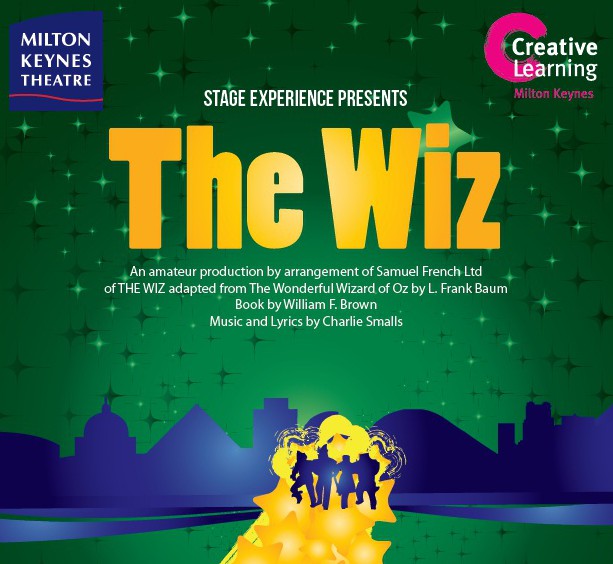 Strolling past the open dressing room windows before the show on Friday evening (the first of three performances), I heard enthusiastic chants of “One, two, three, The Wiz!” ringing out. This exuberance infused the whole evening and was skilfully channelled to shape an amateur production brimming with verve, personality and talent.

The Wiz sets Dorothy’s adventures in the Land of Oz to a high-energy fusion of rock, gospel and soul music. Director Robert Marsden, choreographer Scott Ritchie, musical director Matthew Reeve and producer Rachael Findlay were responsible for preparing the youngsters for the all-singing, all-dancing extravaganza – and making the crucial casting decisions.

With characters as beloved as L. Frank Baum’s Dorothy, Scarecrow, Tin Man and Lion, finding the right performer for each part is imperative. We need to believe in the spirited adolescent girl from Kansas who finds herself in a strange place far from home. Equally, we must be able to empathise with the Scarecrow who longs for a brain, the Tin Man who is bereft of a heart and the cowardly Lion who yearns for courage. The audience should want to join this menagerie of misfits on their journey to the Emerald City.

Happily, the principal performers made following the yellow brick road a most enjoyable experience.

Georgee Burn was a sparkling Dorothy – and not just because she was sporting those special silver-sequinned slippers. Currently a student at Guildford School of Acting, Georgee is studying professional production, majoring in stage management, and plans to work backstage when she graduates. Hopefully she will continue to seek out the spotlight in her leisure time as she has a clear singing voice, natural acting ability and charming presence.

Of course, an authentic Dorothy needs her little dog, Toto, too. Georgee was accompanied by a scene-stealing young Italian Greyhound named Gladys. The somewhat bemused Gladys made quite an impact during her brief appearances and coped admirably with the cheers and applause she received. 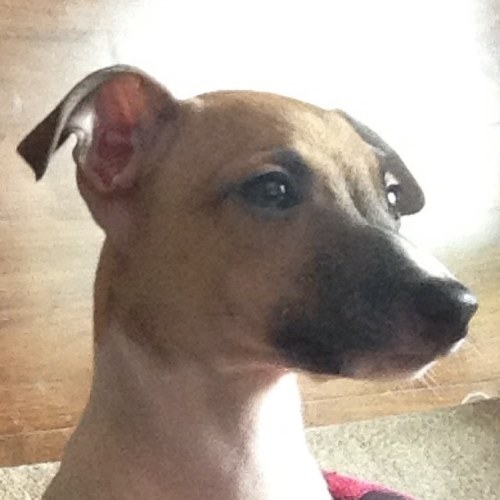 The Scarecrow is the first member of the peculiar trio that Dorothy encounters. Flanked by a flock of hip-rolling, booty-shaking crow dancers decked out in black harem pants, Milton Keynes College student Charlie Buckley was thoroughly entertaining. His comic timing was spot on and, with fluorescent orange strands of straw for hair and hands and a baseball cap atop his head, his Scarecrow had rhythm and soul. Charlie’s gangly limbs lent themselves well to the slightly manic character. A forward roll finishing legs akimbo (well on the way to box splits), was followed by plenty more party tricks as the Scarecrow impatiently sought out some intelligence.

Next, Dorothy befriends the Tin Man and Freddy Parkington made the most of the opportunity to shine in his first leading role. He looked slick in head-to-toe silver (including biker jacket, hard hat and coordinating face-paint) and gave a performance to match. Urging Dorothy and Scarecrow to “slide some oil to me” he loosened up his stiff joints to deliver smooth vocals and a routine that proved you don’t need to have a heart to be able to ‘dance your heart out’.

Completing Dorothy’s quirky little posse is the endearingly timid Lion. This king of the jungle is one messed-up wild pussycat but Duncan Boyes played him with plenty of humour and affection. Rocking golden dreadlocks as a mane and a suede trouser suit teamed with boxing gloves, he looked great.

Undoubtedly, costume designer Donna Rice created fantastic looks for all of the characters.

In this modern retelling, our new friends ease on down the road to an upbeat mixture of songs that had the audience tapping their feet and smiling. The Munchkins celebrated the demise of the Wicked Witch of the East with much hilarity and I loved their zany style. They wore black and white leggings and tops, with messy hair, kooky accessories and bright jelly shoes. With their quirky moves, they were positively effervescent. 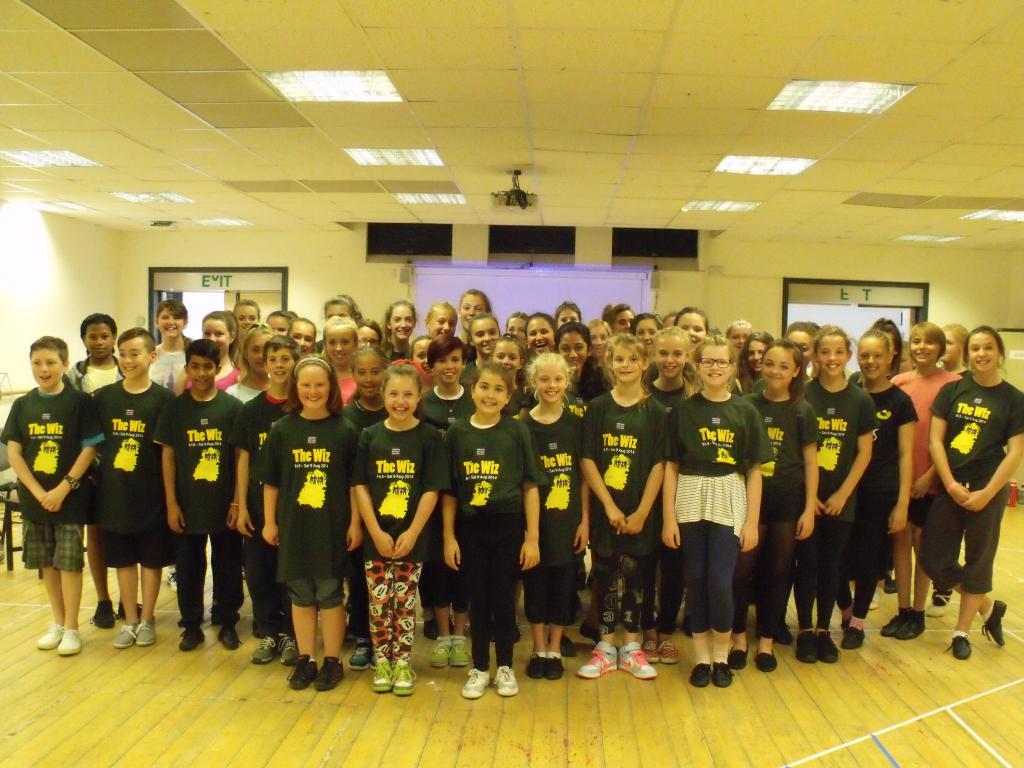 Each and every cast member brought huge personality to the stage in this wonderful, whimsical, slightly wacky show. Although there was the odd occasion when the vocals were difficult to hear over the orchestra, by and large this was a faultless performance. Quite outstanding considering the short time the full company had to rehearse.

The dance sequences were well-devised to use the vast space available and the designers pulled out all the stops with the sets, props and special effects. Having seen this magical musical, it is clear that participating in Stage Experience certainly gives budding young performers a tantalising taste of what it would be like to tread the boards as a professional.

For information on upcoming workshops, events and projects to get involved with at Milton Keynes Theatre, visit the Ambassador Theatre Group’s Creative Learning website.

This review featured on the Milton Keynes Citizen website and I also wrote some copy for the print edition.