Emily Brontë’s tragic masterpiece tells the passionate tale of the stormy relationship between Cathy Earnshaw and the foundling Heathcliff. There is a fine line between love and hate and this bleakly beautiful yarn is all about the intense interplay between these two infatuated characters.

Inseparable as youngsters, Cathy and Heathcliff’s childish affection rapidly evolves into an all-consuming love. When their lives take different paths, the intense connection between them becomes an obsessive and devastating force as unruly and dangerous as the surrounding windswept Yorkshire moors. 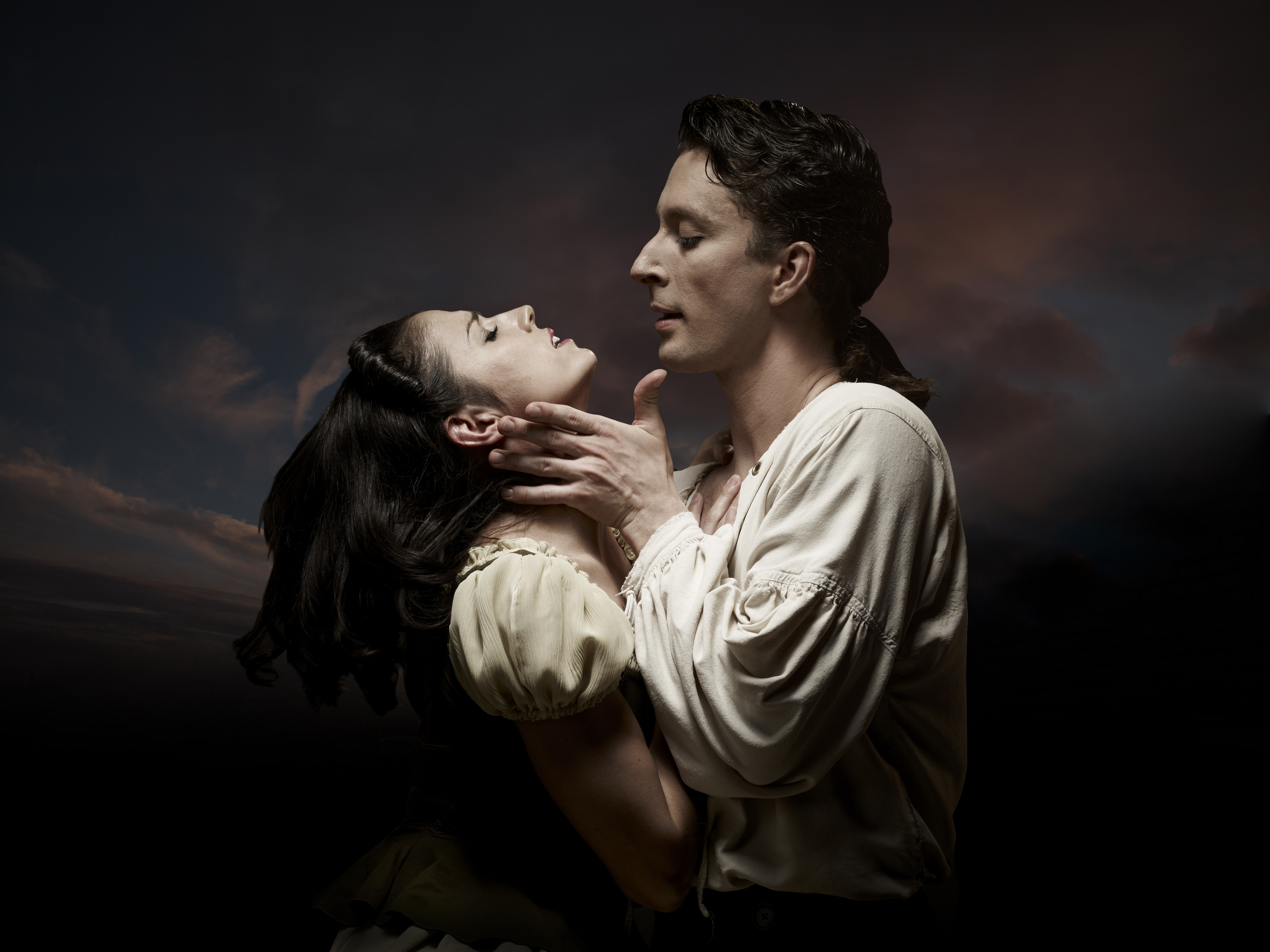 This love story was the first production artistic director David Nixon OBE choreographed for the company after he joined in 2001. Premiered in 2002, Wuthering Heights was also celebrated composer and librettist Claude-Michel Schönberg’s first ever ballet score. He created the production’s rousing accompaniment after his incredible success with musicals Les Misérables, Miss Saigon and Martin Guerre. Schönberg’s initial collaboration with Nixon was later followed by a further alliance in 2011 when he devised the music for Northern Ballet’s Cleopatra.

Northern Ballet’s Wuthering Heights represents a true love story within a love story. During rehearsals for the original production in 2002, then Northern Ballet principal artist Charlotte Talbot (who helped to create the role of Cathy) met and fell in love with Schönberg. They got married in 2003.

Wuthering Heights will see Northern Ballet’s dancers at their dramatic best. The company is renowned for bringing famous stories to life through a unique blend of modern ballet, accomplished storytelling and live music. Its memorable and moving productions delight audiences here in the new city every year, enticing both balletomanes and newcomers to dance.

Ticket-holders should prepare to be immersed in Cathy and Heathcliff’s turbulent romance as one of the greatest love stories ever written is given a Northern Ballet revamp. It’s going to be a wild night out!