As a dancer, dance writer and ballet teacher, I tend to subscribe to Friedrich Nietzsche’s notion that “we should consider every day lost on which we have not danced at least once”. If the opportunity to dance myself does not arise, I can normally be found penning a dance preview, review or feature; quizzing someone else about their work in dance; or observing dancers as they train and perform.

Today is World Ballet Day 2015. This online event brings balletomanes as close to a huge selection of professional dancers around the world as it is possible to get – thanks to 23 hours of live, behind-the-scenes video footage.

For one day only, The Australian Ballet, Bolshoi Ballet, The Royal Ballet, The National Ballet of Canada and San Francisco Ballet are uniting to celebrate dance on a global scale. They are throwing open the doors to their studios, rehearsal rooms and auditoriums in order to give audiences a chance to see just what it takes to be part of one of the world’s top companies. 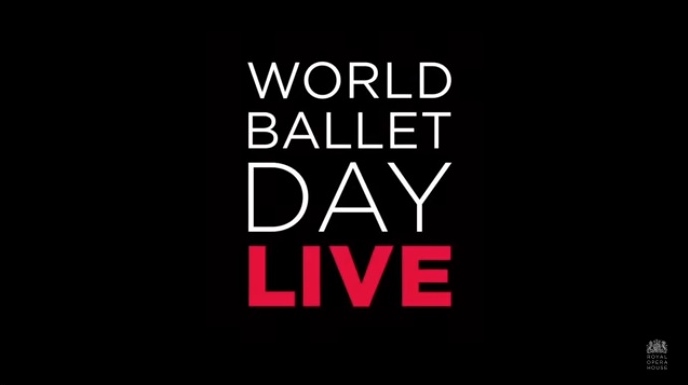 The first ever World Ballet Day was held on 1 October 2014. The live broadcast attracted a total of 502,823 views from dance lovers around the world who watched for an average of 27 minutes. Allowing unparalleled behind-the-scenes access, the streaming project revealed each company’s approach to class and rehearsals, illustrating the unique personalities that characterise five world-class companies.

After the success of last year’s unprecedented collaboration, the companies are once again streaming live footage of their dancers in class, on tour and in performance. This year’s online dance extravaganza also includes pre-recorded footage from a variety of regional dance organisations which are geographically close to the five participating companies.

The curtain rises on World Ballet Day LIVE with The Australian Ballet, live from its headquarters in Melbourne, Australia. After watching the dancers take their daily class, ballet fans will be able to watch a rehearsal of the Company’s new production of ‘Sleeping Beauty’. The live feed then moves to Moscow, Russia, to visit the Bolshoi Ballet, which is just entering its 240th season. Next, viewers will spend five hours with The Royal Ballet, at the Royal Opera House in London’s Covent Garden. Following this stop-off in the United Kingdom, audiences will join The National Ballet of Canada at the Place des Arts in Montréal for a behind-the-scenes peek at their autumn tour. Finally, San Francisco Ballet will conclude the broadcast with a preview of their upcoming season and interviews with some of ballet’s most well-known choreographers.

With so much dance to devour, that’s definitely my Thursday taken care of!

World Ballet Day is being broadcast on the official website. Each of the five host companies is also broadcasting the entire 23-hour event on their individual YouTube channels.