A lifetime of precious memories is presented through a whirlwind of dance in The Last Tango, Vincent Simone and Flavia Cacace’s farewell theatre production.

The dazzling duo are bidding adieu to audiences nationwide with their last ever full-length, grand-scale touring stage show: The Last Tango. Hot on the heels of their two previous smash hits, Midnight Tango and Dance ‘Til Dawn (both shows enjoyed stints in the West End as well as visits to venues across the country), The Last Tango brings the couple’s foray into theatre to a captivating close.

Reluctant to change a successful formula, Vincent and Flavia have once again worked with Olivier Award-winning choreographer and director Karen Bruce. They have also kept charismatic character artist Teddy Kempner as a central focus, tying all of the action together. The result is another breathtaking display of dance, expertly interlaced with music, songs, comedy and drama. 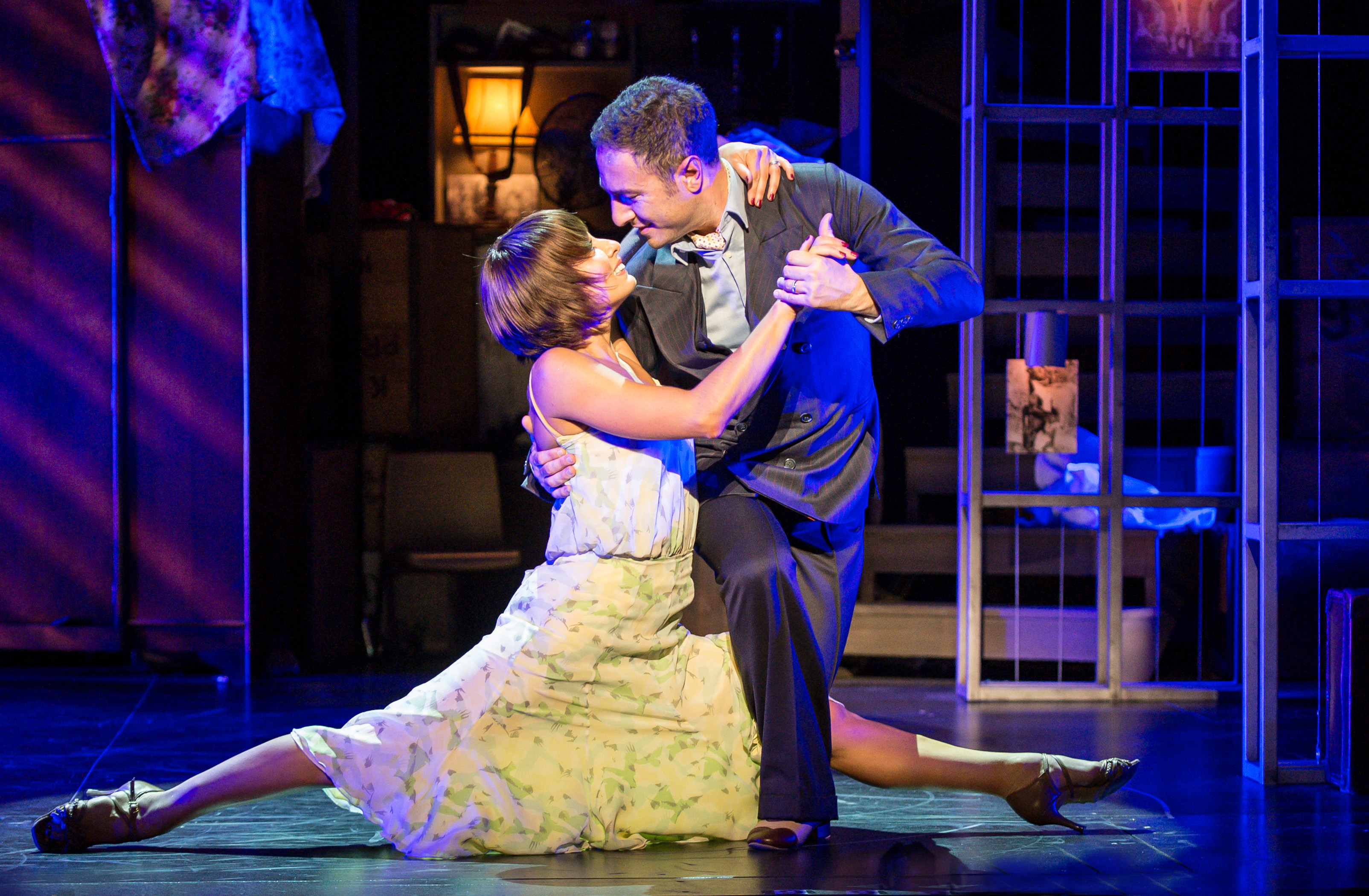 The Last Tango is refreshingly simple in its narrative approach. Teddy Kempner plays a senior version of Vincent’s persona. We meet this older character as he clambers into his loft, intent on clearing it out. Unsurprisingly, being surrounded by items from the past makes him fondly reminisce about how he met his wife and their life together. As he roots through the jumble of belongings that have been safely stashed away he uncovers some possessions amid the clutter that have a special place in his heart, evoking strong memories of happy, sad, entertaining and difficult times.

It’s a touching tale of life, love and loss, with each nostalgic recollection depicted through combinations of compelling choreography. Vincent and Flavia have been dancing together for two decades (near enough a lifetime in itself) and it is impossible not to be swept away by their performances – both joint and solo. After the initial enthusiastic smattering of applause that greeted both star dancers when they made their much-anticipated entrances onstage at Milton Keynes Theatre on opening night, their dancing and acting made for an effortlessly convincing portrayal of a young, carefree couple caught up in the magic of an everyday romance.

With the story set both pre- and post-war, the love affair begins when the pair meet during the 1930s at the English seaside. Cue deckchairs, a picnic, a boisterous game of cricket and a coconut shy. In remarkably swift fashion, the dancers depict an affectionate courtship, idyllic wedding and amorous honeymoon. Their fairy-tale beginning is interrupted by the arrival of call-up papers for Vincent’s character. Nonetheless, post-war hopes of making a home together, sharing baby news, nurturing a growing family and celebrating milestone birthdays live on. 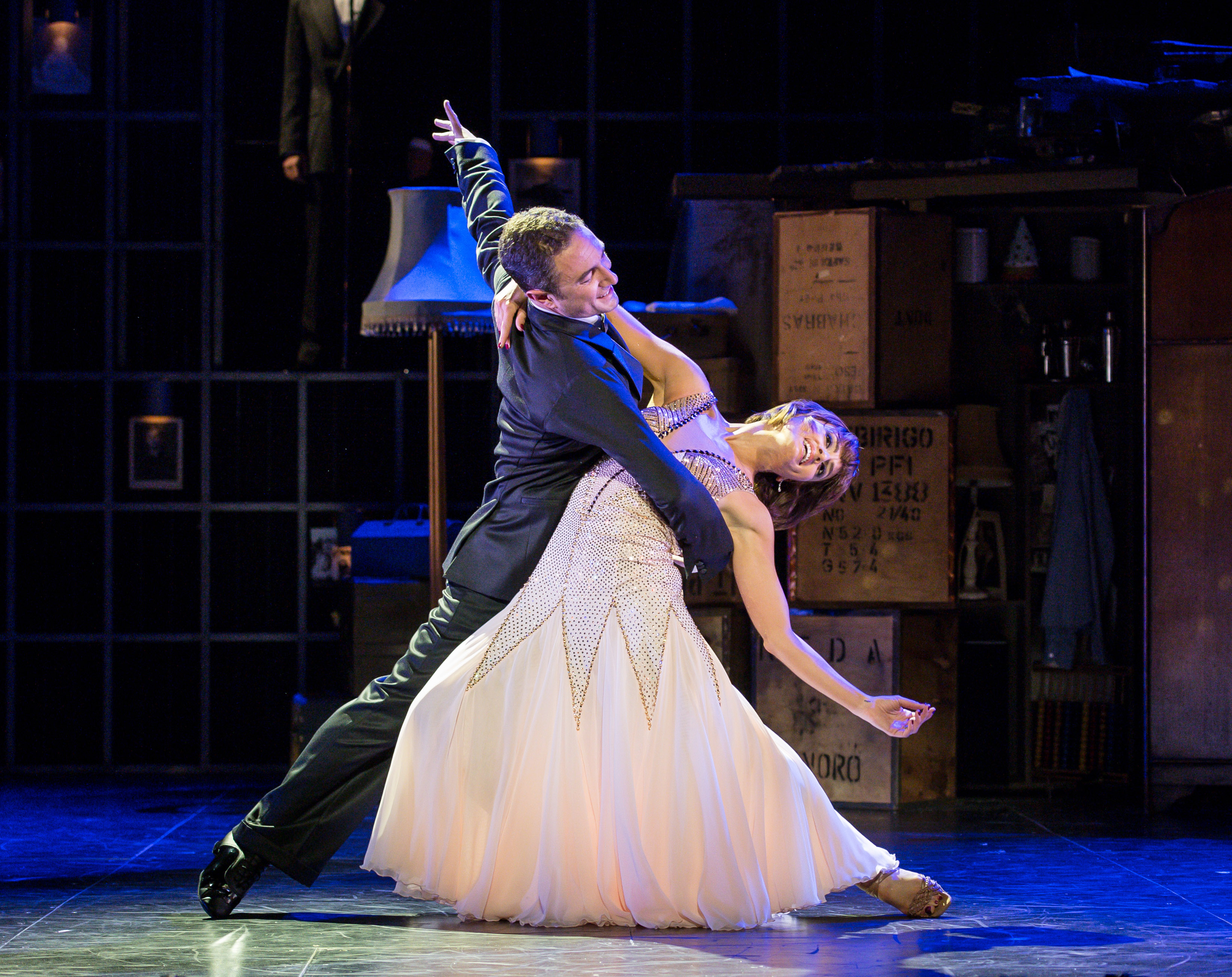 The passage of time lends itself well to ensuring a huge variety of dance styles are included in ‘The Last Tango’, along with a substantial selection of familiar, toe-tapping songs. Tango – and not forgetting the awesome Argentine tango – features as a huge highlight, of course, but there is dance aplenty as Vincent, Flavia and a wonderfully talented group of ensemble performers waltz, foxtrot, samba, jive and rumba their way through the show. The choreography pays homage to times gone by in numbers such as ‘Boogie Woogie Bugle Boy’ and ‘Moondance’, while incorporating contemporary moves and impressive lifts into other routines.

Perhaps the most striking thing about The Last Tango is how seamlessly the styles are blended together and how fluidly the dancing captures the myriad of moods within the story. Vincent and Flavia are eternally in sync – with each other and with the music. In fact, as Vincent leads and Flavia follows their movements almost translate each individual note of the music into pure emotion. Watching them, I feel that these two are more fluent in the language of dance than any other. Dancing truly does seem to be natural for them.

As incredible as Vincent and Flavia are, The Last Tango is most definitely a group effort. Ensemble performers Callum Clack, Diana Girbau, Rebecca Herszenhorn, Aaron James, Rebecca Lisewski, Jemima Loddy, Ian Oswald and Grant Thresh prove to be animated, athletic and adaptable artists as they ably assume all of the accompanying roles. Their enthusiasm and fast and furious numbers are guaranteed to have even the most shy and retiring spectators clamouring to join in. After all, (as Strictly Come Dancing reminds us on an annual basis) everyone loves to dance and everyone has it in them to – no matter how woeful their execution may be! 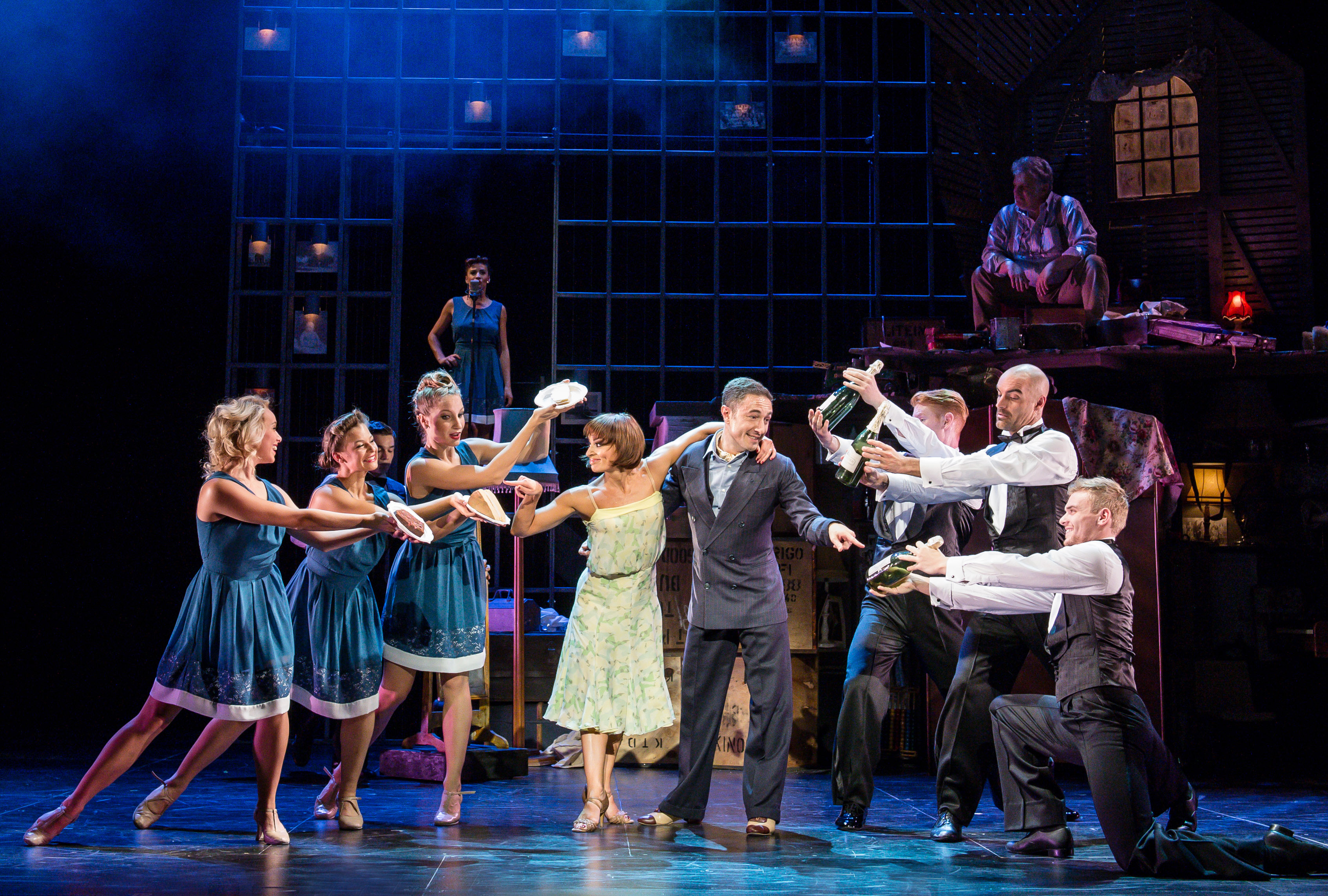 Just as they were in Vincent and Flavia’s previous productions, the costumes in The Last Tango are gorgeous. As Strictly‘s costume designer, Vicky Gill is used to adding a unique sprinkling of sparkle to a dance performance but her designs for this production are sumptuous without detracting from the characters themselves. Similarly, set designer Morgan Large’s work is very dancer-friendly. His attic framework allows Teddy Kempner to be on-stage throughout the whole show, perched above proceedings in the cluttered loft, getting a bird’s-eye view of the dancers reliving his character’s youth in the space below.

The sets also allow for superb singer Matthew Gent (and the various Ensemble performers who belt out a solo or two) to take a step back from the dancing and stand at a microphone behind and above the rest of the company. The live singing and live orchestra make this production really pop. Vincent and Flavia themselves do not utter a word (as I’ve said, they let their dancing do the talking) but the classy combination of dance, music, songs and carefully scripted dialogue is what gives their productions a West End edge.

Stand-out dance moments in The Last Tango for me include Flavia’s fiery, frustrated ‘Flamenco Stomp’; the star dancers’ evocative rumba; and their spine-tingling signature Argentine Tango. But this is a real “blink and you miss it” production. Indulge in the diverse dance content but don’t be surprised to find yourself leaving the auditorium desperate to see the show again in a bid to revel in details you may have missed!

The Last Tango continues at Milton Keynes Theatre until Saturday 28 November and will tour until July 2016.