A flurry of sparkling snowflakes, a cascade of blossoming flowers and a colourful hot air balloon drifting skywards … English National Ballet’s Nutcracker proved the perfect antidote to a woefully wet and windy Saturday!

Wayne Eagling’s exuberant Nutcracker premiered in 2010 and is the tenth version to have been incorporated into English National Ballet’s repertoire since the company was established in 1950. Of all the nineteenth-century ballets, Nutcracker is the one which is most often staged and interpreted in strikingly different ways. English National Ballet’s current production includes some wonderful moments which are full of timeless Christmas cheer and plenty of divine dancing. 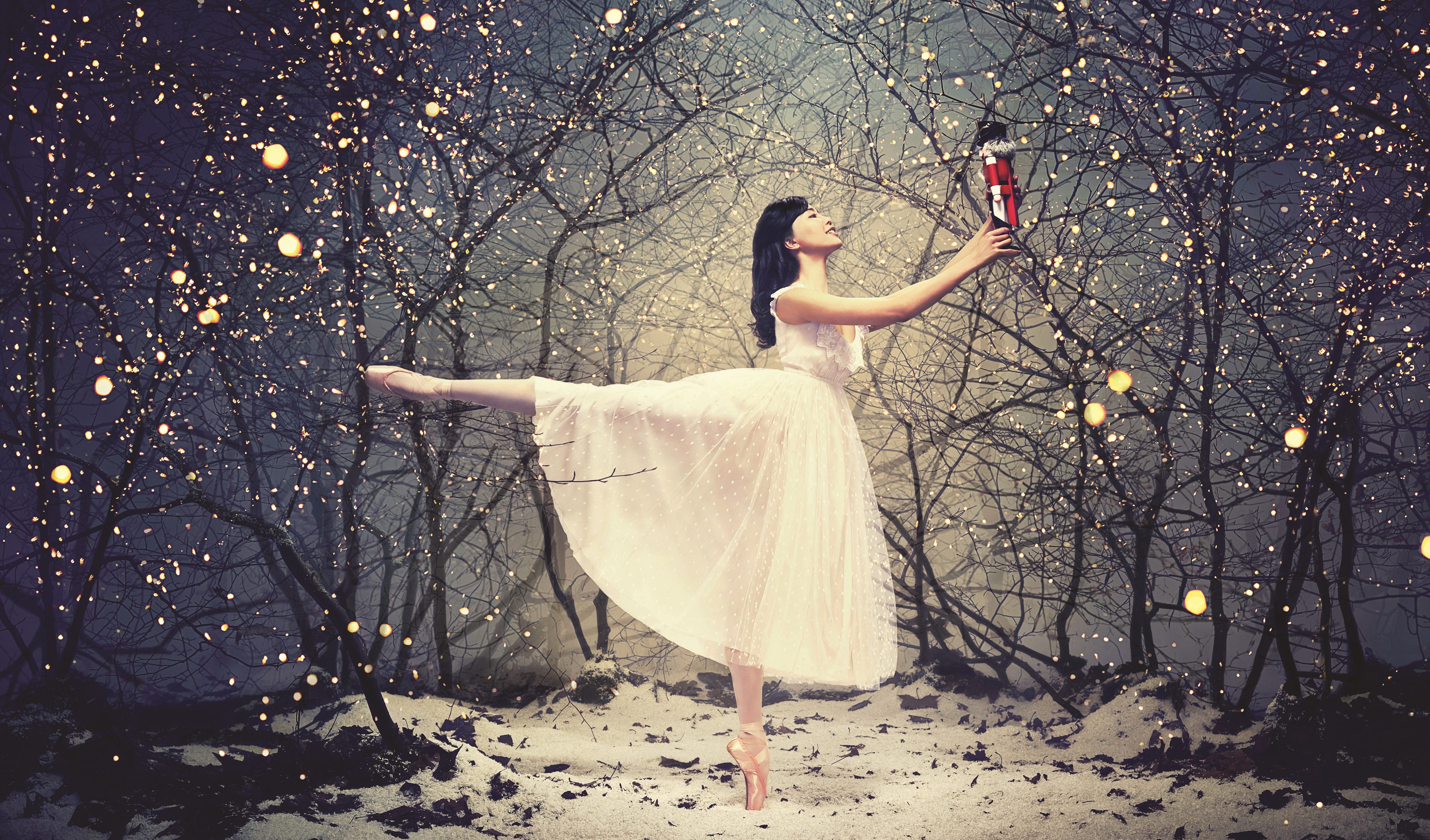 The show opens with a short prologue during which a young Clara, her older sister Louise (the always-effervescent first soloist Crystal Costa, stepping up as understudy after a last-minute change to the casting for the matinee performance I attended on Saturday 9 January) and their mischievous brother Freddie prepare for their family’s extravagant Christmas party.

Excitement builds among the siblings when they see that snow is beginning to fall. An enchanting skating scene follows as all of the party guests slip, slide and glide their way through a winter wonderland on their way to the holiday get-together. From this point on, the children sat near me were captivated – and with good reason. Charming vignettes depicting arguments over who should push the sledge, boisterous skating races and frisky snowball fights are played out with exquisite attention to detail.

In the party scene itself, the elation is palpable. Eagling’s choreography fluidly connects all of the individual passages of dancing so that the spirited children’s dances segue into the grown-ups’ elegant twirl around the floor, culminating in the traditional grandfather’s dance to close the celebrations. 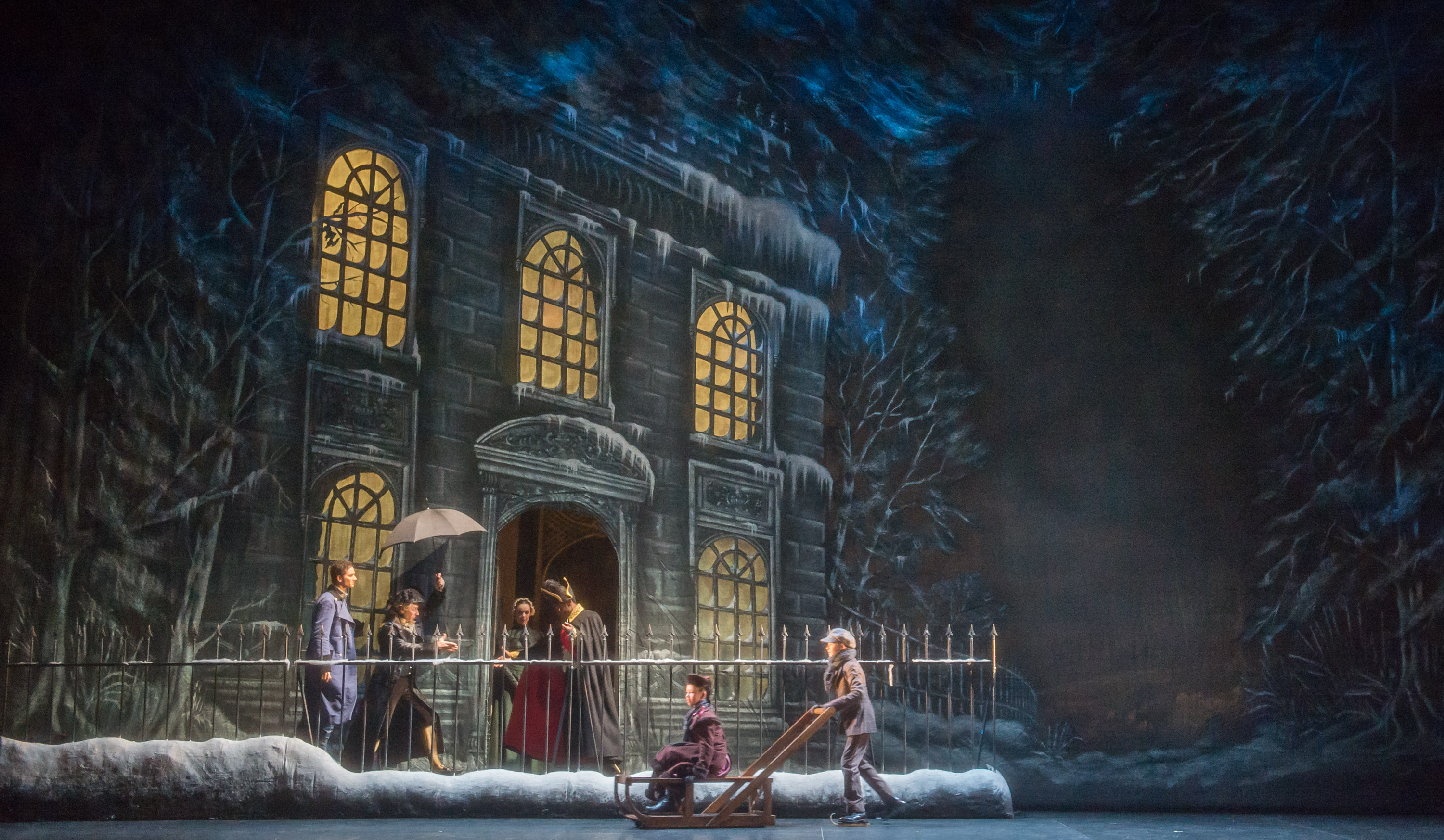 Throughout the production, Tchaikovsky’s rousing score (played live by English National Ballet Philharmonic) and Peter Farmer’s lavish sets instantly transport audiences from a Christmas party of yesteryear; into a peculiar playroom battleground where giant mice fight with an army of tin soldiers; through a whirlwind of glistening snow and up, up and away in a whimsical hot air balloon.

Principal Yonah Acosta was a very welcome addition in another last-minute cast change. He played the Nephew (the enigmatic stranger that accompanies the rather odd magician Dr Drosselmeyer to the party and captures Clara’s heart) with a genuine, gentlemanly ease. For me, the great appeal when watching Yonah Acosta dance is his Cuban fieriness and bold, manly stage presence. His movements are big, broad and powerful (despite his relatively compact stature), his turns are sharp and swift and you really get the sense that every step has purpose, drive and meaning for him.

Junior soloist Katja Khaniukova brought an incredibly lyrical softness to the role of Clara. Her feather-light landings from gravity-defying grand jeté leaps are achieved thanks to beautiful articulation of her feet, working through every inch of the pointe shoes that they are encased in to muffle any sound as they touch down upon the stage. 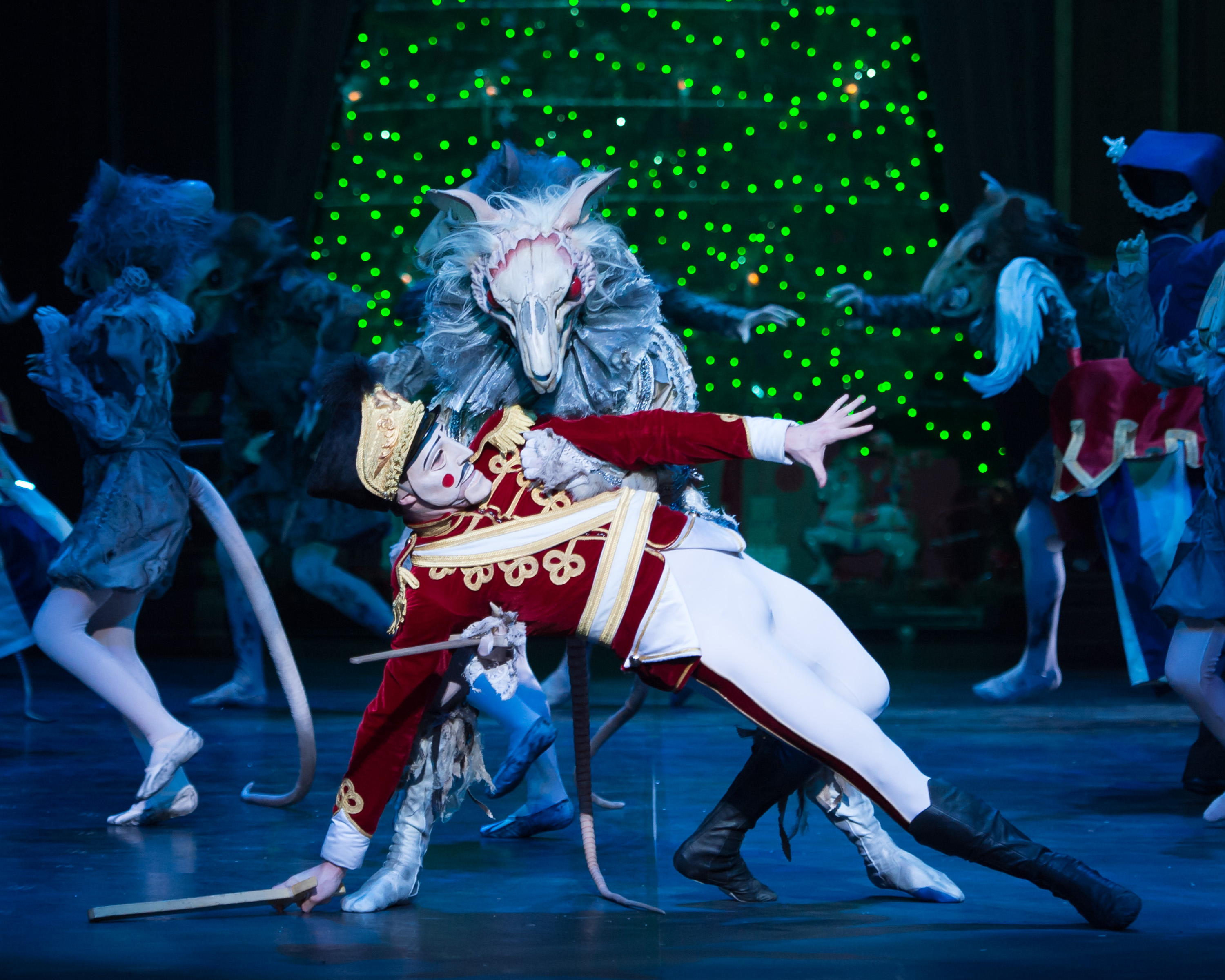 The glorious thing about Nutcracker is that there are so many opportunities for the whole company to shine. English National Ballet always produces stunning Snowflakes and, once again, I found myself utterly mesmerised by their pristine spinning, sliding and swirling patterns. Wafting arm movements depict the initial flutters of the snowstorm, before the temperature seems to drop and ice-sharp instances of stillness creep in – only for the Snowflakes to resume drifting around, seemingly swept up in another gust of chilly wind. Goosebumps are guaranteed during this segment!

Similarly, the Waltz of the Flowers was simply sublime. The music alone is heavenly. With the addition of the corps de ballet girls in hues of rosy-pink, each partnered by a dignified danseur, the whole spectacle is breathtaking. These blossoms unfold in perfect synchrony, weaving in and out of each other expertly while executing Eagling’s challenging choreography. 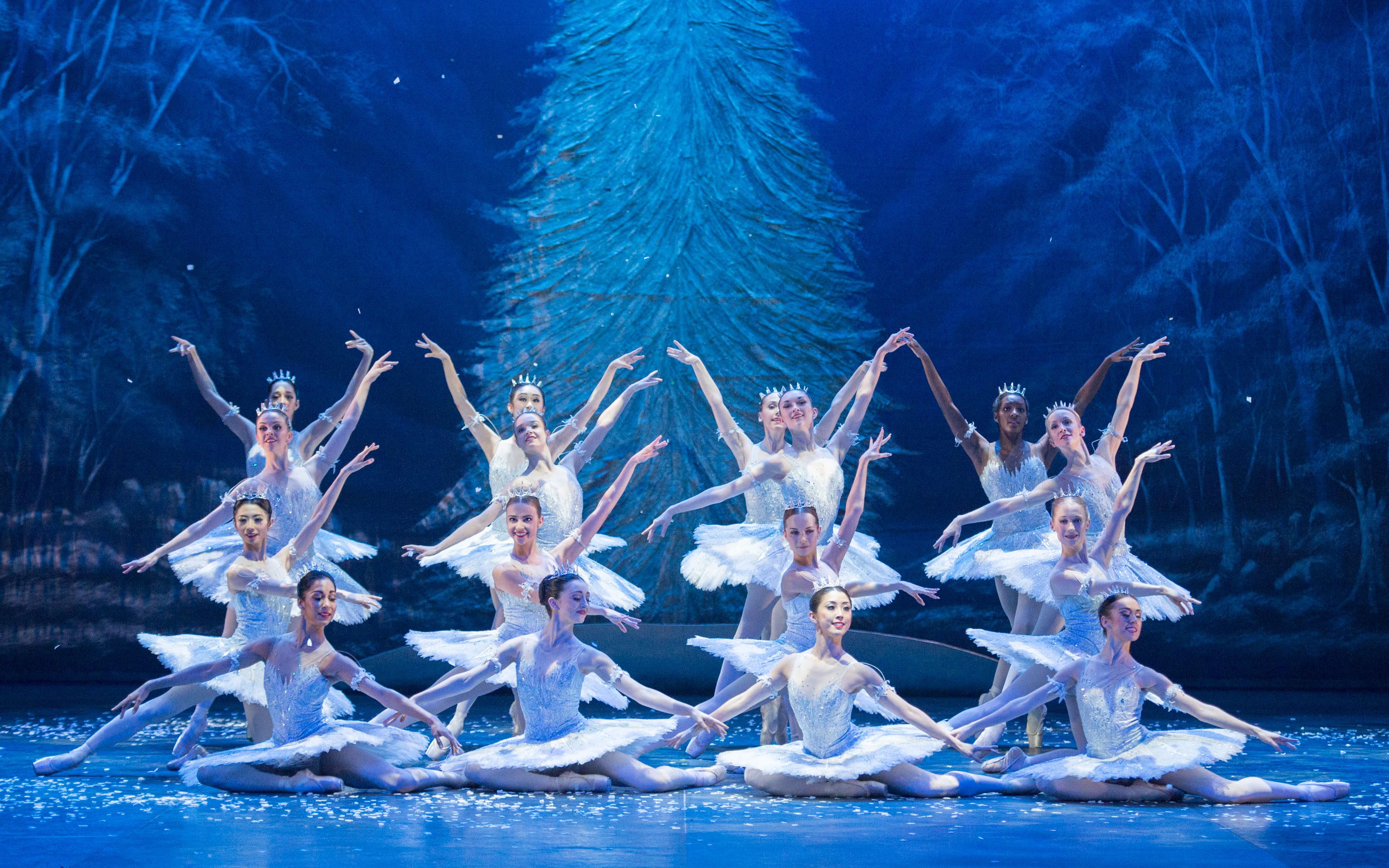 The narrative of this particular Nutcracker, set in a world of Edwardian elegance, sees Clara battle with her Nutcracker against the Evil Mouse King. The next thing she knows, her Nutcracker transforms into a handsome fellow who looks strangely like Dr Drosselmeyer’s nephew and she finds herself falling in love. It is slightly disconcerting that the Nutcracker and Nephew swap and change throughout the production – and I do miss the presence of a Sugar Plum Fairy (Clara simply dances the role herself, partnered by the Nephew). Nonetheless, the characters are well-conceived and English National Ballet’s dancers’ superlative storytelling should keep even the slowest spectator up to speed.

Rather than visiting a Kingdom of Sweets, as in other versions, this production has Clara and her Nutcracker take a ride in a hot air balloon and land beside a magic puppet theatre. Dancers from all around the world then burst into life and leap out of the puppet theatre. Their efforts inspire and invigorate the Nutcracker, helping good triumph over evil and ensuring that the Evil Mouse King is vanquished once and for all.

The parade of global entertainers includes Spanish, Arabian, Chinese and Russian divertissement dancers. The Arabian dance has been noticeably (and pleasingly) toned down since the last time I reviewed this production. The Chinese dance is a vibrant mix of blue-green costumes, punchy turns and breezy jumps. Junior Soloist Senri Kou was the star of this sunny number in the matinee I watched. Flanked by first artists Makoto Nakamura and Ken Saruhashi, she dazzled. 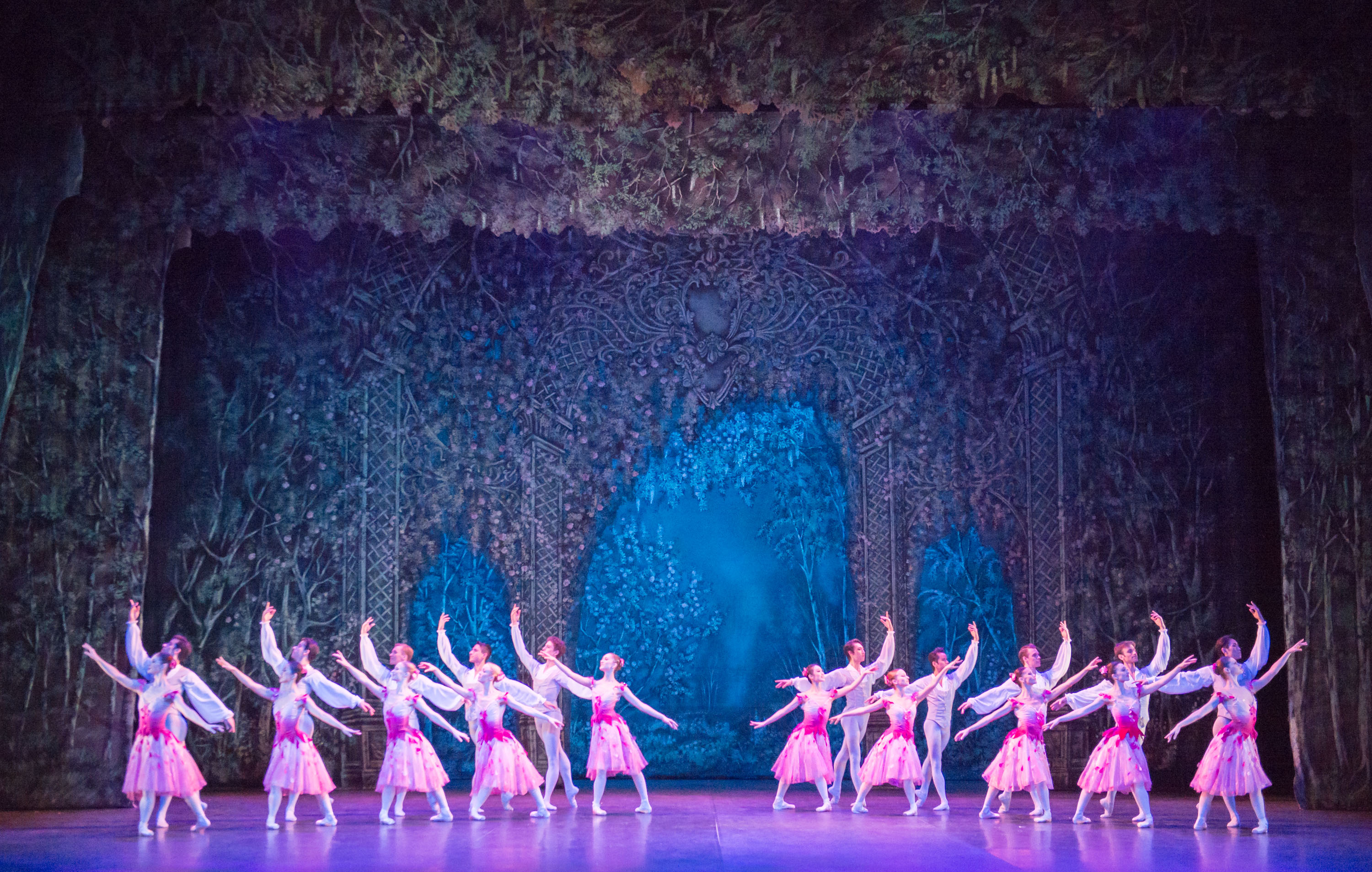 The magic and wonder to be found in this Nutcracker thrills audience members of all ages. I befriended a couple of little girls in the audience. Both were blown away by the performance and entirely entranced. There were enthusiastic young boys there too, all smiling after watching the adventure-filled show and eager to go and look at the “shoe tree”.

Standing proudly in the main entrance to the theatre is a very special Christmas tree, made up of over 588 pointe shoes which have been donated by English National Ballet’s ballerinas. It took 40 hours to construct, using 700 metres of ribbon and 33 metres of fairy lights.

This particular trip to the ballet certainly added some much-needed merriment to a wash-out of a weekend! 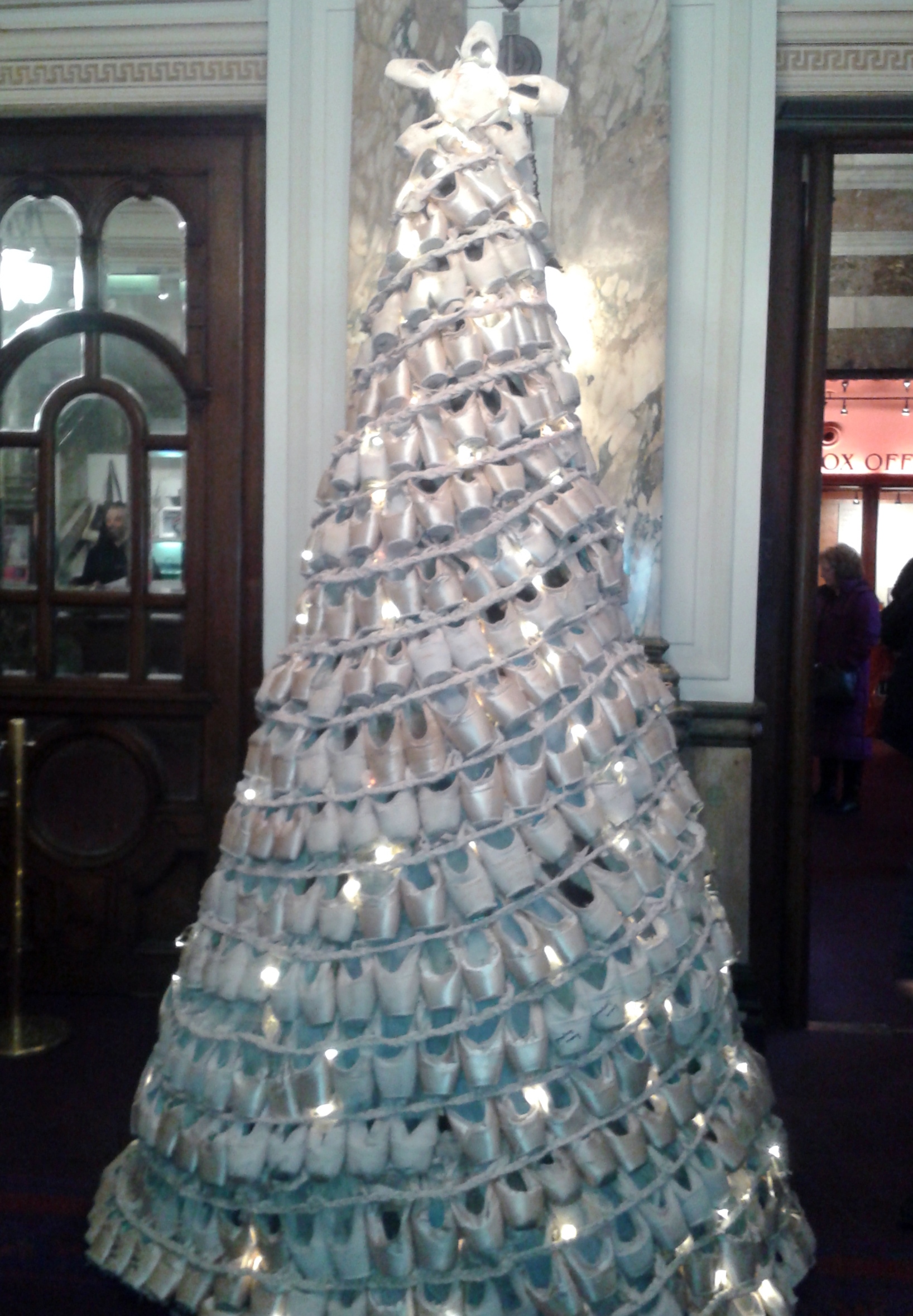 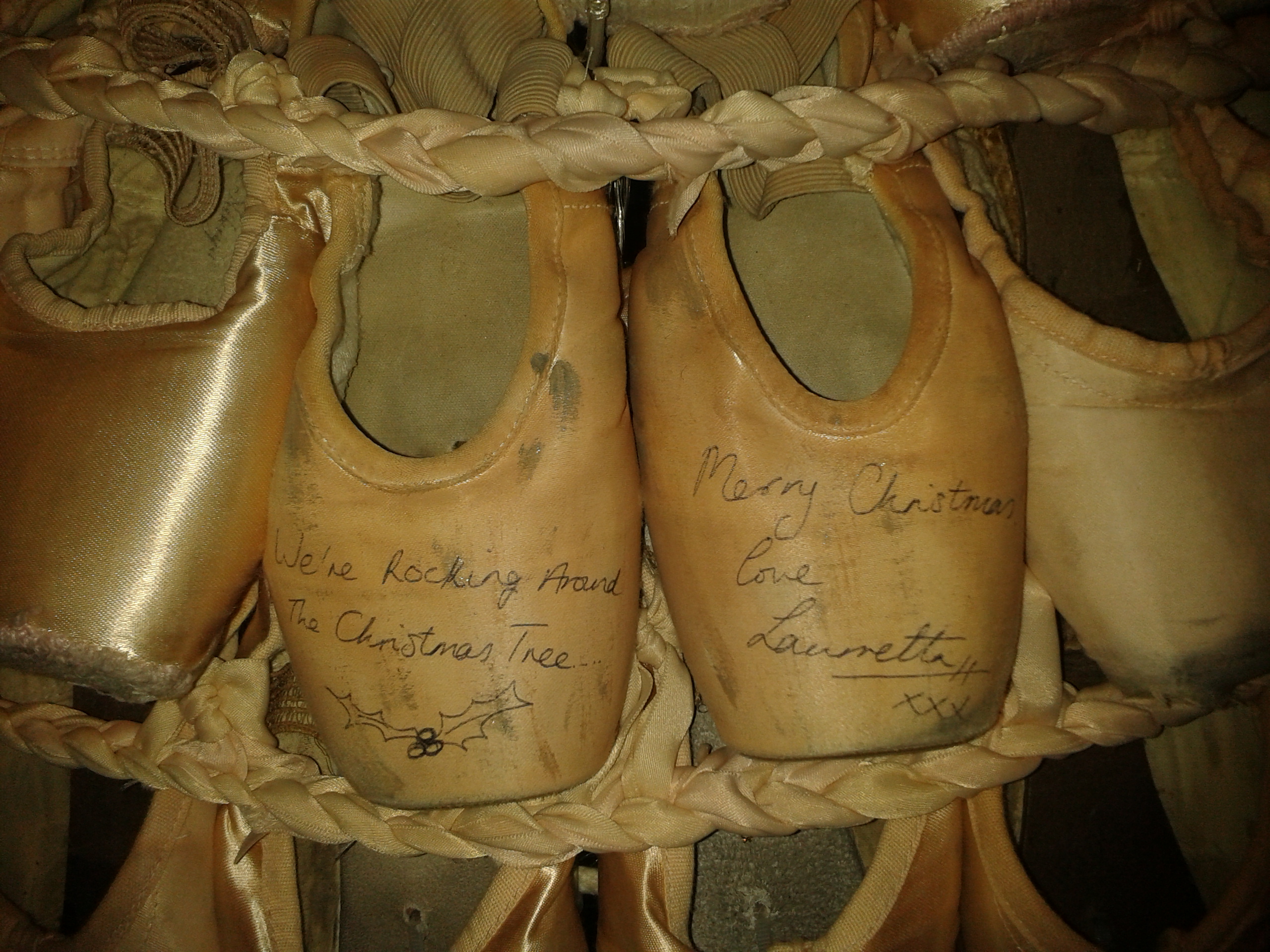 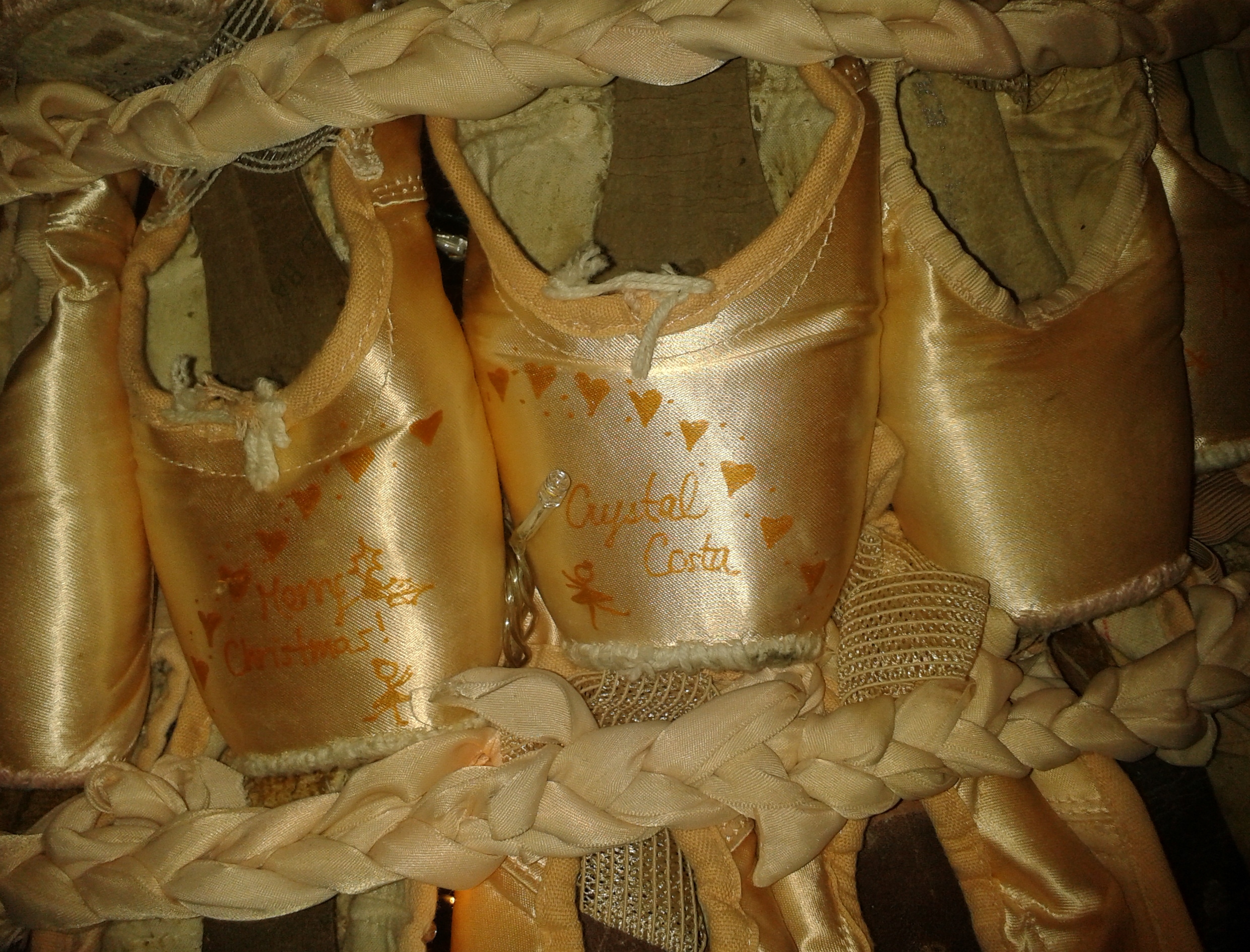 *Promotional image of Clara and her Nutcracker Doll by Jason Bell.