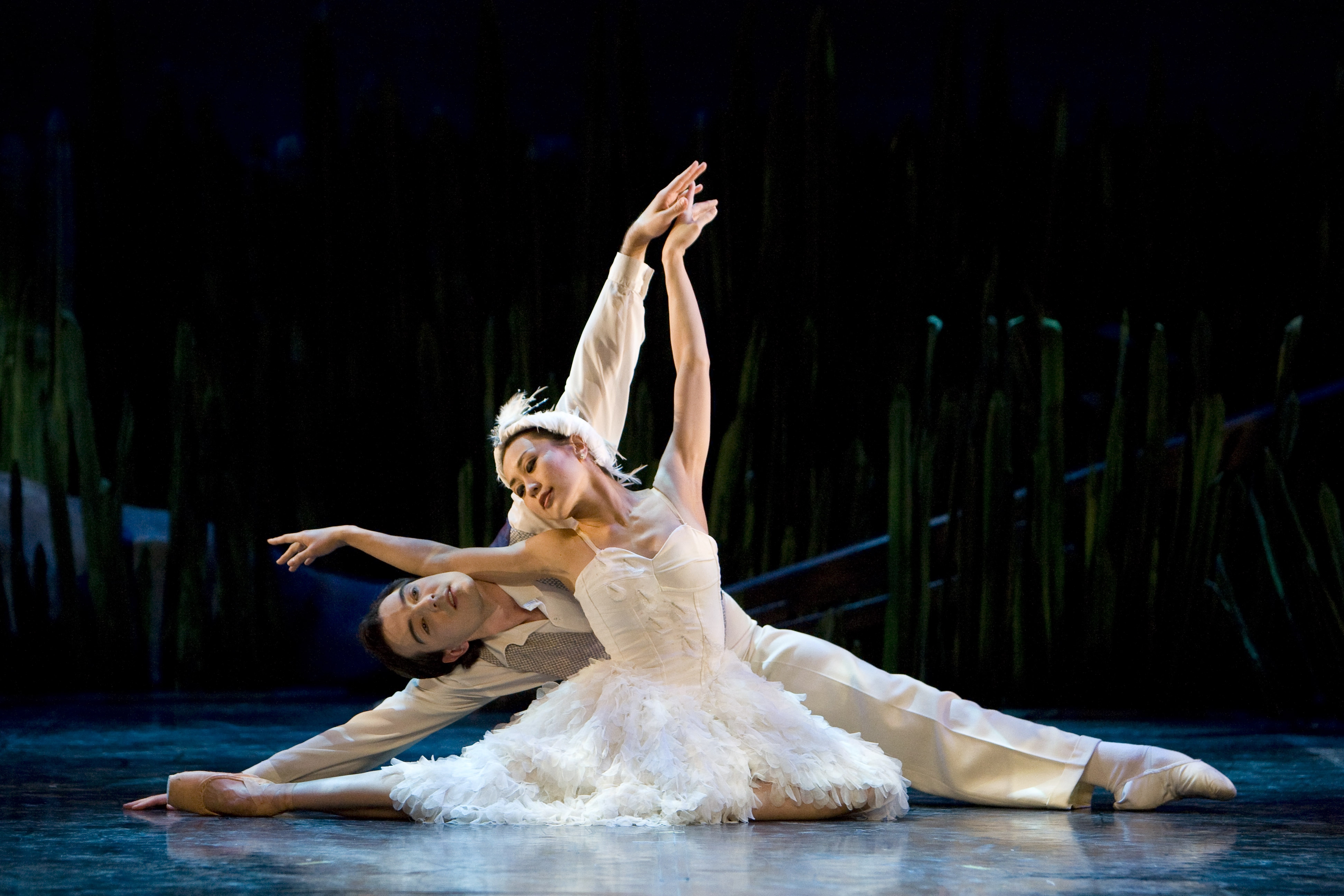 Two brothers, Anthony and Steven, steal out of their beds one night, determined to go for a midnight swim in the lake on their family’s estate. When Steven thinks better of the idea, he tries to stop Anthony from diving in but Anthony ignores him and swiftly and silently disappears beneath the surface. Mistaking the quiet for a problem, Steven jumps in after his brother, only to be submerged by the water himself. When Anthony emerges, unscathed, he realises Steven is nowhere to be found.

The rest of the household is woken up by Anthony as he shouts for his brother in panic. Their grief-stricken mother, realising that Steven has been lost to the water, is so devastated that she unthinkingly blames Anthony. Mourning his brother and burdened with survivor’s guilt, Anthony will never be the same again.

On opening at Milton Keynes Theatre, premier dancer Pippa Moore’s portrayal of the boys’ mother clearly conveyed a woman drowning in emotions. Fear, despair, denial, sorrow and sadness washed over her upon the realisation that her son was gone. 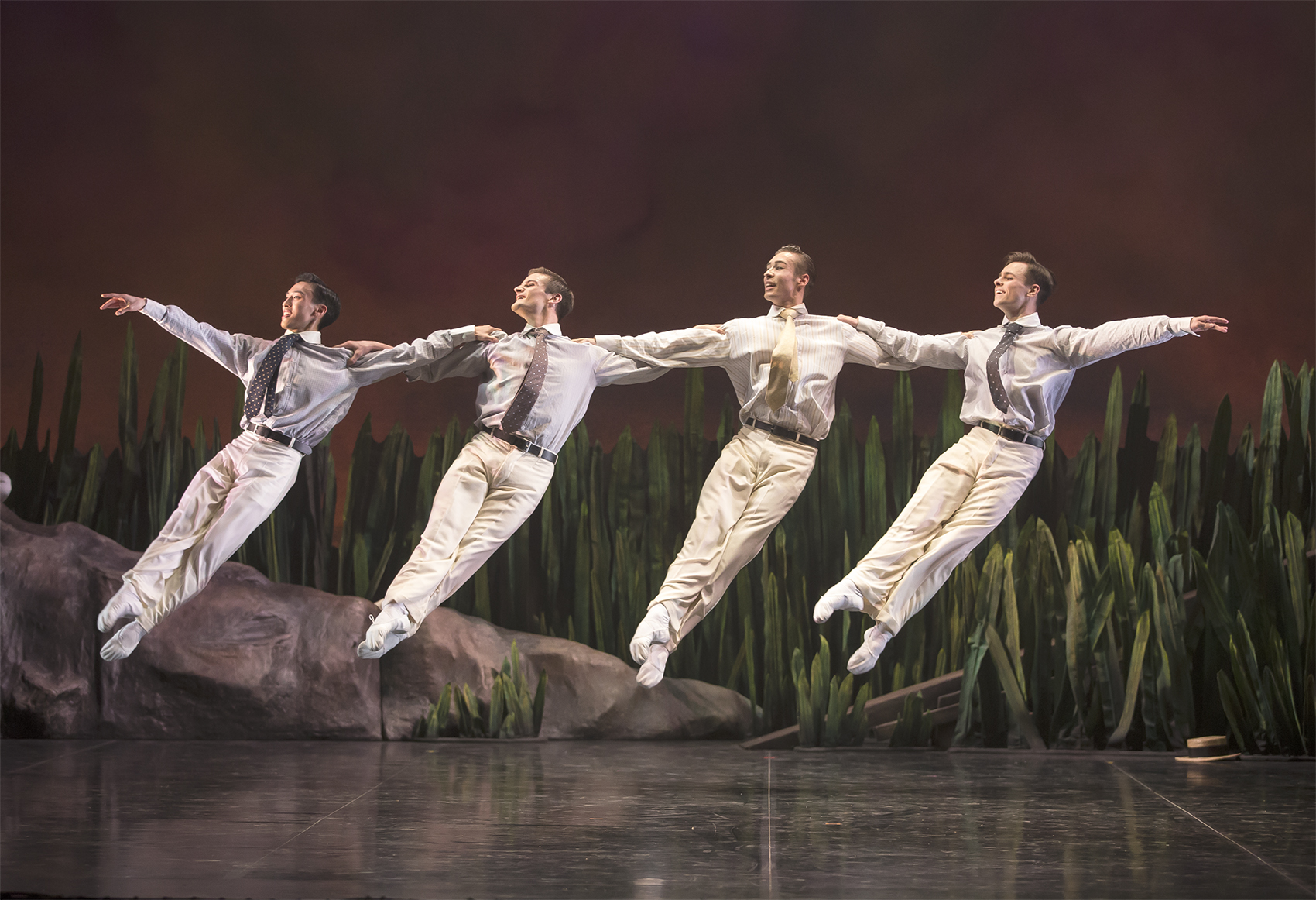 Fast-forward to the summer of 1912 and Anthony is now a college student. The boys in this production immediately strike me as an absolute splash-hit. Youthfully cavorting around during the beginning of Act One, Anthony (premier dancer Javier Torres) and his friends (Kevin Poeung, Matthew Koon, Mlindi Kulashe, Nicola Gervasi and Joseph Taylor) are boyishly boisterous riding bicycles, tossing a rugby ball about and – with the exception of the understandably cautious character of Anthony – swimming in the lake.

The male dancers in this Swan Lake are afforded plenty of time to showcase amazing elevation in superb jumps and leaps. They demonstrate precise classical ballet technique, while also impressing with lively party tricks including cartwheels, handstands, straddle jumps and even the ‘worm’ dance movement customarily attributed to hip-hop dancing.

Similarly, during Anthony’s coming of age party in Act Two, the boys burst onto the stage, bringing effusive energy and charm to the birthday celebrations. Northern Ballet is particularly adept at staging these social soiree scenes and, with the addition of the female guests (Teresa Saavedra, Miki Akuta, Jessica Morgan, Mariana Rodrigues and Abigail Prudames), the gathering is vividly brought to life. 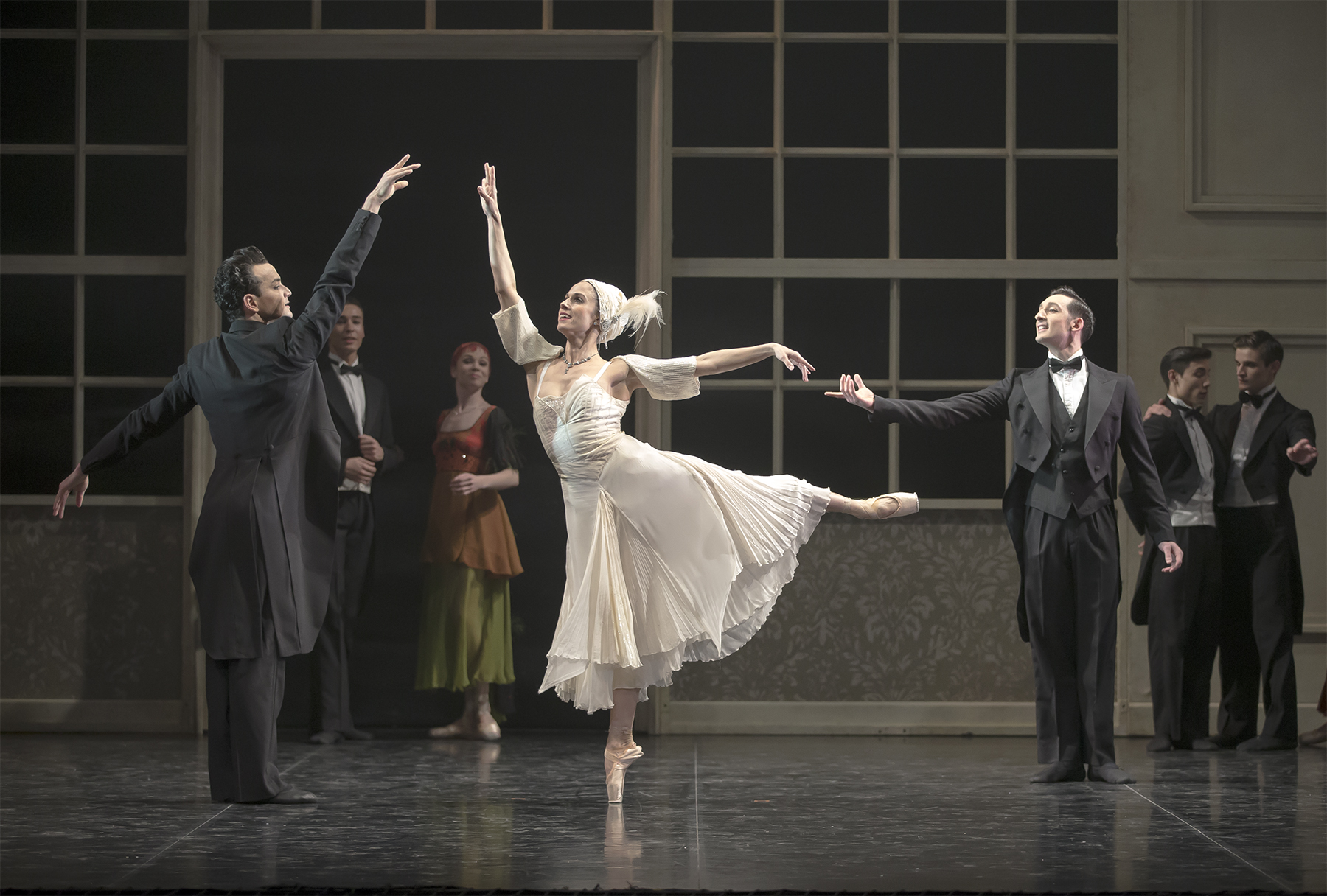 Martha Leebolt dazzles as Odilia, Anthony’s close friend and later his wife. Odilia is aware that Anthony is confused by his feelings but yearns for him to love her and commit to their marriage. Martha Leebolt joined Northern Ballet in 2001 and her poise en pointe, effortlessly elegant arms and dramatic presence ensures her success in every principal role she dances with the Company. As Odilia, she teases with arresting balances, captivates with whirling turns and is desolation personified when the fragile marriage crumbles.

Likewise, Javier Torres enthrals as Anthony. His riveting performance remains buoyant throughout, even as the swans around him seem to be treading water. A careful partner and sincere dance-actor, his portrayal of a haunted young man is consistent and compelling until the very end.

Main swan, Odette (Ayami Miyata), leads her flock with more aggressive intent than ethereal charisma. Described in the programme notes as ‘a mystical swan-like creature’ the movements for this character appear to take their cue from the viciousness of the birds themselves, leaving little space for any swan-maiden vulnerability. 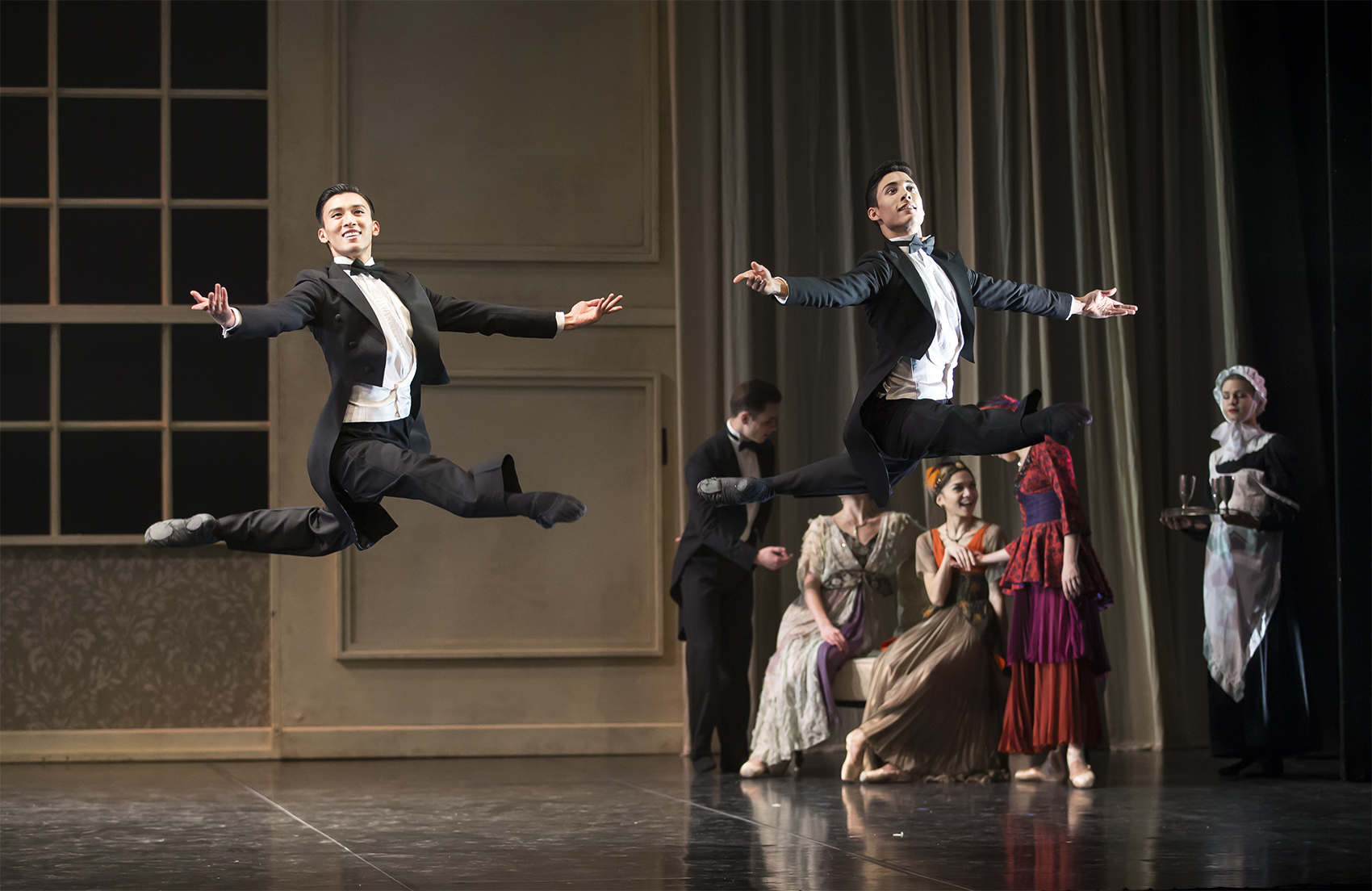 Odette is flanked by a corps de ballet, which – certainly in the first white act last night – seemed to be experiencing spacing issues and was not quite breathing as one (as is necessary for corps work). The stylised contemporary movement incorporates broken wrists and contracted arm shapes, undulating upper bodies and almost animalistic postures. While I can perhaps appreciate the possible intentions behind these nuanced novelties, elements of the choreography did slightly ruffle my feathers. In particular, I missed seeing graceful swan arms, and am not keen on the slightly hunched backs the girls adopt when running.

At times, the swans in Northern Ballet’s Swan Lake almost seem to be drowning in choreography. This is particularly so when they are artfully arranged around the sides of the stage. Their constant movement certainly achieves the aesthetic of hostile swans staying close to their queen. Nonetheless, there are advantages to be found in stillness – especially when the main players are dancing centre stage.

Northern Ballet’s marvellous male dancers really stole the show for me so I was disappointed that they did not receive a curtain call last night. To just have the swans receive the final round of applause was a real shame.

Deciding to take the plunge and adapt such an iconic ballet is no mean feat for any choreographer and Northern Ballet’s Swan Lake is a visually stunning production – just not one of my favourites from their repertoire. Packed full of dancing and performed with verve to Tchaikovsky’s poignant score (played live by Northern Ballet Sinfonia), theatregoers can expect to enjoy this Swan Lake for its entertainment and escapism.

*Production photography by Bill Cooper and Photo by Emma Kauldhar.

Northern Ballet will also give two performances of short story ballet Tortoise and the Hare on Friday 29 April 2016.

I wrote a preview of Northern Ballet’s Swan Lake for Total MK.

I also wrote a preview for the Milton Keynes Citizen GO supplement, which was mentioned on the radio.