Heart-warming musical Annie is spreading a little sunshine at Milton Keynes Theatre this week and you can bet your bottom dollar that the whole family will adore its all-singing, all-dancing antics.

The rags to riches tale is set in New York City during the Great Depression of the 1930s. Against this backdrop of extreme poverty, we witness the neglect of a posse of abandoned little girls being dragged up by the spiteful, gin-guzzling matron of the city’s grubby orphanage.

It’s a hard knock life for these mischief-making mites. They are sustained only by “mush” (indeed, some days they are denied “hot mush” and merely permitted a bowl of “cold mush” to choke down) and forced to spend long days scrubbing floors and slaving away at sewing machines. Still, even this Dickensian existence is not enough to crush the spirits of a feisty red-headed foundling named Annie (no surname, no siree, it’s “just Annie”). 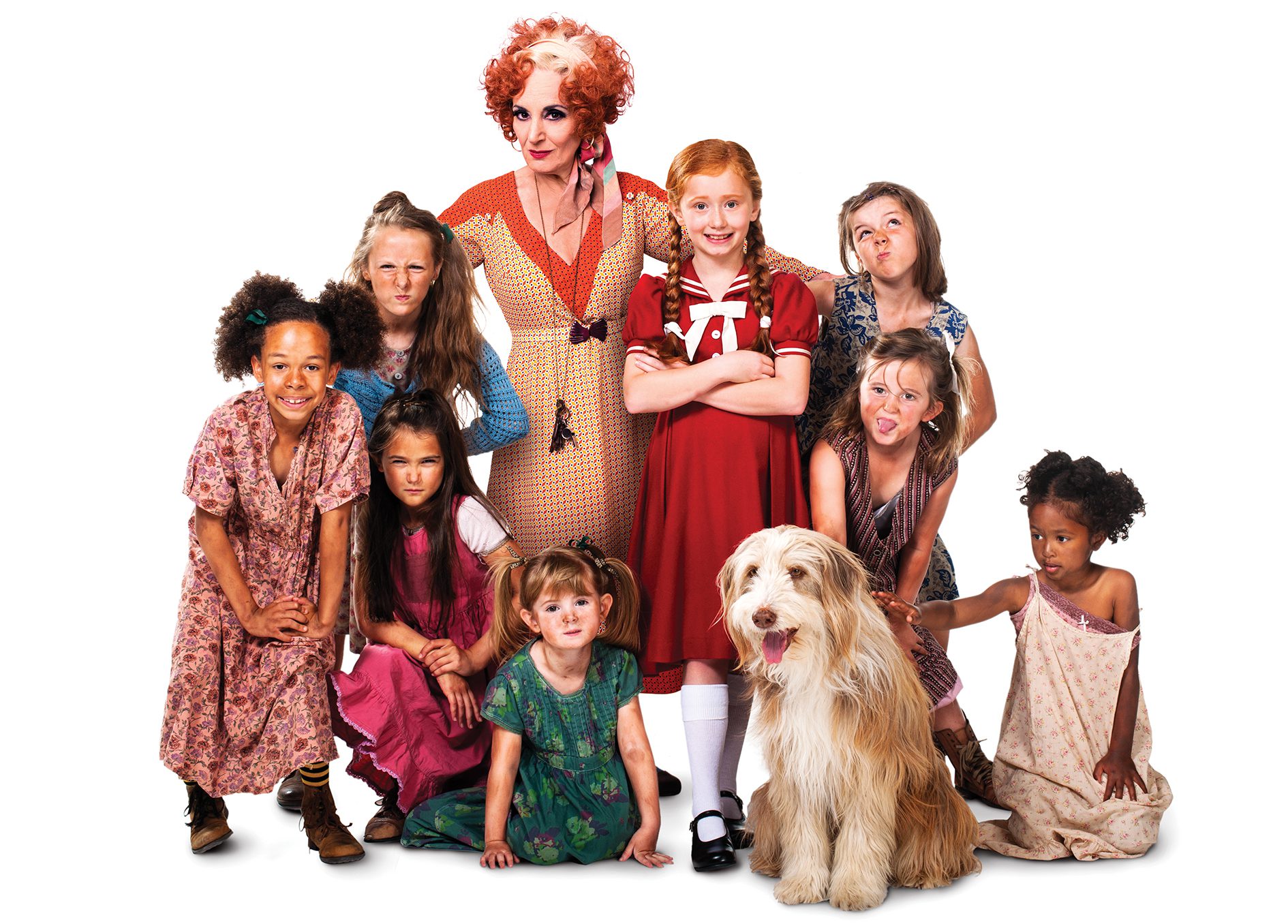 Eternally-optimistic Annie knows her biological parents love her. After all, they left her on the steps of the orphanage with a silver locket (one half of a heart hanging from a chain) and a note promising they would return to collect her (proving their parentage by presenting the other half of the heart). Even if that was back in 1922 (and it is now 1933), eleven-year-old Annie maintains her hopeful expectation that someday she really will wake up to a better tomorrow.

After a lifetime of mediocre tomorrows, the sun does finally come out for Annie when a famous billionaire named Oliver Warbucks decides to invite an orphan to stay with him in his luxurious, fully-staffed mansion for two weeks over Christmas. Charmed by Annie’s presence, and acquainted with the most powerful people in the United States, he sets out to help her slot together the pieces of her family history in a bid to find her lost parents.

Annie might be a glass half full kind of girl but the tough pre-teen tearaway in director Nikolai Foster’s revived production is devoid of any cloying, saccharine sweetness. At times, the character is acutely appealing – adorable, even. Nonetheless, this young protagonist is first and foremost resilient, independent, gritty and real. Bravo, then, to the youngsters taking on the role during the tour. 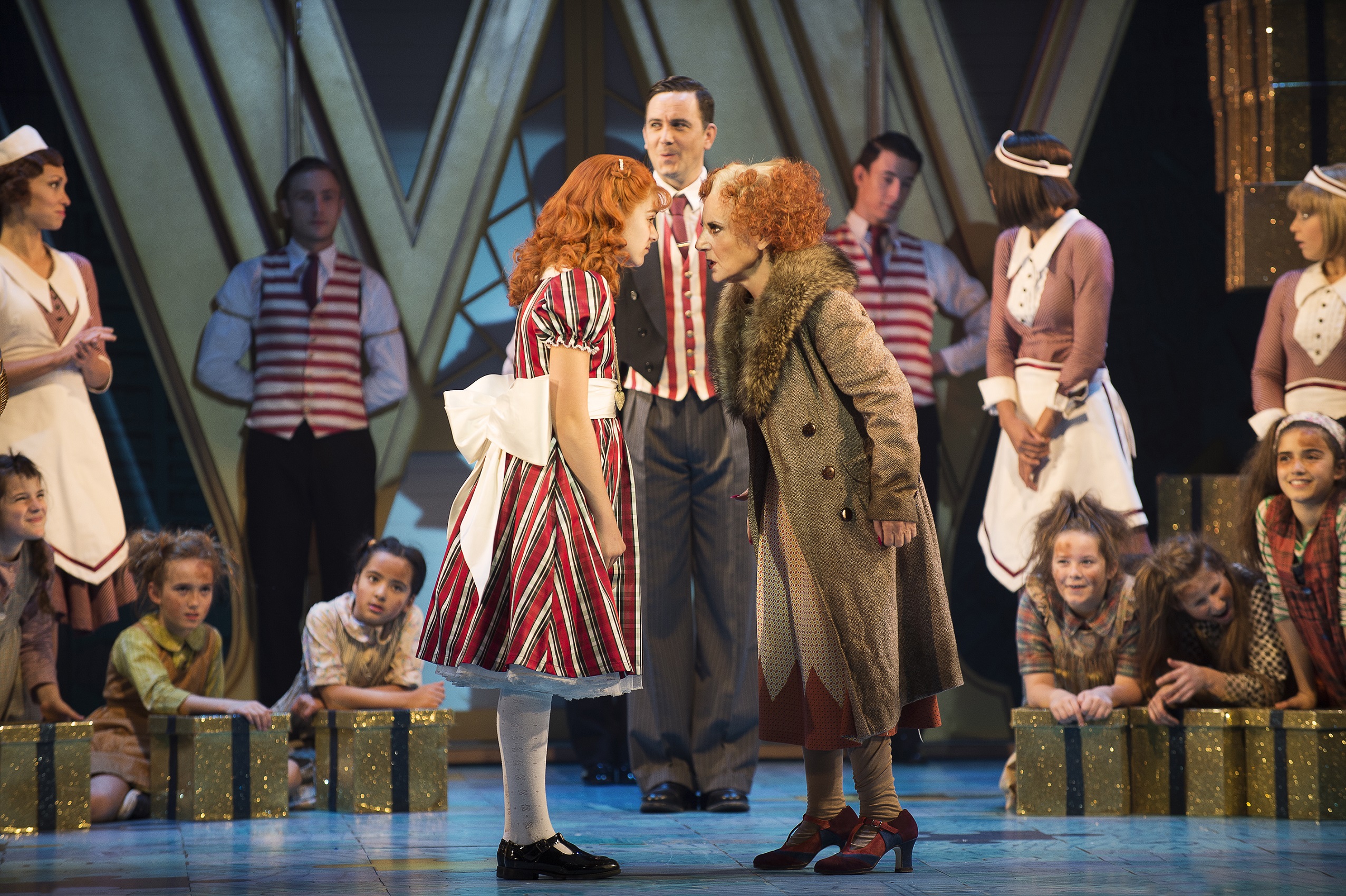 Opening night at Milton Keynes Theatre saw “Team Liberty” take to the stage, with Anya Evans playing Annie. Accompanied by cute canine companion Sandy (also known as Amber the labradoodle) she had the audience wrapped around her little finger as the curly-haired heroine, belting out song after song with warmth, power and purpose.

Annie has the most singing to do of any character in the show so a good Annie needs a strong voice that can deliver everything from soft ballads like ‘Maybe’, to protest march melody ‘Hard Knock Life’ and, of course, her unforgettable anthem ‘Tomorrow’. There are three girls, each with their own set of orphans, who alternately perform as Annie in the shows at each venue on the tour. Judging by Anya’s star turn on Monday evening, children’s casting director Debbie O’Brien’s hard work finding some suitably sassy songstresses has paid off!

The boisterous band of energetic and engaging orphans are a force to be reckoned with. These unloved scamps prove to be little girls with very big voices and their full-on Noo Yawk accents may take a bit of getting used to but are well-enunciated from the off. Together, they are completely unstoppable when bursting into song and storming through exciting, relentlessly rambunctious, foot-stomping numbers. As the youngest members of the cast, they cope tremendously with clever (and quite challenging) choreography and their delight at being on the stage is palpable. 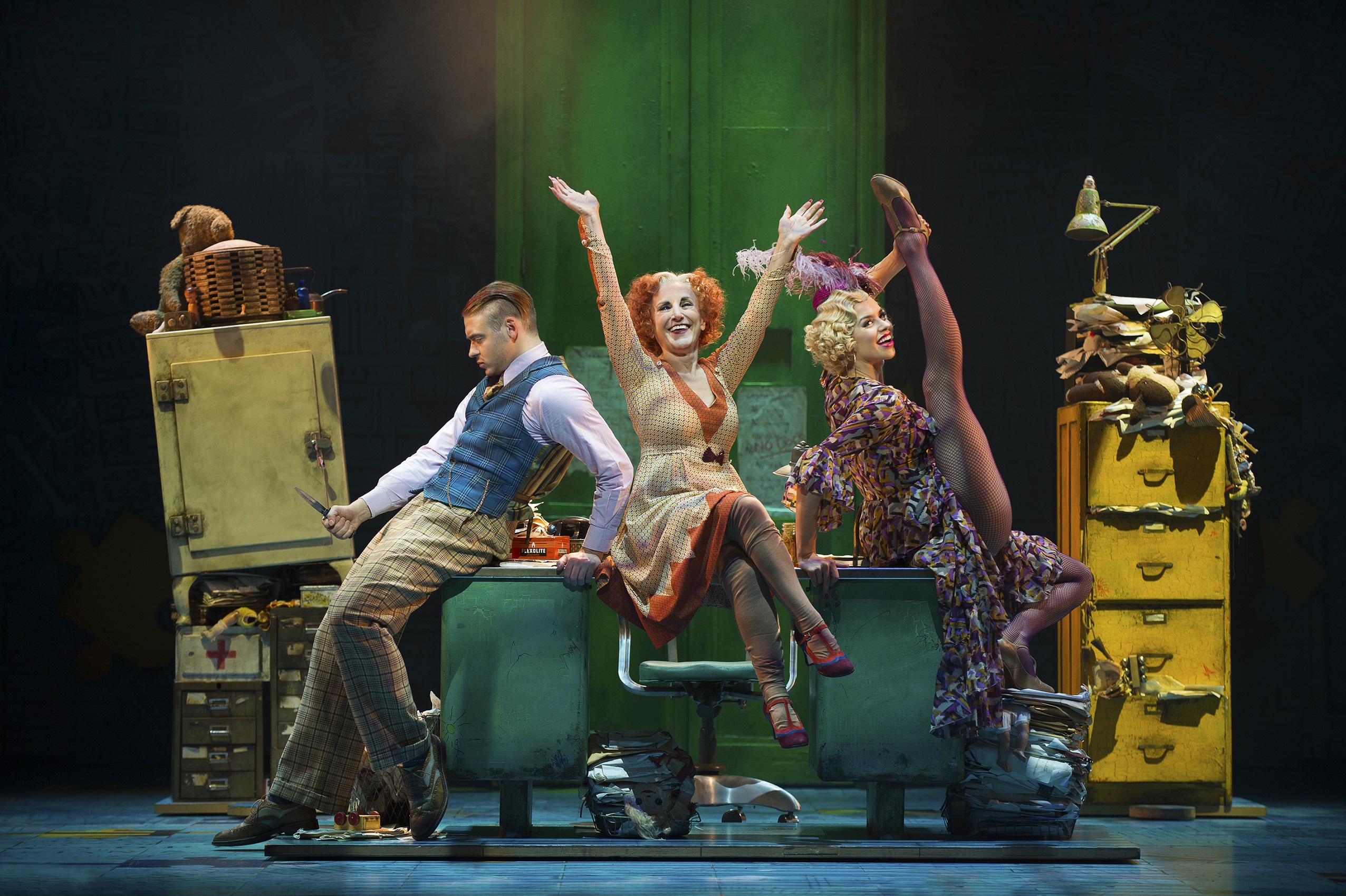 Lesley Joseph (best known for playing Dorien Green, the neighbour from hell, in the sitcom Birds of a Feather) is marvellous as malicious orphanage matron Miss Hannigan. Hissing venom with every line and shakily strutting and shimmying for all she is worth, her portrayal of the boozy, slightly loony, and very disillusioned antagonist is utterly convincing and very droll. Her Miss Hannigan is practically allergic to the little girls, recoiling when they get too close. She clearly only tolerates them because she has to – they are good for nothing except an income.

Baddies Rooster (Miss Hannigan’s greedy scoundrel of a brother) and Lily (his latest gold-digging squeeze) are played by Jonny Fines and Djalenga Scott with just the right combination of weirdness, wickedness and wittiness. These two dazzle alongside Lesley Joseph in the sensational Easy Street. 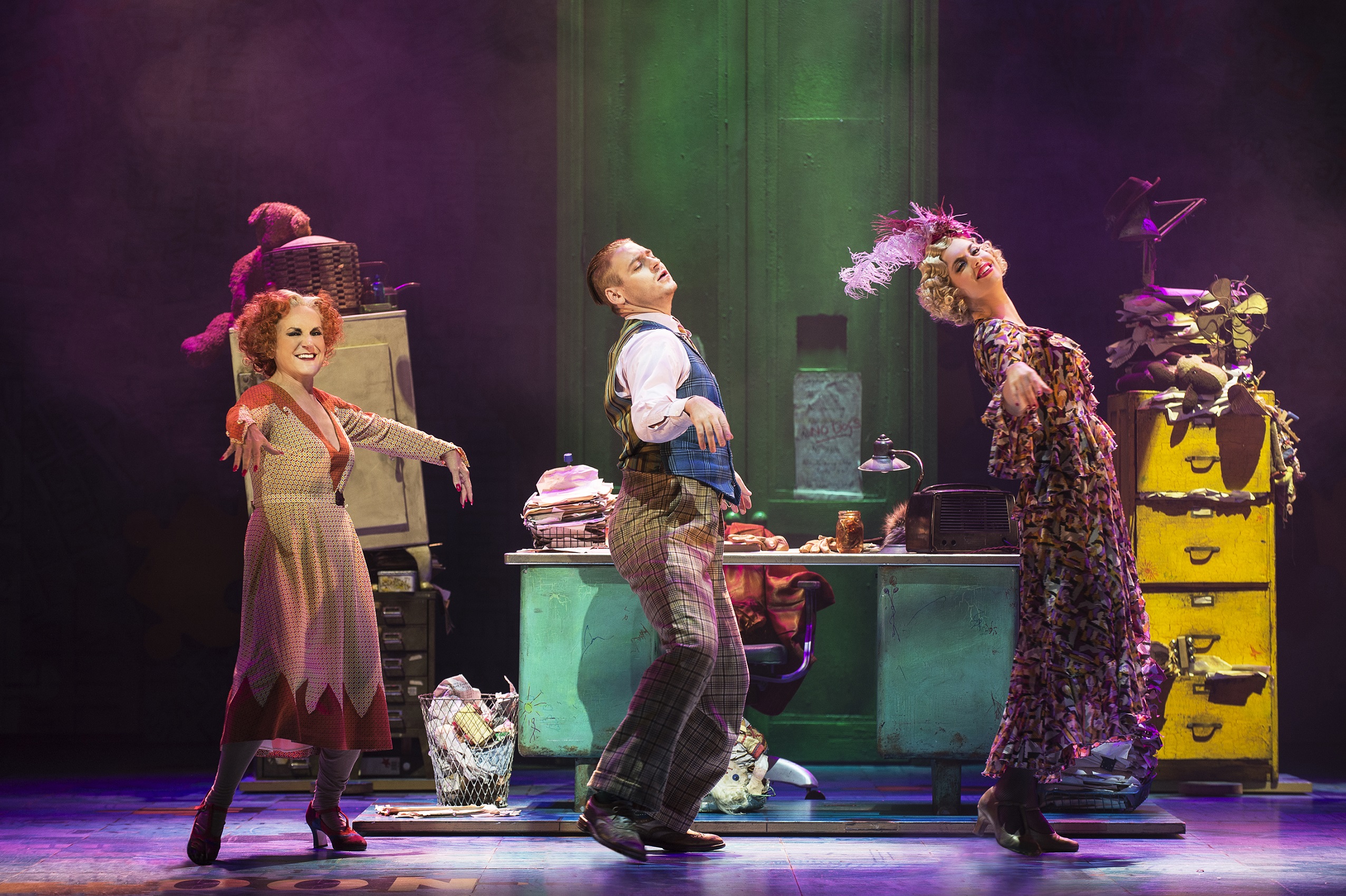 Every facet of this production slots together nicely. From Colin Richmond’s abstract jigsaw theme on the sets (representing Annie’s determination to piece together her life story), to the slick, upbeat and lively choreography (ably performed by every member of the ensemble). The attention to detail means Annie is a feel-good show with all the trimmings.

Compelling characters, outstanding singing and dancing, and a light touch grounded in realism make Annie a must-see musical. And, undoubtedly, the message that Annie hollers – the understanding that optimism is something to be valued, should be worked for and can result in a better tomorrow – is something we all ought to remember.

Personally, I have decided to take the moral lesson to heart and I just can’t stop humming the tunes!