The kids starring in Fame at Milton Keynes Theatre this weekend will remember the magic of standing together on that stage for the rest of their lives.

Every cast member radiated sheer joy to be a part of the opening performance on Friday evening. Their enthusiasm was infectious. They lit up the auditorium with dazzling dance tricks; reached the high notes during all those unforgettable songs; and acted their hearts out to bring the trials and tribulations of the talented teens at New York City’s High School of Performing Arts to the stage.

After growing up dancing and performing – and finding my feet as a ballet teacher – I am all too familiar with the amount of effort that goes into putting any performance together. So I have nothing but admiration for the Creative Learning department at Milton Keynes Theatre. Fame is their fifth Stage Experience production and, once again, they have demonstrated how much oodles of hard work and an eager group of youngsters can achieve. All with just twelve days of rehearsals! 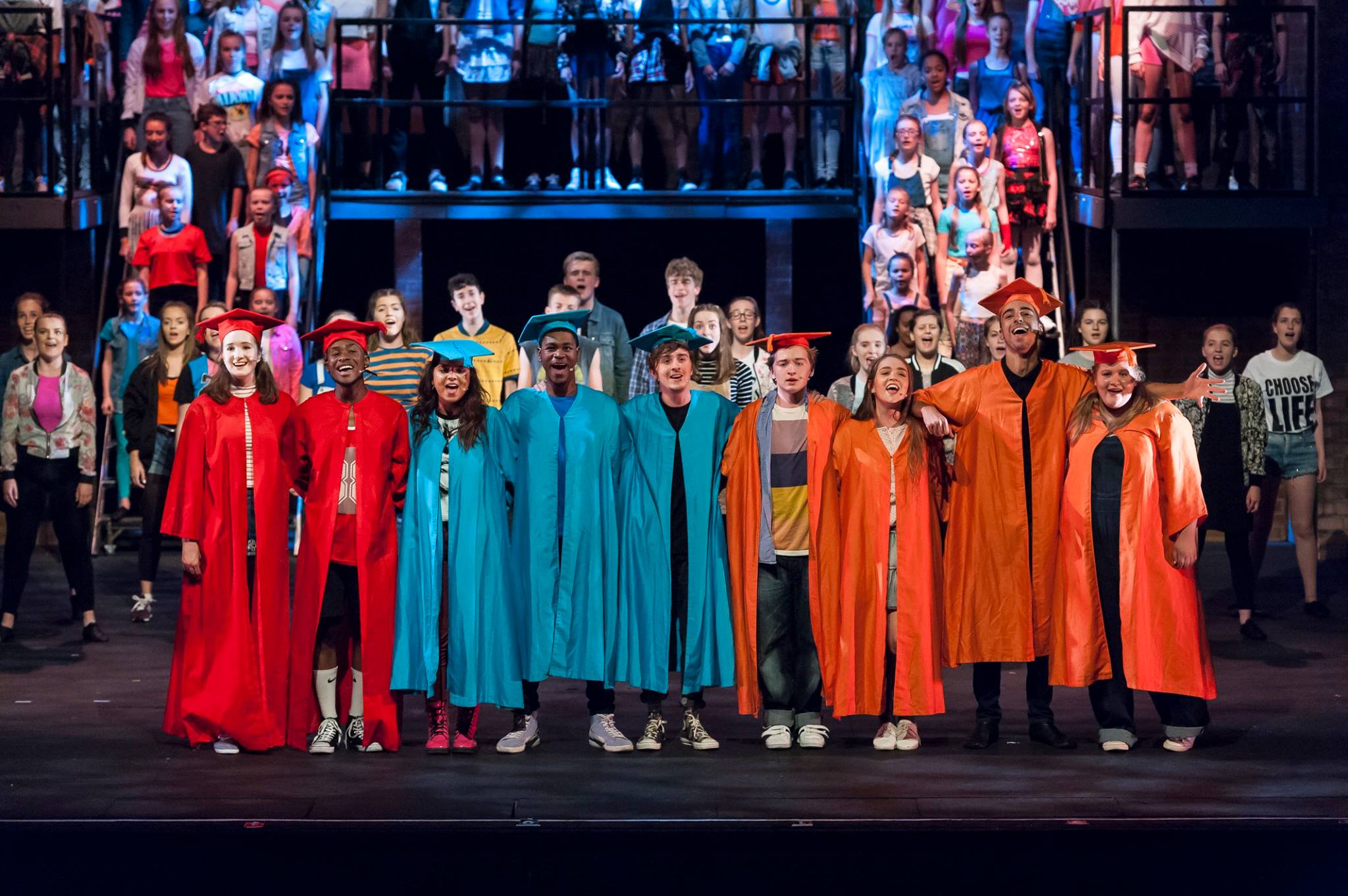 Director Robert Marsden, musical director Matthew Reeve, choreographer Laura-Ann Smith and project managers Rachael Hutchinson and Matthew Bowden are just as deserving of the impressive standing ovation the audience gave at the end of last night’s performance as the singing and dancing participants onstage. Careful casting, clever choreography and painstaking planning has ensured that every youngster appearing in this spectacular youth production has their moment in the spotlight.

Over 100 youngsters aged 10 to 21 were selected through open auditions in the spring to don their legwarmers for the show. With its high-energy numbers, vibrant 80s fashion and stage school setting, Fame is the ultimate ensemble production. The Stage Experience version sees performers of all ages granted the chance to stand out as individuals, flaunt their best moves and raise the roof with exuberant vocals.

There was the odd moment when I felt the sound of the live orchestra slightly overpowered the voices of the cast. And some of the ballet dancing segments may have benefited from more concentration on pointed toes and stretched legs (although we ballet teachers are notoriously picky!). But the overall quality of singing, dancing and acting on offer is impressive, as is everything about the way the show is staged. 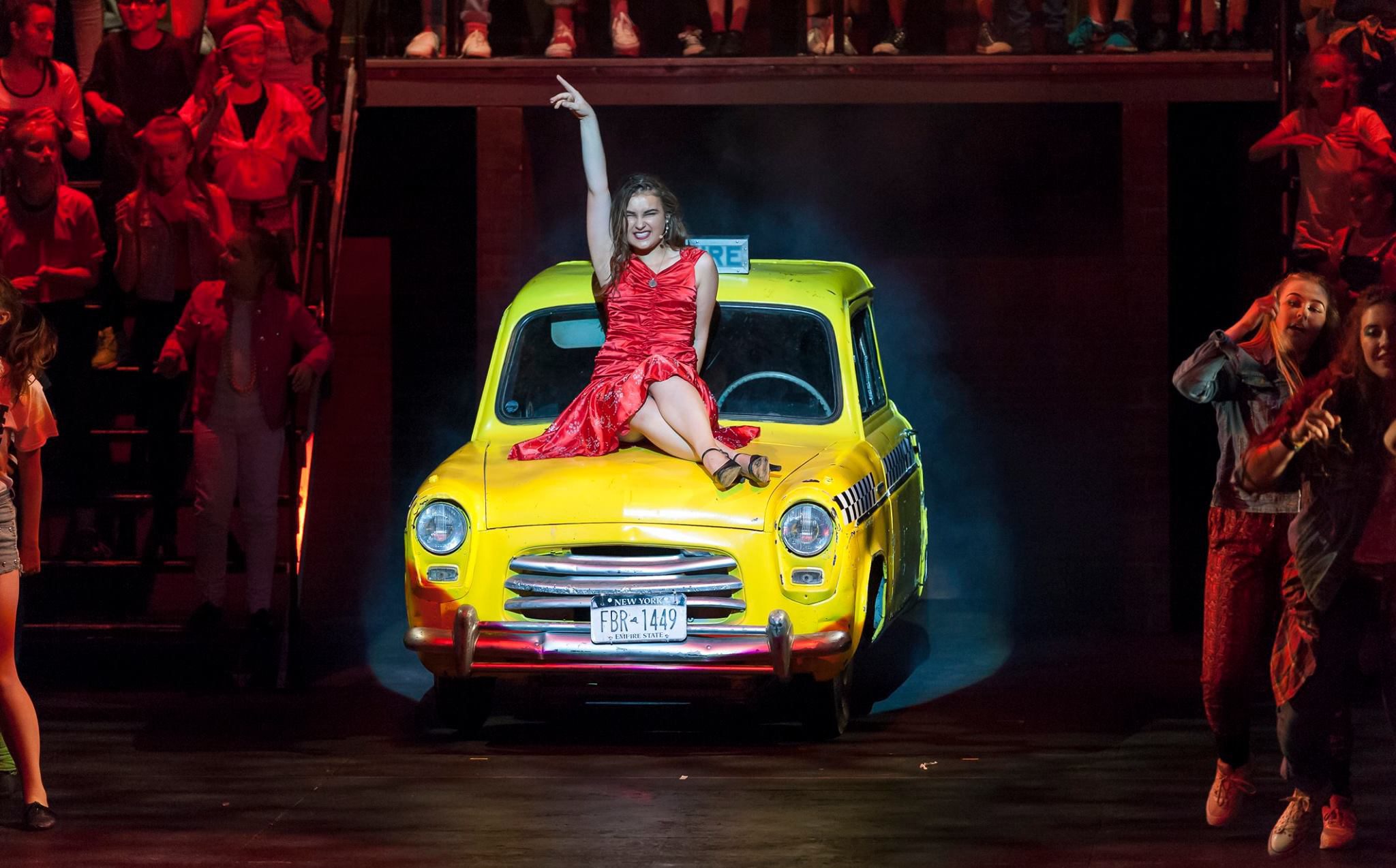 All of the older performers cast in the principal roles manage to pull off their characters with panache. The adolescents who make up the central group of aspiring artistes are accepted into the prestigious High School of Performing Arts in 1980 (expected to graduate in 1984). They attend classes across the music, drama and dance faculties and the story follows their exploits over the four years. This means that there are a real mix of dramatic, comedic and poignant moments for the lead cast members to portray, as well as solos to sing and dance routines to execute.

Eve Bennett delivers the required star turn as Carmen Diaz, utterly convincing everyone around her that she was born to be famous – whatever the cost. Her scenes with lively clown of the show Nathaniel Thomas as joker Joe ‘Jose’ Vegas are amusing and just amorous enough. Passages with Michael Wilson as saintly virtuoso violinist Schlomo Metzenbaum are touchingly tender.

Millie Burlace is a true songbird as Serena Katz, with a crystal clear, pitch-perfect singing voice. She also demonstrates sound acting skills, depicting the character’s development (from a lovesick wallflower into an assertive, ambitious young actress able to channel her emotions) with apparent ease. Millie is partnered with Alfie Allen as overly-serious classical actor Nick Piazza and, together, they are a wonderfully entertaining duo. 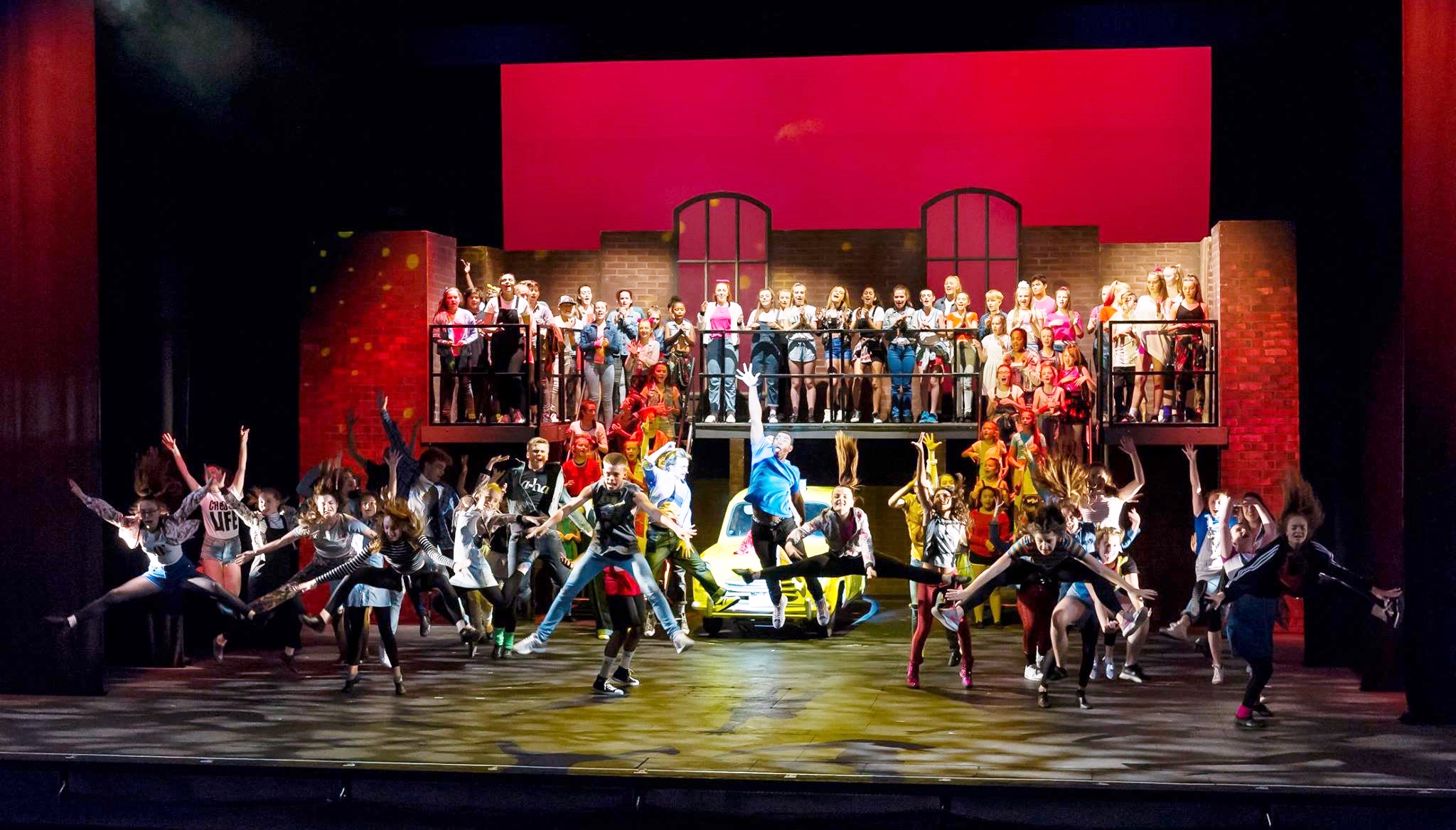 Among the dance majors, Amy Hales is a hoot as Mabel Washington, an overweight dancer who simply can’t resist food. (“I’m on the see-food diet!” she proudly proclaims, projecting out into the auditorium like a seasoned professional. “I see food, and I eat it!”.) Charlotte D’Evallancey has beautiful upper body poise and graceful arms in the role of talented ballerina Iris Kelly and Temmy Bamishe is outstanding in every dance number – no matter what style – as aspiring choreographer Tyrone Jackson.

Natasha Holland is gutsy as tough-talking tomboy Grace “Lambchops” Lamb. Ciaran O’Donovan as the rock and roll hating Mr Sheinkopf showed just enough intimidation when assessing her efforts in music class. Muso Kim Allen is a dynamo on the drums and delivers Goodman “Goody” King’s sarcastic lines with just the right level of composure. Someone else who keeps their cool is Caitlin Russell as Miss Esther Sherman. She rules the school with her authoritative presence but still manages to let loose in an emotion-charged, spine-tingling singing standoff with Tyler Rose Brand as dance teacher Ms Greta Bell.

Remember their names. Some of these performers might be treading the boards at Milton Keynes Theatre with professional touring productions in years to come. 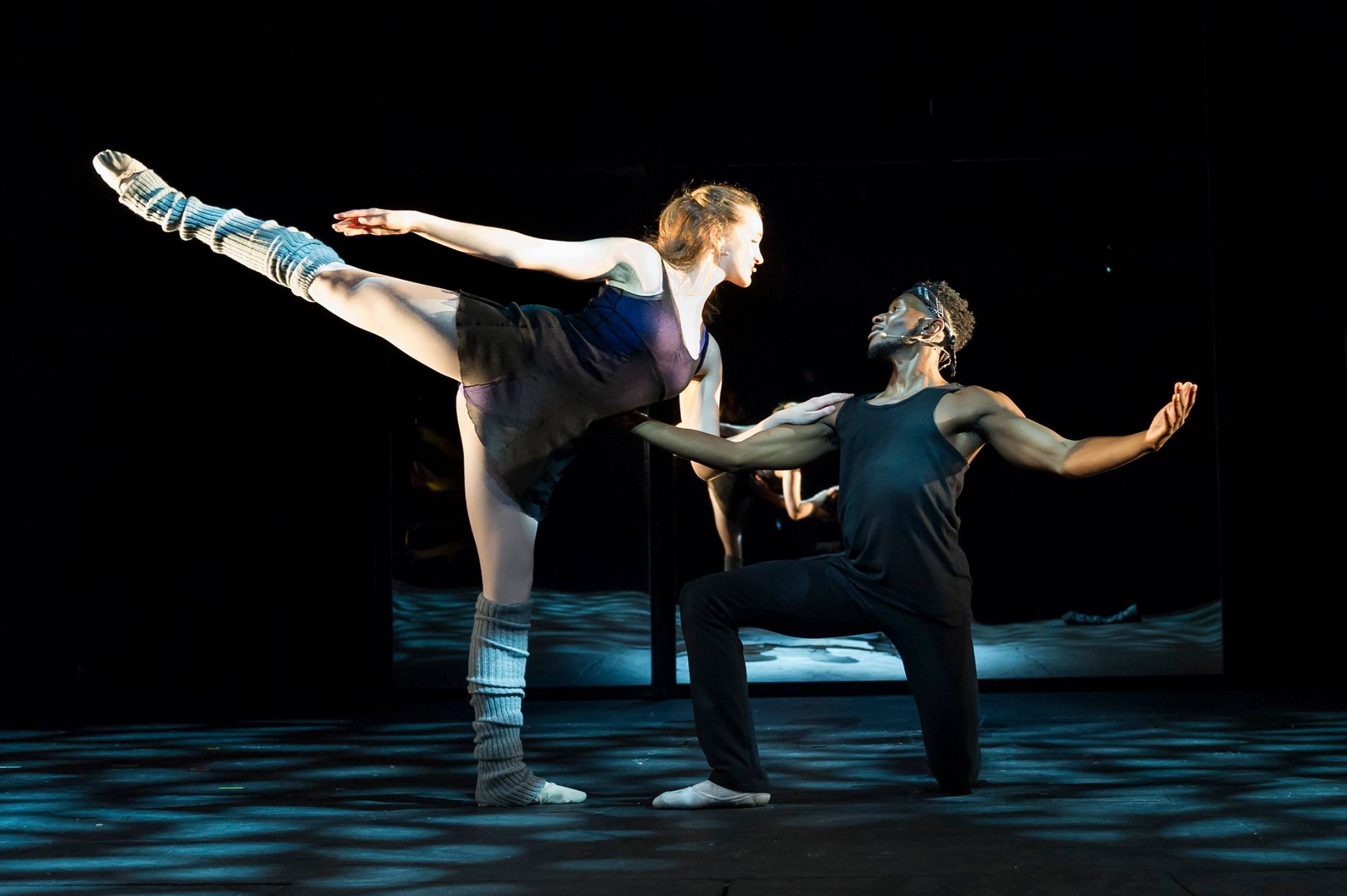 Running a close second behind the high-octane excitement of ‘Fame’, ‘Bring on Tomorrow’ is my favourite tune from the Fame soundtrack. Last night, it was sung with heartfelt conviction by the whole cast. And is there any wonder? Their “tomorrow” (which is now today) brings with it two more opportunities to seize the moment, stand centre stage and shine!

This review is also published on Total MK.

I wrote a preview of Stage Experience 2016: Fame for the Milton Keynes Citizen.