Currently on the road with brand new dance production Keep Dancing, Robin took a break from rehearsals to talk about the show and his zeal for dancing with Georgina Butler.

Cast in the immensely popular dance company Burn the Floor when he was 21, Robin enjoyed two world tours during his nine years with the troupe. Stints on Dancing with the Stars Australia and So You Think You Can Dance in Holland followed, as well as the opportunity to co-choreograph for the Australian version of So You Think You Can Dance. He was then asked back to Burn the Floor in the role of ‘Swing’, which means that he learned and performed all of the male roles.

Sadly, Robin had to withdraw from Strictly in 2014 due to a persistent and serious back injury. Incredibly, he was back on our screens dancing in a group number just two months after surgery. Since then, Robin has competed in two Strictly Christmas Specials and The People’s Strictly for Comic Relief. During the summer of 2015 he starred in the national tour of Puttin’ On The Ritz with Strictly professional Kristina Rihanoff. For the Autumn stretch of the tour he danced with Anya Gurnis, who has also competed as a pro on Strictly and is starring alongside Robin in Keep Dancing from this month. 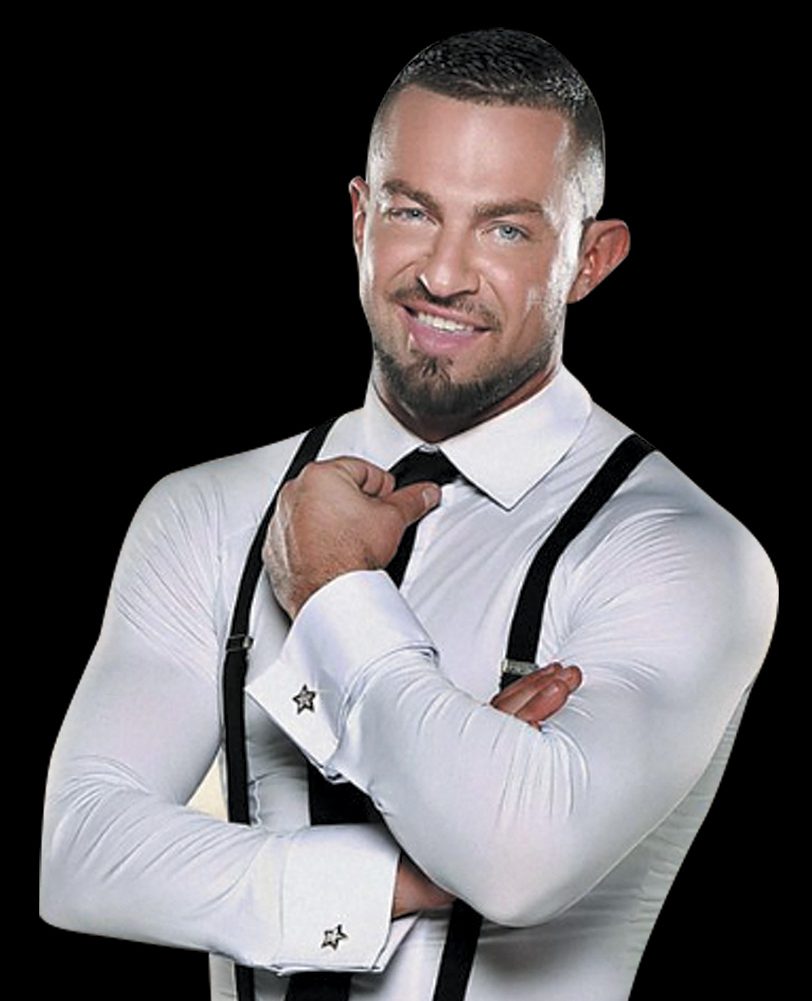 You have had a very successful career in dance so far. What advice would you give to young dancers?

Persistence and practise are the most important things to remember.

Persist with your training and commit to everything that you are doing. And practise one hundred percent every single time you dance. There is no point in marking it half-heartedly. Give every go your absolute best so that when you are out on the floor you immediately put your all into your performance.

Do you have any words of wisdom specifically for boys who dance?

When I was on Strictly I used to get lots of messages from boys who had been bullied or casually picked on about the fact that they dance. Just that attitude people can have that it is a little bit naff for guys to dance. I always say to boys who dance that they should turn around and point out that they get to dance with all these amazing girls and show off their moves and strength in front of crowds of people.

Now we have male celebrity dancers, like Harry Judd, Louis Smith and Jay McGuiness, boys really have people to look up to who have discovered dancing and are happy to shout that they enjoy it. I hope that means fewer boys will end up giving up at an early age!

My advice to all dancers, but especially boys, is to stick with it. If dancing is what you want to do – what you love to do – and you put the hard work in, don’t let anyone stop you doing your thing!

There has certainly been no stopping you. You’ve bounced back from injuries, dazzled us on the telly and thrilled audiences in the West End and on Broadway. Dance is definitely your thing!

Will you be watching Strictly Come Dancing this year? And do you think you will ever return to the show?

I had five amazing years on Strictly and it is such a wonderful experience as a dancer, as a teacher and choreographer. It has also opened so many doors for me as a performer. I would love to return at some point. Never say never after all!

I think this year’s line-up is the best they’ve had in years. I’ve loved keeping an eye on social media over the summer to see who would be next to join the new starters!

I will definitely be trying to catch as much of the action as possible, although we will be performing on the Keep Dancing tour on Saturday evenings. So I think I will be running from the stage to my dressing room on Saturdays to catch a glimpse of the television screen between numbers! 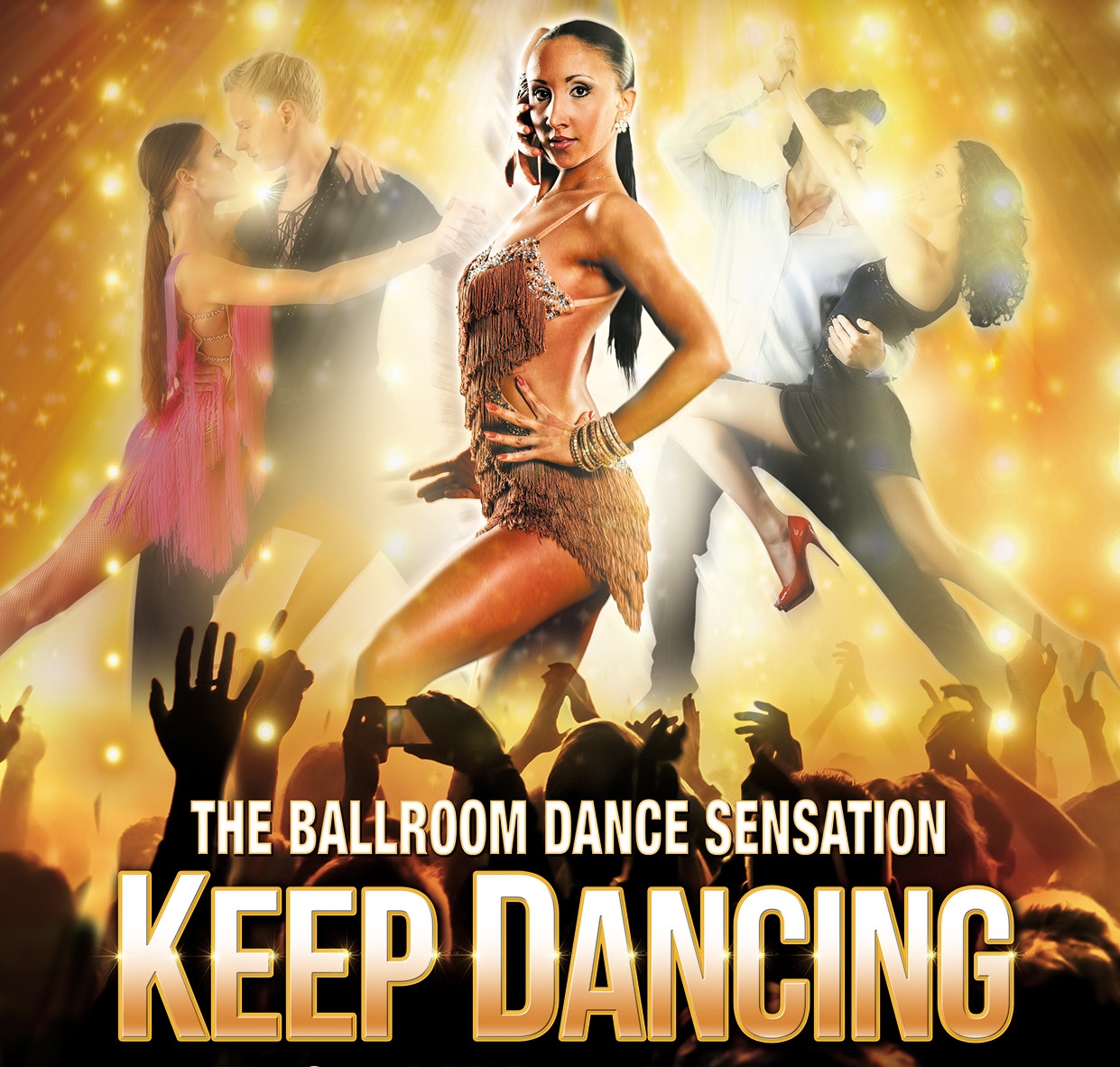 We can’t wait to see you performing in Keep Dancing here in Milton Keynes and there are Strictly fans nationwide eagerly awaiting your arrival! Just how excited are you to be returning to theatre and having the chance to entertain live audiences again?

I am SO excited about getting out on the road and bringing Keep Dancing to Milton Keynes! Bringing a show packed full of live dancing and fun to fans outside of London is definitely a great feeling.

The show is a real dance extravaganza. There is no storyline to keep track of, just thiry fun, exciting dance numbers to enjoy. There are sections with different styles of dance in so we’ve got a Conga section, a Paso section, a Tango section, Disco, Jive, everything. We represent each dance style all the way through.

In any show, the dancers work the hardest but they don’t always get the recognition for this. Keep Dancing is full-on, constant dancing. As a performer, if you want to get fit then this is definitely the dance show to do!

Are you loving being back in the studio for rehearsals?

Yes! For the Bromley and Woking venues I am dancing with Lisa Riley and it has been so good to catch up with her. Since we danced together on Strictly in 2013, she has lost so much weight and looks fab. Even better, she is so much more agile, we can get more control when dancing, she can spin, she is doing the splits! It’s incredible to be back dancing with her.

In Milton Keynes I will be dancing with another Strictly pro, Anya Garnis. We were dance partners in the 2015 UK tour of Puttin’ on the Ritz and we can’t wait to be back performing together again.

For Keep Dancing we’ve got numbers where we dance together in partners, group dances, solo spots, sections when we dance with the ensemble dancers. There is plenty of dancing to enjoy!

Are you enjoying learning all the choreography? It must be quite an intense rehearsal period having to fit in so many dance styles for so many numbers?

The routines are being put together by our amazing choreographers Emma Rogers and Innis Robertson. Learning the choreography is great but I am excited to be playing a big part behind the scenes myself as I am choreographing too. As Emma comes from a Jazz dance background, and I’m Ballroom and Latin, it is really interesting to get this fusion of styles working together.

Are you a choreographer who likes to be inspired by your dancers and just try lots of things out together or do you prefer to have a set idea of what you would like before you get into the studio?

I normally like to listen to the music the evening before, get some idea of what I would like, see what moves come. Then I start to build up a picture of the dance, get into the studio early and work it all out.

That way, once the dancers arrive, I can just teach it. I know some choreographers like to try things out with their dancers and see what works but, certainly for this production, time is short and I find that if I don’t have a firm idea of what I am teaching it just takes too long.

Once we know the steps it can all be about perfecting the routines!

What about music? You were spoilt dancing to a live band on Strictly, is the music for Keep Dancing played live?

Dancing to live music on Strictly is absolutely amazing. Obviously, Dave Arch and the Strictly Come Dancing band and singers are just incredible and they add so much to the atmosphere and the excitement of performing on the show.

You can feel every single beat of the music when you are dancing to live music, it really makes a performance special.

For Keep Dancing, the dancing is spectacular, of course, but so is the live music that we dance to. We’ve got musicians, a percussionist, and three fantastic singers. A lot of people come to dance shows for the music as much as for the dancing. You’ll be paying for a seat but you won’t be sat down as you’ll be on your feet dancing yourself!

I am well and truly convinced, but here is your opportunity to persuade anyone who may still have doubts about whether Keep Dancing is for them. Please tell us: what is in store for audiences, who will enjoy the show and why should we all be booking tickets?

Keep Dancing is a celebration of dance, a two-hour dance marathon just packed full of amazing routines! If you like watching dance on the television then this is the show to see as it is faster and even more entertaining experienced live in person.

This is a production for everyone whether you are six or sixty. And any husbands needn’t moan at being dragged along as they are usually the ones raving about it the most afterwards!

It’s an upbeat, fun show with amazing dancing, a fabulous cast and celebrities. Everyone should come and celebrate dancing with us!

Keep Dancing waltzes onto the stage at Milton Keynes Theatre from Tuesday 6 September and will be cha-cha-charming audiences until Saturday 10 September 2016.

A version of this interview features on Total MK.