Audiences can expect to be dazzled by Keep Dancing at Milton Keynes Theatre this week.

Last night’s opening show was packed with enthusiastic dance fans revelling in the excitement of this uplifting production, which offers a sparkling combination of breathtaking dance routines, lively musical interludes and stunning vocals.

Featuring a “fab-u-lous” cast of world champion Ballroom and Latin dancers, Keep Dancing is a thoroughly entertaining dance marathon. There is no story to keep track of as it is simply an effervescent celebration of dance itself. This means that the slickly-performed choreography just keeps coming. The dancers boogie their way through over 30 diverse numbers, switching from one style to another with ease. They are joined by the charismatic pairing of Robin Windsor and Anya Garnis (both from Strictly Come Dancing) and crowd-pleasing celebrity guest stars Jay McGuiness and Aliona Vilani (the reigning Strictly champions). 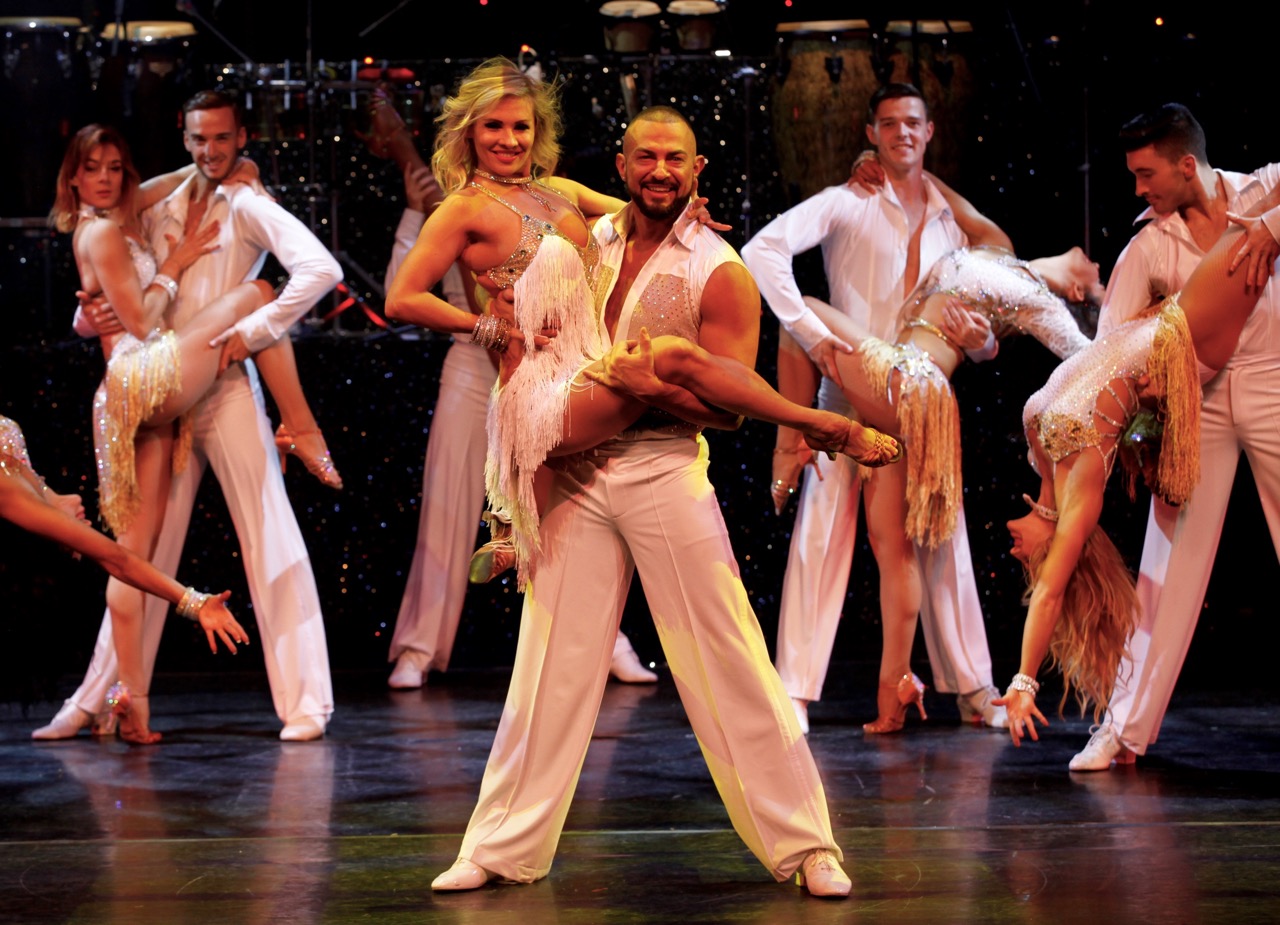 Robin Windsor is a firm fan favourite from the glittering BBC television programme and his performance in Keep Dancing with Anya Garnis easily reminds us why. Together, they are sensuous, sultry and perfectly in sync. Anya’s legs make enviable lines in extensions and Robin partners her with intent and just the right level of authority. When dancing with the male ensemble in a dramatic contemporary take on a Paso Doble, Robin commands attention.

Dancing in a production alongside Robin and the other trained professional male dancers must be a daunting prospect for Jay McGuiness. Despite winning Strictly last year, Jay is an amateur. Indeed, Jay makes us all think that we could get up and have a go. It can happen to the very best dancers but unfortunately, in his performance last night, he had a slight slip-up during his sensational Samba. Demonstrating the same gentlemanly good grace that we saw from him on Strictly, Jay held his hands up at the end of the routine in an apologetic manner, acknowledging Aliona Vilani as both his teacher and amazing dance partner.

Despite experiencing the odd shaky moment in each of his four routines as guest star, Jay redeemed himself with a fantastic Jive – the same dance genre he wowed viewers with on the telly. Last night was Jay’s debut performance in Keep Dancing (it opened last week in Bromley with Lisa Riley as the guest star) so nerves were to be expected. Importantly, Jay is not a professional dancer. That is the whole point. So, his endearing and largely well-executed performance had the audience cheering, smiling and clapping. Too right, he gave it his all. I just hope that he can enjoy his next performance a bit more, as he did seem to struggle to remember to wear a smile (this was one of his regular corrections from the judges on Strictly). 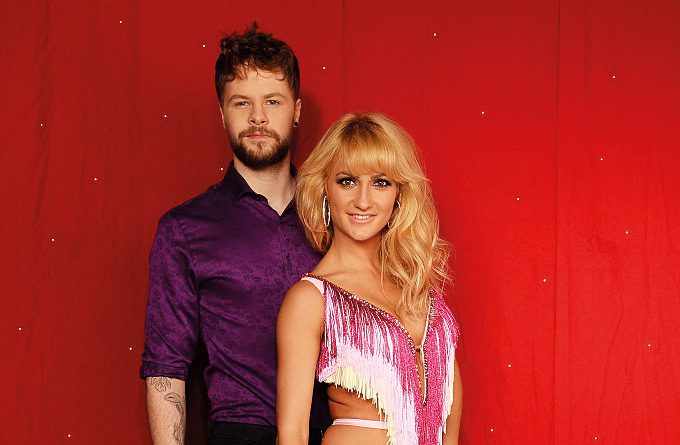 Showcasing all of the styles we love from Strictly and more, Keep Dancing is choreographed by Emma Rogers and Innis Robertson, with specialist choreography by Robin Windsor and additional choreography by Richard Marcel, Anya Garnis and Kyle Seeley. Their combined expertise results in too many wonderful dances to list here but some of the standout moments for me included a compelling contemporary duet, sunny jazz segments and the light-hearted Lindy Hop section. I also loved the frothy quickstep, the cheeky Charleston and a lightning-fast hand-dancing routine performed by the dancers while they were perched on the edge of the stage. The ensemble cast do indeed keep dancing all the way through, with only brief musical interludes for quick costumes changes.

The song choices will have you dancing in your seat, no question! From the Bee Gees’ You Should Be Dancing and Peaches and Herb’s Shake Your Groove Thing, to There’s No Business Like Show Business, Candyman, She Bangs and I Put a Spell on You, the soundtrack is bursting with toe-tapping tunes that you cannot help but move to. The band takes up a prime position centre-stage and the (brilliant) singers are completely immersed in the onstage action, dancing their way in and out of the wings and interacting with the ensemble dancers.

Sometimes, the changes from one dance section to another and the shift from dance numbers into purely musical interludes feel a bit abrupt. Still, the show is not pretending to be musical theatre. These are not characters telling a story but performers doing their thing. The dancers are there to whip up a frenzy on the dancefloor, the singers are there to belt out the tunes and the overall intention is to entertain theatregoers in style. This show is all about soaking up the atmosphere and enjoying the escape that dancing, and watching other people dance, can provide.

A desire to get the party started and have the audience on their feet runs throughout the entire production. Certainly, by the Disco Medley towards the end of the second act, the cast have achieved this objective. People of all ages, seated all around the auditorium, simply found it impossible not to get up and have a dance at this point in the performance I saw. The show is guaranteed to put a spring in your step and will have you keen to keep dancing the night away long after the applause for the cast subsides!