There are some sparkling performances in the production of Breakfast at Tiffany’s currently captivating audiences at Milton Keynes Theatre.

The classic tale of deliciously enigmatic New York good-time girl Holly Golightly, penned by Truman Capote in his 1958 novella and memorably portrayed by Audrey Hepburn in the iconic 1961 film, has been reinvented as a stylish stage play with music. American playwright Richard Greenberg returns to Capote’s original prose for this version, rather than basing his interpretation on the film’s script. Nonetheless, ‘Moon River’, the Oscar-winning theme from the movie, remains and provides the show’s most enchanting musical interlude.

Audrey’s name will forever be inextricably linked to Breakfast at Tiffany’s so it surely takes a brave performer to fully embrace the character of the troubled call-girl without inadequately imitating the film star. Georgia May Foote is making her theatrical debut in this touring production and in last night’s show (only the second performance so far of the nationwide tour) she proved herself to be suitably fearless. There is no doubt that Georgia is a plucky and polished leading lady. 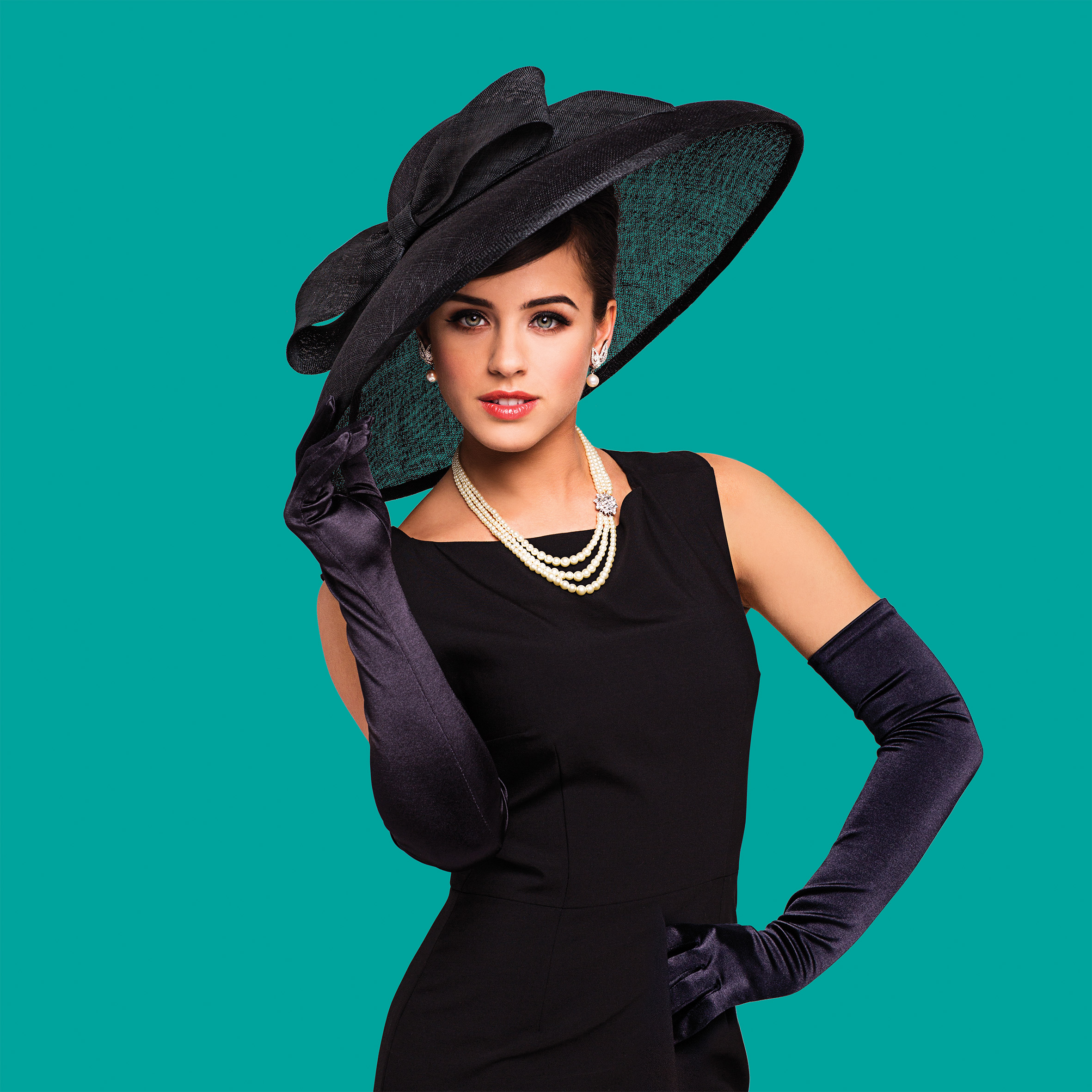 Thanks to Audrey Hepburn’s elfin elegance and charming personification of the fiercely independent yet naïve and child-like Holly Golightly, this is a challenging role for any actress to take on. The whole story of Breakfast at Tiffany’s revolves around Holly’s eccentric, fun-loving personality and the vulnerability that lies just beneath her chic exterior. It is not enough to just look the part, whoever embodies Holly needs to bring some depth to the fantastical character or else Miss Golightly is nothing more than a crass, implausible caricature.

Georgia May Foote is best known for playing Katy Armstrong in Coronation Street from 2010 until 2015 and for making it to the final of Strictly Come Dancing last year. Being Holly Golightly, a girl about town in the Big Apple during the 1940s, could not be more different than being on the cobbles or whirling around a ballroom floor but Georgia masters the requisite American accent and spirited attitude with ease. 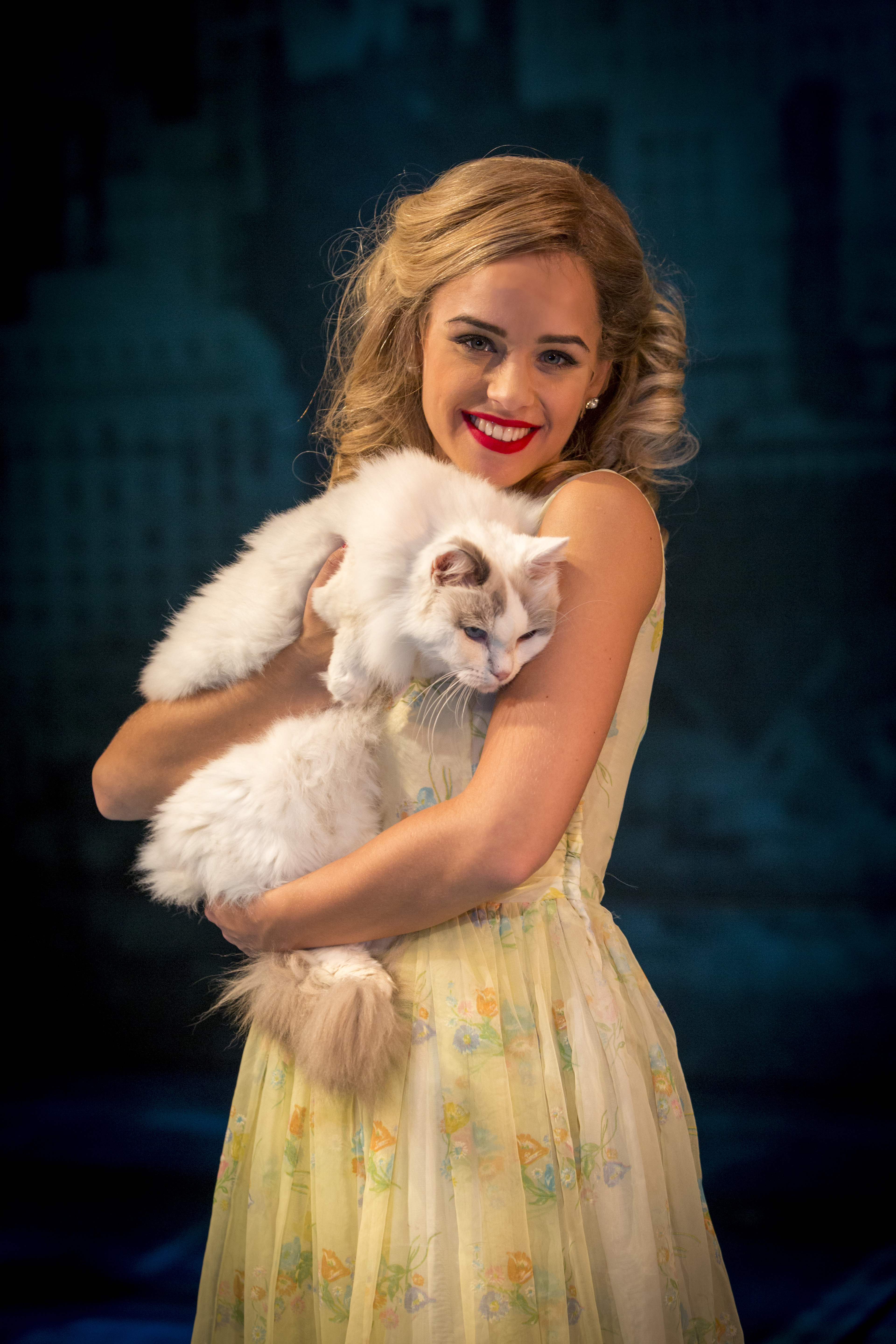 Although at times she is a little softly-spoken, Georgia effortlessly enunciates the reams and reams of dialogue that exquisite extrovert Holly endearingly bestows upon everyone she encounters. Holly is a free spirit, determined not be pinned down or to take life too seriously and Georgia captures the essence of this. Equally, when Holly’s past catches up with her and the present and future appear more uncertain than ever before, Georgia delivers the perfect blend of drama, emotion and cheekiness to make the most of the party girl’s complex nature.

There is very little dancing in Breakfast at Tiffany’s but the short bursts of relaxed choreography that are included pose no problem at all for Georgia. She remains light on her feet throughout the production, even while modelling various pair of high heels to complement Holly’s extensive wardrobe of stunning outfits. 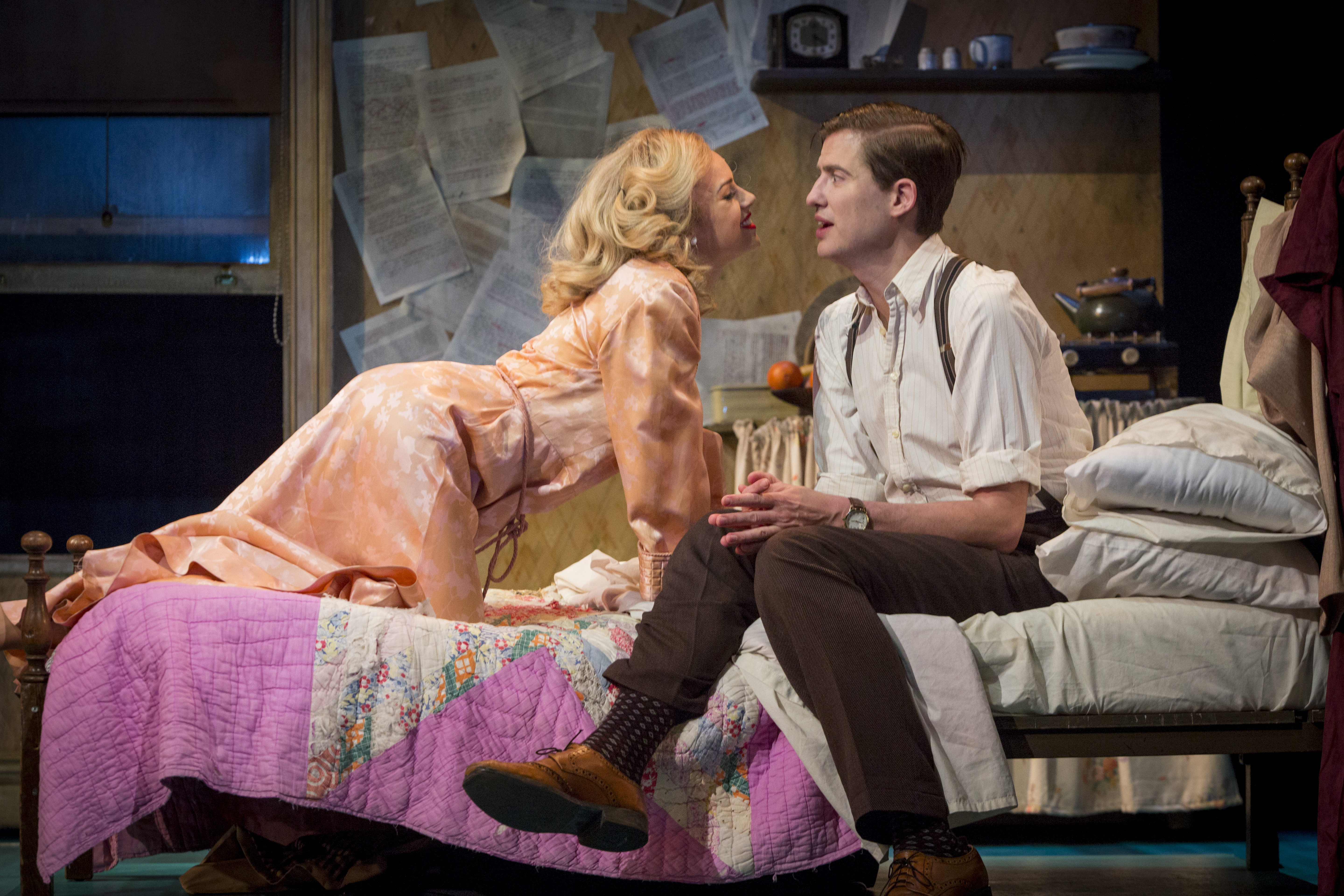 The play is centred on the characters of Holly and a young writer from Louisiana who is never named but everyone calls “Fred”. Matt Barber (probably best known for his role as Atticus Aldridge in the last two seasons of Downton Abbey) plays Fred and is onstage for just about the whole show as our protagonist. Fred is utterly entranced by Holly when she clambers through his apartment window one evening. He rapidly finds himself fascinated by this social butterfly and her complicated relationships (she really is someone that every woman wants to be and every man wants to be with) even while he himself is struggling with his own sexuality. Matt Barber has real charisma and keeps the whole production together. His chemistry with Georgia is totally believable, whether they are throwing caution to the wind and confiding in each other; reminiscing about their pasts and dreaming of their futures; or fighting like cat and dog.

Speaking of cats, the cameo appearances from Bob the cat, who plays Holly’s nameless feline friend, go down very well with the audience. Four-legged thespians always get the crowd on-side and Bob is no exception! The moggy with no moniker is symbolic of Holly’s desire to belong somewhere and her enduring belief that this may never happen. She therefore refuses to claim ownership of the cat, or name him, until she believes herself to be settled. This vulnerability, coupled with her references to the “moody blues” and the “angry reds”, makes Holly Golightly a character that we can all relate to. Indeed, her dream to breakfast at Tiffany’s – her happy place where “nothing very bad” can possibly happen to you – epitomises what everyone wants: to feel secure in themselves. 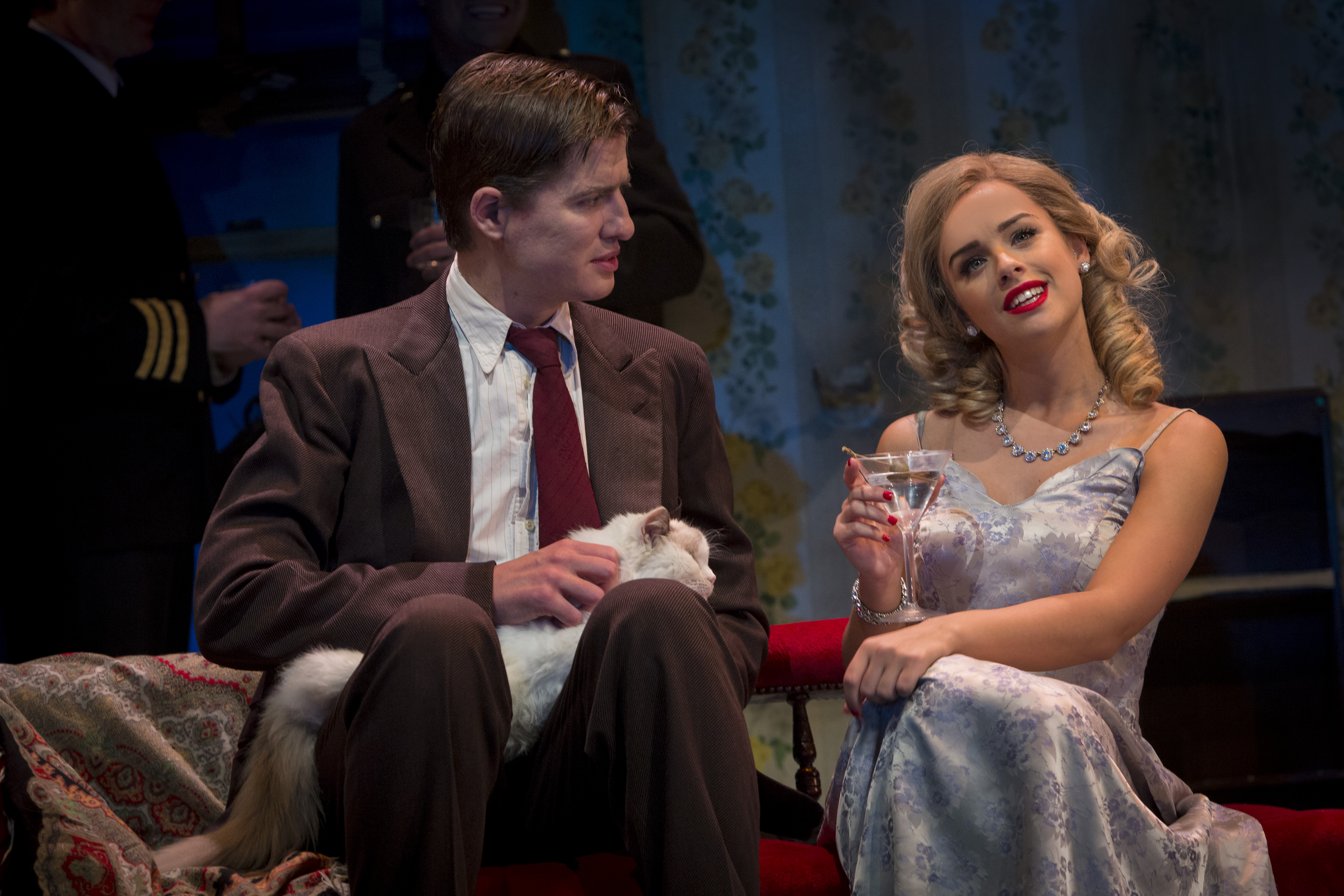 Both Georgia and Matt dazzle. The supporting cast members add plenty of interest and intrigue. The sets and musical soundtrack are just right to create the desired venues and ambience. As the focus is more on a series of vignettes; the developing relationship between Holly and “Fred”; and an exploration of their characters, there are no real “wow” moments to rave about. Instead, my considered opinion is that the production as a whole is an engaging, entertaining and enjoyable theatrical experience.