(noun) A thing with distinct and independent existence.

Wayne McGregor‘s whole body of choreographic work could arguably be conceived of as an entity. A living catalogue of thrilling movement possibilities realised thanks to the multi award-winning dance-maker’s enduring fascination with art and science.

Entity epitomises McGregor’s experimental metascience: it is a creation examining how we create. First performed in 2008 by Wayne McGregor’s Random Dance (now Company Wayne McGregor), the piece engages nine performers in a danced investigation of movement exploring the intersection of creativity and cognitive neuroscience.

Bodies, lights, technology and film collide in this riveting voyage of discovery through a sensational soundscape created by Coldplay and Massive Attack collaborator Jon Hopkins and composer Joby Talbot. Quite simply, Entity is awesome experienced live. 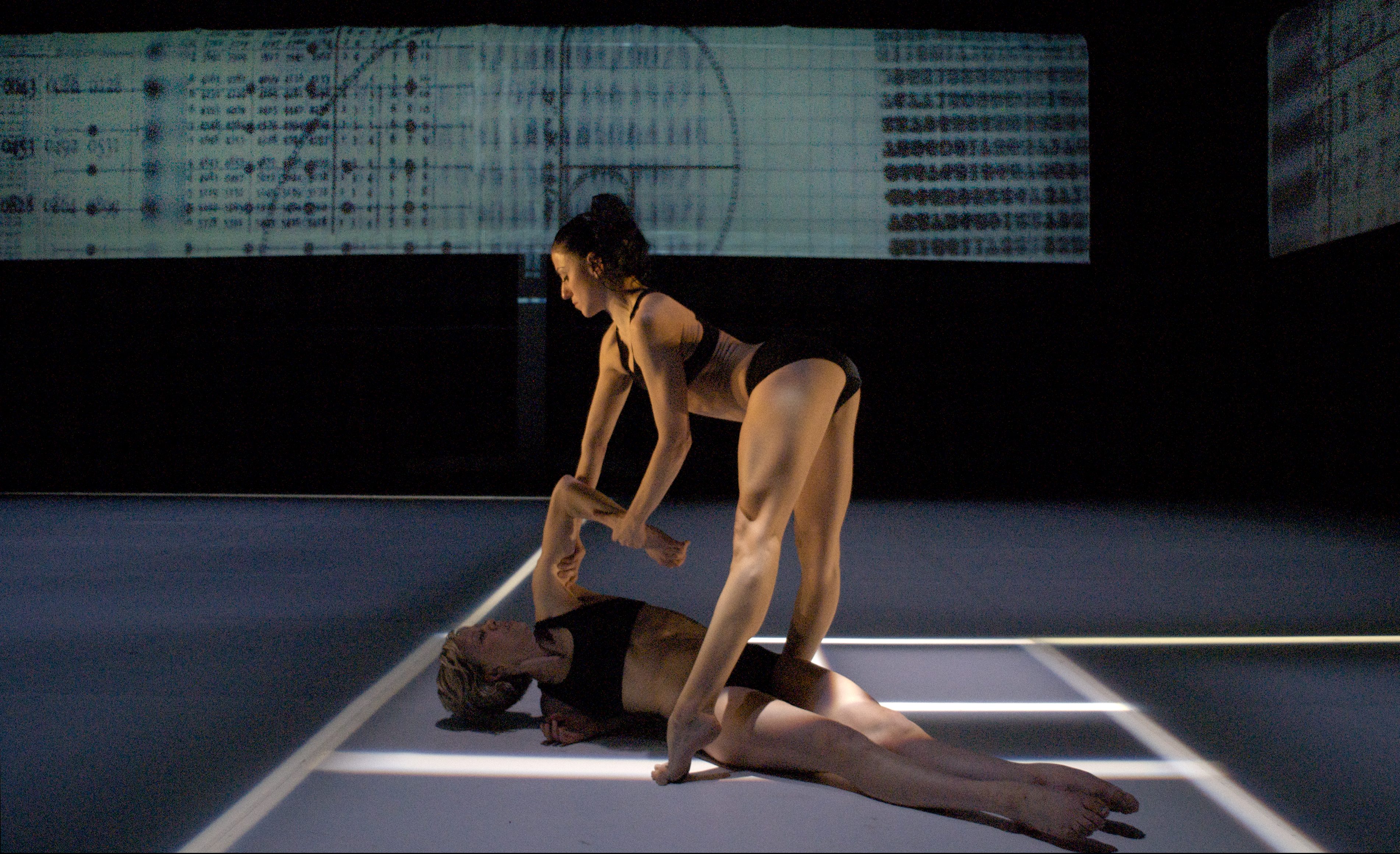 The choreography – devised by McGregor in collaboration with the dancers – oozes organic intent. Every single gesture is seamlessly integrated so that it lucidly follows on from the one before. This sophisticated movement flow means layered patterns of action are driven on in the triggering manner of nerve impulses. Changes in dynamics are absorbed into both individual bodies and the performance in its entirety so that each rippling wave of new movement ideas blends with the motion, impressions and images already established.

Repeatedly, the dancers embody their movements in a way that suggests their visceral physical action is all they are. Yet, at other times, they appear to take mindful ownership of their bodies. In those moments, the dancers seem to test out new ways of arranging their limbs and navigating their way through space for the very first time.

This inquisitive probing of physical intelligence in movement is only viable as an endeavour because the Company is completely rooted in classical technique pushed to the absolute extreme. In Entity, McGregor’s attempt to appreciate, comprehend and actualise the elusive mind-body connection in dance owes its clarity to the control that classical ballet affords a dancer. Freed from the formulaic conventions of the traditional discipline, his choreographic approach allows dancers to surpass their own limits, deconstructing and re-imagining familiar steps and shapes. Clad in brief shorts and tank tops to best display their sheer physicality, the bodies onstage in Entity take risks. They explore their untapped potential and feed off of the excitement of new possibilities alluded to by the gambles those around them take with their movement decisions. 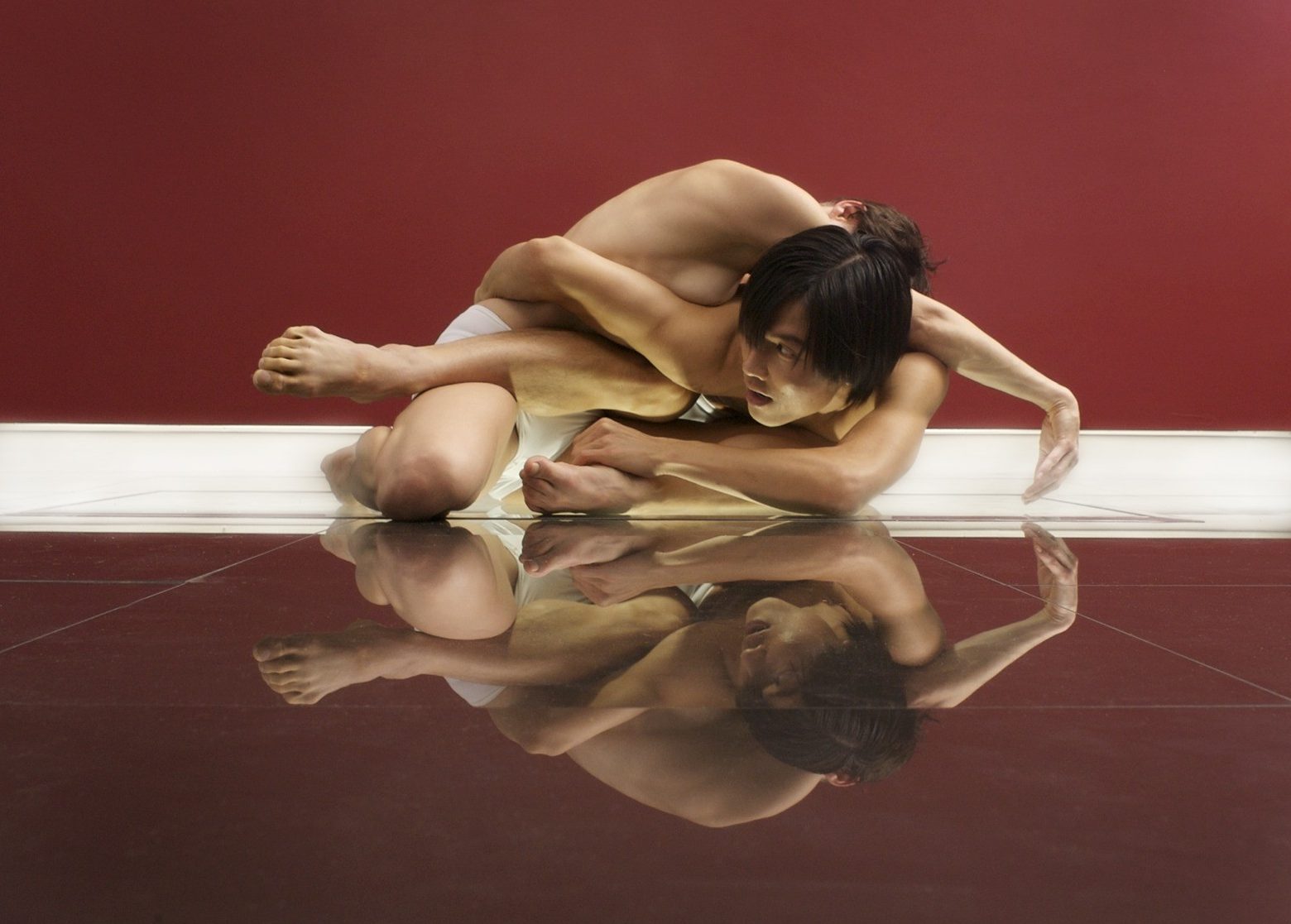 Throughout, the dancers dance alone, in duets, in groups, all together. Sometimes they are segregated by gender but, ultimately, gender appears to be irrelevant to what is danced by whom. Men pair off to dance together, lifting and supporting each other, before dancing with women. Then there may be several couples dancing – sometimes in unison all doing the same, sometimes not. The sensuality of the movement remains the same, whoever is involved, and there is always a sense of interconnectivity, relatedness, unity.

The first score (Talbot’s) is distinctive yet still merges into the second (Hopkins’). Layered edgy rhythms from the initial contemporary music segment build into a pounding electronica composition. The latter score is different but echoes of that which came before are present as a result of the intense, deeply rhythmic structure.

Similarly, the impressive film projections explore notions of connectivity – specifically those between the body (the natural, the instinctive) and mind (rationality, science). There is footage of mathematical equations; blobs that might be strands of DNA being scrutinised beneath a microscope and shots showing bodies being caressed. In my mind, these evoke suggestions of individual differences and convey a meeting of nature and science.

As a study in movement, Entity is totally open to interpretation (indeed, any dance work is, even those which allude to a particular narrative). I perceived moments of confrontation countered by phases of cooperation; lavish indulgence in no holds barred movement juxtaposed against more reserved and intimate shifts of the body; explosive action contrasted with stillness. There were times when I inferred complete candour in the dancers’ corporeal activity – they were just doing what came naturally, responding to the beat of their own hearts. These made me reflect upon notions of instinct and subconscious. There were other times when I was intrigued by (and could relate to!) the dancers’ apparent amazement at, and conscious respect for, their comrades’ movement. The feeling that the beings personified in Entity are all eternally being inspired by each other certainly remains with me.

For upcoming performances at Laban Theatre, visit the venue’s website.