Explosive rock and roll musical Footloose raises the roof with its infectious blend of eighties hits and youthful teenage rebellion.

The lyrics of the show’s signature song urge audiences to kick off their Sunday shoes and cut loose so what better way to start the week than by spending Monday evening at Milton Keynes Theatre, dancing in my seat?

Based on the classic 1984 film, the narrative stars Chicago native Ren McCormack who is forced to move to the sleepy southern town of Bomont with his mother, Ethel, after his father abandons them. Unfortunately, Bomont does not have much to offer in the way of fun since a bylaw banning dancing and rock music was pushed through by the town’s grieving reverend five years ago. 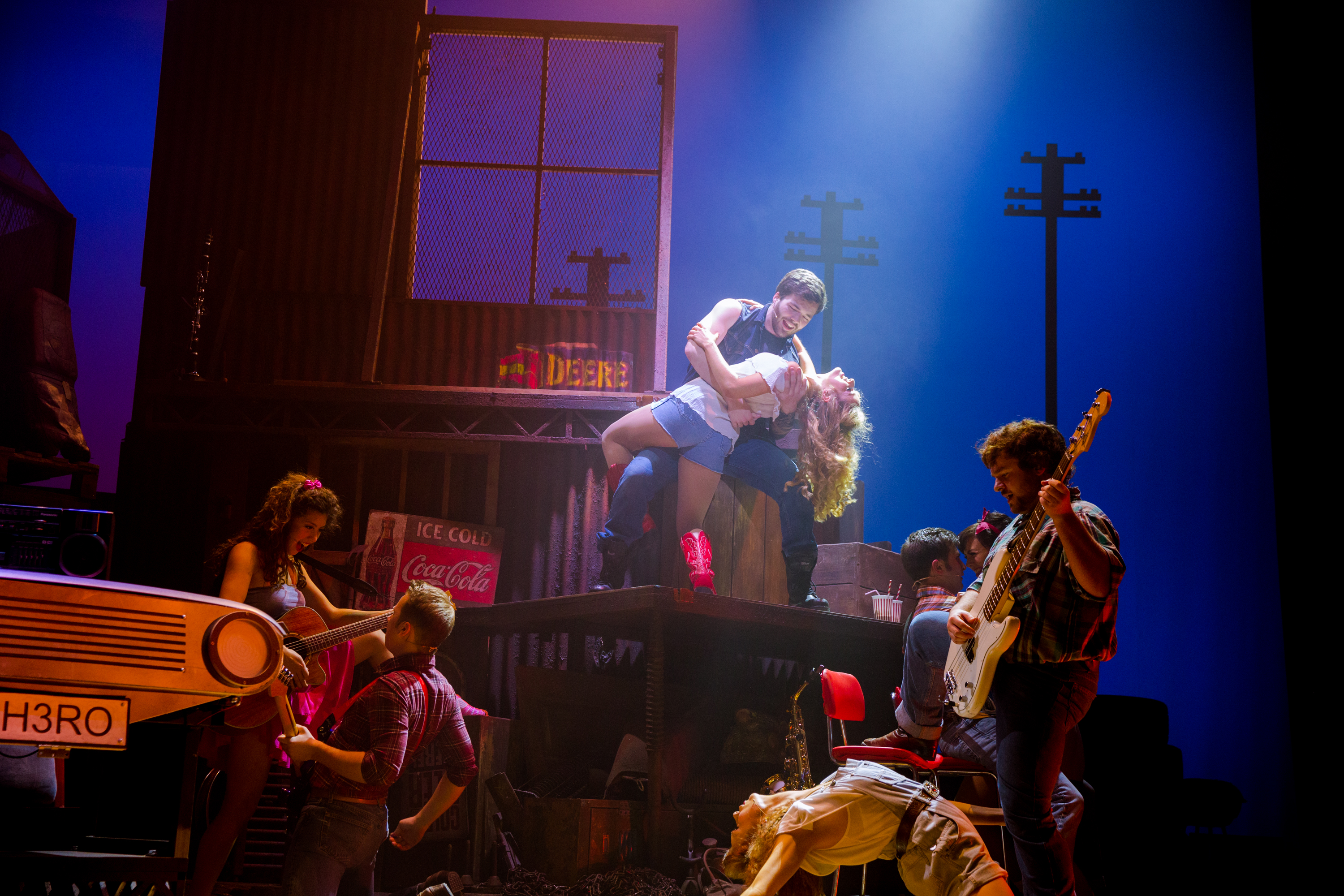 The Rev lost his son in a tragic car accident following a high school dance. The crash killed three other young people as well, devastating the townsfolk. So the logic behind dancing being illegal is ludicrous but well-meaning. Nonetheless, in his efforts to keep his daughter, Ariel, and the rest of the town safe, this petrified preacher has managed to curtail any chance of them ever enjoying themselves. Ren becomes an unlikely hero when he decides to persuade the council to overrule the ban by inspiring everyone to dance and enjoy life again.

Footloose is full of fabulous characters and great individual performances. Still, a scene-stealer in this production is definitely Gareth Gates as the slow-witted country cowboy, Willard, who becomes Ren’s best buddy. Gates plays the role for laughs without being insensitive to his character’s special needs – he manages to be both endearing and entertaining. His facial expressions alone are excellent; he has great comic timing; and his big song, ‘Mama Says’, is brilliant. Gates is a deserving crowd-pleaser all the way through the show and has an appealing rapport with all of the actor-musicians he interacts with.

Considering the fact that they populate a small town where they are absolutely not allowed to dance, all of the residents of Bomont certainly know how to cut loose and move their bodies to music! 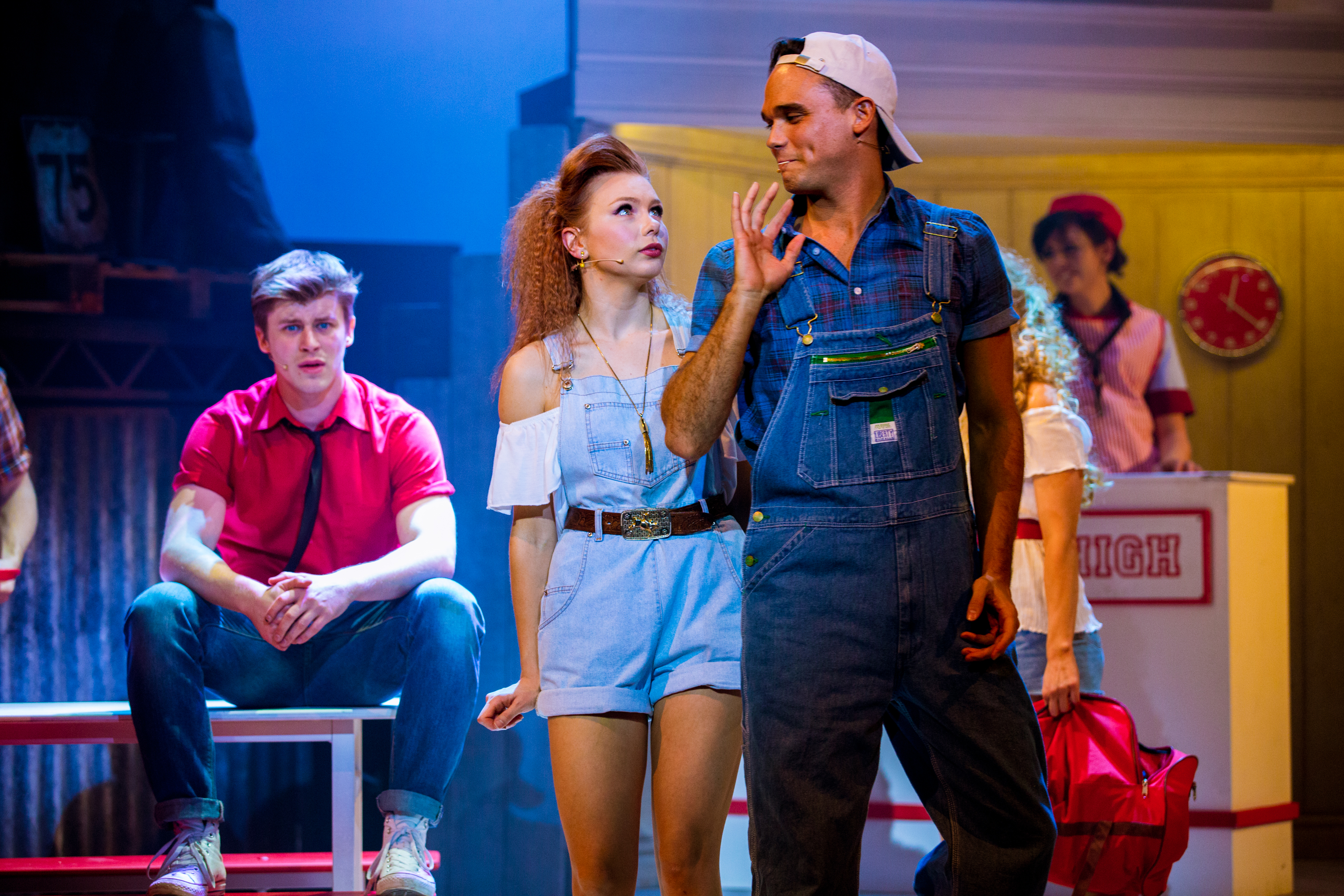 Music surrounds the characters in this take on the original film. Dancing may well be illegal but musical instruments pervade every part of life in Bomont. The cool kids zealously jam together at school, church services are accompanied by divine piano tunes, social venues draw in the crowds with energetic rhythms. This means that the musical numbers are incredibly well integrated into this show as the actors on the stage also double up as the orchestra. Consequently, the talented cast members are not only acting and singing with gusto, they are also dancing flat-out while simultaneously playing instruments live. This impressive multi-tasking is no doubt exhausting for them but extremely effective in keeping the musical grounded, real and very human.

The dancing throughout is exciting, enjoyable and executed with a strong feeling of spirited spontaneity to keep it from being slick in a false way. Back flips, cartwheels and even jump-rope skipping tricks are all thrown in to the mix as the teens cut loose in typical spur-of-the-moment fashion. Ren is the ringleader when it comes to not being able to resist breaking the rules and busting a few moves. His reckless abandon in the boisterous number ‘I Can’t Stand Still’ quickly galvanises the town’s young people. In short, Luke Baker is a total rock star as Ren, a juvenile for whom dancing is as natural as breathing! Later, the choreography for ‘Somebody’s Eyes’ is charming and clever as the girls warn Ren of the dangers of small-town life and try to curb his devotion to dancing while not quite bopping away themselves. Inspired by pedestrian actions, the routine shies away from dancing proper while keeping them constantly moving to the beat.

On the few occasions when they are not tearing up the stage with exuberant song and dance numbers or playing for laughs, the cast deliver engaging, emotive performances exploring serious issues including divorce, assault, oppression and death. Importantly, besides a little bit of over-exaggerated shrieking early on, all of the vocals are clear and the actors achieve and maintain well-balanced accents.

I always find myself entranced by musical arrangements that unite individual characters through a shared sentiment so the beautifully harmonised ‘Learning To Be Silent’ – when the three female leads Ariel (Hannah Price), the Reverend’s wife Vi (Maureen Nolan) and Ethel (Nicky Swift) all lament how no one ever truly listens to them – appealed to me. Equally, the passages of dialogue between Ren (Luke Baker) and Reverend Shaw (David J. Higgins) – a son without a father and a father without a son – possess dramatic tension and touching sincerity. 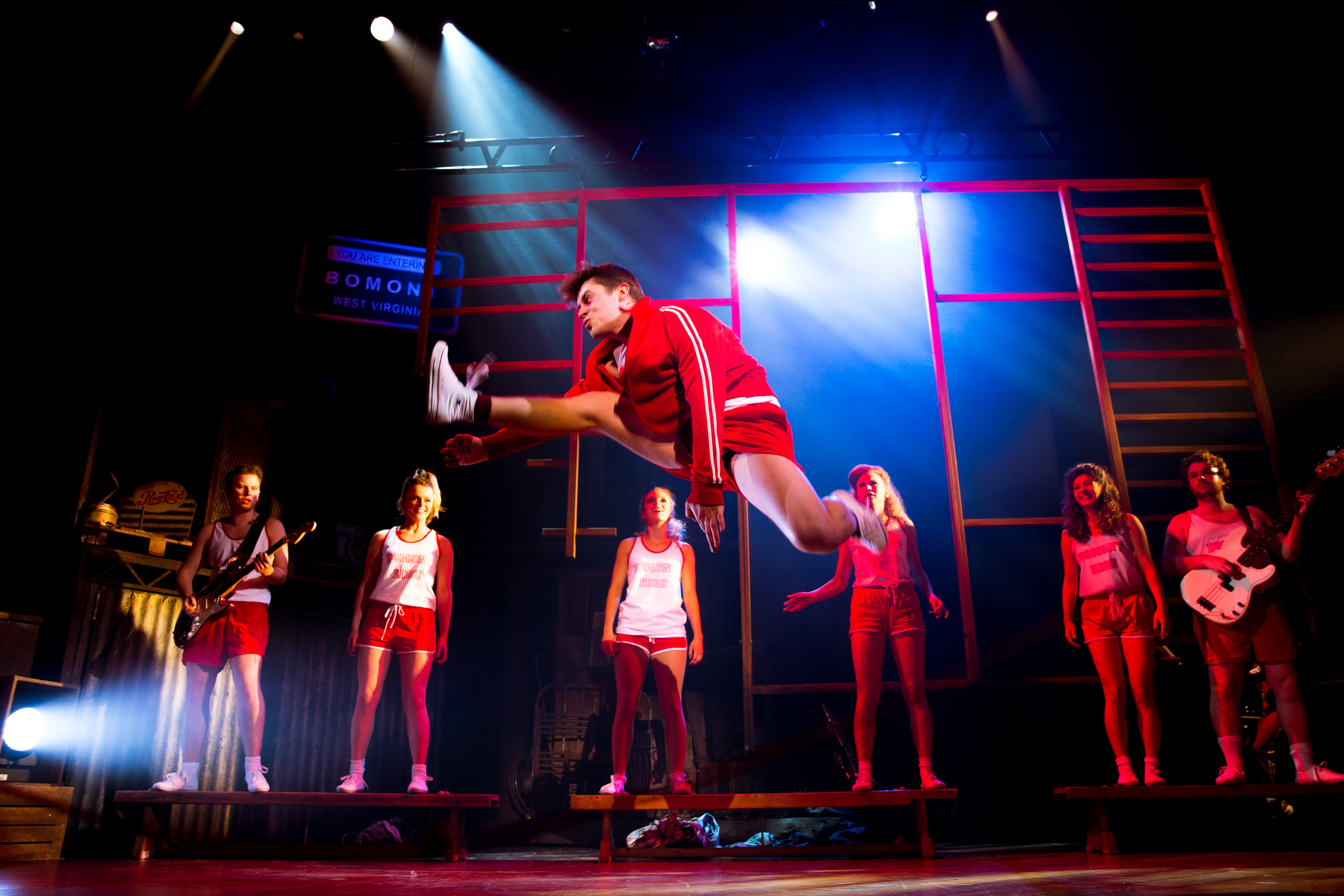 An equally entrancing aspect of the theatre is use of a remarkable set and Footloose does not disappoint on that front either. A versatile turn-around design is seamlessly incorporated into the onstage action, transporting us from one scene to another. The addition of a wind machine makes the phenomenal rendition of ‘Holding Out For A Hero’ (which gives us the girls strutting their stuff on a car bonnet and Gareth Gates as you have never seen him before) a-ma-zing.

The characters in Footloose all manage to find the song in their heart, the beat in their feet and a realisation that some sort of paradise can exist here on earth. Ren and his newfound friends show that having a passion for life as we live it is always possible if we just seize the day and enjoy a bit of singing and dancing along the way. This is a timeless, feel-good musical that will have you itching to be up on your feet boogieing by the finale.

Dancing is not a crime but missing out on the toe-tapping fun of Footloose certainly would be!