Prowling through the auditorium at Milton Keynes Theatre all this week, the moggies in Andrew Lloyd Webber’s record-breaking musical offer us an intriguing insight into the inner world of cats. Known as the Jellicle Cats, the members of this kitty clan cavort around a junkyard playground under the moonlight. They stealthily slink past their human visitors before darting over the darkened landscape of rubbish. Wary and suspicious, but clearly curious too, the Jellicles proudly gather together to open our eyes to their customs. 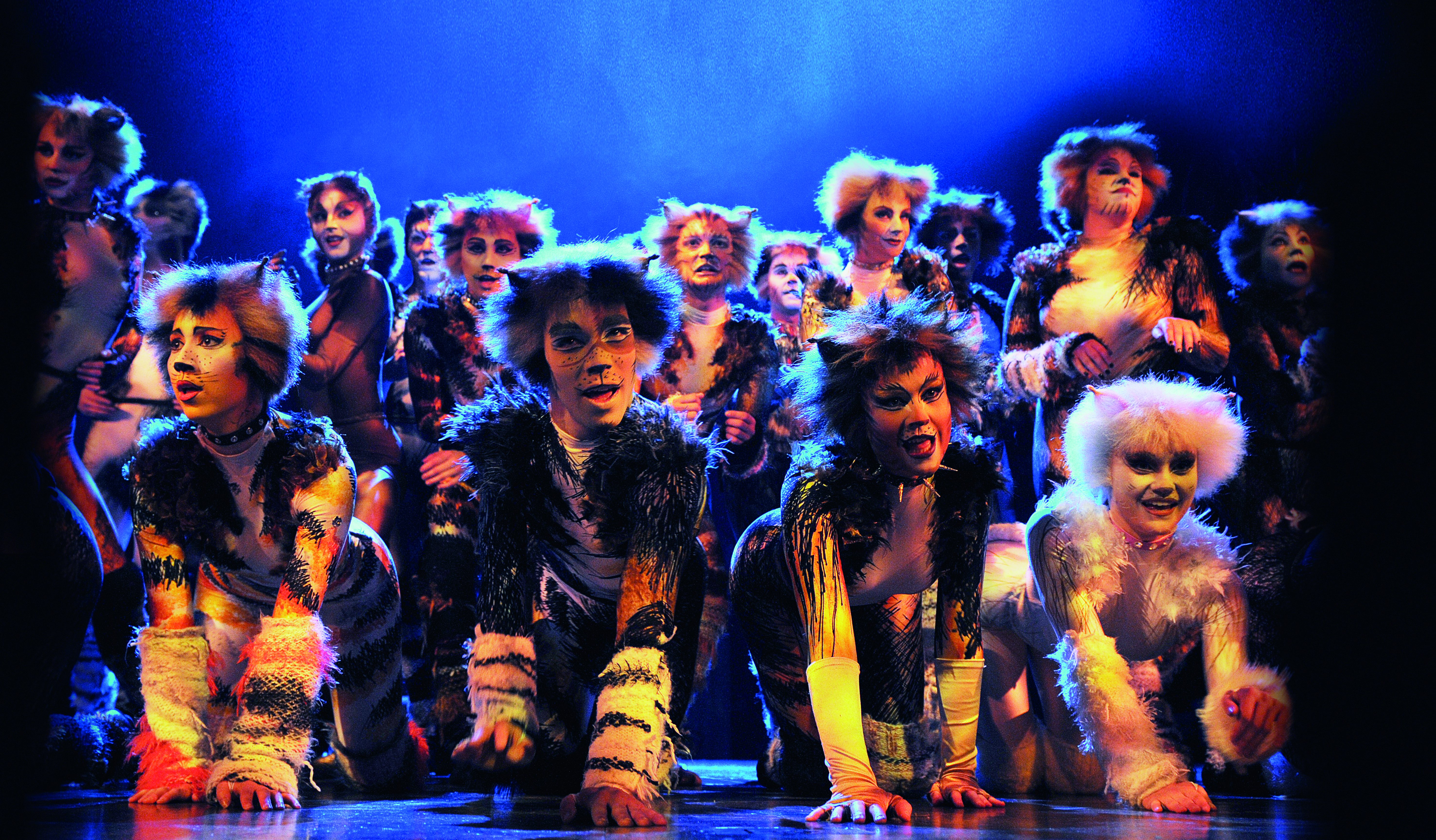 Having always been entranced by all things ballet and dance, I grew up in awe of the white cat, Victoria. A timid kitten, she is the most beautiful of all the Jellicle Cats and is renowned for her flexibility and pure dancing. The dancer who takes this role must have clean classical technique, fluidity, control and endless extensions. She also has to be able to convey a youthful, somewhat naive quality. Dancer Sophia McAvoy does not disappoint. In Victoria’s solo, which signals the start of the Jellicle Ball, she easily expresses the elegance that is symbolic of the whole production.

Munkustrap is an energetic tabby cat who acts as our master of ceremonies. Matt Krzan plays him as an engaging leader and imposing protector. He instantly captures our attention with his astonishment that the audience may not already know what a Jellicle Cat is! As I have encountered the tribe before, I was initially undecided about my opinion on the replacement of the traditional rock ‘n’ roll rule-breaker Rum Tum Tugger with an updated hip hop bad boy. He has swapped his wild mane for dreadlocks and no longer rocks but raps. He is still a ladies’ cat though and his rebellious streak remains. Marcquelle Ward receives a warm response from the audience every time his character makes an appearance and the deep bass, flashing lights and different dance tricks that this contemporary street cat brings to proceedings certainly delighted the junior theatregoers I observed. On reflection, and in the spirit of acceptance that Cats ultimately promotes, this new Rum Tum Tugger does seem to have found his place within the tribe.

A very welcome change is the updated version of ‘Growltiger’s Last Stand’ which sees Asparagus (Gus), the theatre cat, reminisce about thespian days gone by. In the dramatic scene he recalls we see him adopt a pirate role he once played. After some swashbuckling, he sings a romantic aria with a fair lady feline before being forced to walk the plank by a band of Siamese cats. Although this part of the production is the section I am the least enamoured by, the staging, singing and ambience has been much improved. Moreover, Greg Castiglioni is an assured actor. Performing as gentleman of leisure Bustopher Jones, frail old Augustus and fearsome Growltiger, he is excellent in all three roles. 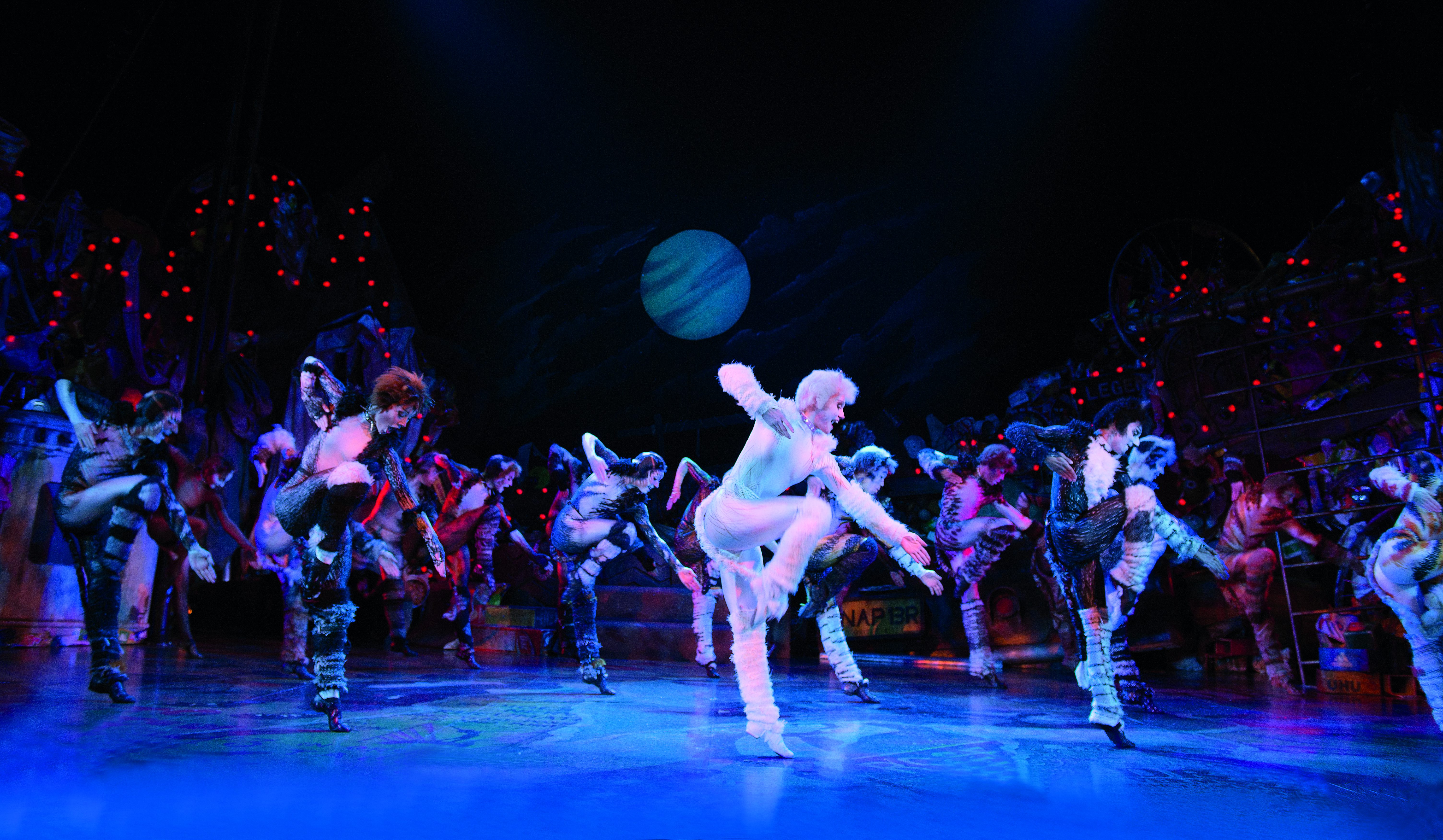 Mister Mistoffelees (Shiv Rabheru) has some magical moments in his glittering solo dance. He sparkles in multiple turns and elevated jumps. On opening night, I was slightly disappointed by a few lacklustre leaps that crept into his sequence on the diagonal. Not to worry though, as this was more than made up for later when he wowed me with a lengthy series of successive (and impressive) straddle jumps.

Ultimately, this menagerie of moggies could not be more mixed. Every cat is blessed with an idiosyncratic personality that sets them apart from their furry friends. Each member of the tribe relishes the time they are given to flaunt their unique abilities and demonstrate why they ought to be the cat the Jellicles’ respected leader, Old Deuteronomy, chooses to travel to the Heaviside Layer to be reborn into a new life. Yes, it seems that some cats really might be blessed with nine lives! 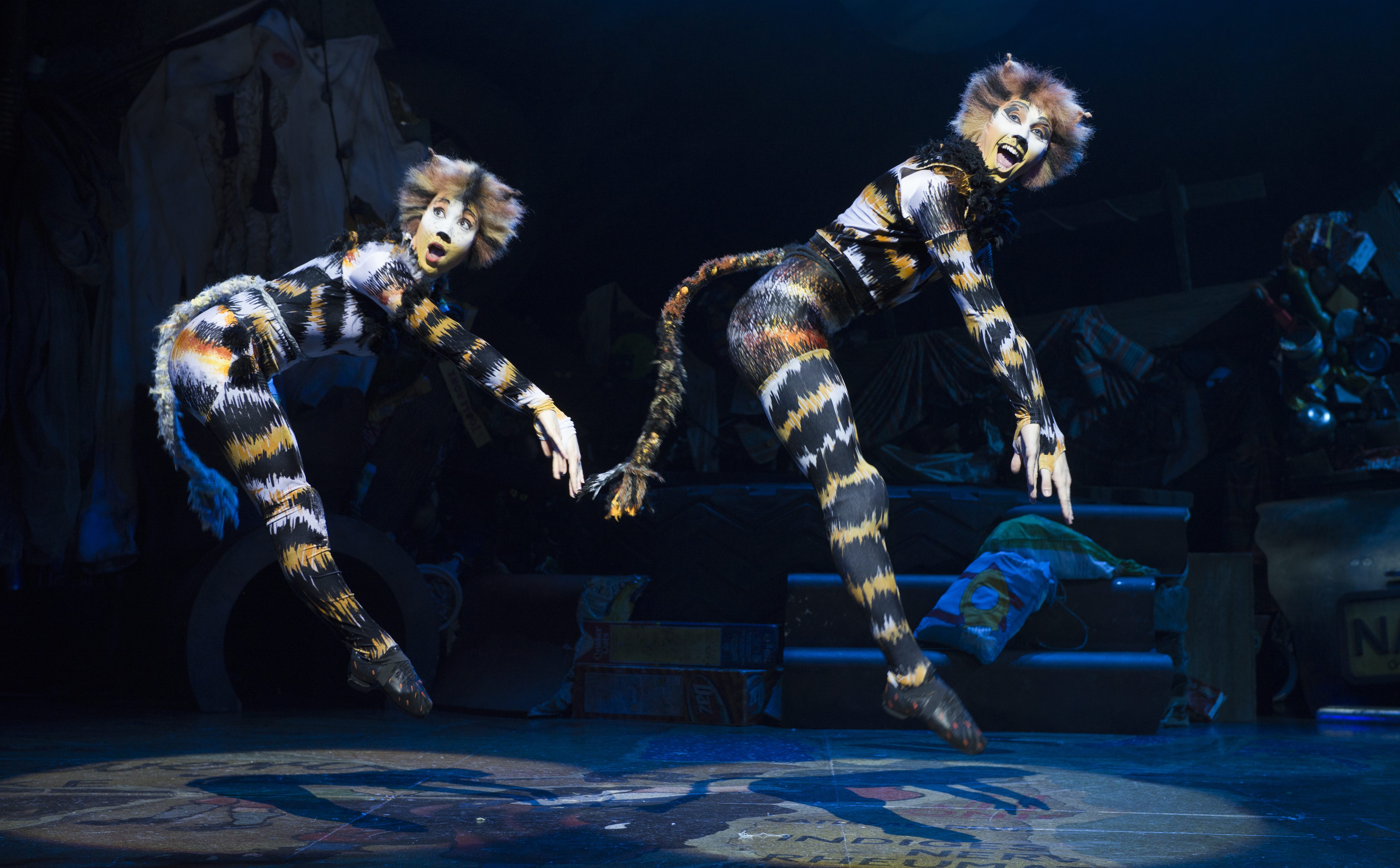 The cats’ individual traits are powerfully paw-trayed through dazzling dance routines and sensational songs. Even when one cat is centre stage, the others are involved as spellbound spectators or enthusiastic ensemble extras. As a danced-through musical, Cats could be regarded as one long dance routine. Movement is at the heart of the whole Cats experience. Without the expert execution of stylised mannerisms and postures, we would simply be watching brilliant singers trussed up in incredible cat costumes and elaborate face paint.

Indeed, the singing is first-class all the way through. ‘Jellicle Songs for Jellicle Cats’ and ‘The Naming of Cats’ are mesmerising songs performed by the whole cast which capitalise on the company’s dramatic presence as well as vocal harmonising. The show’s haunting signature tune, ‘Memory’, is sung beautifully by Marianne Benedict as Grizabella, who was once a glamour cat but is now a lonely and tired cat.

Dame Gillian Lynne‘s choreography is equally beautiful – and certainly not tired. The blend of ballet, modern and jazz technique allows the dancers to maintain a slinky, supple and acrobatic grace throughout. Even better, each number has a certain something about it (a certain attitude, a “cat-itude” perhaps?) that makes it deliciously different to the one that precedes it. This is why the cats find themselves tap dancing, high-kicking, cartwheeling and even break-dancing!

The talented cast completely embody their cat characters at all times. They arrange slender limbs into suitably feline positions on the floor, roll over, crawl, pounce, arch their backs, incline and rub their heads, knead their paws, swish their tails. The overall effect is almost otherworldly – it has to be seen to be believed!