Matthew Bourne’s production of The Red Shoes is a contemporary ballet version of the classic dance film. The quintessential backstage melodrama tells an intoxicating story of obsession and possession, chronicling the tragedy of a ballerina whose intense desire to dance conflicts with her need for love.

Following a sold-out Christmas run at Sadler’s Wells, Bourne’s New Adventures company is bringing all the glamour of the 1948 British film to audiences beyond the capital on an extensive UK tour. Predictably, tickets have been selling exceptionally fast and extra dates for Bourne’s production of The Red Shoes have already been added.

Celebrated film-making duo Michael Powell and Emeric Pressburger combined glorious Technicolor wizardry with emotive and dramatic performances to create their seminal motion picture. An all-consuming love for the arts generally – and dance especially – is at the heart of The Red Shoes. Significantly, Powell and Pressburger devoted plenty of screen time to dancers, ensuring their cinematic ode to the agony and ecstasy of dancing is largely told through the medium of dance itself. No wonder Bourne decided the film was the ideal source material for his latest production. 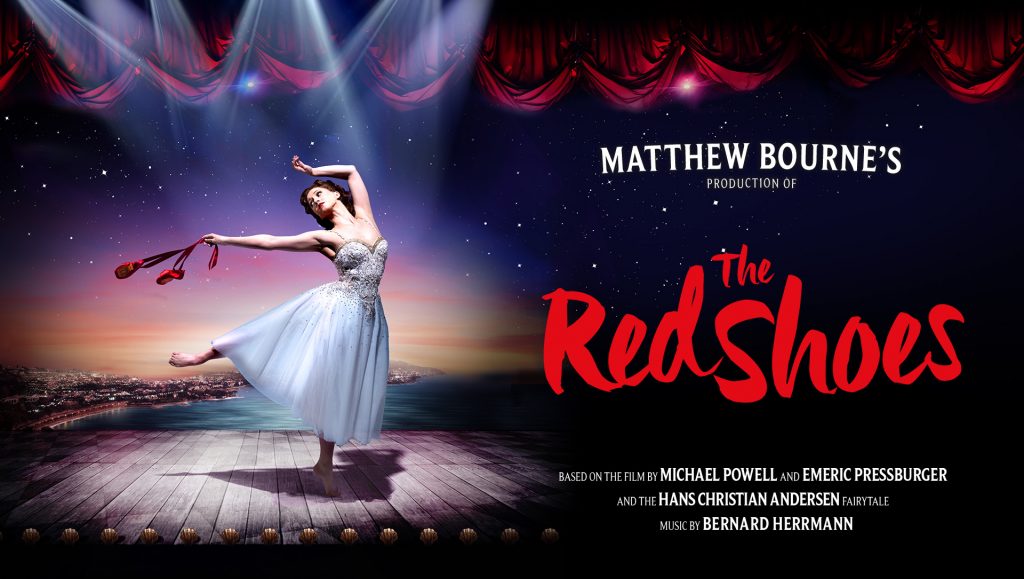 Ambitious ballerina Victoria (Vicky) Page loves – lives – to dance and is poised for superstardom when she is unexpectedly cast by impresario Boris Lermontov as the lead dancer in a ballet inspired by Hans Christian Andersen’s fairy tale The Red Shoes. This dark narrative follows a young woman who becomes enamoured by a pair of crimson ballet slippers. When she puts them on, she discovers that they are enchanted and compel her to dance. At first, she enjoys the dancing but when she becomes tired she realises that she is unable to stop. Powerless, she dances in a surreal pretence of happiness, until she dances herself to death.

Charismatic but controlling Lermontov demands his protégés dedicate themselves to their art. For Lermontov, ballet is a sacred religion. He is impressed with Vicky’s overwhelming need to dance but warns her that she must sacrifice the distractions of a normal life to become a true artist.

As rehearsals for The Red Shoes get underway, Vicky and the ballet’s composer, Julian Craster, resolve some artistic differences and end up falling in love. This prompts Lermontov to realise that he has his own romantic feelings for Vicky and, despite the triumphant success of The Red Shoes when it opens, he begins to look for faults in Julian’s ideas. A jealous, possessive, love triangle develops and, eventually, Julian is dismissed from Lermontov’s company. Vicky decides to leave with him and the besotted couple get married. 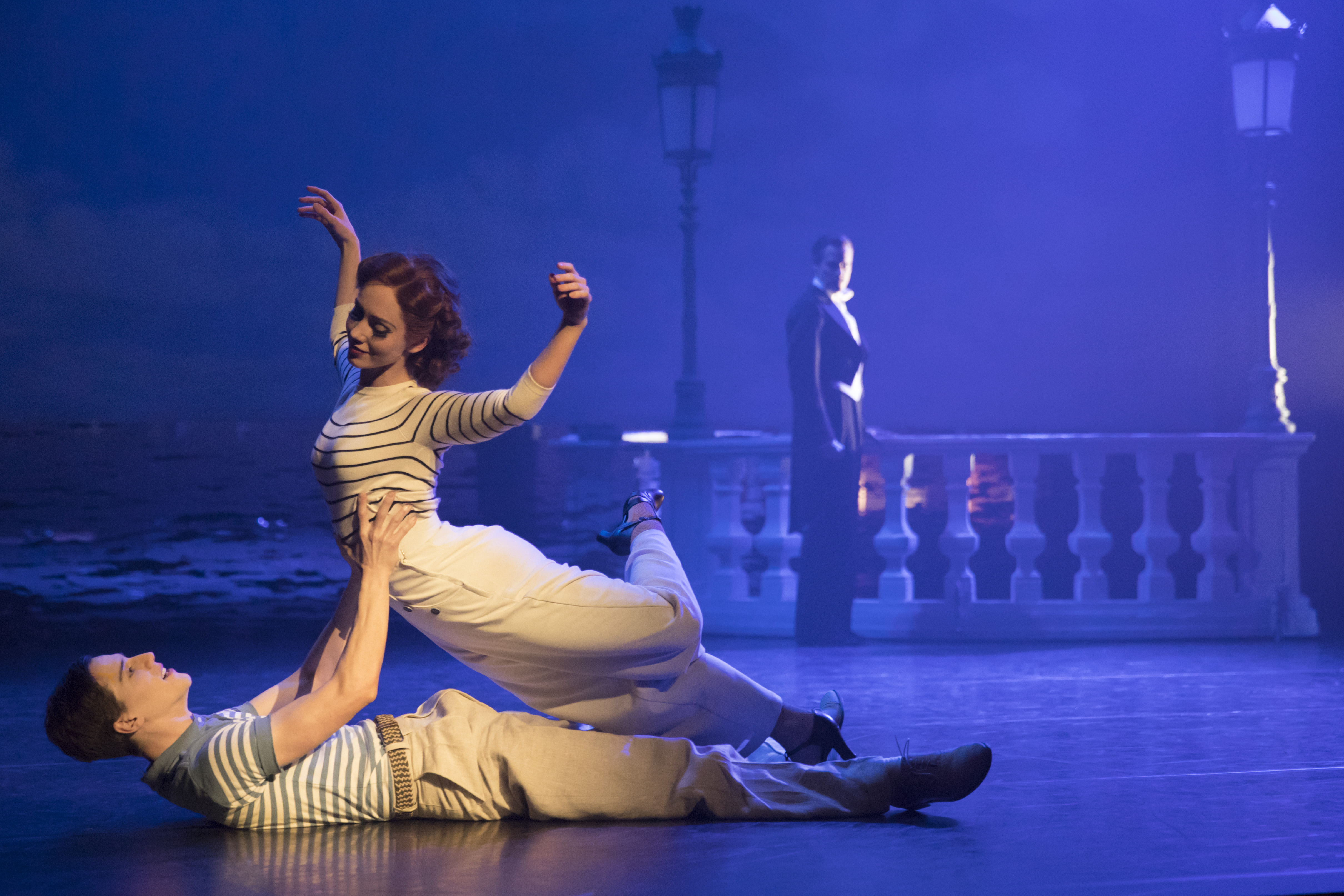 When Lermontov’s ballet company prepares for a revival of The Red Shoes, Vicky finds herself torn between her dream career with the manipulative Lermontov and her love for Julian. She longs to lose herself in her dancing once again but feels that to do so with Lermontov’s company would betray her husband.

No longer sure how she can possibly follow her heart when she is so passionately devoted to both dancing and true love, Vicky impulsively spirals into a state of helplessness. Ultimately, life imitates art for Vicky as she finds herself hopelessly torn between dancing and being with the man she loves. The themes of The Red Shoes, the ballet that made her an overnight sensation, are all too easily paralleled in her reality.

Renowned British ballerina and actress Moira Shearer won international acclaim for her radiant performance as Victoria Page. She was sheer perfection in the role; her flaming red hair even matched the titular ballet slippers! In fact, Shearer remained primarily known for The Red Shoes despite continuing to work for many decades after the film was released. 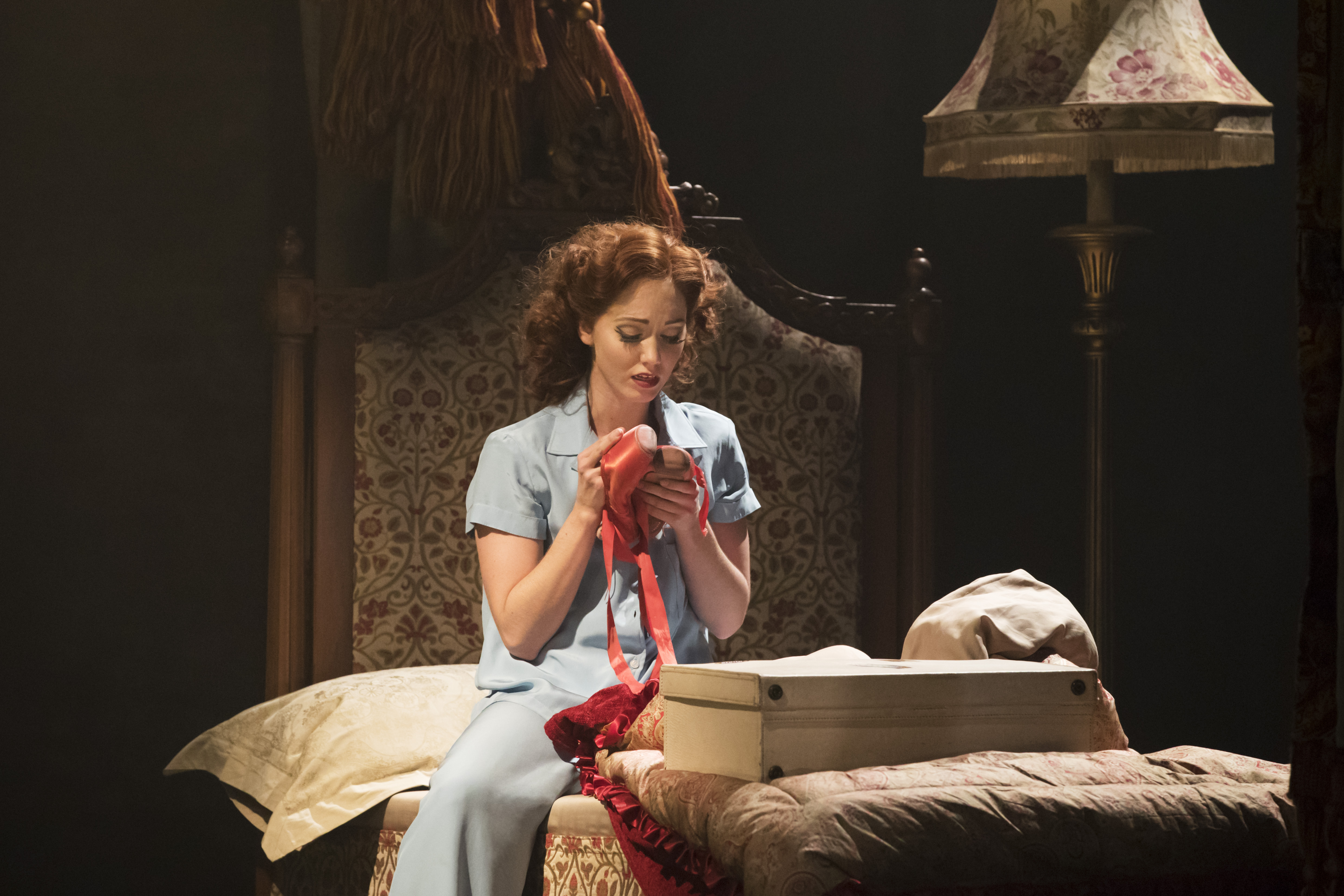 The “Victoria” for Bourne’s production of The Red Shoes has been created by New Adventures star Ashley Shaw, most recently seen across the United Kingdom and internationally as “Aurora” in his Sleeping Beauty. Rising star, and fellow “Aurora”, Cordelia Braithwaite will also play the role, along with New Adventures regular Katrina Lyndon in her principal role debut.

The Red Shoes is a must-see film for anyone with even an inkling of interest in the performing arts or cinema and it has no shortage of fans (including yours truly!). Indeed, taking what many would regard as the best dance film ever and translating it from screen to stage is no mean feat.

Fortunately, Matthew Bourne, who was knighted last year for services to dance, is not one to shy away from a choreographic challenge. He has already worked his magic on the likes of Swan Lake, Edward Scissorhands and, most recently, Sleeping Beauty, so he is certainly no stranger to respectfully incorporating beloved works into his repertoire of dance-theatre productions with wit and charm.

In short: I quite simply can’t wait to see Sir Bourne’s tribute to The Red Shoes. After all, what could be better than seeing a film I adore revived and refashioned as a full-length dance production by a choreographer I admire? My expectations for Bourne’s production of The Red Shoes are high but so too is my excitement as I eagerly look forward to press night!

*Photography of Matthew Bourne’s production of The Red Shoes by Johan Persson.

Matthew Bourne’s production of The Red Shoes comes to Milton Keynes Theatre from Tuesday 14 to Saturday 18 February and is touring nationwide until mid-July.

Update 16 February 2017: Read my review of Matthew Bourne’s production of The Red Shoes.