The art of seduction is all about knowing what is alluring to your intended, appealing to their desires and successfully winning them over. Northern Ballet appreciates that its audiences yearn to be engrossed in narrative works and brings these to the stage through energetic and expressive choreography. Northern Ballet’s Casanova demonstrates that the company has raised the barre (ballet pun intended) to deliver what may well be its most impressive production to date.

Based on a scenario created by Giacomo Casanova’s biographer Ian Kelly and choreographer Kenneth Tindall, the ballet unmasks the legendary lothario to reveal the man behind all those hedonistic sexual conquests. The plot provides a fascinating glimpse into Casanova’s sensational experiences in decadent eighteenth-century Venice and Paris. Exhilarating episodes blend together in cinematic style to divulge how the women – and men – Casanova encountered encouraged him to experience the pleasures of life through countless sexual adventures.

Choreographer Kenneth Tindall was a premier dancer with Northern Ballet from 2003 until 2015. Artistic Director David Nixon nurtured his transition into dancemaking. Casanova is the first ever full-length ballet Tindall has devised so it is fitting that he has embarked on this major undertaking with Northern Ballet. His vision, combined with the dramatic expertise of the company’s dancers, means Casanova boasts both stunning physicality and absorbing storytelling. 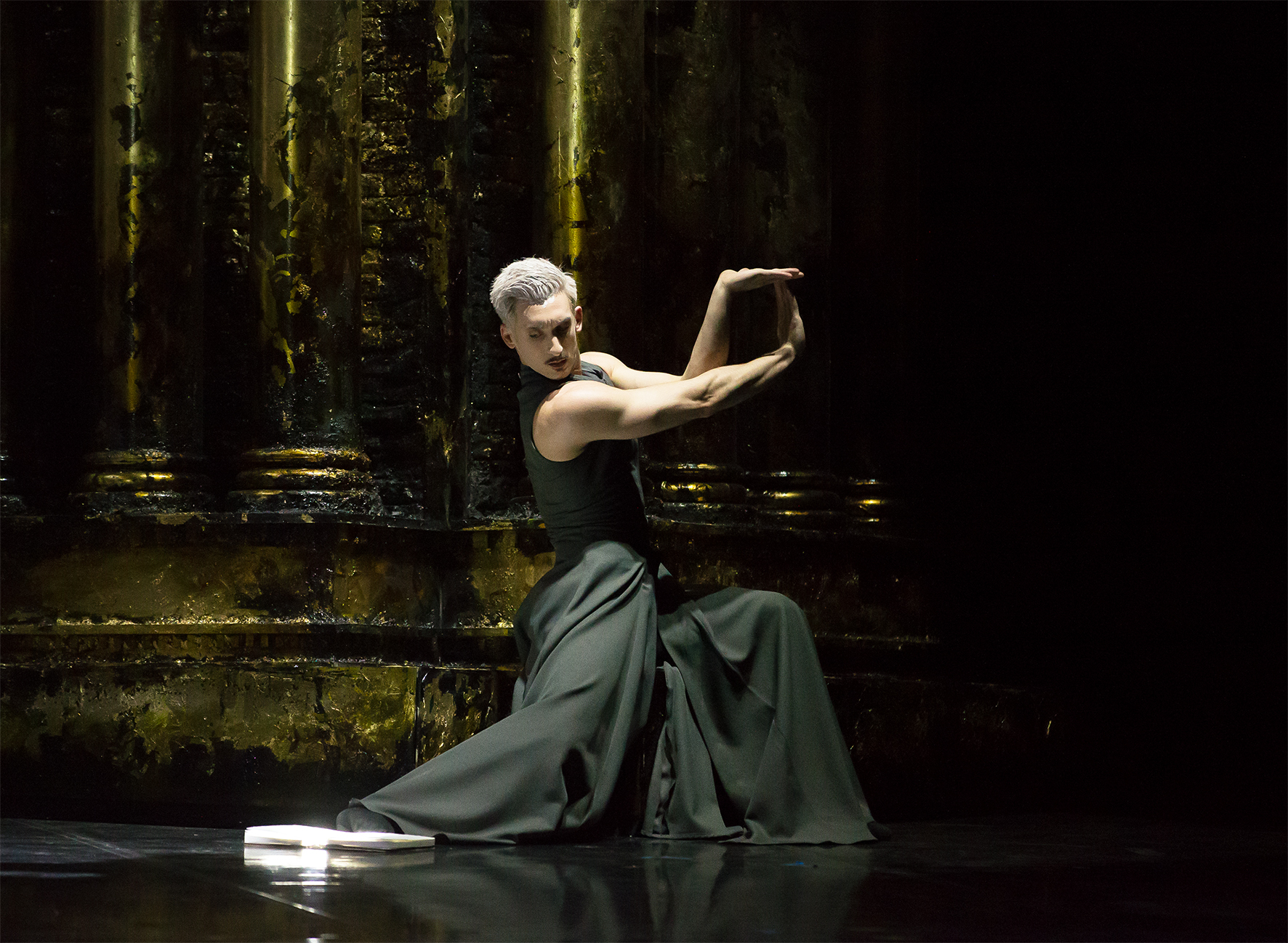 The title character’s liberal lovemaking inspires unions of varied size and intensity, portrayed using some sublime choreography. Featured liaisons include an early pas de trois, multiple pas de deux passages and an orgiastic ensemble or two. Tindall certainly makes the most of the dancers’ sensual suppleness. Lithe limbs entwine during euphoric embraces and the freedom of the body in space is suggestively explored during unrestrained – and complex – partnering.

History may have immortalised the name “Casanova” as a derogatory adjective but the stereotype of the unscrupulous lover has masked his philosophical legacy as a great Enlightenment thinker. Northern Ballet’s interpretation of Casanova’s epic life sympathetically captures the essence of a man whose vast intellectual, creative and sexual dynamism afforded him a charisma that individuals of both sexes found themselves powerless to resist.

We do not get an insight into the workings of Casanova’s psyche per se in Northern Ballet’s Casanova. Instead, we are shown how his unquenchable thirst for knowledge and unique way of looking at the world is received by those around him. Notably, Casanova does not necessarily relish his busy sex life; he is certainly not depicted as being the driving force behind it. However, he learns to surrender to his primal urges and habitually seeks solace in steamy scenarios. 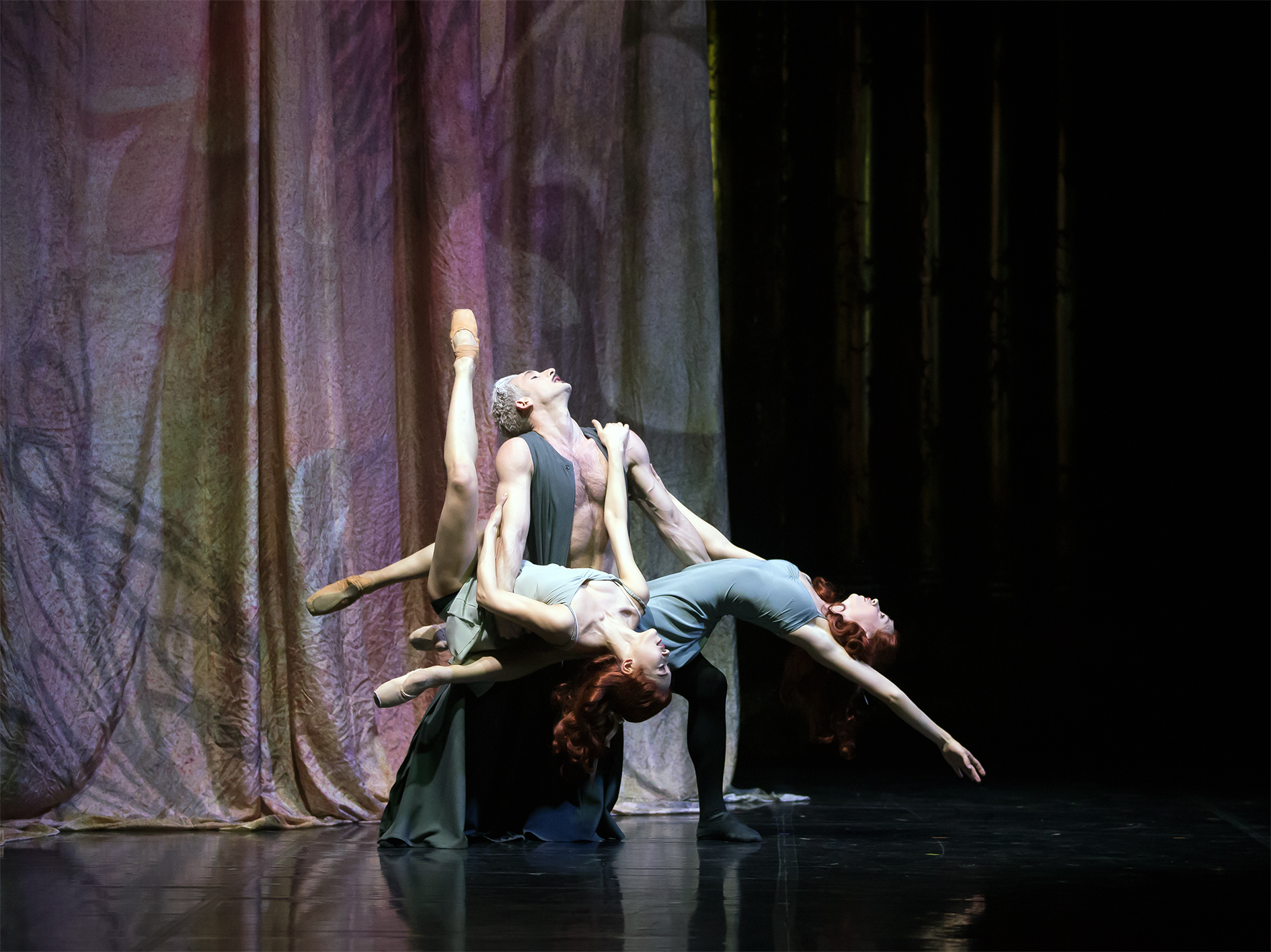 The narrative packs a lot in and there are many characters to keep track of so a pre-show reading of the synopsis is recommended for optimum enjoyment.

We meet Casanova as a young aspiring priest in Venice. He is intrigued by a book that has been forbidden by the church and is seduced by his pupils, the Savorgnan Sisters. Unsurprisingly, he is forced to forgo his career with the church and is left with only his violin and book. In Act One, Casanova joins a troupe of musicians and becomes acquainted with attractive cellist Balletti; is set upon by thieves; saves a life; and is imprisoned by the Inquisition.

In Act Two, we are introduced to two Parisian women. Bellino dresses as a man to masquerade as a male castrato singer; Henriette dresses as a soldier to flee from her violent husband. Casanova has escaped from prison and, funded by a rich benefactor, embarks on the social and sexual conquest of Paris. But will he ever find his perfect partner? 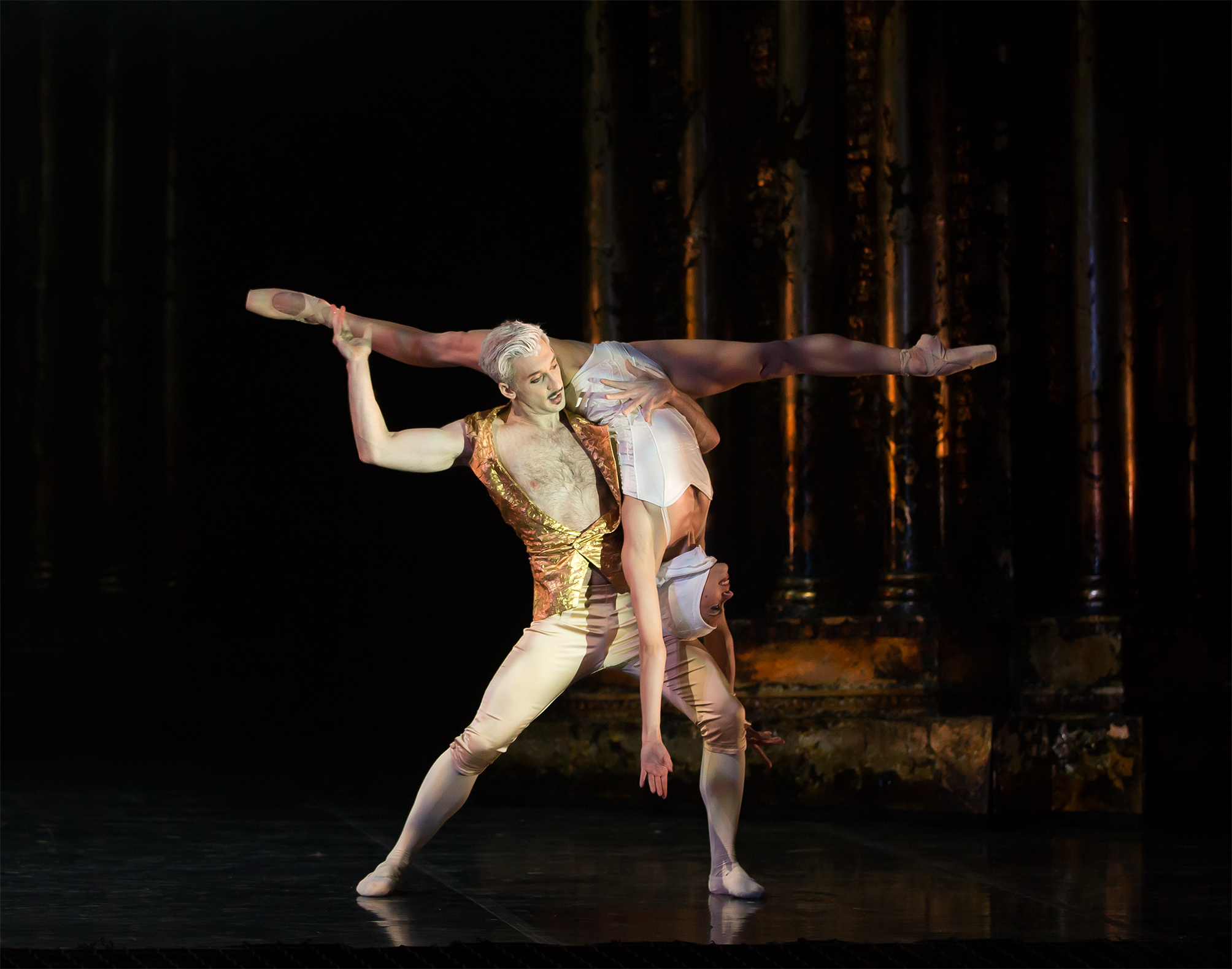 Timing plays a crucial role in the art of seduction, just as it does in dance. Tindall’s choreography responds imaginatively to composer Kerry Muzzey’s lavish score, teasing us with follow-the-leader style canons of fluid movement. Animated gestures flirt with the musical accents; the patterns contributing to the pace of the storytelling as passion and politics collide.

The musicians Casanova joins after leaving the church in disgrace embody the choreography that is most representative of classical ballet. Multiple pirouettes finishing in extended balances; soaring leaps that change direction mid-flight; fine-tuned footwork. The classical technique alone demands constant acclimatisation to a changing centre of gravity but Tindall layers additional challenges on top with flourishes of movement in the upper body.

Further stand-out ensemble moments include the assertive athleticism of the seminarians (the trainee priests) and the saucy spectacle of the masquerade ball. 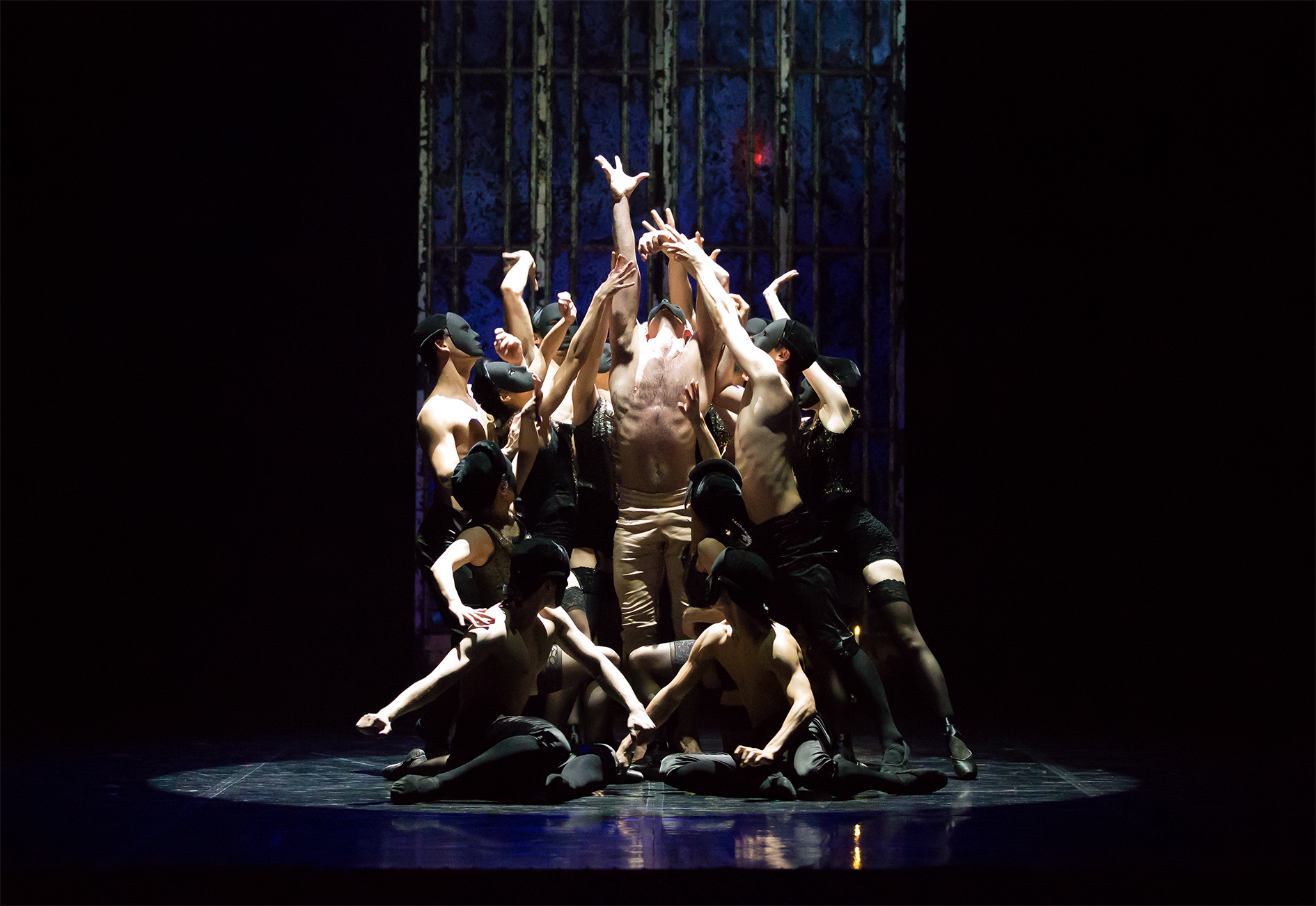 Giuliano Contadini excels as an actor and as a dancer in his portrayal of Casanova, a role Tindall created on him. While Casanova does not have one momentous solo to dazzle us with, the spirit behind the danced interactions and intimate couplings emotes the necessary magnetism. Casanova is rarely off the stage so Contadini has a marathon of a performance to give. He also finds himself stripping off his clothing at regular intervals, replacing one torso-revealing outfit for another!

Designer Christopher Oram’s opulent costumes show off the dancers’ lines, while his imposing sets create the gilded splendour of the eighteenth century locale. Richard Mawbey’s wigs are tremendous. In the first cast, coryphée dancer Sean Bates (who is from Milton Keynes) dons some remarkable tresses to be a devilishly disdainful Voltaire in Act Two!

Northern Ballet has possibly never looked stronger. Casanova plays to the company’s strengths and then some. The pointework is plentiful and precise. The dancing is narrative-driven and interesting. The production in its entirety is atmospheric, aesthetically pleasing and absorbing.

Casanova sets out to seduce audiences. It does just that.

The production is suitable for theatregoers aged 12+.