Billy Elliot The Musical is a moving and inspiring production that is about so much more than ballet dancing. Currently engaged in a three-week run at Milton Keynes Theatre, it enthusiastically establishes that “boys can do ballet too” while simultaneously championing offbeat individuality and highlighting the profound importance of family and community.

Based on the 2000 film, the show is set in a northern mining town against the animosity of the 1984–1985 miners’ strike. Billy, the eleven-year-old son of a widowed miner, is not really suited to the boxing ring. Nonetheless, he dutifully attends the lessons that his dad scrapes together the money for. One day, after yet another hapless training session, Billy unwittingly finds himself participating in a ballet class. Encouraged by dance teacher Mrs Wilkinson, he secretly swaps his boxing gloves for ballet shoes and a toe-tapping journey of self-discovery begins. As Billy starts to shine, Mrs Wilkinson suggests he seize an opportunity to audition for the prestigious Royal Ballet School. Up against a fiercely macho culture and facing a rather dismal future, is Billy’s passion for dance enough to change his life and motivate those around him to re-evaluate their uncompromising mindsets?

This touring edition of Billy Elliot The Musical follows eleven years of phenomenal success in the West End. Naturally, the show boasts top-notch singing. Moreover, the drama provides both madcap moments that are guaranteed to have you laughing and touching scenes that will likely make you well up. Ultimately, though, the dancing proves the main attraction. Tutus feature heavily throughout but ballet is by no means the only way to boogie and choreographer Peter Darling’s brilliant routines cleverly capture the unbridled joy of dancing. Dazzling displays of ballet, tap, jazz, lyrical, acro and aerial choreography drive the narrative, convey characters’ deepest emotions and unquestionably convince audience members that the whole cast are truly dancing their hearts out. 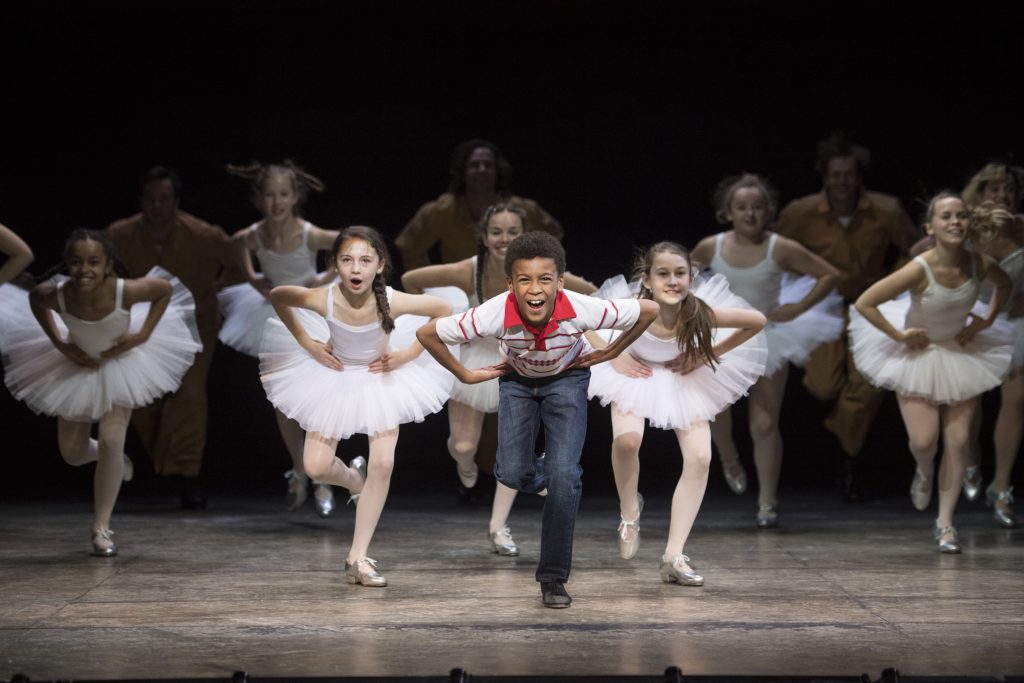 A feeling of sincerity underpins Billy Elliot The Musical from start to (standing ovation winning) finish. Saccharine sentiment is satisfyingly absent. Instead, reality reigns in a gritty drama that concentrates on exposing raw emotion and dry humour. Being more rough and ready than glitz and glamour, the show progresses with pace and the dance numbers have a spontaneous, earthy quality. Timing and execution are consistently spot on, but the movement is never superficially slick. This is testament to both the compositions and the gutsiness of the performers themselves.

The gawky gambolling of the mediocre Ballet Girls never fails to raise a smile as they totter their way through the rigours of class. Trussed up in tutus, they use chairs for ballet barres and commit every classical ballet faux pas imaginable. As a ballet teacher, I was grimacing; as an audience member, I was grinning. These youngsters are a corps de ballet (of sorts!) that would be a challenge for any well-meaning ballet teacher.

Mrs Wilkinson is a feisty ballet teacher whose droll one-liners and laissez-faire attitude towards instruction do not quite conceal her disappointment that the Ballet Girls lack any real interest in – or aptitude for – dancing. What’s more, her own daughter, the demanding and disruptive Debbie, is particularly resistant to all things ballet. So, when Mrs Wilkinson (played with equal parts wit, warmth and indifference by Anna-Jane Casey) sees a spark of potential in Billy, it makes sense that this ignites something within her. Fuelled by his burning passion, she summons up a newfound zest for teaching, slips into the role of surrogate mother and becomes determined to help Billy make his dancing dreams a reality. Of course, this means squaring up to Billy’s outraged Dad (an always animated, and often annoyed or angered, Martin Walsh) but Mrs Wilkinson is not one to be deterred. 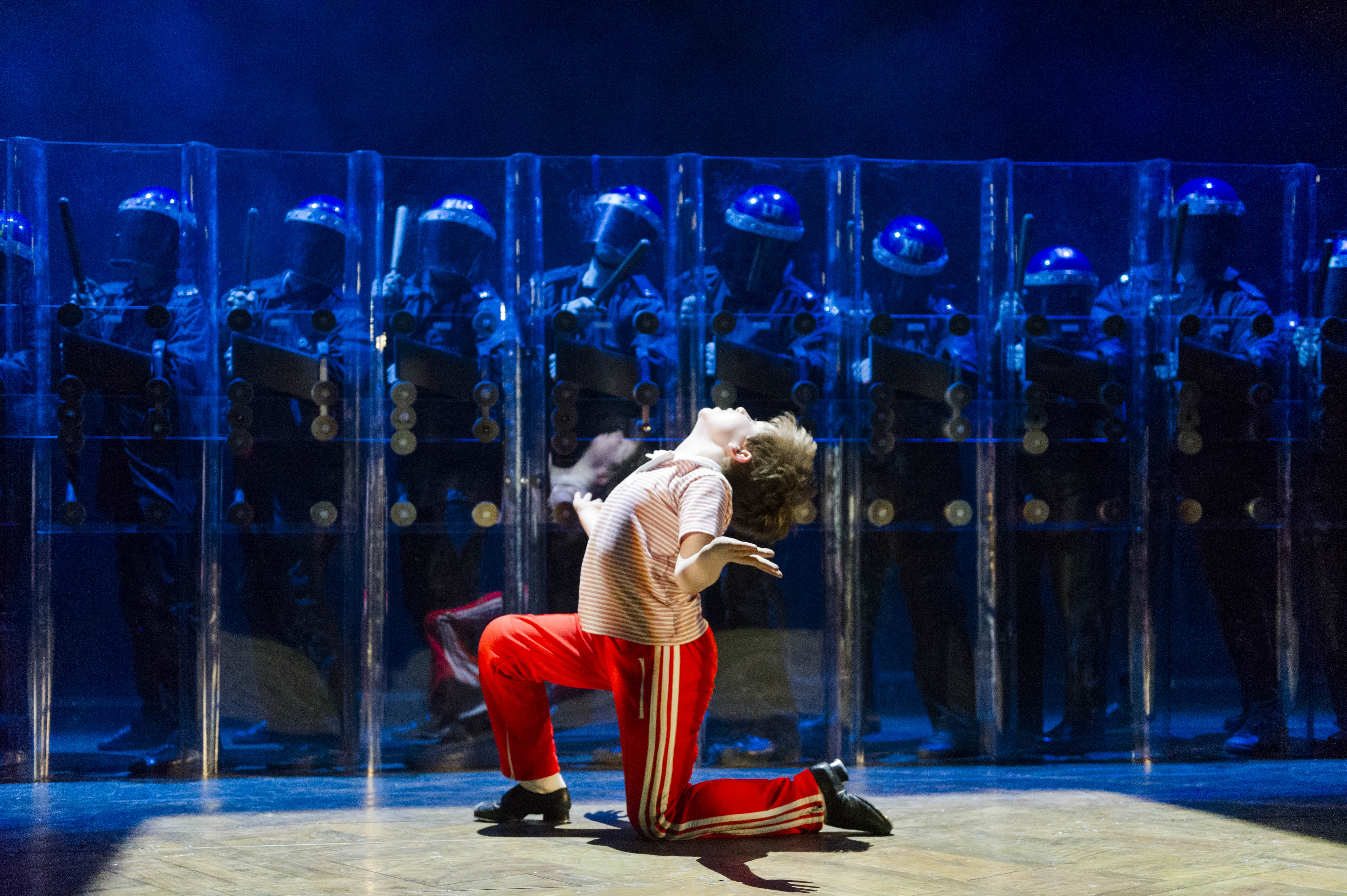 The children are the real stars of this show and no one shines more brightly than Billy himself. For Billy, dancing offers an escape from everything (something he ardently articulates in the spine-tingling ‘Electricity’ number). Haunted by his dead mum and trapped in a hyper-masculine community in an impoverished village, Billy finds freedom when he dances. Twelve-year-old Haydn May performed in the title role on press night (four different actors alternate as Billy) and his energy and expressiveness make him an absolute pleasure to watch. Billy’s journey is instilled with real credibility because we see the character evolve. At first, he is more precarious than poised as he experiments with the unfamiliar ballet steps. With practice, he gets stronger and eventually accomplishes assured turns, leaps and balances. Thunderous tap also features as Billy grows in confidence and fights for what he loves.

Letting loose on the dancefloor might be Billy’s speciality but May is not the only twinkle-toed talent. Billy’s gay best mate Michael (an endearingly earnest Henry Farmer, also aged twelve) gives him a run for his money with some impressive tap-dancing skills during the wacky drag dance routine ‘Expressing Yourself’. Together, these two are a hoot.

The enduring appeal of Billy Elliot’s story (written by Lee Hall) may well be partly attributable to the seamless intertwining of the personal and the political. After all, Billy’s grief at being motherless is echoed by the sorrow the miners suffer in relation to the impending loss of their industry. Notably, in Billy Elliot The Musical, pirouettes and political protests share the stage to great effect when the picketing miners are pursued by the riot police. The striking juxtaposition of the Ballet Girls twirling around the pit workers reinforces the turmoil and desperation that the entire community is experiencing. 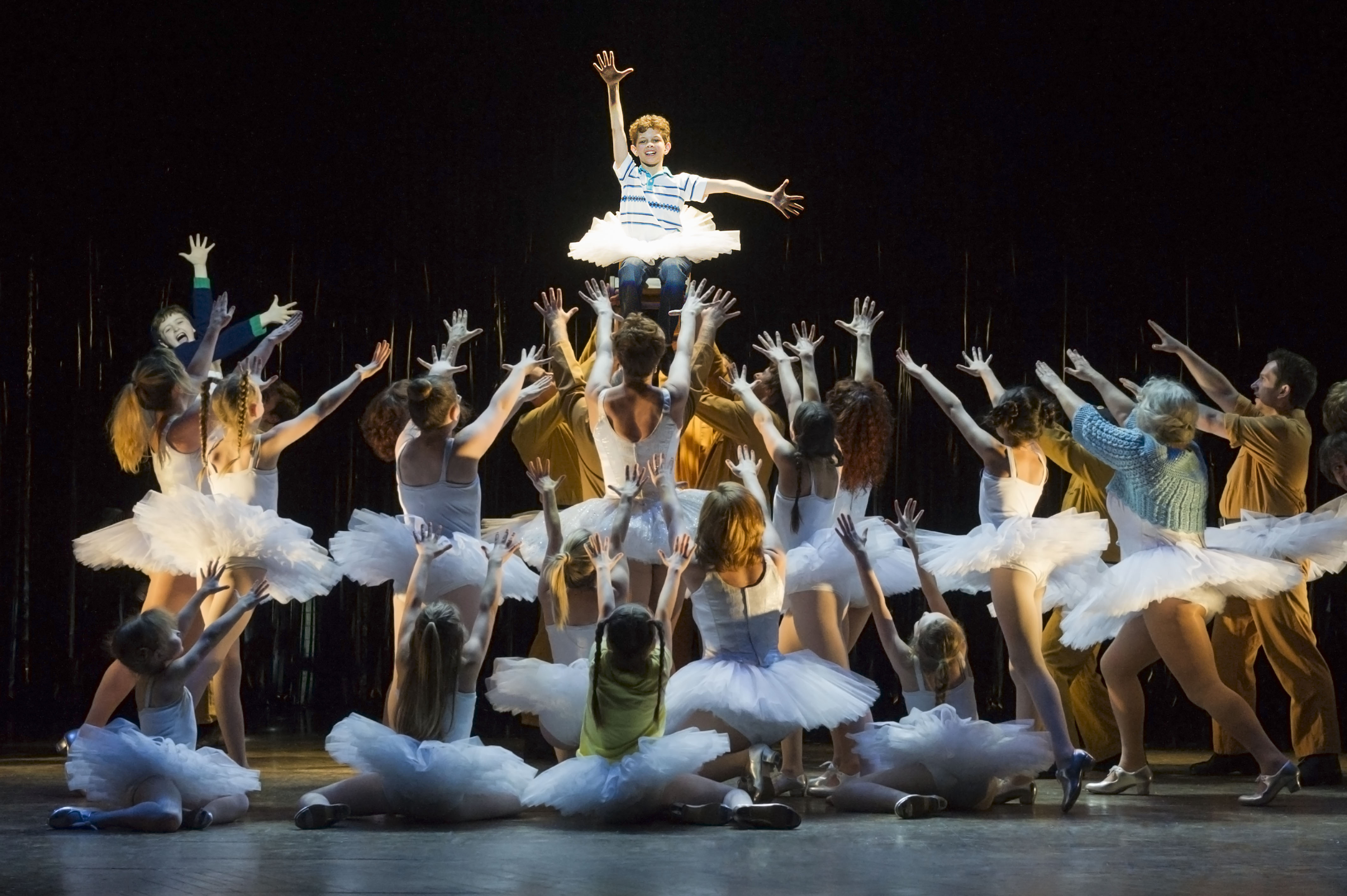 Although this musical does not have the most memorable songs, Elton John’s score has some powerful moments and Lee Hall’s lyrics convey all that they need to. Anna-Jane Casey is a steadfast songbird as Mrs Wilkinson, excelling when belting out songs describing her uncoordinated Ballet Girls and when sweetly harmonising in a tender duet with the spirit of Billy’s mum. The Geordie accents throughout are managed very well, but be prepared for plenty of expletives from cast members of all ages!

The dance between Billy and his Older Self (Luke Cinque-White) is a spectacular highlight. Dancing to an extract from Tchaikovsky’s Swan Lake, they embody Billy’s hopes and dreams with sublime synchronicity. As the renowned music builds to its crashing crescendo, young Billy soars through the air, guided by his Older Self. Just perfect.

The sparks of electricity from the first-class singing, dancing and acting will stay with you long after the show ends. Some of us can readily relate to Billy’s addiction to the way that dancing can make you feel but the sentiment is applicable to other interests too. No matter the obstacles you must leap over along the way, do what makes you feel alive and support others in their own endeavours: life is not a dress rehearsal. Funny, uplifting and packed full of dancing, Billy Elliot The Musical is a must-see.

An extract of this review appeared in the Milton Keynes Citizen GO supplement: 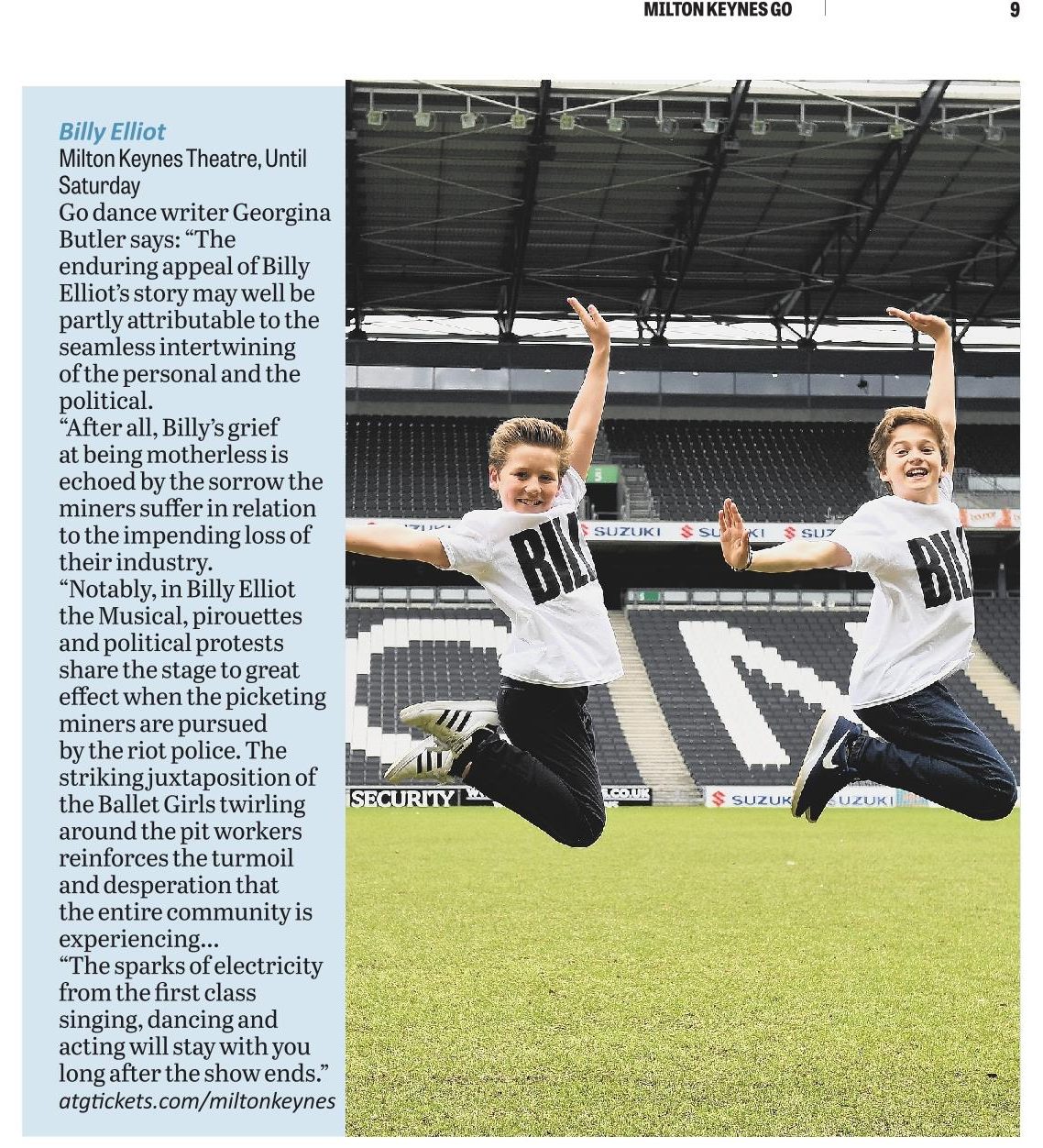