The youngsters in this year’s Stage Experience production at Milton Keynes Theatre are having a blast with the speakeasy sass, splurge guns and silliness of Bugsy Malone.

As expected, summer youth musical theatre project Stage Experience is tackling the tongue-in-cheek musical comedy with its usual verve. This is the sixth production the Creative Learning team has delivered since the scheme began in 2011 (past productions have included The Wiz and Fame) and, happily, the spectacular annual event looks set to continue. It’s a huge undertaking for Milton Keynes Theatre but it provides a wonderful opportunity for young people to perform in a professional setting. Indeed, it is not only an experience for the participants themselves, it is also a novelty for the parents, siblings, extended family members and friends who support the cast from their seats in the vast auditorium.

Hundreds of local wannabe performers aged 10 to 21 were whittled down to a company of one hundred young performers over two days of auditions during the Easter holidays. Rehearsals then started in earnest at the end of July, with cast members and creatives working tirelessly to create a full-scale production in just twelve days. 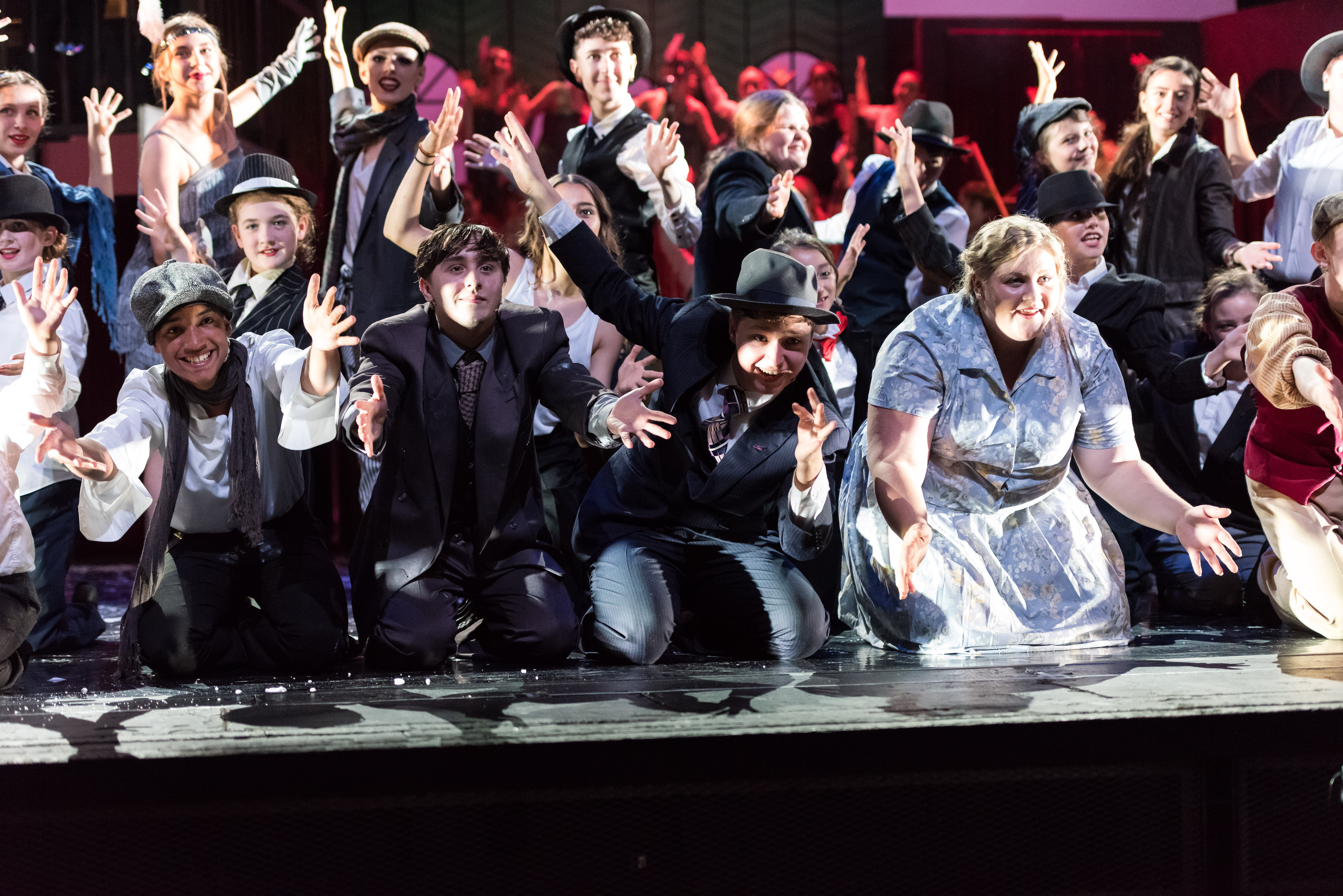 Bugsy Malone is a strange musical that seems to have a timeless appeal, probably because of its slapstick humour. Essentially, it’s children playing at being gangsters in 1920s New York, substituting whipped cream and custard for bullets. Silly? Yes, of course it is. Nonetheless, in its entirety, the show still manages to remain quite witty and has some seriously catchy songs.

Significantly, the narrative allows a large cast to become fully involved as the battle for power between speakeasy-owning crook Fat Sam and rival mobster Dandy Dan intensifies. Main man Bugsy Malone, a smooth-talking city slicker, finds himself caught up in the shady dealings between the two opposing gangsters. As if he doesn’t already have enough to cope with trying to sweep aspiring singer Blousey Brown off her feet.

The accents, acting and acrobatic antics featured throughout Stage Experience Bugsy Malone are well-executed by everyone. Opening night nerves were apparent from some of the main players in the first act which resulted in a few gabbled lines and a raspy lyric or two. Still, nothing detracted from the overall high quality of performance. It was unfortunate that there were a few small sound issues – particularly microphones rubbing against costumes – but, again, these were minor matters that were soon forgotten during the big song and dance numbers. 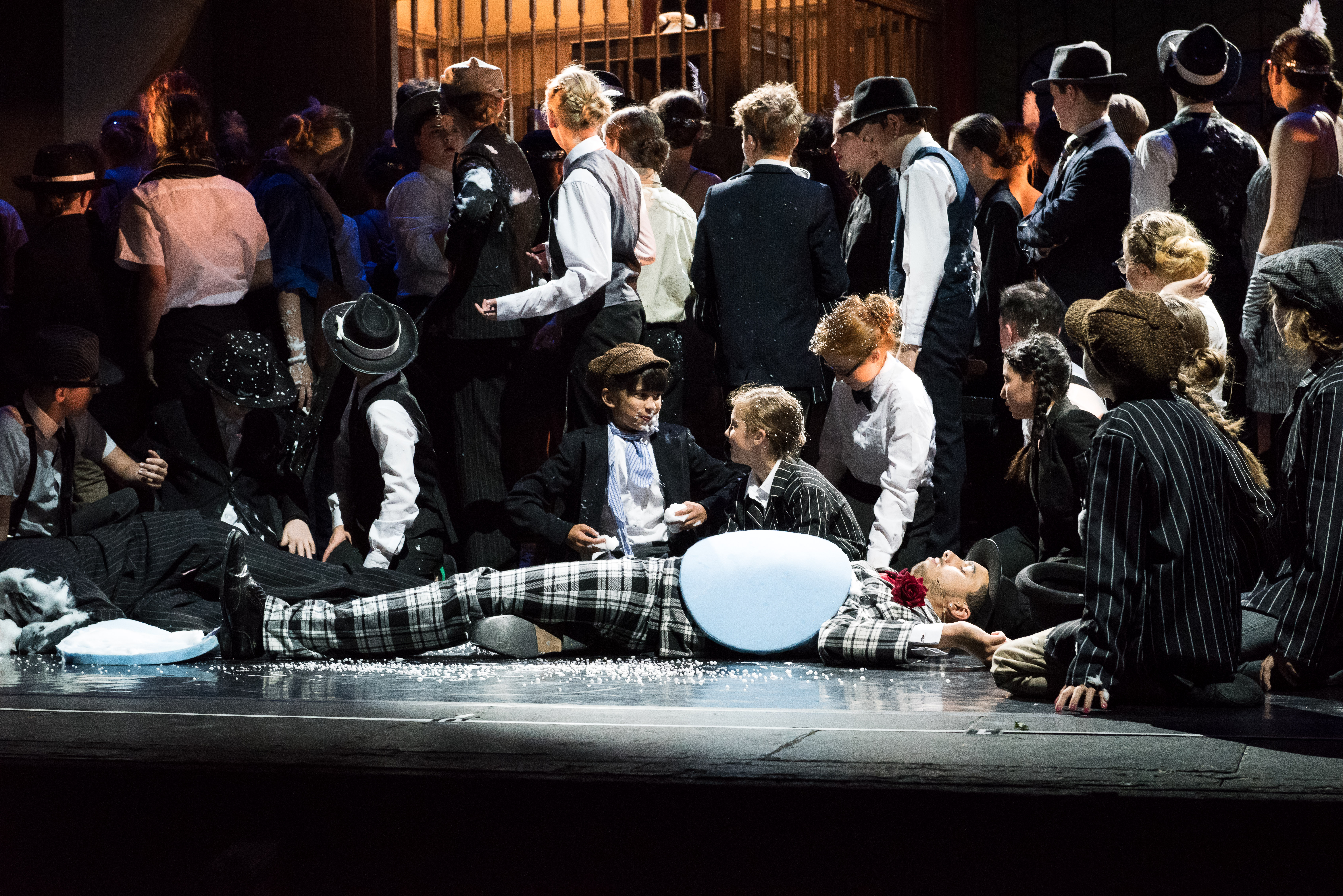 Director Robert Marsden, musical director Matthew Reeve (who has worked with Marsden on past Stage Experience productions) and choreographer Bethany Hague have ensured the whole cast is fully involved in the extravaganza that is Bugsy Malone. They use the many voices and bodies to great effect throughout, particularly at Fat Sam’s Speakeasy and when we are given a glimpse of the training sessions for would-be boxing champions.

The flapper girls at Fat Sam’s Speakeasy are dressed to perfection, with cute layered dresses and matching hairbands. They shimmy with jazzy confidence and light up the stage with their exuberance. While the flappers dazzle, extra recognition needs to go to those cast members dressed as waitresses who step out into the auditorium. They bop around (and valiantly try to keep singing) while balancing trays of drinks and being right in front of audience members – no easy task.

The boxing scene is another big ensemble number to be proud of. It comes later, in the second act, by which point the cast have really settled into their roles and are truly relishing their time under the spotlight. When all those kids storm onto the stage, dressed in their sporty attire and on a performance high, the simple but effective choreography is delivered with real punch! 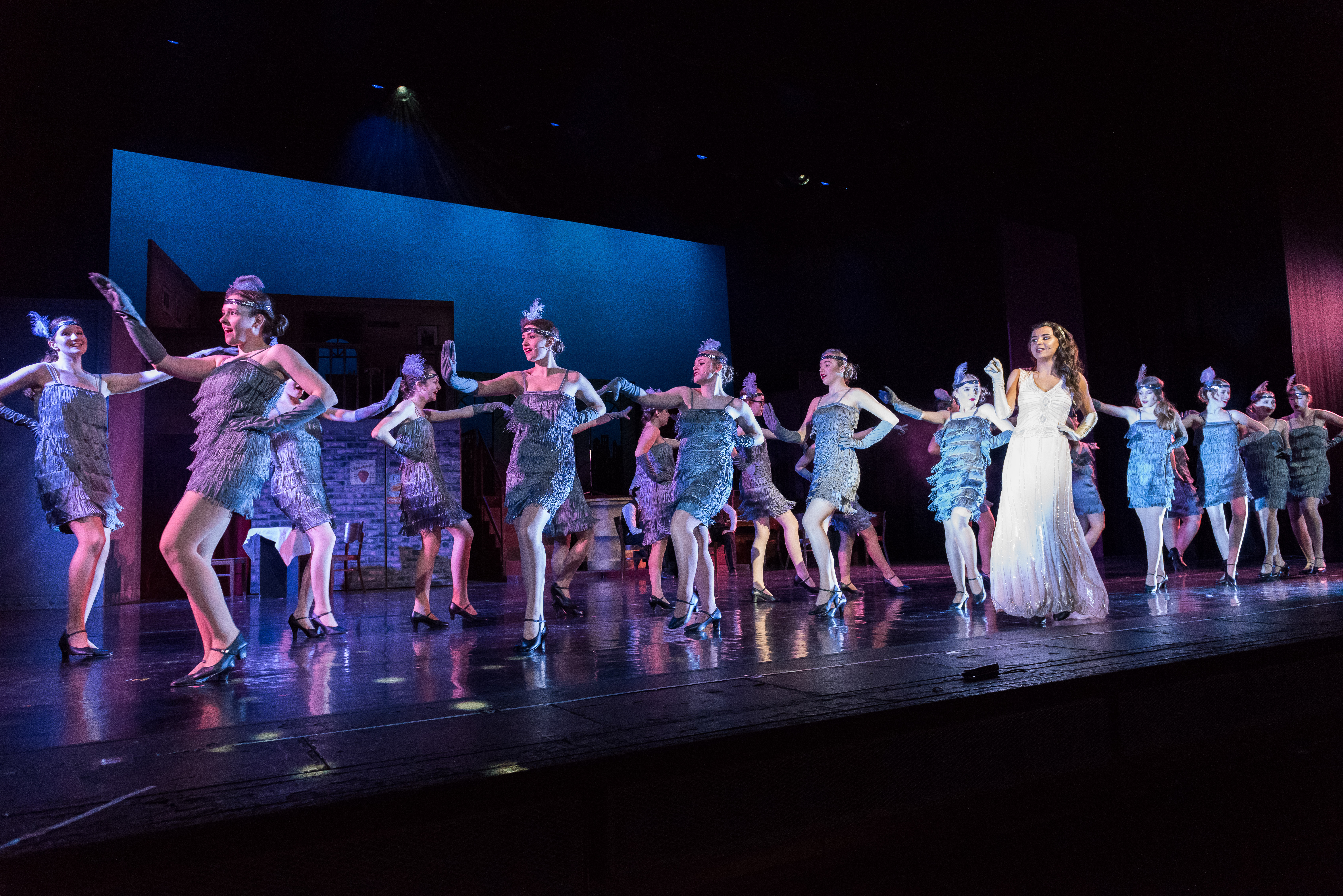 Songs including ‘Tomorrow’, ‘Bad Guys’ and ‘Feeling Fine’ are brilliantly delivered by the young performers. They sing joyfully while enthusiastically dancing their way through assorted routines. Whether partnering mops, breaking into tap sequences or putting on the razzmatazz with high kicks and jazz hands, everyone puts their best foot forward.

Stage Experience participants are, unsurprisingly, keen to return to the project each year so there are some faces I recognised from previous productions in the principal cast for Bugsy Malone. As younger children populate the ensemble, with older performers allocated the main roles, the Creative Learning team must have a real sense of pride when youngsters progress through the ranks.

The lyrics for ‘Bad Guys’ remind us that these kids could have been anything that they wanted to be, and that we are remembered for the things that we say and do. No doubt about it, the cast members of Bugsy Malone are the very best at being good Stage Experience participants and they will be remembered for being the stars of Milton Keynes Theatre this weekend! 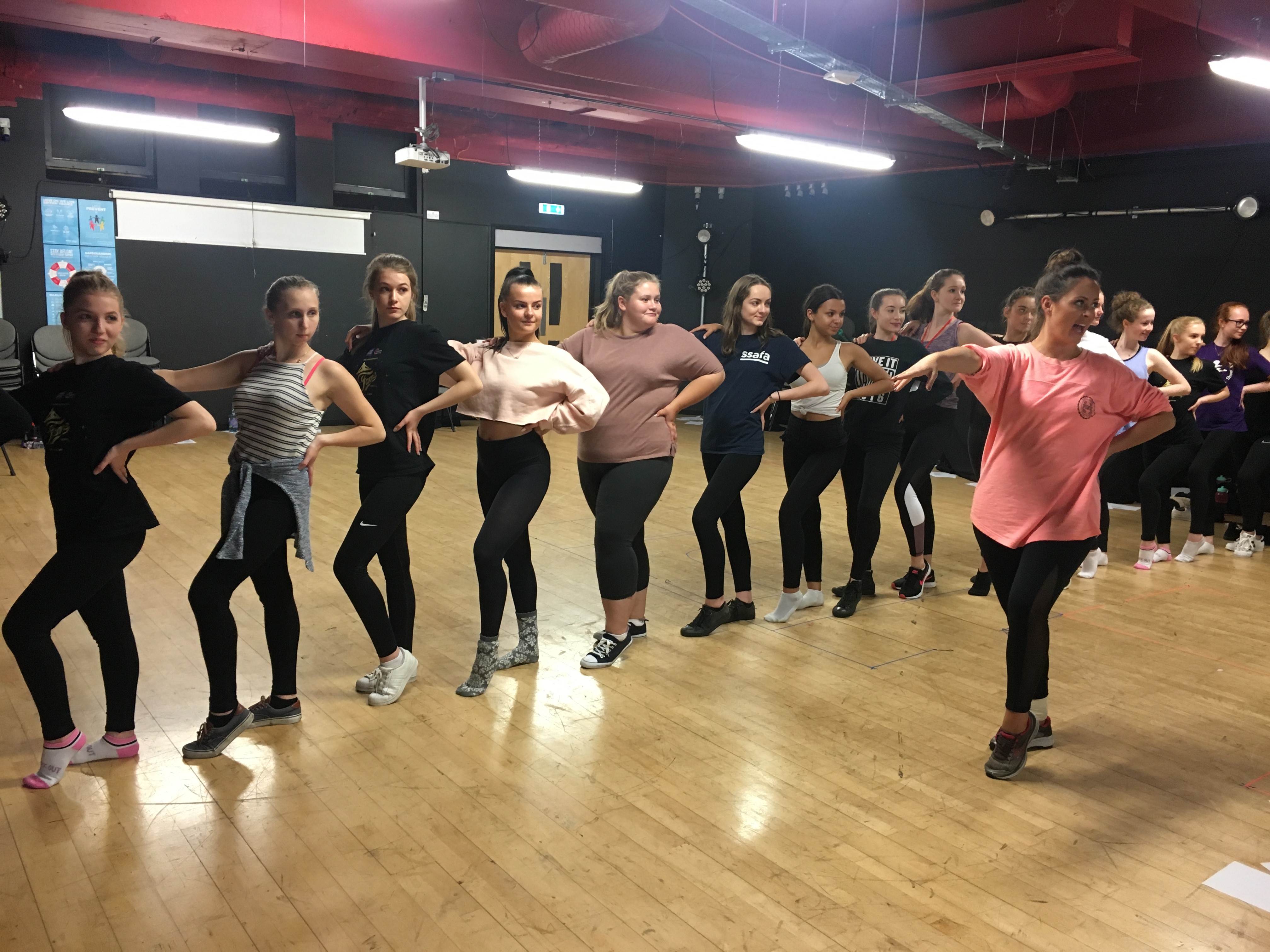 Visit the Creative Learning website to discover how you can get involved at Milton Keynes Theatre.