Dazzling dance musical An American In Paris is a breathtakingly beautiful show.

The acclaimed stage adaptation of the classic 1951 Hollywood film, which starred Gene Kelly and Leslie Caron, is directed and choreographed by Christopher Wheeldon. Widely admired on both sides of the Atlantic, thanks to his work with The Royal Ballet and New York City Ballet, Wheeldon is a seasoned master who skilfully uses the power of dance to drive the whole musical.

An American In Paris features an impressive array of dance styles and really seems to be the epitome of the maxim “why walk when you can dance?”. Everything moves with a spring in its step – from the radiant lead performers to the stunning sets – and there is a remarkable fluidity as the cast dance their way through the sensuous tale of art, friendship and love.

This lavish production certainly made me fall in love with dance all over again, and I thought I was already as besotted as it is possible to be! 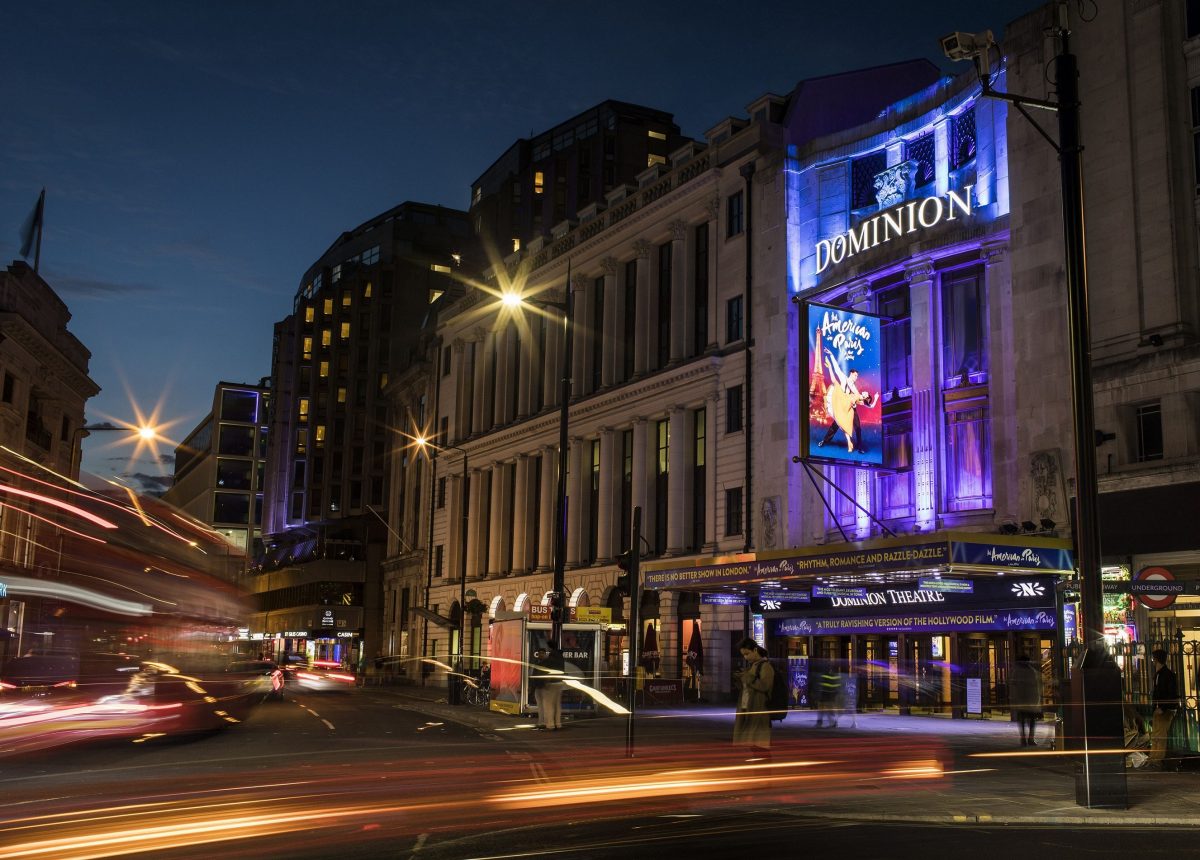 Wheeldon’s An American In Paris had its world premiere at the Théâtre du Châtelet in Paris on 22 November 2014. It ran until 4 January 2015, before opening on Broadway in March 2015 and transferring to the West End in March 2017. The production was written by Craig Lucas and is set in 1945, just after the liberation of Paris from Nazi occupation. This means Lucas’ interpretation of lyricist and librettist Alan Jay Lerner’s original screenplay revises the time-frame so that the action takes place earlier than the 1950s setting of the film. Lucas has also added extra substance by providing a more refined backstory to explain the relationships between the main players.

Although there are still swastika flags brazenly hanging and citizens remain apprehensive about who might overhear their conversations, the narrative is infused with an endearing post-war optimism. Paris is yearning for a shiny new beginning and so are the characters we meet.

The American of utmost significance is Jerry Mulligan, a young American soldier who has stayed in Paris following the end of the Second World War to pursue his dream of becoming a successful painter. The plot centres around his chance encounter with a beautiful young ballet dancer named Lise Dassin, a passionate but mysterious girl (eventually revealed to be of Jewish heritage) who has experienced more than her fair share of sadness. Jerry swiftly falls head over heels in love with Lise and actively pursues her in enigmatic – and energetic – style.

Lise seems to be charmed by the exuberant expatriate’s efforts but her secret past repeatedly holds her back. Ultimately, the whirlwind “will they, won’t they?” romance that develops sees Lise torn between obligation and being true to herself. This theme is also explored in the concomitant storylines for struggling composer Adam Hochberg and aspiring cabaret singer Henri Baurel. Indeed, the message at the heart of this musical is the reminder that we must trust in ourselves, hold on to hope and always believe in a better future. 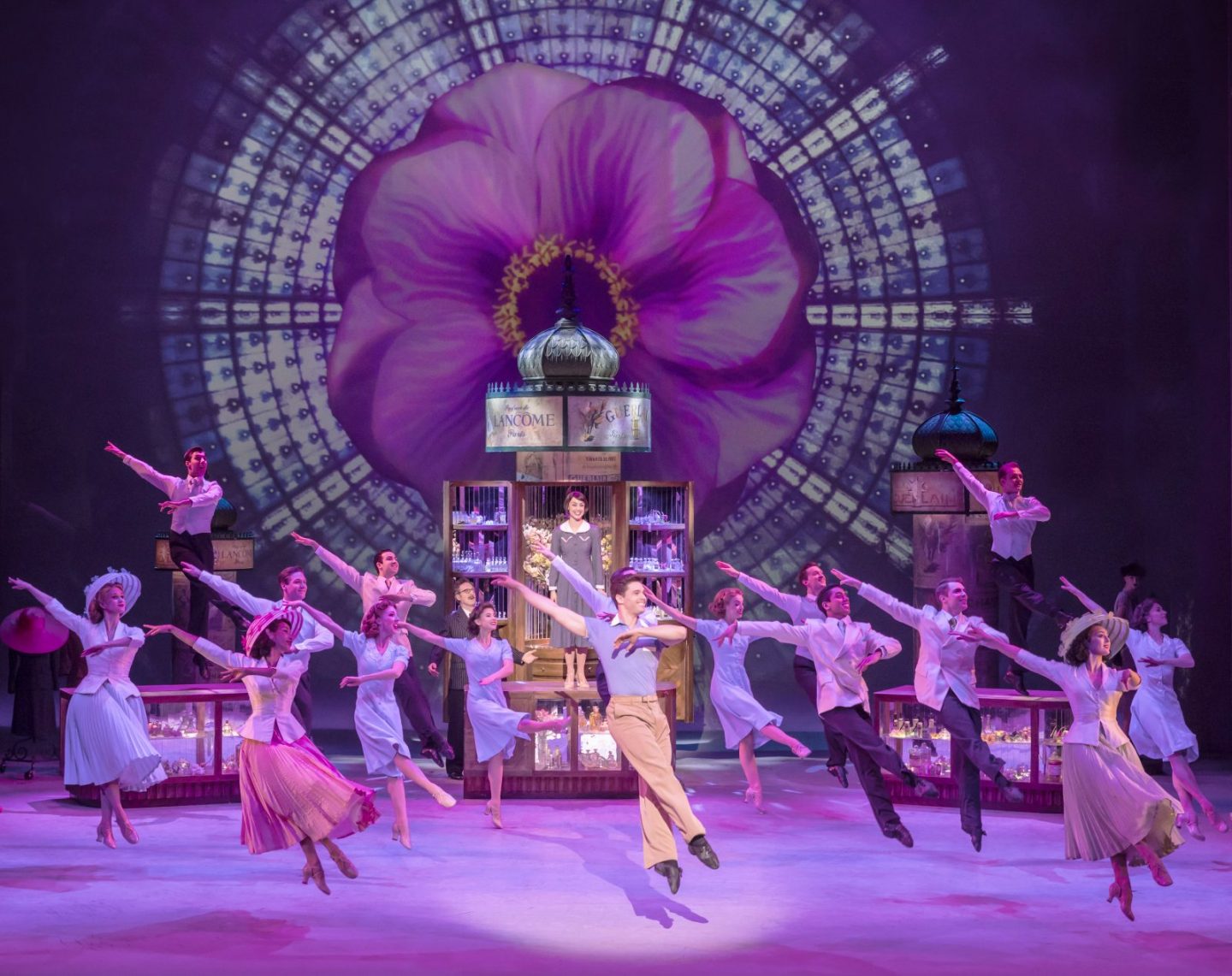 Joie de vivre sweeps across the whole stage thanks to Wheeldon’s entertaining and elegant ensemble choreography, set to a succession of gorgeous Gershwin tunes. The supporting cast members glide in a kaleidoscope of colourful movement. They carry us through the ups and downs of the story and seamlessly shift scenery so that each milieu deftly morphs into the next.

The choreography is always graceful yet never dull. Indeed, An American In Paris is essentially a gateway show between ballet and musical theatre. Wheeldon fuses classical Ballet vocabulary with influences from countless other styles, resulting in a bubbly Broadway vibrancy. There are bouts of rhythmical Tap. Passages of theatrical Jazz. Moments of impassioned Contemporary. A sophisticated Waltz. Bursts of lively Jive and fun-loving Charleston. A tantalising taste of Tango. High-kicking Can-Can and sassy Showgirl sequences. A hip-wiggling Samba/Salsa combination. Wheeldon’s choreography really does blend balletic bravura with a bit of everything!

Every note sung is superb, and all the dancing is delightful. Still, we are treated to particularly effervescent performances from Leanne Cope as Lise and Ashley Day as Jerry.

Leanne Cope is a former First Artist with The Royal Ballet who has danced in all the major classics and created several roles with artist in residence Liam Scarlett. Wheeldon chose her to originate the role of Lise and I can see why. Cope has a beautifully natural quality to her dancing and your eye is always drawn to her. An American In Paris is ultimately a dancer’s show but Cope’s singing voice is crisp and sweet; her acting is believable. Effortlessly elegant in every scene, she shines.

Ashley Day is an experienced West End triple-threat performer. As the dashing Jerry, Day has more singing and acting to do than Cope and he pulls it all off with a youthful exuberance. Together, the exquisite, ballet-trained leading couple serve up some swooning duets. Elsewhere, Day is particularly brilliant in Fidgety Feet, a funny and inventive number about going stir-crazy at the theatre. Without a doubt, your own toes will be tapping. Similar jazzy verve is seen from Day in the spirited I’ve Got Beginner’s Luck. Here, Jerry woos a reluctant Lise at the department store where she works. There are buoyant leaps, flashy turns and even twirling umbrellas in a nod to another classic Gene Kelly musical, Singin’ in the Rain. 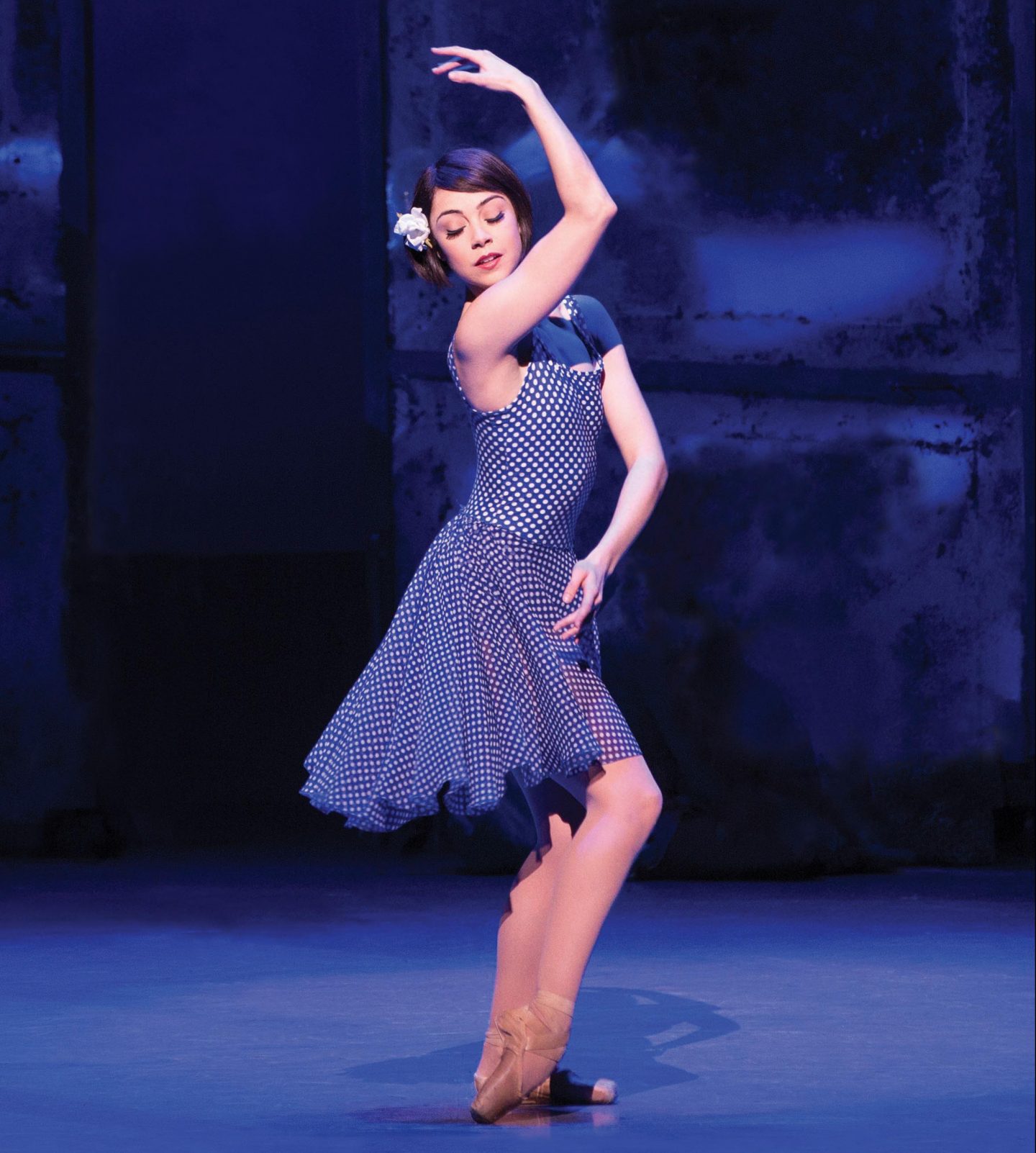 An American In Paris really is grand escapism at its finest. The show is uplifting in a way that truly illustrates the healing power of the arts, both through the narrative and in the production elements. Music, painting and dancing offer a means of expression for the characters, while Bob Crowley’s stunning designs capture the spirit of Paris when the city is boldly reignited and seen through Jerry’s eyes as a painter. The sets and costumes are stark and dark to begin with, becoming increasingly fanciful (think geometric shapes and primary colours) as the artistic dreams of the Americans intensify.

Dance is undoubtedly at the heart of this production and there is endless movement on stage. Proceedings never feel stilted; there is no break in the narrative to awkwardly squeeze in a song and dance routine. The show flows seamlessly along so that we simply find ourselves in the middle of a glorious Gershwin number, with no disruption to the storytelling. The score includes the songs George and Ira Gershwin wrote for the 1951 film (such as ‘I Got Rhythm’, ‘‘S Wonderful’, ‘Stairway to Paradise’) but also works in extra Gershwin tunes (previously featured in Fred Astaire’s movies), including ‘I’ve Got Beginners Luck’ and ‘They Can’t Take That Away From Me’.

Put simply, An American In Paris is musical theatre at its most magical. The show boasts splendid singing, dreamy dancing, charismatic characters and wistful romanticism. It is so beautifully choreographed that even the designs dance. As the song says: who could ask for anything more? 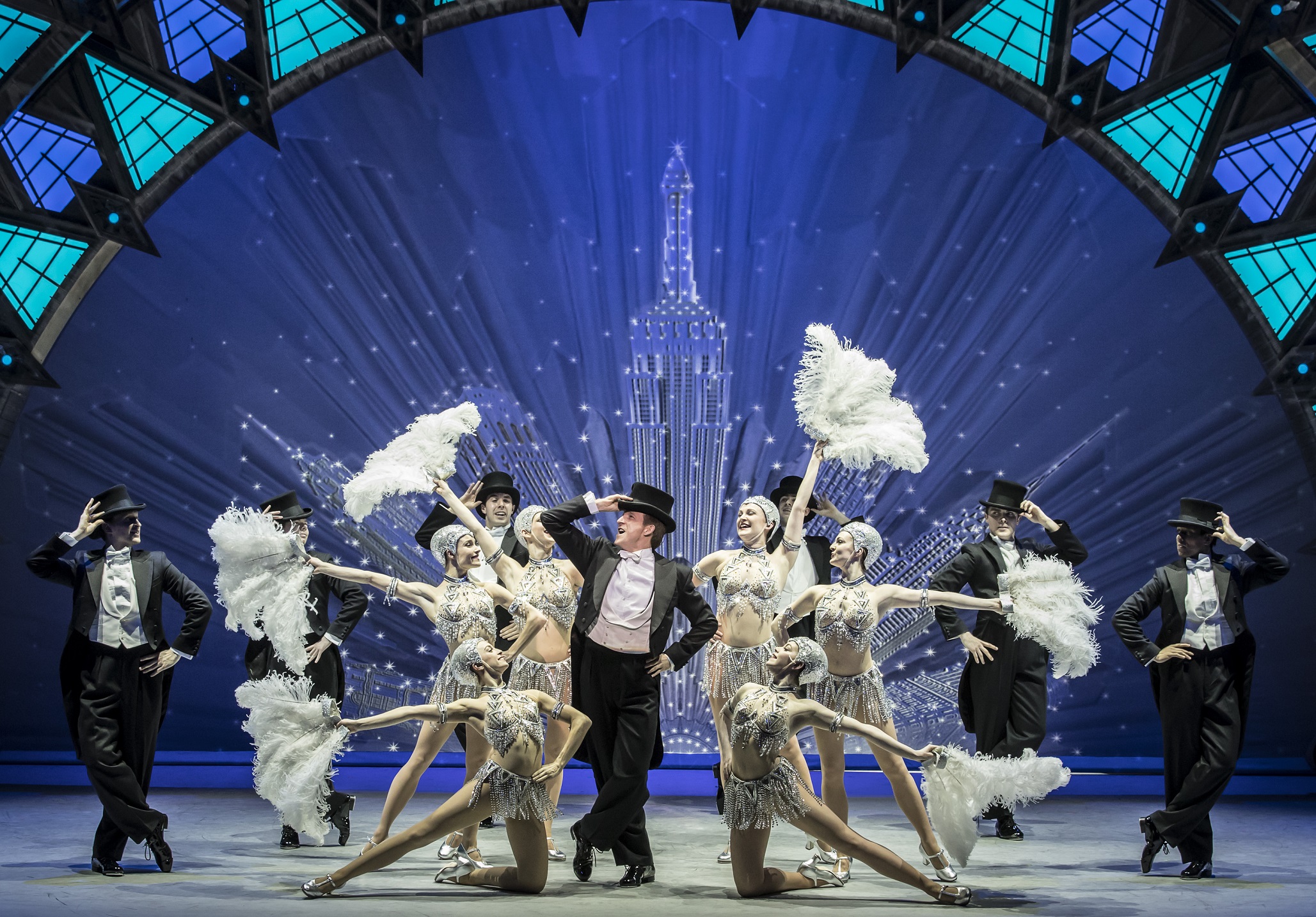 Approximate Running Time: 2 hours and 35 minutes including a 20 minute interval.

The production is suitable for a general audience and is recommended for ages 6+.

An American In Paris continues at the Dominion Theatre until Saturday 6 January 2018.