Panto can be predictable but there are some unexpected highlights in the gloriously excessive production of Cinderella at Milton Keynes Theatre.

Pitched as “The Fairy Godmother of all Pantomimes” this extravaganza certainly conjures up enough seasonal silliness and sparkly spectacle to entertain theatregoers of all ages.

The rags to riches tale of downtrodden Cinders and her life-changing visit to Prince Charming’s Royal Ball is being brought to the stage with no expense spared this time around. The big budget is unmistakably evident in the amazing assortment of sets, props, costumes, special effects and cameo appearances on display amidst the conventional chaos of panto. 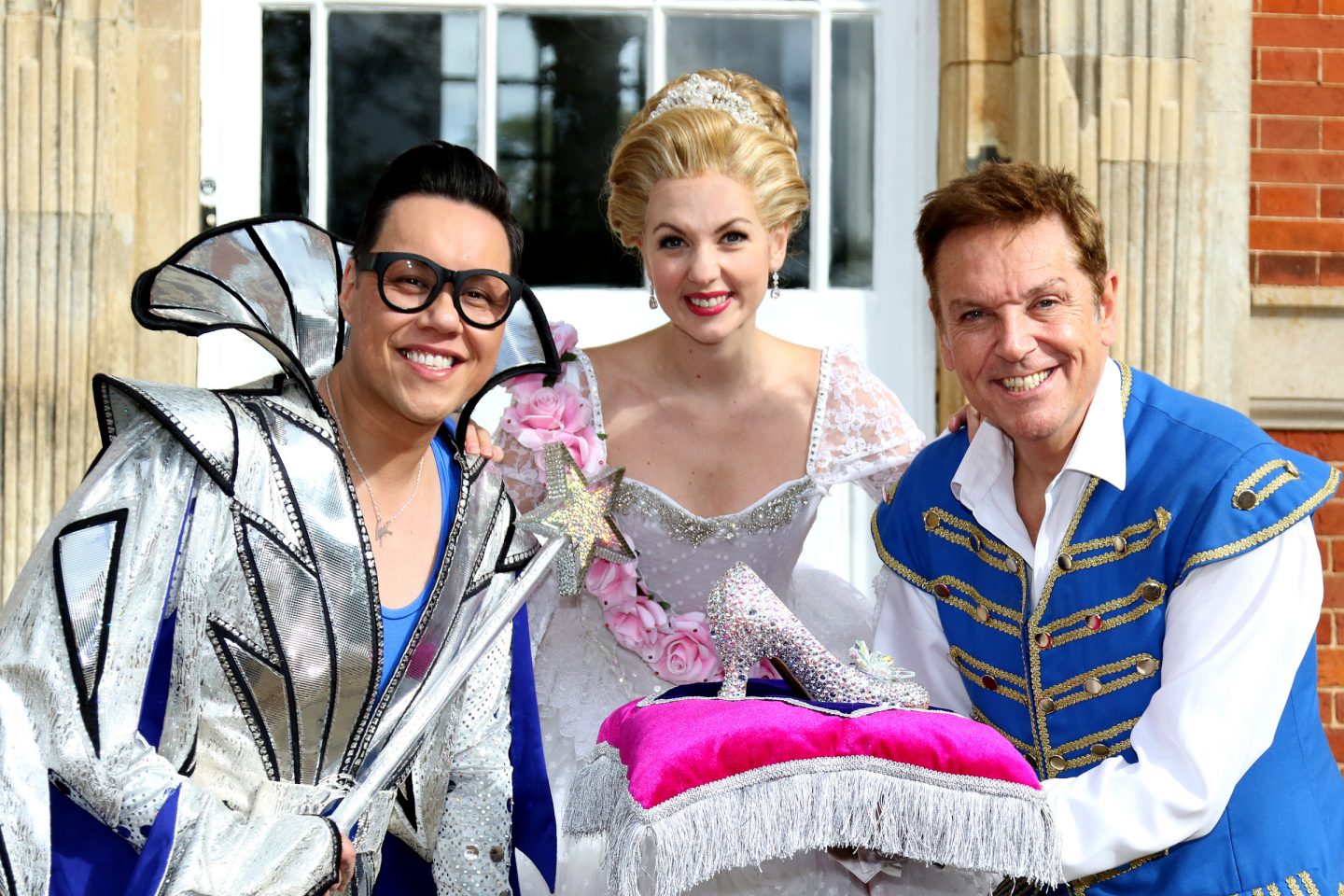 Heading the cast – and concocting the most mayhem – is comedian, presenter and all-round showman Brian Conley as Buttons. Last seen having a boogie in the ballroom on Strictly Come Dancing he appears to be back in his comfort zone in this panto, which he co-wrote with executive producer Michael Harrison. Brian clearly relishes every minute of being daft and is great with the young children who are plucked out of the audience to join him onstage.

An unforeseen, yet inexplicably amusing, chemistry is evident between Brian and style guru Gok Wan, starring as The Fairy Gokmother. Brian and Gok have done panto together before and obviously get on ridiculously well, which produces plenty of impromptu comedy moments for the audience to enjoy. At times, though, they indulge in too many private in-jokes. This results in them spluttering their lines through laughter and struggling to compose themselves after an abundance of ad-libbing.

Still, there are gags and giggles aplenty courtesy of Brian and it is refreshing that the format of the audience participation has been shaken up a bit since last year. We are involved from the off, with a practical joke played on the entire audience very early on in the show. Further teasing follows, most of which is amusing, if a little smutty. Brian has razor-sharp comic timing but some of the jokes do almost go too far. Notably, a few are quite dated; not least when Cinders exclaims that she is “speechless” and Buttons remarks that she will “make a perfect wife”. 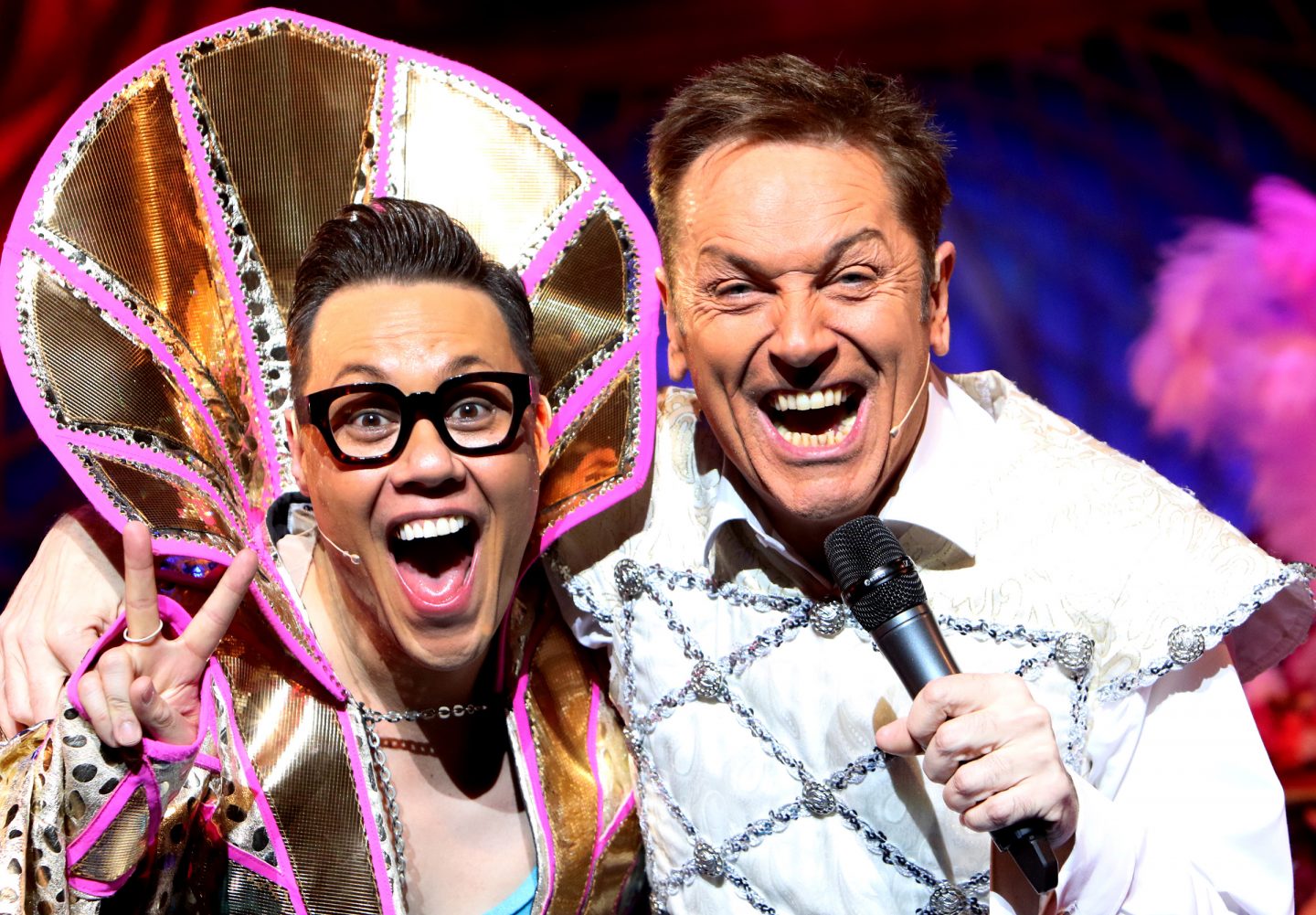 With shedloads of toilet humour (if you have seen the show already this reference will mean more than meets the eye on a first reading), slapstick physical comedy and countless one-liners, it’s impossible not to laugh. All the clowning around might not appeal to everyone all the time, but there is so much crammed in that amusement is unavoidable.

The Ugly Sisters (played by Ben Stock and Neal Wright) are called Tess and Claudia. They wear the most outrageous outfits and insist that they are “gorgeous” but no one is fooled! The naming of the Ugly Sisters is just one of several nods to a certain Saturday evening entertainment show.

Of course, Cinderella is the gorgeous girl we should be rooting for in this story and our Cinders (Lauren Hall) is pretty in every way – as is Prince Charming (Matthew Goodgame). These two patiently keep the romance and narrative on track, even if their personalities are repeatedly overshadowed by the antics of the more boisterous Buttons. 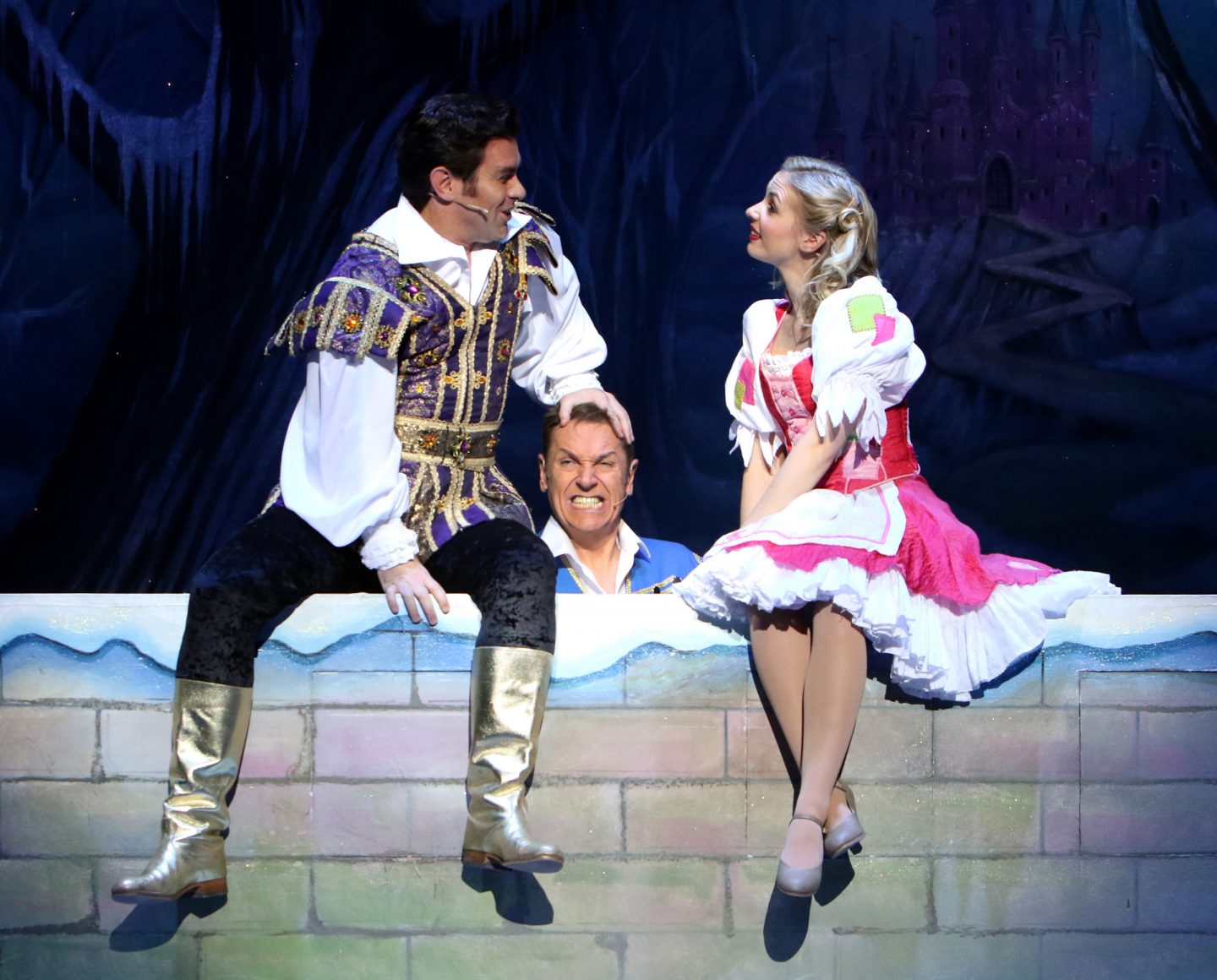 The stars of the show aside, ticket-holders’ expectations should be particularly high with regards to production values. Everything glitters and gleams; nothing is presented to us without lashings of showbiz confidence and theatrical wizardry.

You simply cannot help but be impressed. Blown away by the flying pumpkin carriage (it hovers above the stalls before drifting up towards the rafters). Charmed by the relatively random (but audience pleasing) addition of a couple of live animals – Tuppence, a sweet Shetland pony, and Charlie, a horse who must be the cleverest charger in pantoland. In awe of Cinderella’s magical makeover (one spin and her plain pinafore transforms into the most magnificent party frock!).

Visually, every element of Cinderella pops with colour and vibrancy. The big group numbers look and sound great, filling the stage with action in between Brian’s show-stealing shenanigans. The ensemble, accompanied by junior performers from Dancebox Studios, deliver choreographer Matthew Cole’s lively dance routines with oomph and good cheer. Music-wise there are tunes to suit all tastes, with a variety of charts hits, old classics, reworked favourites and original ditties thrown into the mix.

This year’s offering may well be the most extravagantly staged pantomime Milton Keynes Theatre has ever hosted. We go to the panto for fun and laughter and to indulge our silly side so Cinderella is a definite Christmas cracker. Just don’t take anything too seriously and you’ll have a ball! 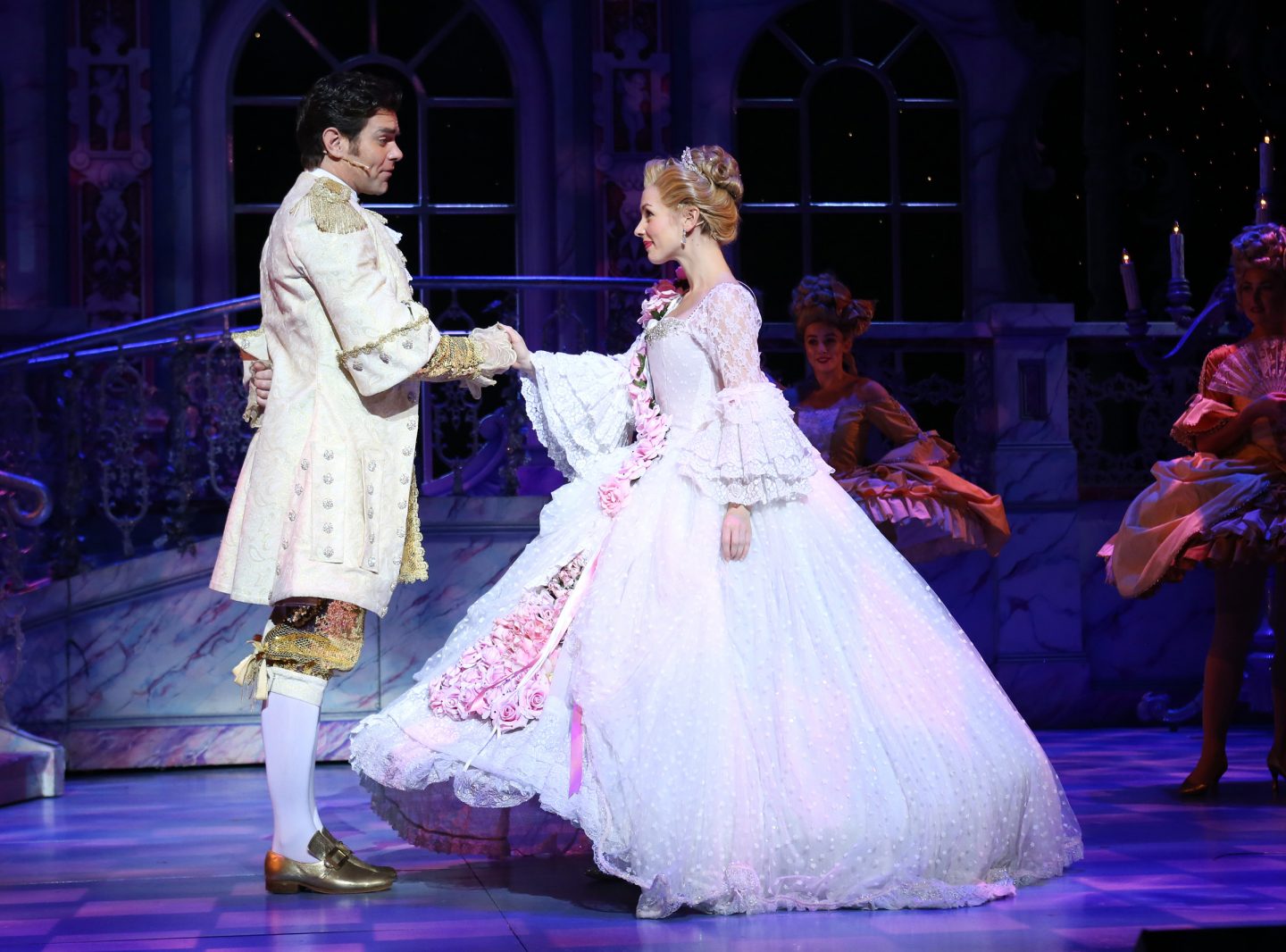