Fans of fantasy and magic can look forward to diving into an immersive new production when Northern Ballet presents The Little Mermaid at Milton Keynes Theatre this month.

The Leeds-based touring company is known for turning beloved stories into full-scale narrative ballets, using the expressive power of dance to meaningfully connect with audiences.

Tapping into the current zeitgeist for all things enchanted (fantastical creatures like unicorns and mermaids have surely never been so popular), the troupe of classically-trained dancers is currently making a splash bringing Hans Christian Andersen’s aquatic fairy tale to life. 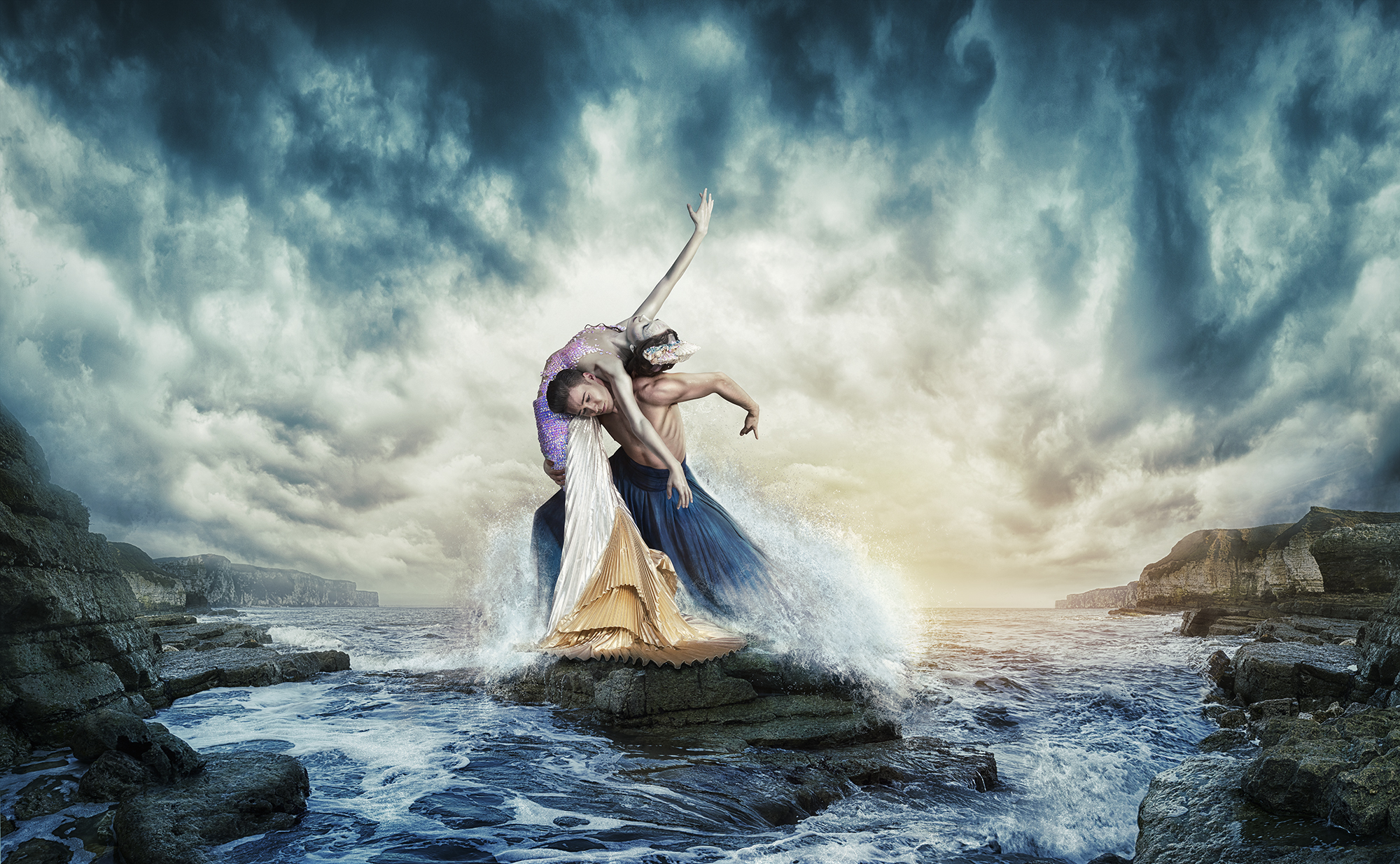 The creative mind behind Northern Ballet’s The Little Mermaid is the company’s artistic director, Canadian choreographer David Nixon OBE. His reimagining of the childhood classic takes us on a journey deep beneath the waves to a mystical underwater oasis.

Lovely little mermaid Marilla is the youngest of three mermaid sisters. She yearns to swim to the surface with her siblings to look for trinkets from the human realm in the ruins of ships, but they tell her she is too young. Left behind, she sings her beautiful songs and contemplates the world above.

Marilla’s sisters return with a locket which Marilla opens to reveal a portrait of a young human man. Already curious about life beyond the ocean, and now captivated by the man in the locket, Marilla decides to swim to the surface.

When Marilla finds – and falls madly in love with – the young prince whose picture was hidden in the locket, she is desperate to stand beside him as his sweetheart. Drinking a potion allows her to swap her underwater oasis for life on dry land with legs. However, it also leaves her without a voice and in terrible pain.

Marilla gives up everything she knows to live a human life. But will making such a sacrifice be enough to help this little mermaid become a part of her true love’s world in the way she wishes?

Northern Ballet’s production embraces the dark themes of Andersen’s original story, so audiences should not expect a trouble-free happy ending. The ballet’s narrative goes deeper than the Disney version; this is a heart-rending tale of enchantment, wonder and unrequited love.

Nixon’s The Little Mermaid premiered in Southampton last September and is the third in a trio of brand new full-length ballets produced by Northern Ballet in 2017. The other two ballets – Casanova and The Boy in the Striped Pyjamas – were presented at Milton Keynes Theatre and Aylesbury Waterside Theatre, respectively, last year.

The exquisite costumes for The Little Mermaid (which include shimmering mermaid tails adorned with countless hand sewn iridescent scales) were dreamt up by Nixon. The sets are designed by Kimie Nakano, the lighting has been devised by Tim Mitchell and the action is danced to an original score by composer Sally Beamish.

Swimming into the new city at the tail-end of its world premiere tour, this seductive new deep-sea ballet is sure to tempt ballet aficionados and newcomers alike.