‘Tis the season to be silly and this year’s pantomime at Milton Keynes Theatre is a cheerfully chaotic take on Robin Hood.

Furthermore, in a more forward-thinking fashion to complement the old-school theatrical magic, Qdos Entertainment also incorporates an innovative 3D cinema interlude and uses thrilling technology to add a life-sized dinosaur to the mix. Madness? Yes, but this is pantomime so anything can happen! 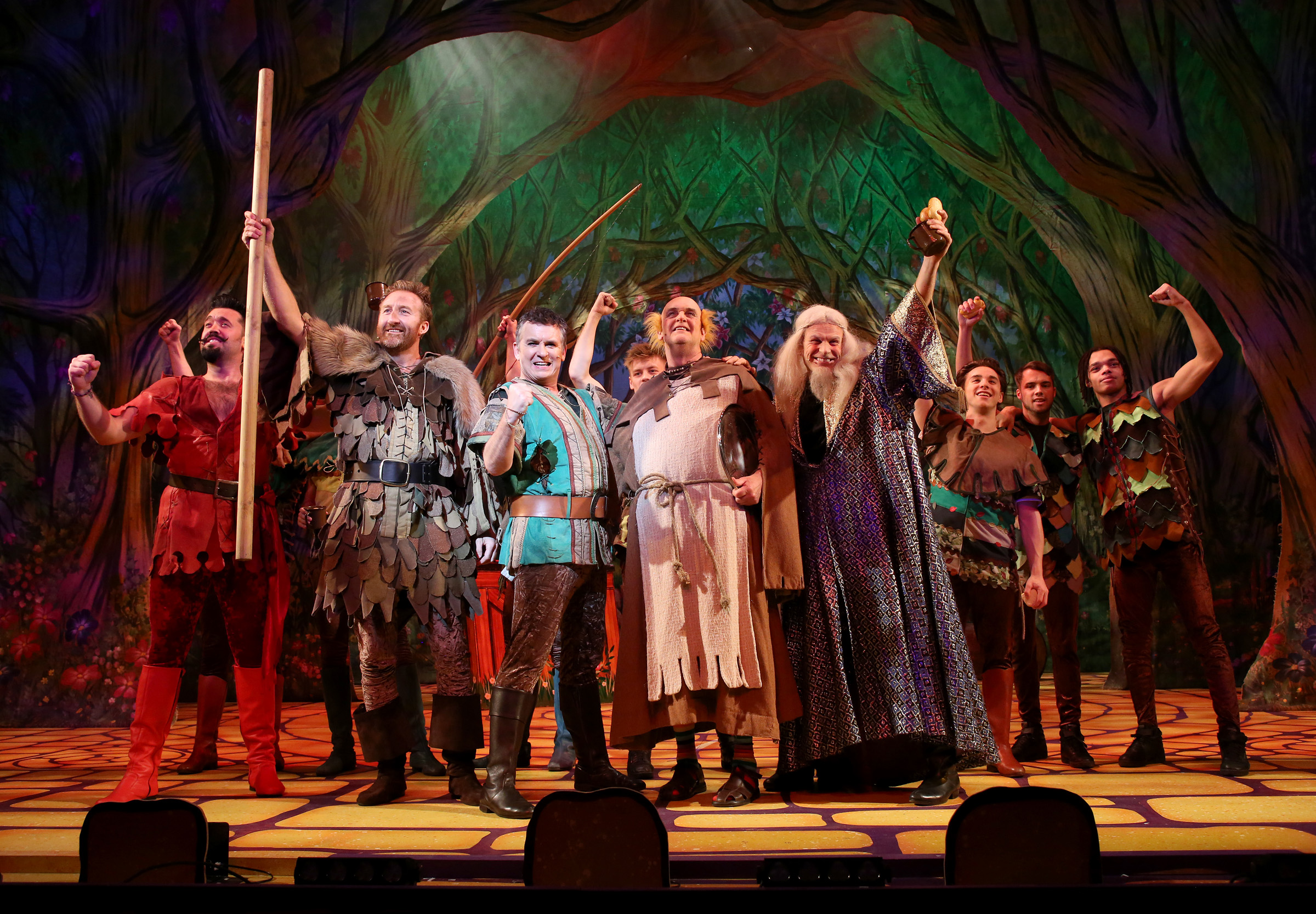 Soap actor Shane Richie takes the title role, swapping EastEnders’ Albert Square for a Christmas getting up to well-meaning mischief in Sherwood Forest. Richie is currently making a surprise return to our television screens as Walford’s lovable rogue Alfie Moon and his cheeky chappie charisma as Robin Hood is not particularly dissimilar to Mr Moon’s personality. Still, once we have established that he is not Alfie in this show, Richie’s warmth and wit keep him on target as a playful panto principal.

On press night, Richie seemed to be full of cold, but this did not hinder his readiness to keep his castmates on their toes with adlibbing and the odd burst of apparently unscripted attention-seeking. His banter with comedian Peter Piper as Friar Tuck is upbeat and amusing, even if at times the jokes do get a little smutty.

Audience participation occurs early on in this pantomime. Before the show has really gathered any momentum, Piper is gleefully wielding water pistols of increasing magnitude (those sat in the front rows of the stalls may well get wet) and an unsuspecting spectator is called upon to assist Richie with his flirting technique up on the stage. Later, the obligatory line-up of cute children results in everyone in the auditorium warbling along to Village People’s YMCA (complete with the armography, obviously!). 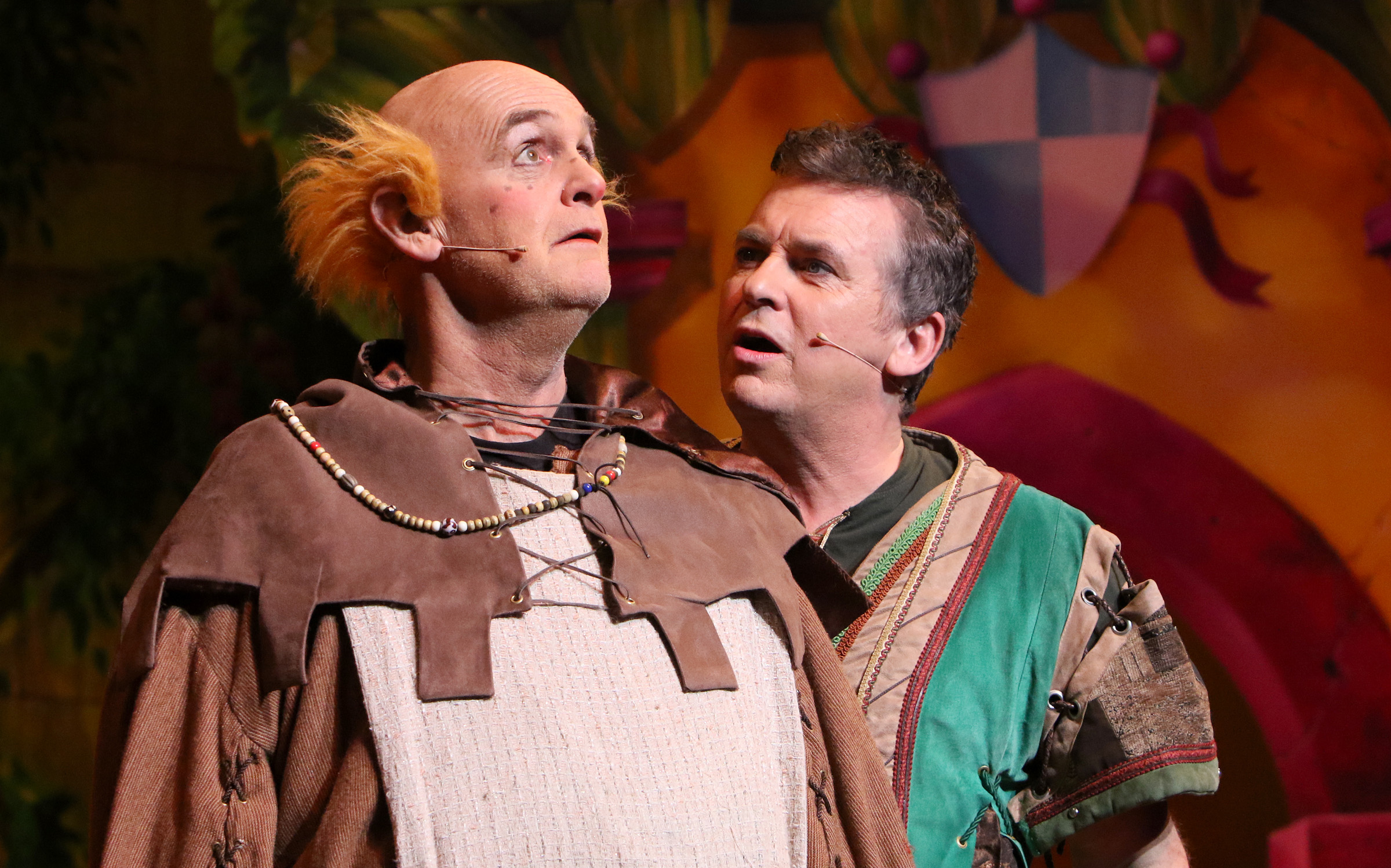 The difficulty with Robin Hood is that there is not much of a narrative, so the scenes can feel tenuously strung together at times. Richie’s Robin is in love with Maid Marion (Zoe George), who is captured by panto baddie The Sheriff of Nottingham (Pete Gallagher). An archery competition and a few mishaps later, Robin is reunited with Maid Marion and they marry – in a final scene that lacks any singing or dancing, or even a kiss. Indeed, Maid Marion is pretty enough but does not lead a routine or do anything of any significance. It seems a shame that the character is not afforded an opportunity to make more of an impression, particularly for little girls in the audience.

Panto magic comes courtesy of Merlin the Magician. Played by real-life magician Phil Hitchcock, Merlin certainly does make an impression, dazzling audience members of all ages with phenomenal pyrotechnics and spellbinding sorcery. During his performance in the second act, Hitchcock has some particularly amazing tricks up his sleeve. Cleverly conjuring up doves, he leaves us under no illusion that he is a master of his art.

Exciting and energetic entertainment is provided by slapstick acrobatic act The Acromaniacs. This quirky quartet of international gymnasts and tumblers literally throw themselves into being The Merry Men. Showcasing slick, split-second timing, they take it in turns to launch themselves into the air from a trampette, somersault over a box and slam onto a crashmat. Although this circus element does not really add much to the narrative, it has the wow factor – and gives gentle giant Little John (Jamie Kenna) the chance to generate lots of laughs with his comical clumsiness as he tries to keep up with the troupe’s sporty shenanigans. 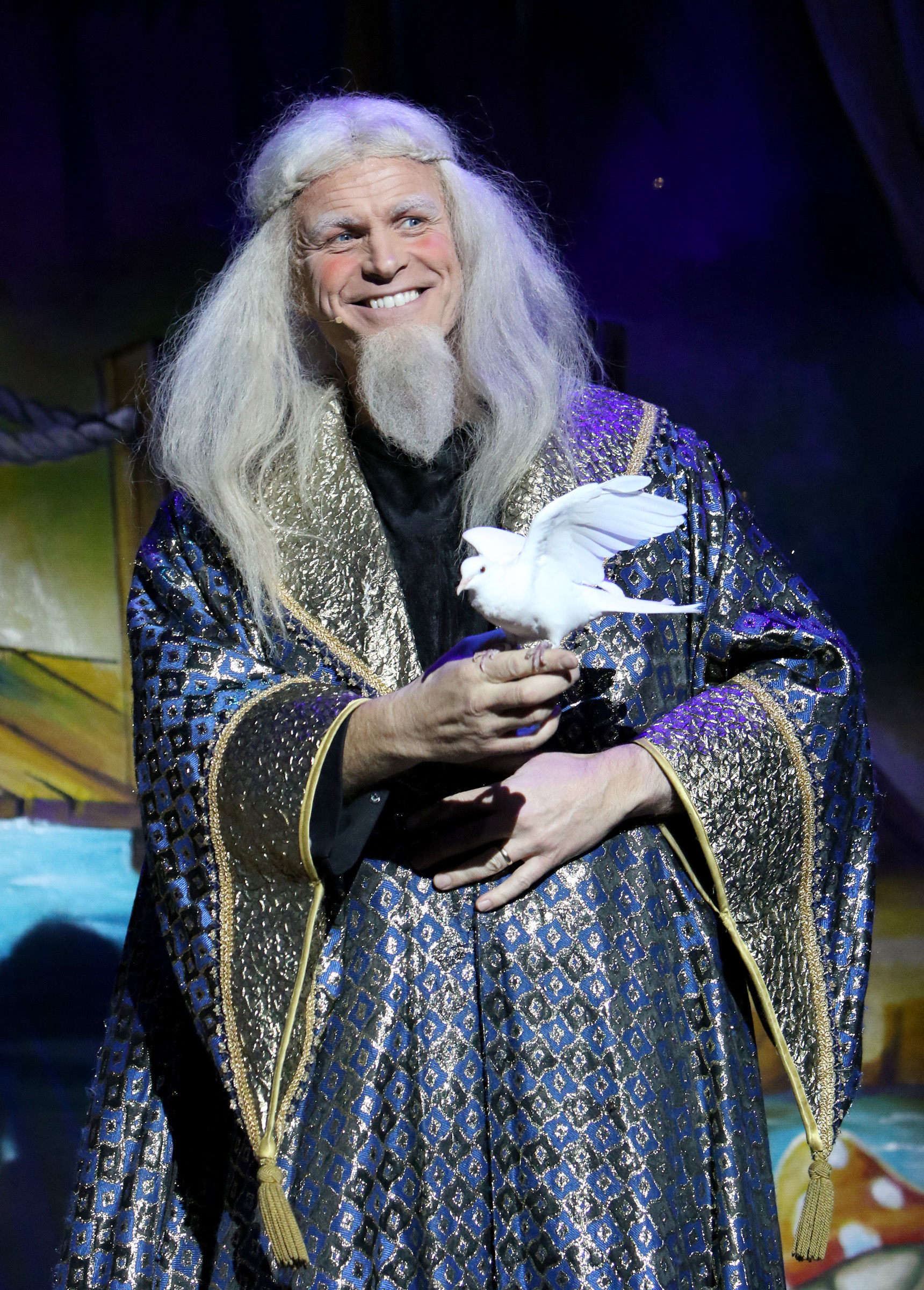 Gina Murray carries a tune beautifully as The Spirit of Sherwood. In fact, her vocals and professionalism play a big part in keeping this pantomime the pleasurable side of pandemonium. Entering in a puff of smoke, and waving a silver magic wand, The Spirit of Sherwood’s sparkling presence certainly offsets some of the more crude and frenzied moments. She is also a reassuring sight to behold after we journey through a creepy-crawly filled forest during the 3D cinema clip.

Parents probably ought to consider whether very young children might find the special effects in Robin Hood too much as the show is somewhat more dark, dramatic and droll than it is glitter, glee and giggles. Still, overall, this is another entertaining family pantomime from a theatre that always delivers festive fun.