It felt very real. Candid. I watched that DVD just the one time but Once seen, never forgotten. It left a lasting impression. So much so, I wondered whether this straightforward – albeit spellbinding – screenplay would adapt to the stage. 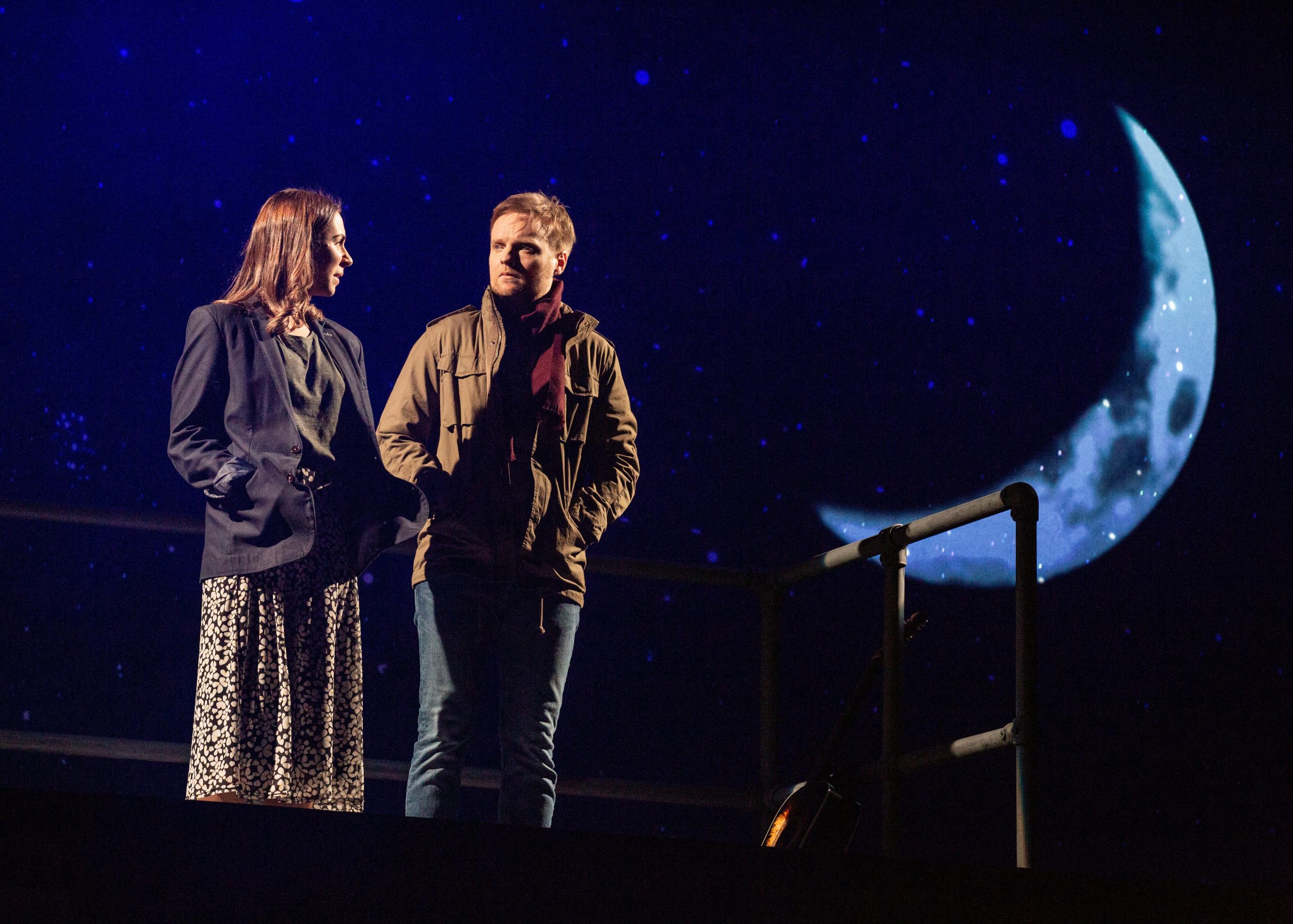 The entertainment starts early with a pre-show performance that unobtrusively slips into the production proper at the advertised time. The stage is furnished as a crowded Irish pub and the cast let loose with a singalong while theatregoers enter the auditorium. This informal opening sets the tone for the evening, echoing the way the film felt like an intrusion into strangers’ lives.

We are swiftly immersed in the undeniable chemistry between two lost souls. “Guy” is a guitar-strumming busker whose ex-girlfriend has jetted off to New York in pursuit of a better life. Wallowing as he warbles, he is ready to give up on his dream to be a singer-songwriter and settle for his day job as a hoover repairman.

Enter “Girl”, a boundlessly optimistic young Czech woman with a penchant for playing the piano. And, opportunely, a broken hoover.

“Girl” is in limbo thanks to the complicated reality of being wife to an estranged husband and mum to a little girl. Still, she takes it upon herself to help “Guy” make the most of his talent and revive his lost relationship. It’s obvious to everyone except these two charmingly vulnerable characters that they have a connection. As their bond develops, so does their outlook on life – and love. 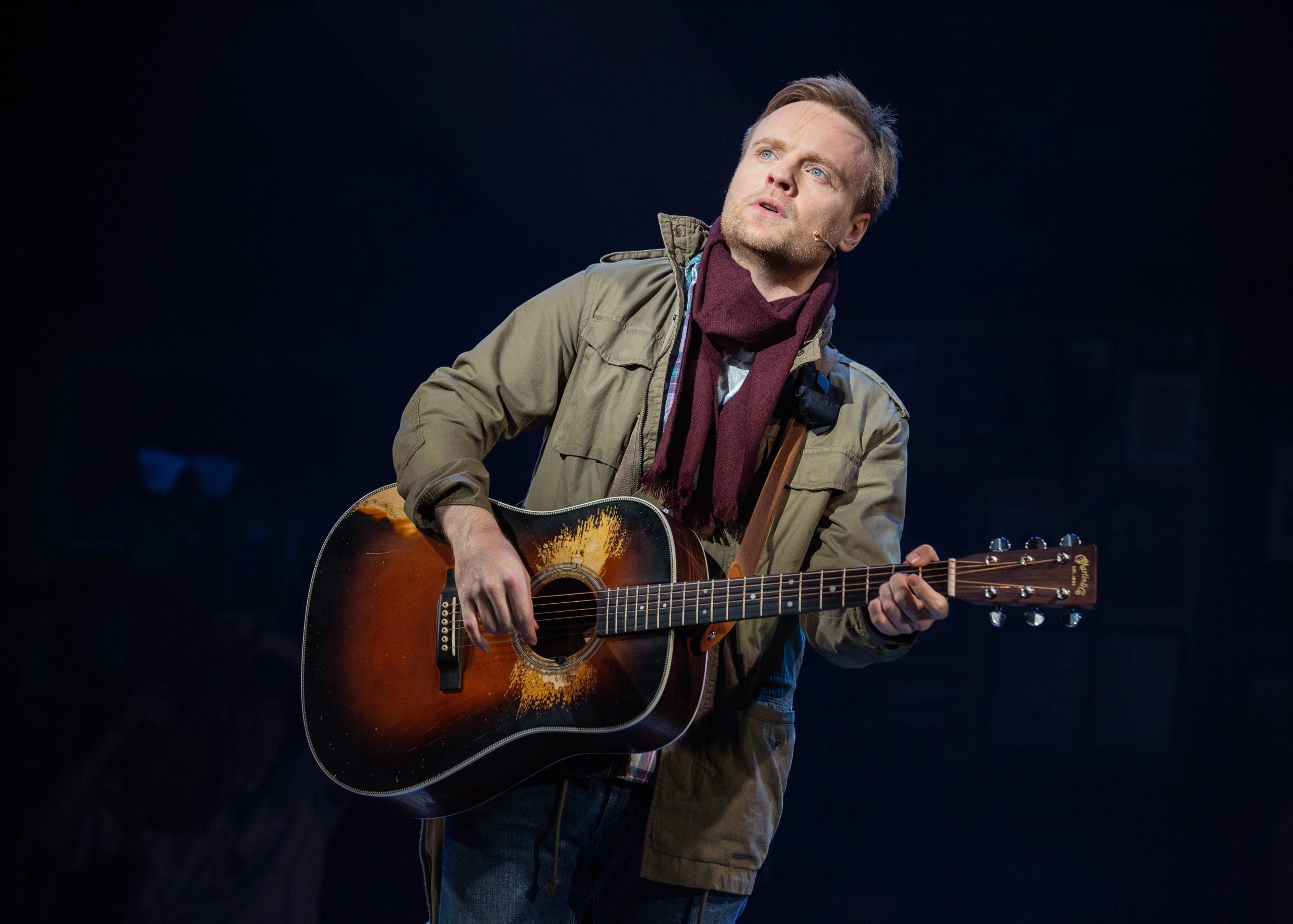 Daniel Healy and Emma Lucia are captivating as “Guy” and “Girl”. Healy is convincingly guarded, mellowing as Lucia’s fabulously forthright “Girl” encourages him to listen to his heart. He plays guitar. She plays piano. Their voices soar. It’s impossible not to fall for them.

All the actor-singer-musicians in Once jam with such ease and sincerity that lush ballads, lively jigs and traditional reels harmonise with the quiet unfolding of the characters’ everyday lives. These lovers and dreamers are making music for each other, not us.

Director Peter Rowe and choreographer Francesca Jaynes have pitched the staging and movement perfectly. The ensemble players stamp their feet and restlessly embody the highs and lows of the ‘will they, won’t they?’ vibe between the two leads. Centre stage, “Guy” and “Girl” awkwardly sidestep potentially tactile encounters. They share a few self-conscious hugs and just one short-lived suggestion of a kiss. 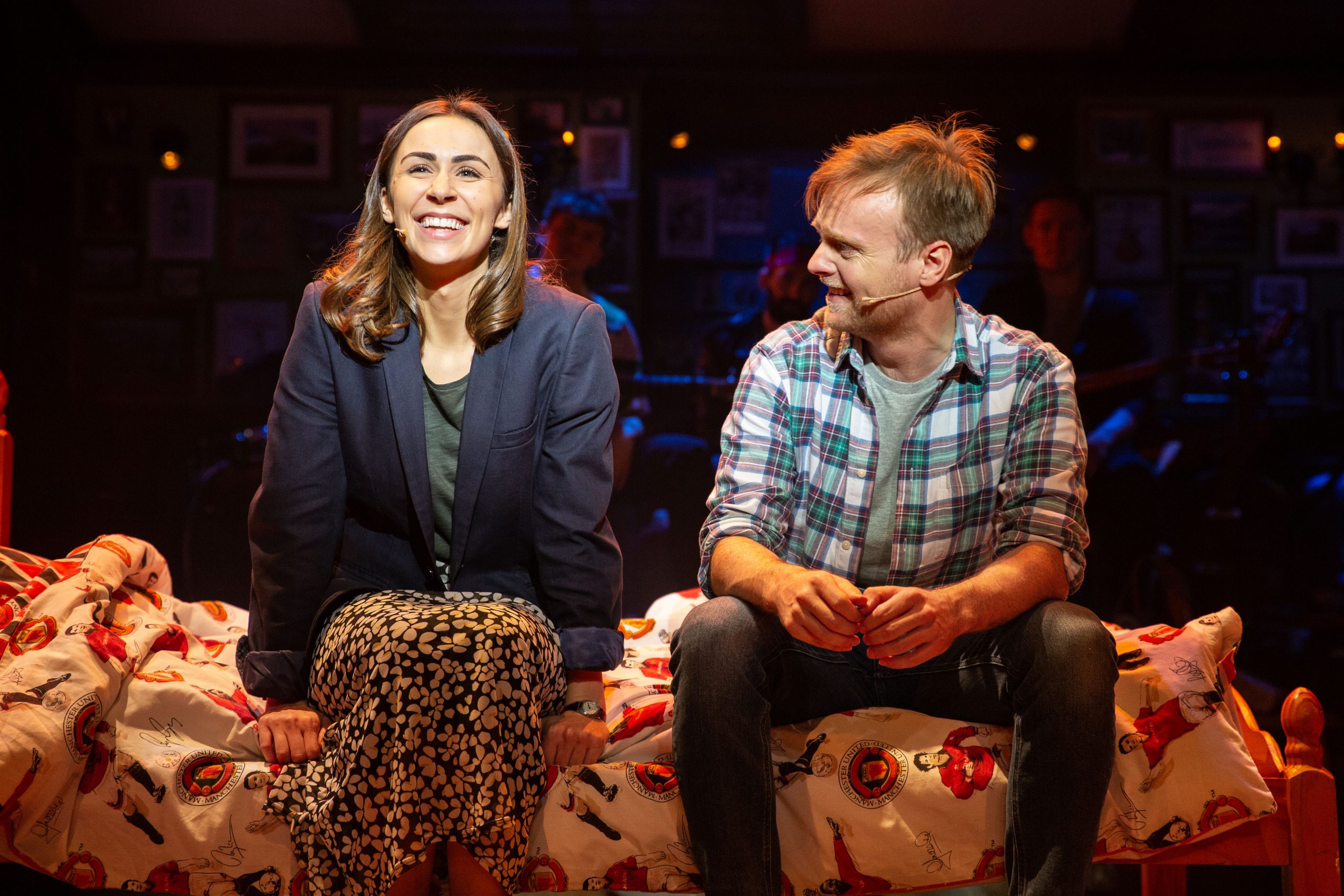 All the melodies are impassioned, easy on the ear, and written by the film’s stars, Glen Hansard and Markéta Irglová. The stand-out song is ‘Falling Slowly’, an Academy Award winner that is essentially the Once theme. It is reprised throughout the show, but we are initially treated to it as the first song that “Guy” and “Girl” play together.

They start softly, hesitantly, but quickly grow in confidence. One by one, the entire cast joins in, creating a soulful symphony of instruments and voices. The music swells to a striking crescendo before fading away, leaving just “Guy” and “Girl” on the guitar and piano once again.

Lonely, but together. Different, but the same.

Once is a story about ordinary people finding a voice and waking up to missed opportunities. It’s a valentine to music, friendship and sacrifice. You need to see this musical at least once. 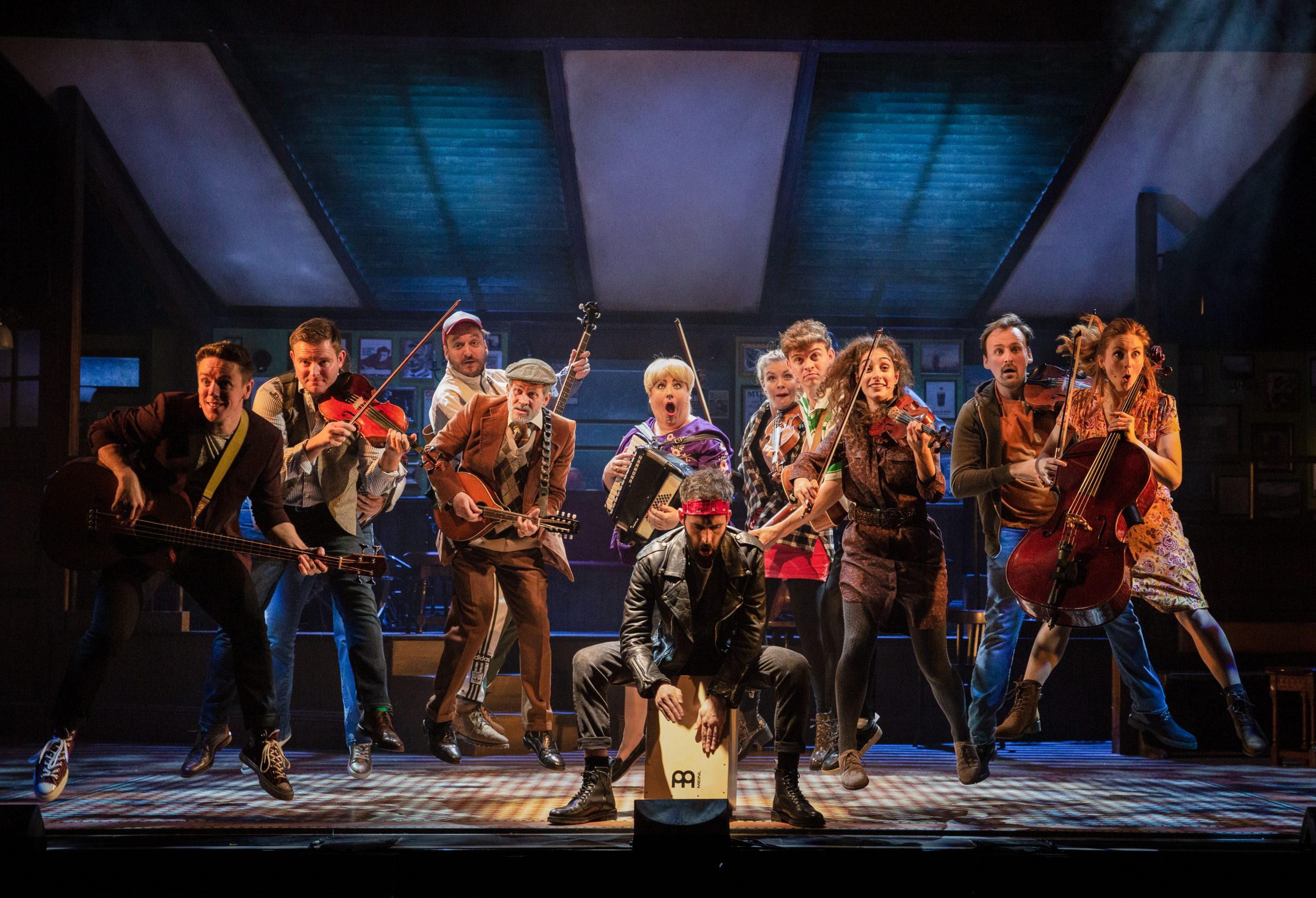 Once continues at Milton Keynes Theatre until Saturday 22 February 2020.