Trailblazing arts collective The 7 Fingers will showcase its signature blend of circus and dance at Milton Keynes Theatre this week.

Dance Consortium, which presents the best international contemporary dance to audiences across the UK and Ireland, is proudly welcoming its first touring company since the pandemic began.

The 7 Fingers is based in Canada, the home of the modern circus, and was established by seven founding members in 2002. After performing with some of the world’s most celebrated circus companies, including Cirque du Soleil, they joined forces to redefine the art form.

These multitalented mavericks looked beyond the spectacle of circus to focus on its thrilling essence. They fused the astonishing acrobatics and physical skills with dance, drama, multimedia and music. Unsurprisingly, their inventive approach has won worldwide acclaim. 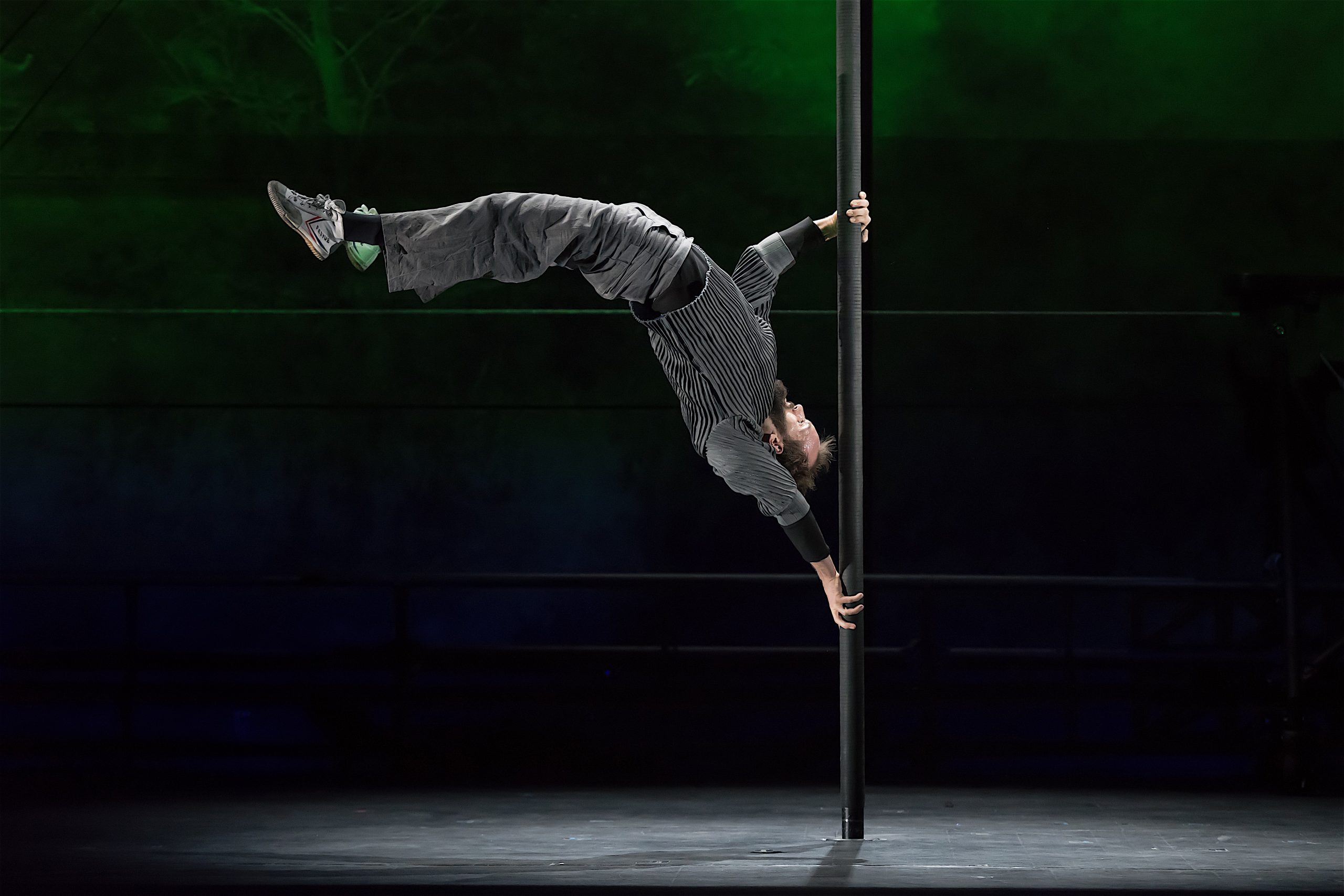 The name ‘The 7 Fingers’ (Les 7 Doigts de la Main) is a playful twist on a French expression – les cinq doigts de la main (‘the five fingers of the hand’) – that describes independent and unique elements working together. The artists create collaboratively but continue to evolve individually; the intention is to ensure an ever-improving collective greater than the sum of its parts.

New show Passagers (Passengers) promises to whisk audiences off on the journey of a lifetime. Devised as an homage to travel, love and the power of storytelling, the 90-minute production follows a diverse group of strangers who meet on a train.

These travellers exist in a temporarily suspended reality while the train rolls along the tracks. Sharing a carriage leads to sharing stories and the characters reveal their emotional states through virtuoso acrobatics, contemporary dance, live songs and original music. 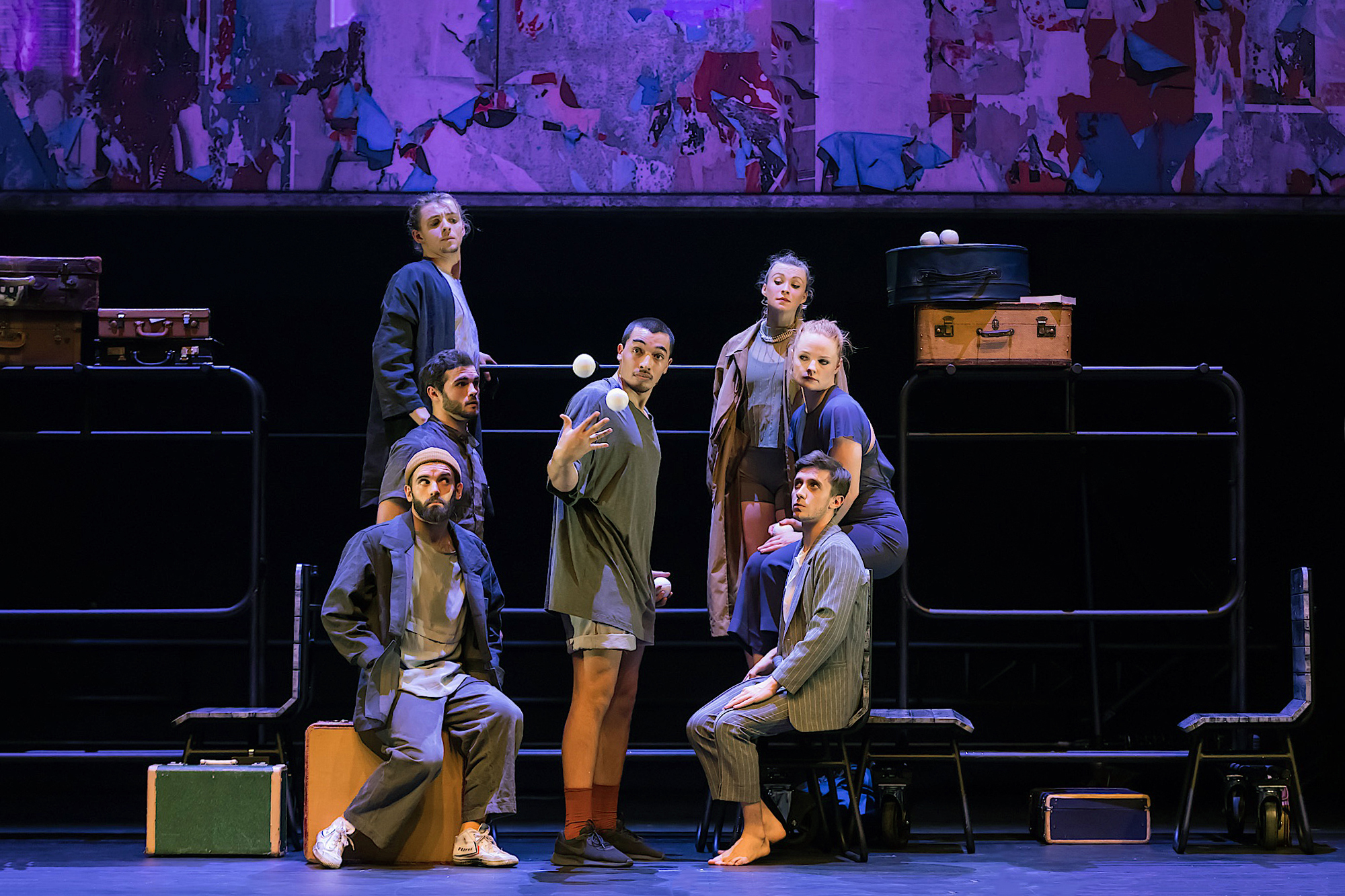 The show was devised in 2018 and, like many, last performed in early 2020. This season’s UK premiere of Passagers is infused with a new perspective in light of the pandemic. The nostalgia and anticipation of travel means more to us than ever. And The 7 Fingers’ staging of circus as expression has perhaps never been more significant either.

“I think that circus is the most apt form to demonstrate our interdependence on one another. If one person is not there for the other, something catastrophic would happen. Even in the mechanics of that, there’s something incredibly profound and beautiful – particularly at this moment that we are all living. Circus naturally brings a real sense of joy and triumph. And almost a glimpse of immortality or invincibility because humans are doing these things that you don’t expect or believe they could do. So that does give us a sense of hope and faith.”

After pandemic postponements and lacklustre lockdowns, don’t miss this opportunity to welcome exciting international dance back to Milton Keynes Theatre!

The 7 Fingers performs Passagers at Milton Keynes Theatre on Friday 24 and Saturday 25 September at 7.30pm.

Update 25 September 2021: Read my review of The 7 Fingers’ Passagers at Milton Keynes Theatre.