Discover what baking can do when Waitress serves up a delicious confection of peppy songs, romance, drama and comedy at Milton Keynes Theatre.

The smash-hit show is stopping off in the new city from Monday 4 October as part of its first UK and Ireland tour and musical theatre lovers are in for a treat.

Baked straight from the heart, Waitress tells the story of Jenna, a waitress and pie-maker extraordinaire at a small-town diner, who dreams of a way out of her unhappy marriage. Could the arrival of a hot new doctor and the announcement of a pie-baking contest turn Jenna’s life around?

With the support of her workmates, Becky and Dawn, Jenna faces up to unexpected challenges and finds that laughter, love and friendship are essential ingredients in the recipe for happiness. 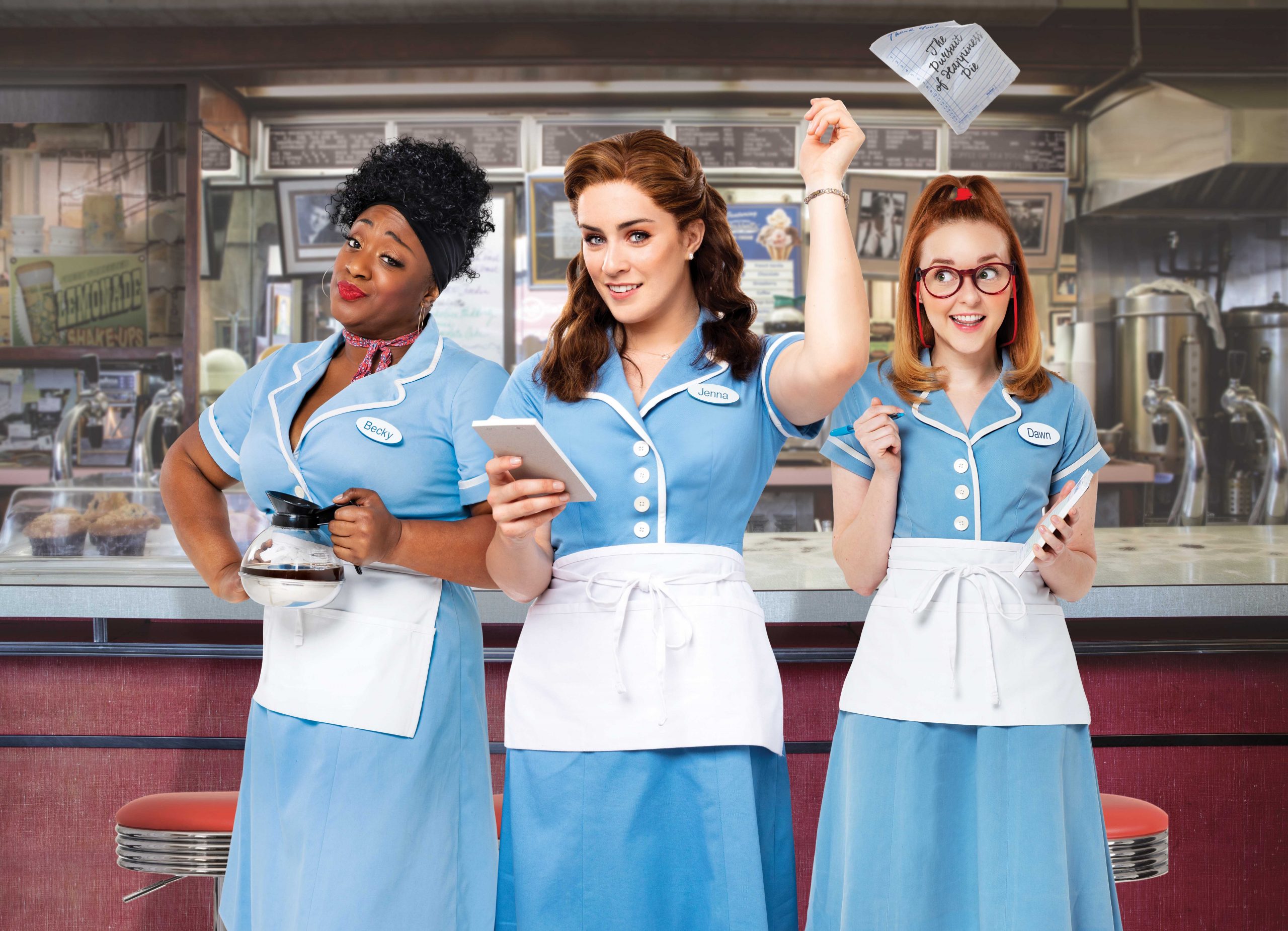 Lucie Jones reached the finals of ITV’s The X Factor in 2009. Her musical theatre roles include Cosette in Les Misérables, Elle Woods in Legally Blonde and Jenna in the West End production of Waitress.

Sandra Marvin will be recognised by soap fans for her portrayal of Jessie Grant in ITV’s Emmerdale. Her musical theatre roles include Miss Motormouth Maybelle in Hairspray and Becky in the West End production of Waitress.

Evelyn Hoskins played the role of Dawn in the West End production of Waitress. Her theatre and television credits include Spring Awakening and Casualty.

Matt Willis is best known as the bassist and co-vocalist of pop band Busted. His theatre and television credits include A Christmas Carol, Wicked and EastEnders.

Waitress is based on the film of the same name and made Broadway history as the first musical to have women in all the top creative spots.

Writer Jessie Nelson adapted the story for the stage from Adrienne Shelley’s 2007 film. The score is by seven-time Grammy-nominated singer-songwriter Sara Bareilles. The choreography is by sought-after dancemaker Lorin Latarro. And direction is by Tony Award winner Diane Paulus.

Waitress is at Milton Keynes Theatre from Monday 4 to Saturday 9 October.