Fee-fi-fo-fum, panto is back at Milton Keynes Theatre and the long-awaited Jack and the Beanstalk is gold-standard entertainment for everyone!

After so many restrictions and changes of direction in the real world, the only way is up (and sometimes around) in this giant pantomime spectacular. Ashley Banjo headlines in the title role and the other members of street dance troupe Diversity play his siblings. This means the dynamic moves on display throughout the show are slick, synchronised and seamlessly integrated into the story.

Pounding music and flashing lights welcome us to the Land of the Giants. Thunderous footsteps reverberate around the auditorium as we are introduced to the villain, Fleshcreep, who does Giant Blunderbore’s bidding. Most of the action then orbits around the Village of Roundybout, home to Jack Trot and his girlfriend, Princess Jill. Later, a foolish exchange involving the Trot family’s cow, Daisy, motivates our panto stars to climb up an enormous beanstalk to Cloudland. Here, daring and defiant, they take on an angry giant. 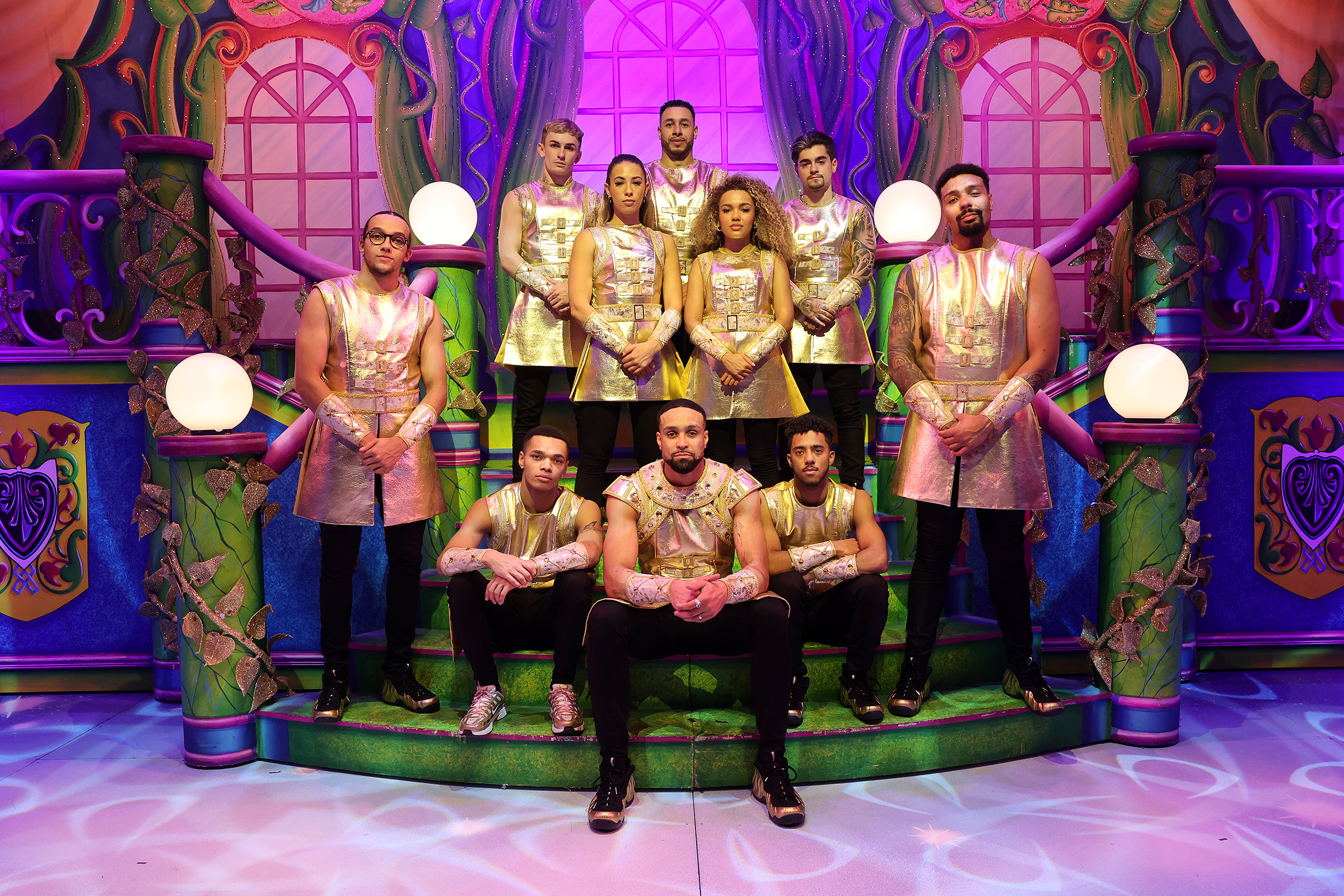 Spirits are sky-high onstage and in the audience – and likely backstage too. No one will ever take theatre for granted again. Admittedly, the Trot family jokes about becoming rich enough to be able to swerve appearing in panto, but it is clear that spectators and performers alike relish this annual tradition!

The unique charm of pantomime is that it is a site-specific, topical and participatory form of theatre. Jack and the Beanstalk comes out on top in all aspects. The script conjures up plenty of quips about Milton Keynes (“132 roundabouts – there are only 9 circles in Hell!”), puns about the pandemic (“they were in a bubble long before the virus came along”) and gentle goading to get the audience involved (“it’s not the telly – I can see you!”).

He is no giant in stature, but Silly Simon Trot (comedian and magician Pete Firman) is the character who has the audience in the palm of his hand. With a knowing look, he advises us to suspend our disbelief and be convinced that he really is Ashley Banjo’s brother. Arguably, by the time the jam-packed dance-off rolls around he is fitting (or should that be flipping?) right in. When he is not regaling us with chat-up chit-chat or lip-synching his way through a hilarious retelling of his disastrous date, Simon is a wannabe magician. He performs a striking drawing trick and delivers a meaningful monologue about friendship that floats into the realms of illusion. He also demonstrates a sleight of hand that we could all do with to restock the drinks cabinet at Christmas. 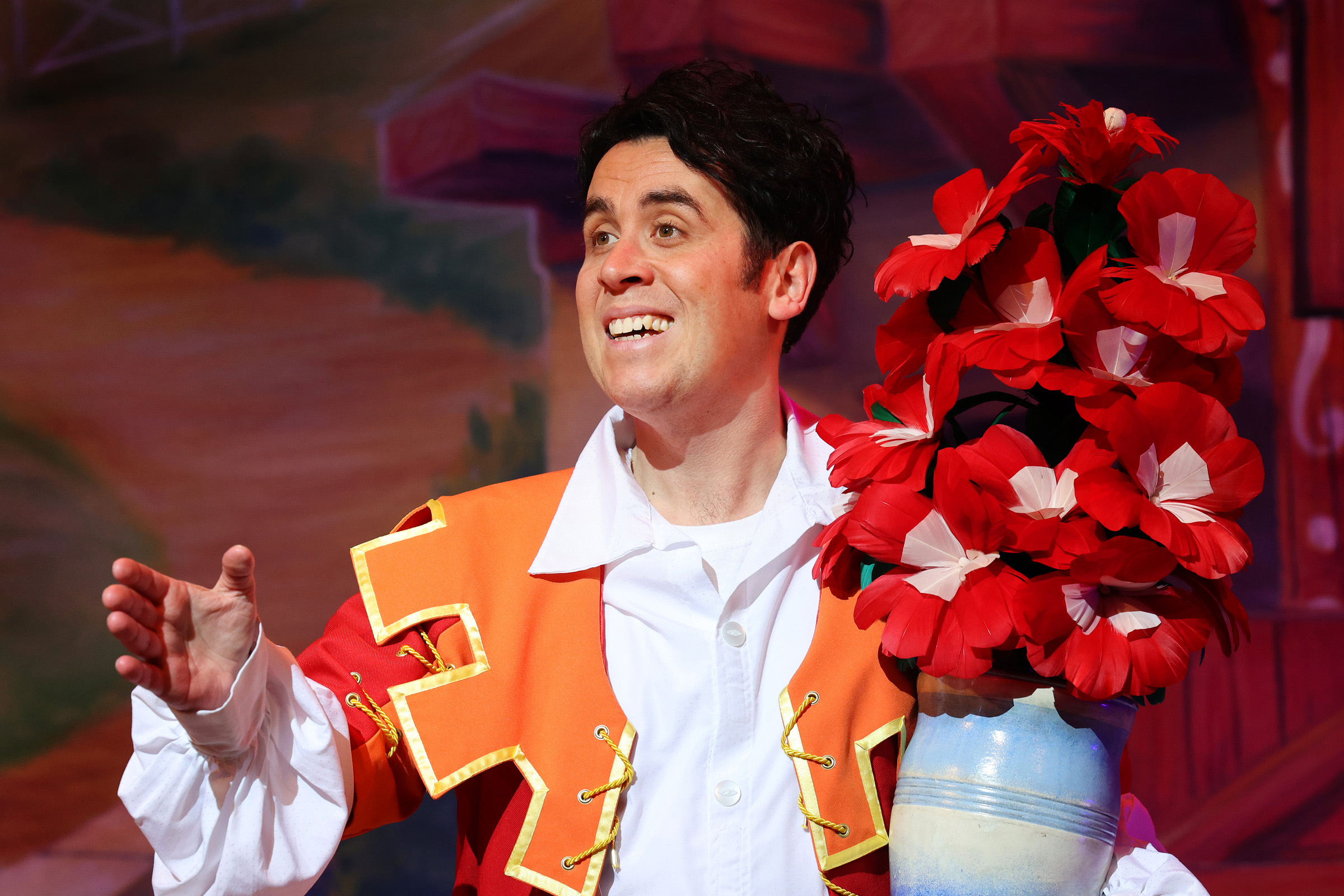 Dame Trot (Jack Land Noble) is mum to Simon, Jack and their somersaulting siblings. She totters through scenes in sparkly shoes and flamboyant outfits, scolds her silliest son with witty one-liners and throws those worthless beans onto the vegetable patch with Parisian panache. But what makes Ma Trot a dame to be admired is her affinity with the animals. It is her idea to enter the family’s lovable cow, Daisy, in the county show.

The farmyard frolics are fabulous fun. Daisy flutters her eyelashes, waggles her ears and rhythmically sways from side to side. She milks her time in the spotlight with some great moooves, especially when she shakes her rump. Still, she faces fierce competition as other hoofers showcase Irish and tap dancing skills and boogie like they have never heard music in their barn before. It’s cute, cuddly and cleverly choreographed.

Concrete cows are synonymous with Milton Keynes. Ask yourself, is a cow just for Christmas? Maybe Daisy should live permanently at the theatre from now on.

Daisy aside, girl power abounds in Jack and the Beanstalk thanks to plucky Princess Jill (Laura Evans) and magical Mother Nature (Gina Murray). The words sparkle, songstress and sorted come to mind in relation to performances from both of these leading ladies. Sparkle because they are both enchanting in their own way – Jill is a princess and Mother Nature is a fairy. Songstress because there is no disputing their amazing vocals. Sorted because Princess Jill makes key decisions, while Mother Nature narrates the show (in rhyming couplets, of course) and casts the spell that makes the beanstalk grow to such an astonishing height. 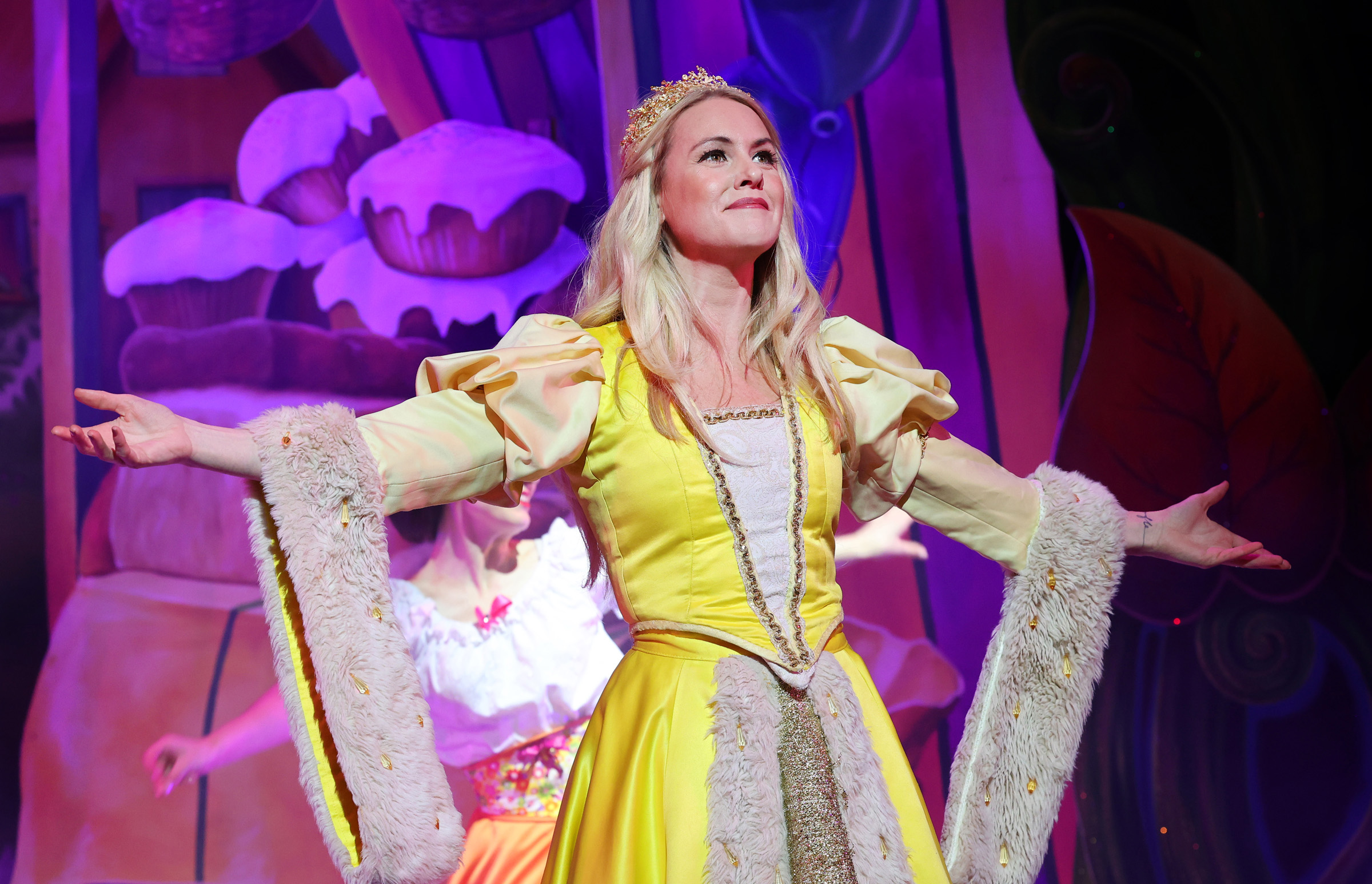 Fleshcreep (Daniel Boys) is a very boo-able baddie. He successfully alienates the youngest members of the audience early on when he suggests he might serve up “steak and kiddie pie” for the Giant’s tea. Perhaps his most cutting remark to his castmates is when Diversity enters: “oh look, it’s Flawless”.

Ashley Banjo is full of beans as hero Jack and delights in his opportunity to blow the audience away with the amazing scene that closes the first act. He is also game for a laugh when he joins the good old saucepan-and-wooden-spoon line-up and the crowd-pleasing ‘If I Were Not In Pantomime’ routine.

Jack and the Beanstalk boasts exuberant dancing, family-friendly comedy, incredible magic and a sense of adventure. The production values make this a true giant of a pantomime – the colourful sets and costumes make you feel as if you are stepping into the pages of a storybook, the beanstalk grows before your eyes and the stunts really are spectacular.

The beanstalk the characters find themselves ascending, in pursuit of their all-important happy ending, grows with the help of a sprinkling of fairy dust. It has taken more than fairy dust to get this show onstage and the standing ovation from the audience on press night shows our appreciation.

Panto is back, don’t miss out! 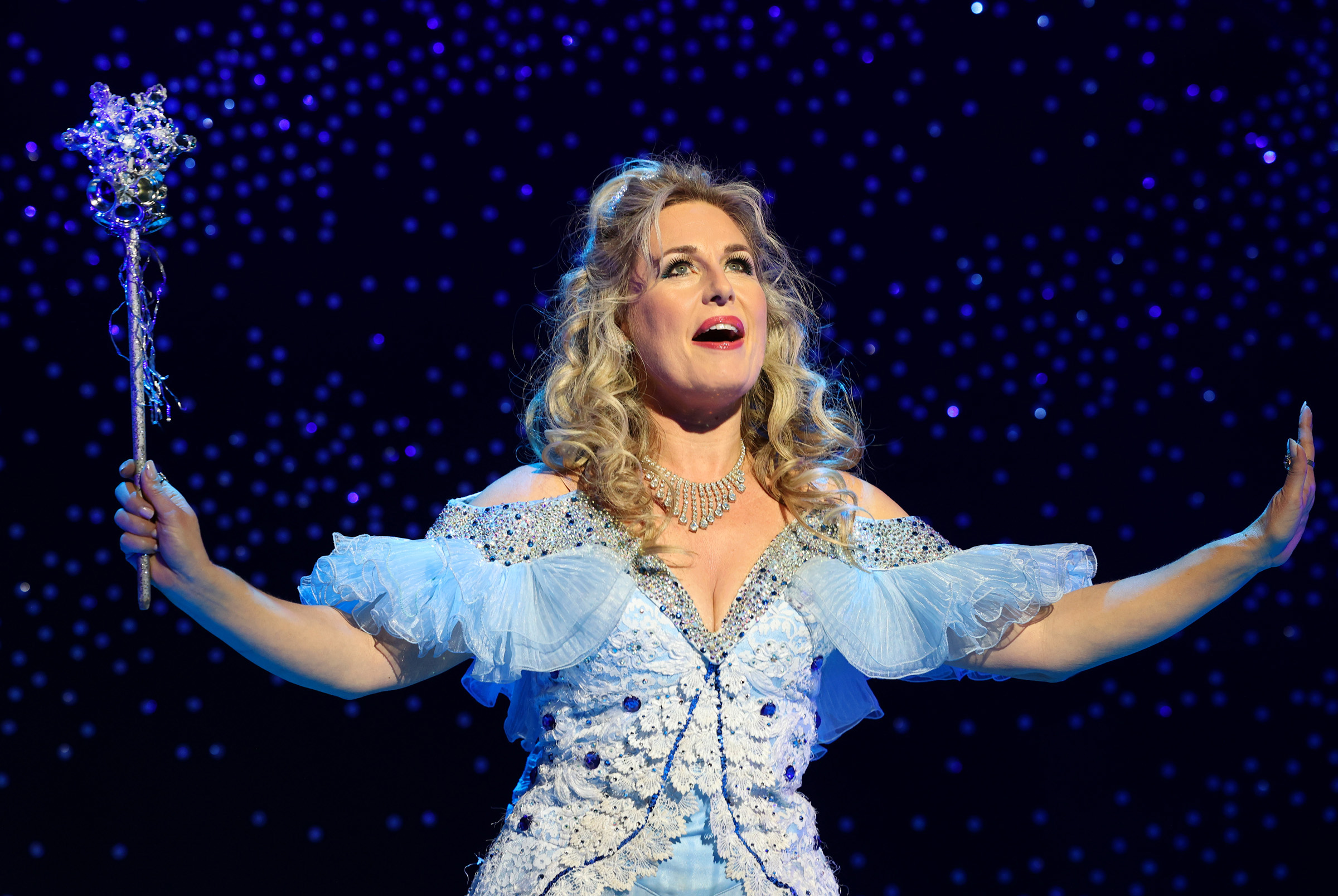 Approximate running time: Act One is 55 minutes, the interval is 20 minutes and Act Two is 40 minutes.

Jack and the Beanstalk continues at Milton Keynes Theatre until Saturday 8 January 2022.