An invitation to this lavish narrative ballet, set in an era of dreaming and dancing, is the perfect way to welcome Northern Ballet back to the city. David Nixon’s stylish production captures the spirit of F. Scott Fitzgerald’s novel by gliding through scenes that fizz with razzmatazz, romance, reflection and rage.

Fitzgerald’s poetic, perceptive prose provides a sage social commentary on a particular age – the Roaring Twenties. Still, Gatsby’s story is as relevant today as it was when it was published in 1925. Why? Well, because it deftly explores universal themes, including love, loneliness and longing. 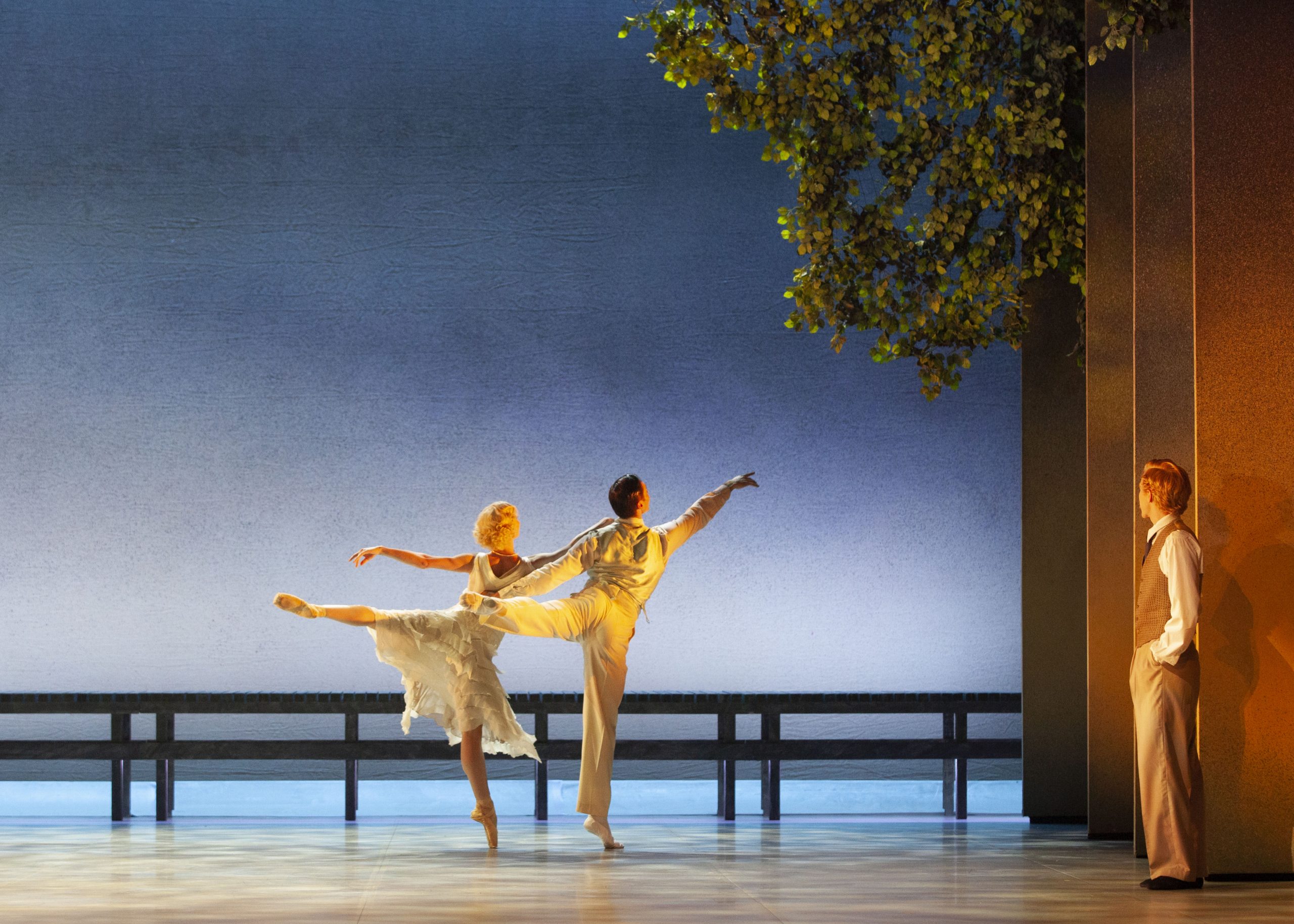 Such themes can be presented through both the form of words specified on a page and the feeling behind steps danced on a stage. The reader, of course, may linger, absorbing and analysing ideas at leisure. The viewer, however, must experience an immediate reaction, in response to fleeting movement. Accordingly, Nixon’s choreography spotlights expressive characterisation and uses flashback figures to weave in memories. Individuals are clearly held back by the past as they reach out towards the future. They distract themselves from reality by dressing up to down drinks and dance the night away.

It’s 1922. Nick Carraway moves to Long Island, near New York City, to pursue the American dream. Self-made millionaire Jay Gatsby lives in the mansion next door to Nick’s cottage and throws dazzling parties. Gatsby appears to have it all but is chasing his own dream: to prove himself worthy of his true love, Daisy Fay, whose heart he won before leaving to fight in the war. Daisy, who is Nick’s cousin, is now unhappily married to wealthy Tom Buchanan and lives on the other side of the bay.

Daisy introduces Nick to golf champion, and gossipy socialite, Jordan Baker. Nick discovers that Tom has a mistress: Myrtle Wilson, who is married to mechanic George. Jordan and Nick start dating, learn about Gatsby’s connection to Daisy and arrange a reunion. Daisy and Gatsby begin an affair. Suspicions, confrontations, revelations and tragedies follow as dissatisfied people strive to have it all. 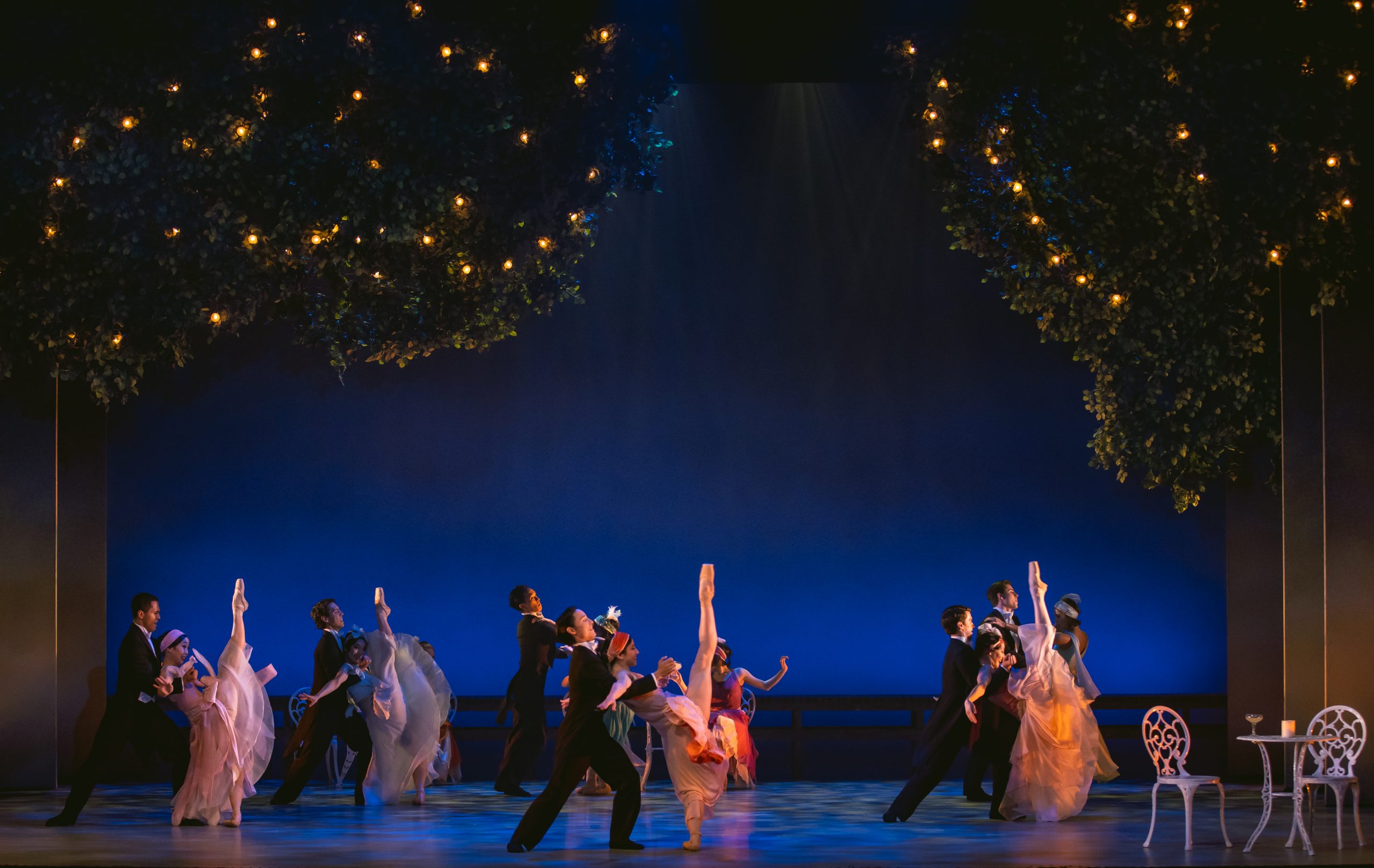 With seven main characters to embody – as well as glamorous soirees to swing through – Northern Ballet’s dancers admirably bring life and soul to moments of merrymaking and melancholy. One moment, kicking up their heels without a care in the world. The next, wearing their hearts on the sleeves of their exquisite, Chanel-inspired costumes.

The Jazz Age is associated with the freedom people felt on the dance floor and Nixon’s bubbly, syncopated group routines celebrate this. Revellers in colourful drop-waist dresses bounce into exuberant Charleston moves on pointe – jazz hands waving, swivelling feet flying. These sophisticated flappers fall back into the arms of admirers in black tie and tails, kicking a leg straight up to the sky. Later, the men jump, legs bent towards their chests before uncoiling explosively into rotating, airborne splits. A knees-up indeed! Seemingly uninhibited social dancing sets the tone at other gatherings too – ballet blends beautifully with ballroom at dinner dances and for a tantalising Tango. 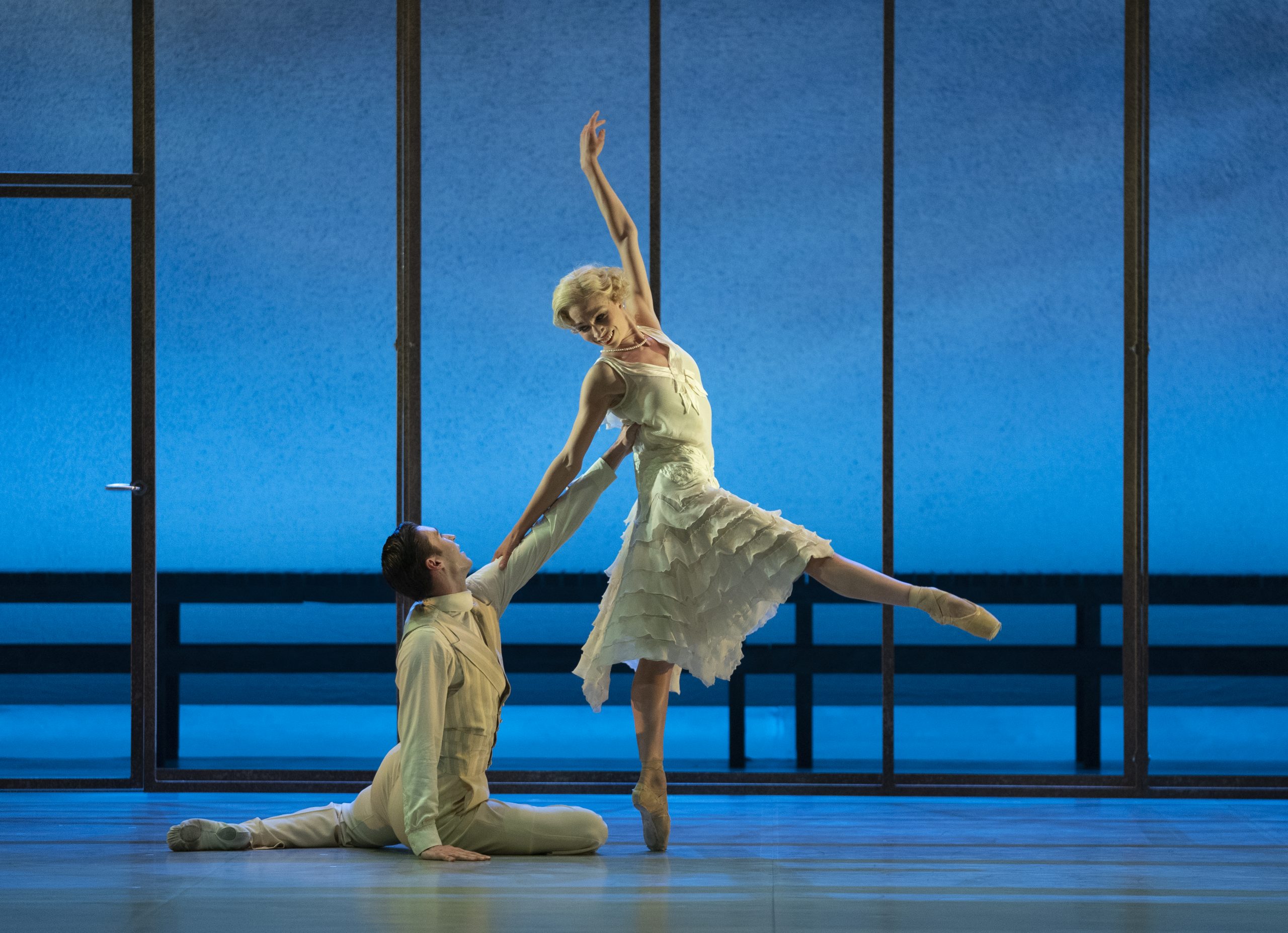 Gatsby reminisces by dancing alongside his younger self, mirroring steps. He dances with Daisy as he remembers her, swept up in the promise of possibility. He is always drifting back to the girl he used to know. There is rather a lot of this, but Gatsby is rather fixated on the past. When he dances with present-day Daisy, he whisks her off her feet and they float.

In stark contrast, Myrtle and George are grounded. Earthy. In the garage, they circle their limbs and roll their hips. They ripple and arch their torsos during off-kilter turns. She flirtatiously rounds off her day with a call from her lover. He spins a tyre, slides over and spirals. In the bedroom, frustrated acrobatics take place, on the bed and on the floor.

The whole company looks strong. Sean Bates dances with easy elevation and balances awe, alienation and affection as Nick. Minju Kang is a vivacious Myrtle, while Riku Ito flows through shapes and emotional states as George. Heather Lehan levitates in lofty leaps as Jordan. Abigail Prudames flutters and frolics delicately as Daisy. Lorenzo Trossello is dangerous and demanding as Tom. Harris Beattie and Rachael Gillespie are earnest and dainty as Young Gatsby and Young Daisy. Joseph Taylor is distant, persistent and a gallant partner as the great Gatsby. However casting falls, expect the acting and dancing to be spot on.

The moral of this ballet? By all means dream, everyone needs something to strive for, but leave the past in the past and live an authentic life. And dance whenever you can!

Northern Ballet’s The Great Gatsby continues at Milton Keynes Theatre until Saturday 28 May.