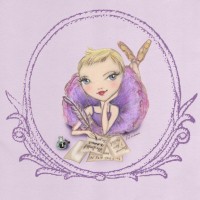 Georgina Butler is a journalist, a dance writer, and a dance teacher who specialises in teaching classical ballet.

Posts by this author:

Broadway smash hit Legally Blonde The Musical is a ridiculously enjoyable show. It opened at The Savoy Theatre in December 2009 and has been playing to packed audiences ever since. What’s more, it won… END_OF_DOCUMENT_TOKEN_TO_BE_REPLACED

Strictly Come Dancing favourites and former world champions Vincent Simone and Flavia Cacace are sensational in their dazzling new show, Midnight Tango. Vincent and Flavia have been dancing on the BBC’s flagship show for six… END_OF_DOCUMENT_TOKEN_TO_BE_REPLACED

COURAGEOUS AND COMPULSIVE CLEOPATRA   Northern Ballet’s Cleopatra is a mesmerising production which beautifully illustrates the Company’s strengths. The show takes the audience on a journey akin to wandering through an extravagant museum exhibition, effectively bringing… END_OF_DOCUMENT_TOKEN_TO_BE_REPLACED